Richard wanted to get going early this morning as we needed to reverse down to the marina entrance to wind.  The canal in Braunston is sometimes like the M25 and he didn’t want to get caught up in passing boats.  As it turned out there wasn’t another boat coming in either direction and the reverse was immaculate – none of the usual weaving from side to side.  The wind was perfect too so all in all a very successful manoeuvre!  We had breakfast while filling with water and then went down to the elsan point which was backed up – thank goodness Braunston has another emptying point.  I phoned C&RT to let them know about the blockage and got through to head office who put me through to the local office.  The phone was answered by a very nice man saying “hello Linda” – so what you might say but I hadn’t given my name!  Obviously my name must be linked to my mobile number but it was a surprise. 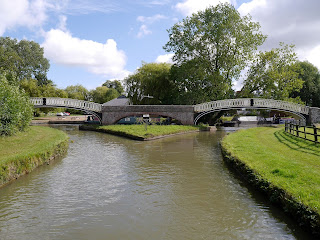 We only travelled just over a mile before stopping at one of our favourite spots by Chambers Bridge – it’s not the prettiest of bridges but it’s a lovely spot to moor.  A few years ago there used to be a lovely view from the boat down over the fields but the hedge has grown up now and you can only see the view from the towpath.  I did suggest to Richard that he get the shears out and cut the hedge down but he didn’t think it was a good idea. 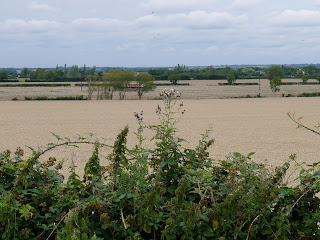 We knew it was going to rain and we weren’t disappointed as it came in about 4pm – so that was us for the day.

As it was a miserable afternoon I did some internet research and came up with a few interesting things. 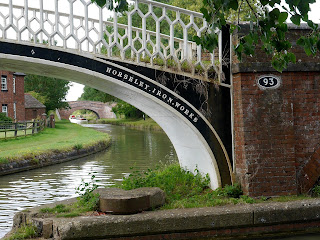 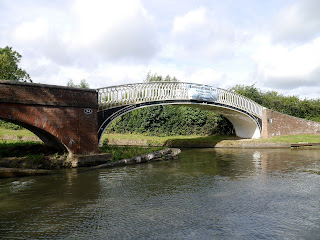 At Braunston Turn, the beautiful pair of cast-iron bridges with low graceful arches stand as proof that materials such as iron and the technique of mass production need not result in ugliness.  The work was completed in 1834 and worked perfectly when the canal at Braunston was a very busy commercial thoroughfare. 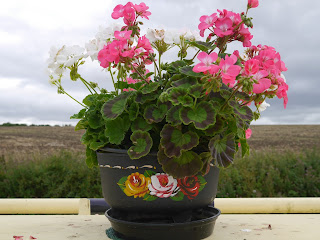 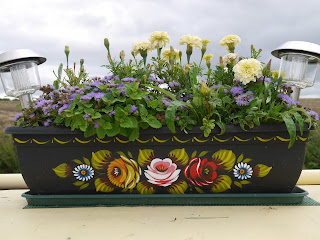 The earliest evidence of 'painted flower' decorations comes from no less a source than Charles Dickens, who passed through Braunston with his friend Leigh Hunt in 1857.  Dickens noticed the work of a 17 year old clerk called Arthur Atkins and commissioned a can from him at the Stop House.  My planters don’t have the castles on but they certainly have the roses.