Marsh Lock first this morning and then on into Henley.  We were greeted by these children out for a day’s rowing.  What a lovely way to spend a school day!  We moored up and walked into town to get the things I forgot to put on my list yesterday (and I still didn’t get any cheese!)  We had a coffee in the park and then got on our merry way. 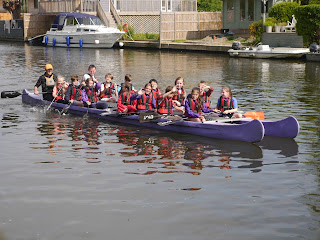 This house is still for sale.  I know I saw the for sale sign last year but looking back in the blog I see I commented in July 2014 that it was for sale for £877,950.  Even though it has a Hamptons for sale sign I can’t find it on their website. 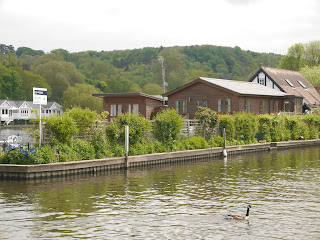 For the first time we cruised down the Henley rowing course – it did seem a bit strange! At the end of the course is Temple Island with its folly which appears to be undergoing a renovation. 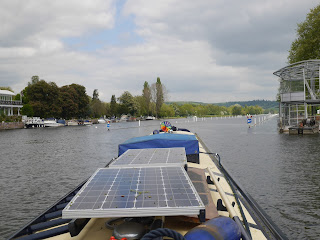 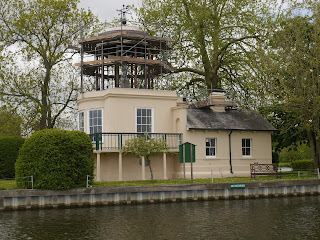 The Lockie at Hambledon Lock commented on the eyes on the front of Mary H - they aren't supposed to be eyes!  He also said that boats in Cambodia and Vietnam often have eyes on their bows to ward off sea monsters – we will be OK then!!!  Strangely enough I took a photo of Mary H yesterday coming towards me so you can see for yourself.  She isn’t balanced properly at present – Richard balanced her during the winter and then I got onboard with all our stuff and of course she leans to one side! 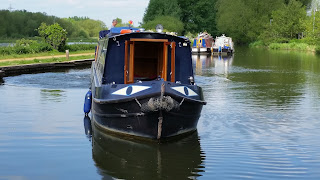 Would anyone like to buy this semi-detached house on Marlow Lock?  It will see you back a cool £1,999,500 – remember it’s a semi!  Do check it out though Thames House, Marlow. 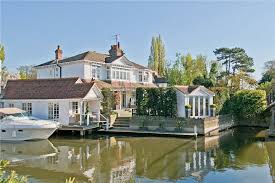 We were going to moor on Cookham Meadow but there was a chilly wind so we moved down to Cookham Bridge.  Opposite us is a huge house which had been under construction for quite a few years.  Planning permission was granted in 2011 for detached 9 bedroom dwelling and linked building comprising boat house and gymnasium with guest accommodation over, swimming pool with associated plant room and changing rooms, workshop/garden store/double garage with staff accommodation over and detached double garage.  Apparently the grounds were under water in the floods.  I can’t find any new mention of it on the internet or who owns it. 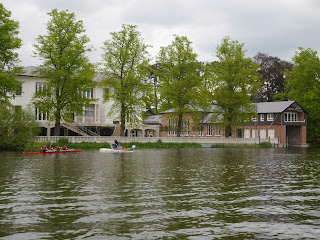 We were quietly minding our own business, me down below and Richard on deck when I realised that there was a rather obnoxious small.  I looked at Muffin and he was covered in fox poo!!!  He was duly scrubbed and showered and still smelt of poo so I put a post on Facebook and tomato ketchup was suggested.  So back in the shower to be smothered in ketchup and then rinsed off.  The smell does seem to have mostly gone thank goodness.