I had a lazy morning – breakfast in bed!  The men were under way at 8.30am – why I ask???  I went in the shower as we approached the first lock – big mistake!  The boat wasn’t tied on and it was fun (not) showering as we bashed around!

As we approached the second lock (57) another boat (Yellow) was going in so we joined them.  Then the fun started.  The pound above was VERY low - Richard eased us out but we didn’t get very far before we grounded with all crew on board.  Yellow boat’s crew went up and let some water out from the lock above (56) as I rang C&RT (9.07am) and was told that someone would call me back.  Gradually we managed to move up the canal as another two boats came down and flushed a whole lock full down.  Sadly, the yellow boat still wasn’t able to move and eventually he was sandwiched between the two boats going down – all were grounded.  The lady from Yellow boat said that we should go on so hopefully another lock full would flush the boats off the canal bottom.

Berkhamstead is lovely as you approach it from the south.  I saw the sign in the first photo as I was doing the lock but as I looked more closely ……… 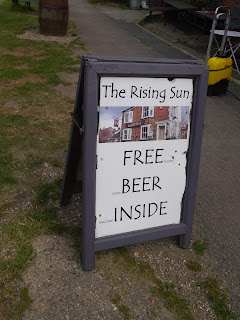 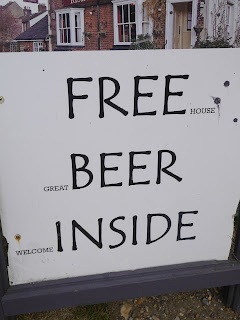 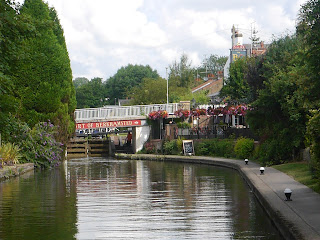 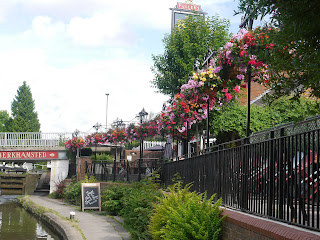 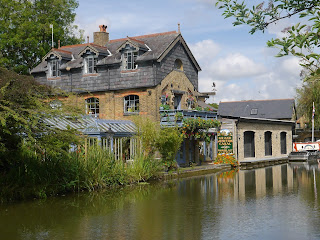 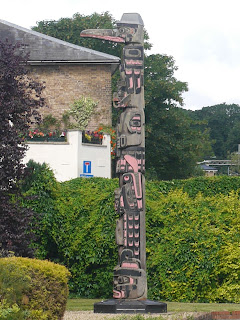 So now we were about to accomplish our mission!  Jim was born in Northchurch and spent a lot of his misspent youth in Berkhamstead so we stopped just after Lock 53 and he went to have a look at the High Street while Richard and I ventured to Waitrose.  Jim said that the High Street looked basically the same – Lloyds Bank and The Kings Arms are still there but of course all the shops have changed – well it is 50 odd years since he was last there!!

As we got back to the boat Yellow boat appeared – they had been stuck for ages!  We shared the next 3 locks them finally finding a C&RT man at Lock 50 flushing water down.  He said it was the second time this week that the same pound had gone down.  (I never did get a call back).

We said goodbye to Yellow boat at Lock 50 as we were stopping short of Lock 49 so that Jim could go and see the house he was born in and the one next door that his father built and where he was brought up.  Jim knocked on the door and an elderly man came to the window.  He told Jim that he was 90 and almost blind but when Jim mentioned his surname the old man opened the window and seemed really pleased to meet Jim.  His Mother-in-Law had bought the house from Jim’s father in 1970 for £8,000 and then his wife inherited it.  We had a wander round the garden which, to Jim, looked smaller!  I had been to the house just once for Christmas Day but it snowed and we couldn’t get down the drive and we all had to doss down! 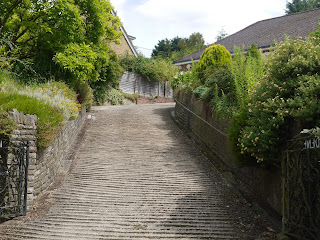 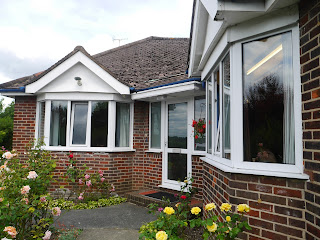 Back at the boat we did another two locks.  At 49 somehow we managed to get the bow stuck on the cill (we were going up so the lock was filling) – Richard yelled to drop the paddles and open the bottom ones and gradually the water level went down and the bow was released – very odd. 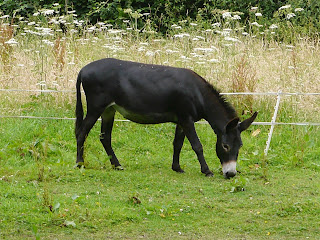 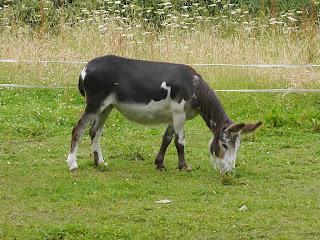 We moored up with two lovely neighbours!  The coloured donkey brayed very loudly and poor Muffin was terrified – he fled down into the boat and hid under the table.  Fortunately, it was a one off bray!!