We were up and about relatively early and getting ready to go down to Teddington.  We said our goodbyes to Ray and Diane and followed Ewn ha Cul down river. 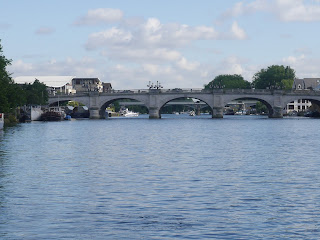 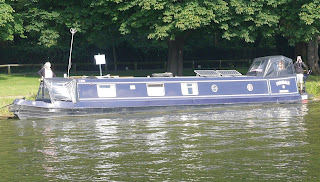 There were quite a few boats waiting to go through the lock and we eventually were one of seven (four narrowboats and three motor cruisers) going down the tidal Thames. 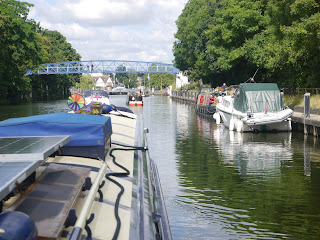 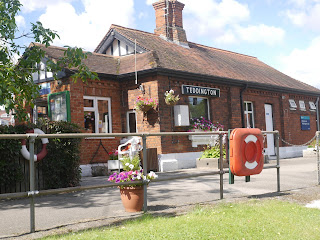 It was a lovely cruise – you do get to see some interesting things!  In the second photo you can see a car on the edge of the river – I do wonder how they got it there.  The third photo I remember seeing a few years ago – it doesn’t seem to have changed. 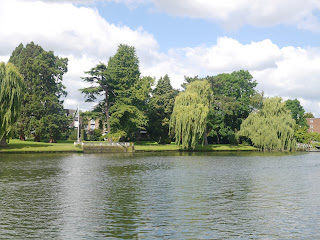 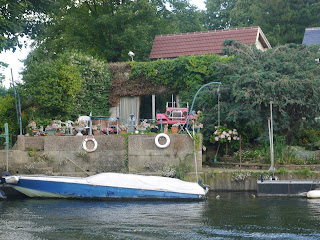 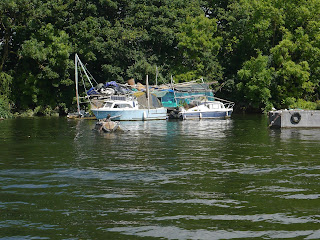 I love this part of the Thames down through Richmond and Petersham Meadow. 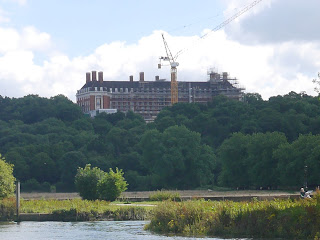 This is The Royal Star and Garter Home which was built between 1921 and 1924 to provide accommodation and nursing facilities for 180 seriously injured servicemen. The Royal Star & Garter Homes, the charitable trust running the home, announced in 2011 that it would be selling the building as it did not now meet modern requirements and could not be easily or economically upgraded. The building, which is Grade II listed, was sold in April 2013 for £50 million to a housing developer, London Square, which, as of 2016, is restoring and converting the building into apartments (check out the website to see the apartments). 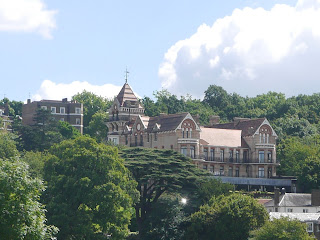 The Petersham Hotel which was built in 1866 as a hotel.

And then Richmond Bridge and these flats. 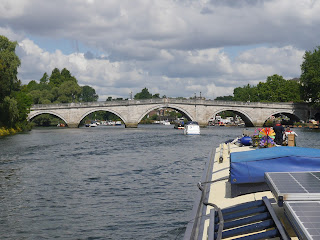 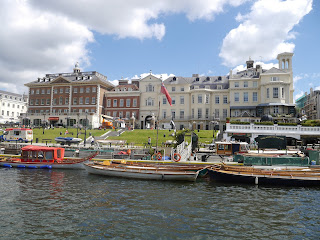 Before we knew it we were at the junction with the Grand Union.  I think five of the seven boats were going the same way but as we were tail end Charlie I don’t really know.  We locked through with another narrow boat and turned onto the wharf and breasted up against Ewn ha Cul as they were getting water.

It was then Clitheroe’s and Osterley locks before the Hanwell flight of ten locks.  Dot and I got into a good rhythm of doing the locks but it was a really hot afternoon and the gates were very heavy but we were both determined to do it and not give in to the men!

I didn’t have time to take any photos this afternoon but this is one from two years ago. 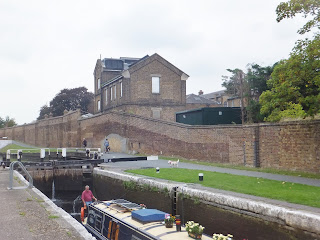 Last time we came this way in September 2014 we were in the middle of a missing person’s hunt.  Alice Gross had gone missing on August 28th and the canal was being searched.  We just got through as they closed the canal a day later to drain it.  Alice’s body was found in the River Brent, which joins the Grand Union just before the bottom lock, on October 1st.  I felt very sad as we passed the junction knowing that we were so close to where she was found.

We carried on to Bulls Bridge Junction and moored up opposite Tesco.  Dot and I decided we would have a quick trip to Tesco only to find that, though we could see the blooming place from the boat, it was a long way on foot!  We then sat out on the bank with a bottle of wine – or three – and put the world to rights :-)

Posted by Linda Gifford-Hull at 10:28