It was goodbye to the lovely Milton Keynes parks.  We are both pretty gobsmacked at how lovely it is.  We had gone through MK in 2010 but neither of us can remember any of it!

We passed over the Bradwell or Grafton Street Aqueduct which had to be built in 1991 when it was decided to construct another grid road connecting North Milton Keynes to the Central Railway Station.  It was the first of its kind to be constructed over the Grand Union in either 50 or 100 years depending on which website you look at!! 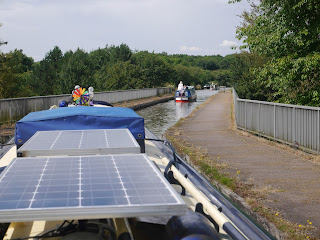 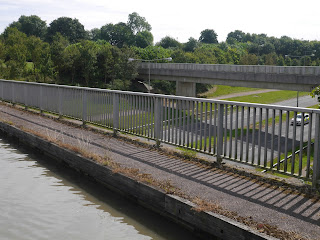 We stopped at Wolverton where there is a nice wharf with rings but sadly bad mooring and, what looked like, continuous moorers, meant that there was no space but we went on a bit and found somewhere to moor.  Wolverton is a railway town and there’s an impressive mural on the left to prove it. The facia of old railway workshops opposite where we moored disguises the fact that they have been gutted and regenerated. 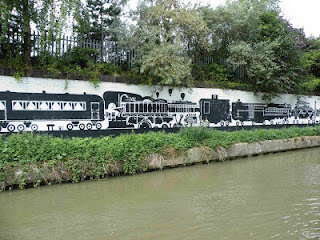 We walked to Tesco for a “top up shop”!  I don’t know if you have been watching BBC1’s   Eat Well for Less but I keep thinking of Greg Wallace and Chris Bavin and how they would be horrified at my “top up shops”!  It’s really only milk, fruit and veg that runs out.  Richard needed to get a new razor as we have lost the charging lead for his current one.  We have turned the boat upside down and Victoria has searched at home but it is nowhere to be seen.  I know that when we come to pack up in October we will find it!

There aren’t that many aqueducts on the canal system but we passed over our second one today.  This one is called Iron Trunk, for pretty obvious reasons, and is over the River Great Ouse. 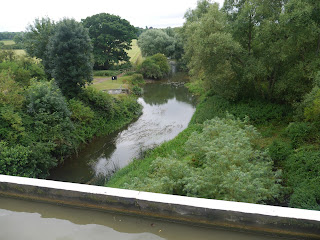 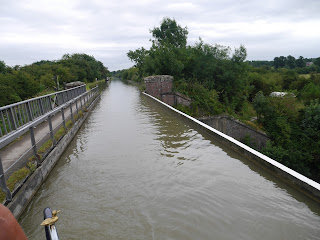 It was then on to Cosgrove where we found chaos below the lock with someone on the water point which is literally just below the lock and a hoard of children in kayaks.  Fortunately they all paddled off before Richard took the boat into the lock. 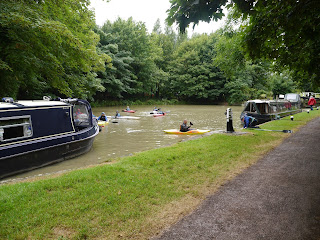 Just after the lock is the course of the Old Stratford and Buckingham Branch.  It used to be 10 miles long and had two locks.  An Act of Parliament, passed in September 1794, authorised the construction of the Aylesbury, Buckingham and Wendover arms. It was disused from 1932, but was not finally abandoned until 1964. It is now the subject of a restoration programme with the Buckingham end holding water for a length of nearly 400m. 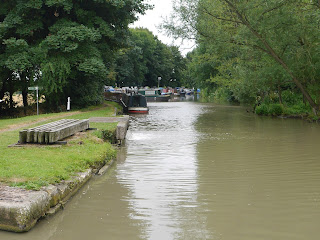 We were passing through the village of Cosgrove when someone said hello.  That’s not at all unusual but I suddenly realised that, under a smart hat, was Adam from Briar Rose.  I knew he was in Cosgrove and told Richard to look out for him but both of us forgot and it was a real surprise.  We pulled over and had a quick catch up before heading off.  There are some very nice new cottages alongside the canal – I bet they are expensive! 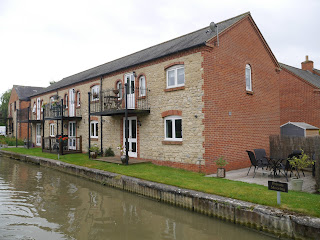 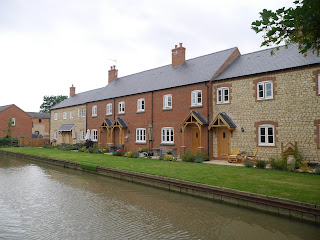 Under the Ornamental Bridge.  The gothic style bridge was built in 1790s at the insistence of a local landowner, the Biggins family when the two halves of the canal joined here, one from Braunston, the other from Brentford. It is one of only two ornamental bridges over the canal and is now a Grade II Listed Monument 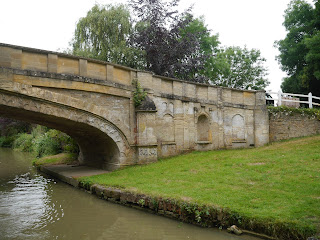 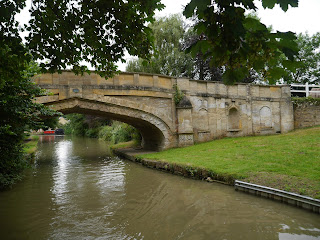 We stopped just before Bridge 62 thanks to Adam’s suggestion and it is lovely here.  This is the view from the side hatch. 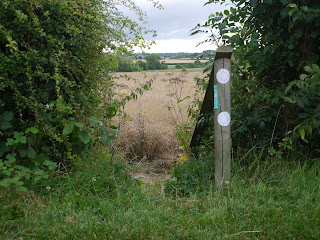