I woke up about 6am to go to the loo and Muffin didn’t stir.  I looked at him and he was sprawled out on his bed and he was breathing – phew!  He must have just been exhausted after yesterday.

We said goodbye to Christian and Emily and Richard helped them up the two locks into Stoke Bruerne.  We are staying put today as we need to keep an eye on Muffin as secondary drowning can occur 24 to 48 hours after submersion.
During the morning Richard took the opportunity to do a few jobs around the boat and I did some housework.

In the afternoon we became gongoozlers in Stoke Bruerne.  We walked up to the Blisworth Tunnel entrance to see the Ark Stained Glass place which is run by Martin Farrant.  He has some lovely pieces in there and it is well worth a visit. 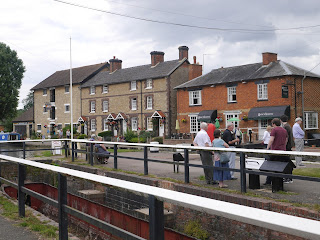 We walked back to the lock then up to the Church which sadly was locked. 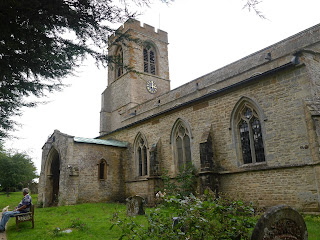 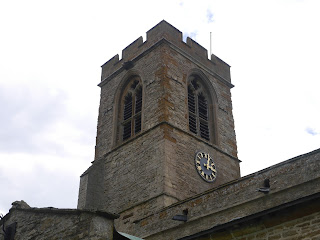 Back down to the lock and for a cream tea at the Canal House. 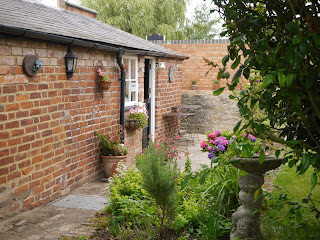 Stoke Bruerne was home to Sister Mary Ward, nurse to the boat people on the Grand Union Canal. After training and nursing on the Continent in the First War, she returned to Stoke Bruerne in the 1930s and established a surgery to provide nursing care for the boating families. Much of her work she funded herself, until eventually she received payment from the Canal Company. As well as providing medical care, she helped in many other social and practical ways, and was held in great esteem by the boating community She retired in 1962. The value of her service was officially recognised when she was awarded the British Empire Medal.

Stoke Bruerne is mentioned in the Domesday Book in 1086 as "Stoche" meaning "an outlying farmstead or hamlet". The form "Stokbruer" is used in 1254 being a suffix by the "Briwere" family of the Manor House.
Posted by Linda Gifford-Hull at 10:40