As Muffin seemed to be fine we left Stoke Bruerne.  This swan family thought they would see if we had a leaving present for them! 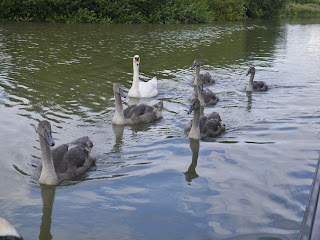 After the two top locks it was into Blisworth Tunnel.  The first photo is of the Ark Stained Glass but sadly we were too early to say hello! 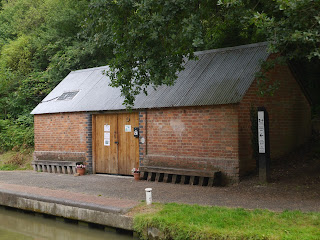 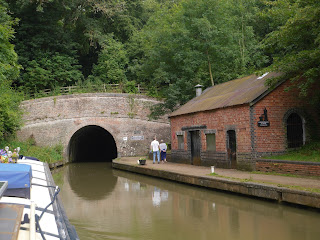 Due to changes in the shape of the tunnel over time, the tunnel became unnavigable. There was some major rebuilding of the tunnel in the 1980s, with sections lined with pre-cast concrete rings. It was also used to test out the materials that were later used on the Channel Tunnel. This photo is of one of the unused.  I’ve no idea who the lady is! 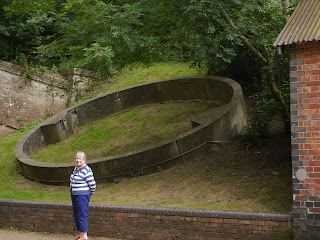 Muffin doesn’t like tunnels so I always sit down below with him.

Between 1800 and 1805, until the tunnel was opened, goods were carried over Blisworth Hill by a horse-drawn tramroad which ran from a wharf on the canal where it was crossed by the London-Northampton road to another near the northern portal of the tunnel. The building of the canal was an event of considerable importance for both the topography and economy of Stoke Bruerne and has continued to play an important part in the life of the community ever since.

We were then back into territory we really know as we used to keep the boat at Bugbrooke until Richard retired in 2010 and we started our continuous summer cruising. 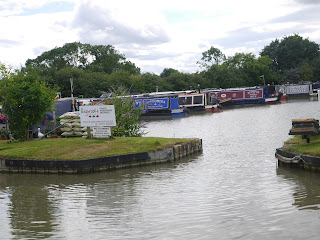 We stopped just after Bugbrooke Marina and went to the Wharf for Sunday lunch and to use their wi-fi!  Our TV recording system is very hit and miss and it hadn’t recorded a couple of programmes so I wanted to download them from iPlayer.  Also my iPad had 43 updates to do which I didn’t want to do from the boat.  The lunch was OK.  Richard had roast and I think got the better deal.  I have got so fed up with having a poor Sunday lunch that I decided to have a burger – not a good choice :-(

We moved on and stopped in the middle of nowhere.  Usually I can say that we are close to a bridge but not today but according to the map we are close to Nether Heyford.