We were so cold last night.  Richard had to get up and find a blanket to go over the summer weight duvet.  It seemed to take ages to get warm.

Muffin and I walked the first mile this morning.  We passed a Dutch barge with a butty chained to the front – sadly I didn’t have my camera with me as it did look strange.

We turned into Loughborough Basin and everyone went shopping.  This is the last stop for food for a while.  Richard walked into town to try and find a pair of trainers and a book.  He found a Waterstones and got two books but couldn’t find any trainers.  On his way back he noticed, that opposite the boat, there was a Sportsdirect and he managed to get some in there.  I am really relieved as he kept tripping over where the toe had come unstuck.

Down through Loughborough Lock then Bishop Meadow Lock where there is a strange looking “auditorium” at the bottom.  I have visions of a play being staged on one side of the canal and people sitting on the other side watching. 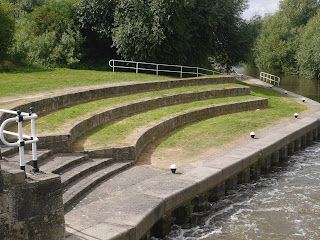 The river then winds over flat field which, at present, are being harvested.  On the approach to Normanton-on-Soar is their 12th century church, St. James.  The Church is unusual as it has a central tower and spire.  It also has a history of being a boatman’s Church. 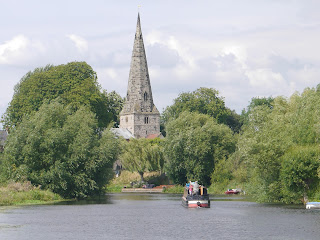 After the Church are some lovely houses overlooking the river.  Here are just a few of them. 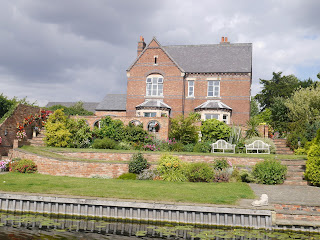 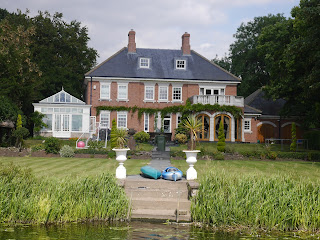 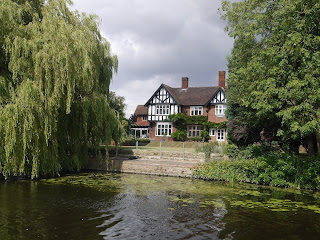 We then came across the emergency mooring dolphins.  I would hate to have to moor against them – there is no way off your boat! 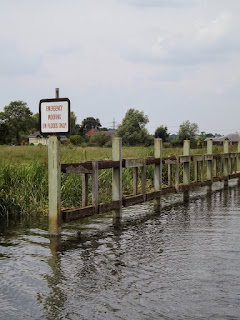 We pulled over just before Zouch Lock where we have moored before.  It is very open and today was sunny though breezy. 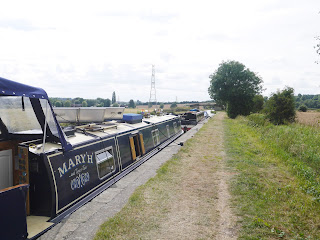 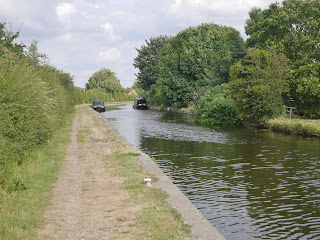 Aaron dragged Richard off to the pub.  Richard was kicking and screaming - I could hear him way past the bend!  Michelle and I thought they must have taken a wrong turning as it was quite late before they returned – apparently they had had two halves and then walked to Loughborough – yeah right!!