I committed a sin this morning :-(  As  I pulled away I turned round and saw a boat had just come out of the lock and was about to pull away but I carried on.  I felt bad about it but I had committed myself.  Away Days followed me and the other boat went alongside her and I believe a few words were passed!  To be fair the other boat had not shut the lock gates and I think they were trying to get away before us.  Who knows????  Anyway at the next lock, Junction Lock, we pulled in and let the other boat go first – along with a trip boat that had joined our little convoy.

The River Soar is a lovely river, it just meanders gently round and, I think, is very soporific.  I can get quite bored steering on a canal but there is no chance of that on the Soar. 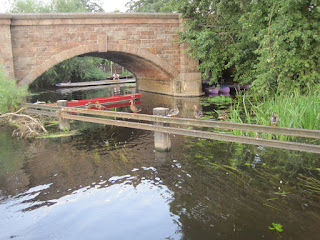 The river rises near Wibtoft in Warwickshire, and flows north before veering to a north-easterly direction.  On the outskirts of Leicester it is joined by the Sence and then flows through the centre of the city it.  The river has created three islands in Leicester – Bede Island, Frog Island and Abbey Garden.  It finally flows into the Trent at Trent Lock. 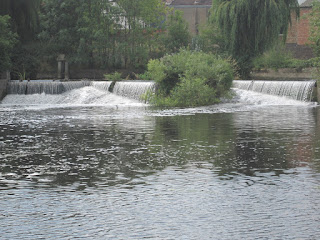 At Sileby Lock there are a couple of boats moored on the lock island and one seems to have taken it over as their own! 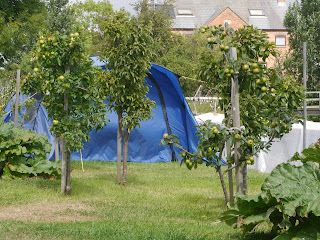 Just before Mountsorrell Lock we found this lovely houseboat probably more suited to the Thames. 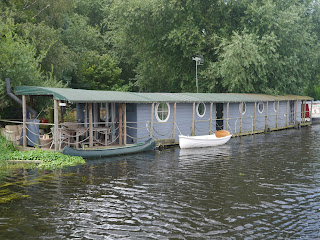 We had hoped to stop at Mountsorrell to go to the pub but all the moorings were full and some were breasted up.  There were two volunteer lockies there – quite why I don’t know!  One of them told Aaron to get on board but the other let me help and then I had real trouble getting on.

There were also two volunteer lockies at Barrow Deep Lock but this time they worked us down which we were very grateful for as it is more difficult to get back on there than Mount Sorrell. 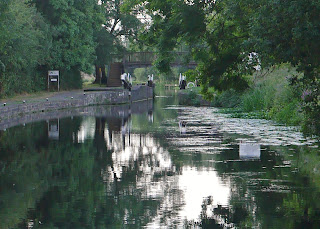 After Pillings Flood Lock we pulled over for the night.  After dinner we all sat out on the towpath socialising until we were so cold we couldn’t take any more!  Little Trinity made a camp fire and put her battery operated candles on it to make it look real.  She certainly has some imagination :-) 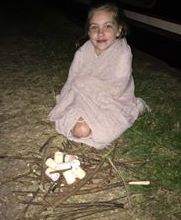