We had terrific rain during the night – it actually woke me up which is unusual though the trains didn’t.

We had some visitors this morning. 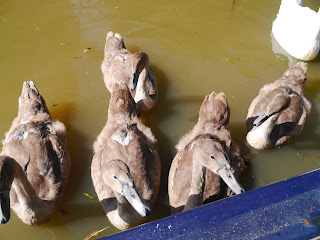 We planned to have a quieter day today than yesterday.  Under the M6 with the world speeding above us.  We stopped at Rose Narrowboats for water – this is where Richard and his late wife hired their first narrowboat and Richard’s love of them started.

The next part of the canal is a bit too dark for me added to the fact that the day was grey, dismal and showery, it wasn’t good :-)

However, this part is probably one of the most interesting parts of the canal.  The Oxford Canal was constructed in several stages over a period of more than twenty years.  In 1769 an Act of Parliament authorising the Oxford Canal was passed.  By 1774 the canal had reached Napton, but the company was already running out of money.  In 1775, a second Act was passed allowing the company to raise more funds. Construction soon started again and by 1778 the canal had reached Banbury. Financial problems meant that work on the final stretch to Oxford did not begin until 1786.  The stretch of the canal from Banbury to Oxford was built as cheaply as possible. Many economy measures were used. Wherever possible, wooden lift or swing bridges were built instead of expensive brick ones. Deep locks were used wherever possible, with single gates at both ends instead of double gates.  The Oxford Canal reached the outskirts of Oxford in 1789, and the final section into central Oxford was ceremonially opened on 1st January 1790.

Much of this section of the canal was straightened out in the 1820s, and remains of the original less direct route can still be seen in places with the lovely original wrought iron bridges. 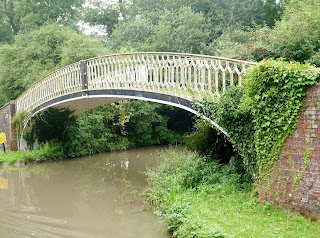 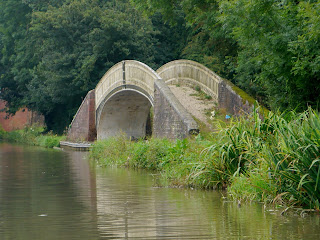 I don’t think I would like to be this close to the water! 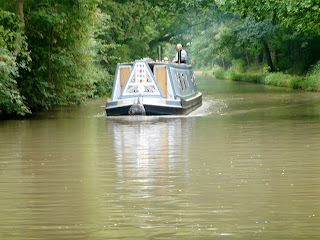 Through Newbold Tunnel and passed Rugby.  It’s six years since we came this way and my memory is totally different to the one I saw today!  I must be thinking of somewhere else – but where???!

I love this footbridge alongside a roadbridge. 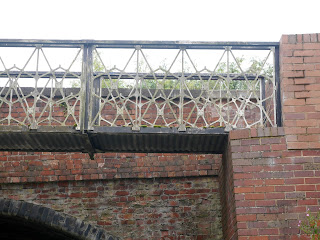 We wanted to moor up by the golf course as I had been in touch with fellow blogger Tom from NB Waiouru and I knew the boat was moored there.  Sadly, Tom is in Belgium (what lengths some people will go to not to meet me!) but he has left Jan behind so we had a good long chat mainly about how we have noticed that the personalities of boaters has changed over the years. 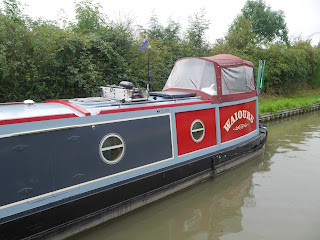 Question – why is it that when you come across another boat at a bridge or narrows and you slow down to let them through you always know that the boat coming towards you at a snail’s pace is a hire boat?