We had a long day ahead of us so Richard got underway while I showered.  One of the things I love about boating is drying my hair when we are going along!  You may think that is odd but our bedroom is at the front and I can see the countryside changing as I waft the hair drier about – it just makes me happy :-)  I’m not sure it does the same for Muffin! 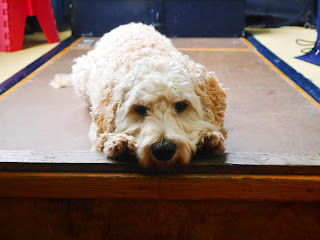 We passed the Triumph factory.  Triumph Motorcycles is the largest British motorcycle manufacturer; it was established in 1984 by John Bloor after the original company Triumph Engineering went into receivership. The new company (initially Bonneville Coventry Ltd) continued Triumph's record of motorcycle production since 1902. As of mid-2012, the company produced 49,000 motorcycles and employed 1,600 staff. 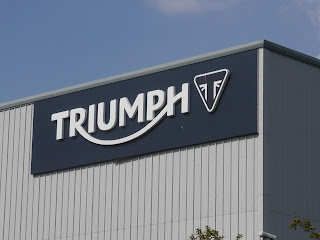 We picked up a hire boater going on tick over – he isn’t going to get very far doing that speed.  We hoped he would turn right at Marston Junction but he went the same way as us.  We followed him all the way to Hawkesbury Junction where he spent an age turning around delaying 3 other boats. 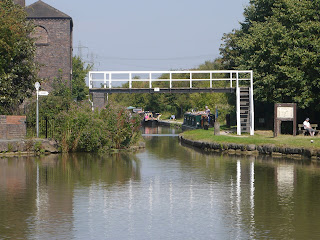 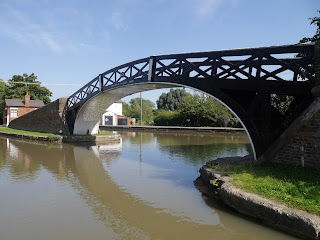 We continued down the Coventry to New Inn Bridge (8) where there is a Tesco. 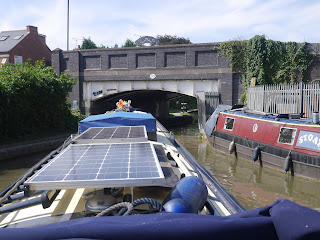 I only took one photo on our way towards Coventry as, quite honestly, there was nothing to photograph!  We got something around the prop at one stage so it was a visit down the weed hatch.  Richard continued down to wind while I jumped ship at bridge 8 and walked to Tesco – it is HUGE!  I think it’s probably the biggest I have ever been in.   I did a shop and scan and got everything on my list then realised that it all had to be carted back to the boat – there weren’t any nice canal side moorings.  Richard came to help but I was pretty knackered carrying four heavy bags in the heat.

We got back to Hawkesbury Junction and heaved a sigh of relief that we hadn’t encountered any more problems. 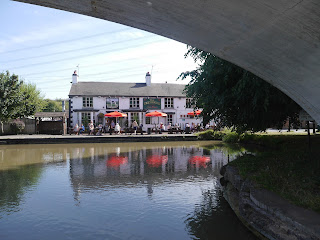 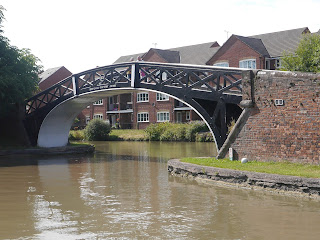 We had a lock to do – haven’t done one of those for a while! 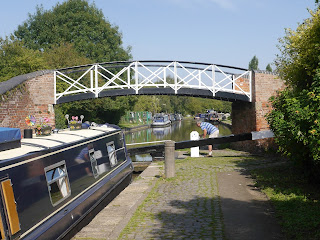 Richard decided that he wanted to get past the M69 before stopping but then found that the bank wasn’t conducive for mooring against.  We ended up stopping just after Bridge 19 however we weren’t very far from the railway!

As it got dark, even though it was raining, there was an amazing sky. 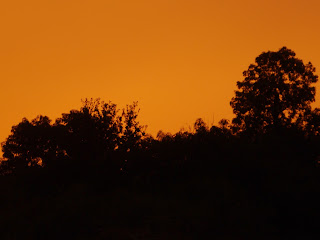 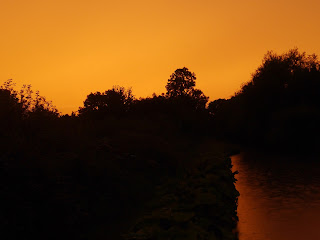