Yesterday I got a Tweet from Jan on Qisma suggesting I look back at one of her blog posts from last year when they were on the Ashby.  I looked eagerly for a nude man but was disappointed!  However, at the car park I did see a man with two spaniels – don’t think it’s just the same though Jan! 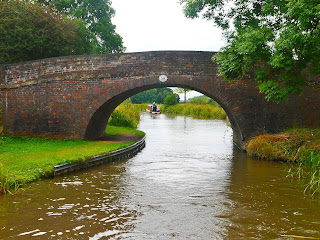 Through Snarestone’s 250 yard tunnel (with a kink in the middle) and up to the top of the navigable Ashby – well it’s as far as we can go as the winding hole at the top is only big enough to wind a 50 foot boat. 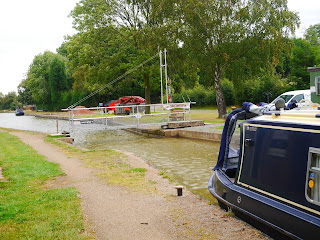 We bought a couple of souvenirs and some loo bloo from the Ashby Canal Association shop and had a chat with the chap there.  Apparently they hope to have the stretch of canal from Snarestone to Measham open in 5 years.  In 1944 the stretch of the canal between Donisthorpe and Moira was officially closed, following unsuccessful attempts by the canal company to overcome the effects of mining subsidence. Later, in 1957, a further length was closed, down as far as Illott Wharf, south of Measham. In 1966 local residents and anglers and waterway enthusiasts unsuccessfully protested against the closure of a further stretch, north of Snarestone. It was out of these protests that the Ashby Canal Association was born in 1966.

Richard struggled a bit winding Mary H as it was very windy but he managed it eventually! 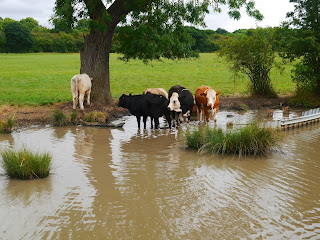 We pulled over at Shackerstone for lunch and then went in search of a post box as my sister has a very special birthday on Thursday.  We passed a work boat called Becky that was selling rope fenders.  On her side was written Mal Edwards MBE – well me being me had to try and find something out about him.  It turns out that Mal was granted his MBE for 14 years at the helm of a Llangollen trip boat and is now a full time fender maker and well known singer of canal songs.

Tomorrow we are going to visit the Bosworth Battlefield and the Battlefield Railway Line.  We thought there were special offside moorings near the Shenstone Aqueduct but they are no longer there.  We tried to moor at Bridge 35 but we couldn’t get near the side so had to continue on.  We ended up just short of Sutton Cheyney Wharf where a pontoon has been built – maybe these are to replace the original ones up the canal. However, they are very nice and up the ramp is a nice field for Muffin to play in and a footpath which I think leads to the battlefield. 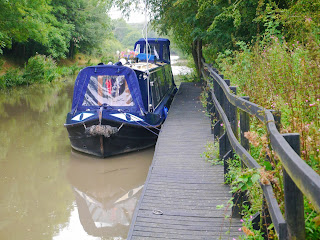 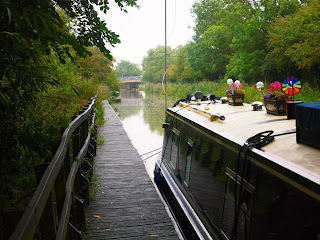 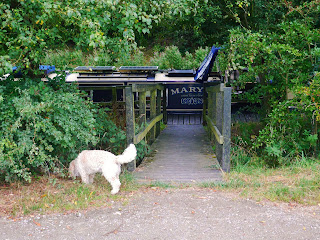