I was so cold last night – I was up finding blankets and even resorted to socks at 1.30am!  The winter duvet has made its appearance!

It was another lovely sunny morning and the view from the bedroom window as I was drying my hair was perfect. 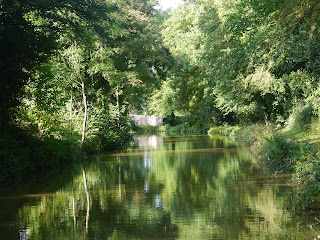 We passed Jane’s Enchanted Tea Room – it was open yesterday but I didn’t think about it until it was too late. 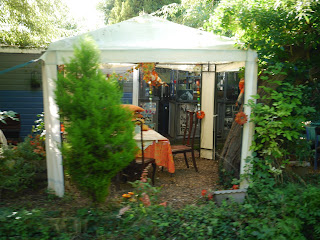 At Pigeons Lock it was a case of “I don’t believe it”!  Mrs. Private Boater sat on the top gate and watched Richard do the gate on his own.  What is it with people???

I managed to get a good photo of the Mercury satellite communications ground station at Enslow which is part of their telephone network in Britain. 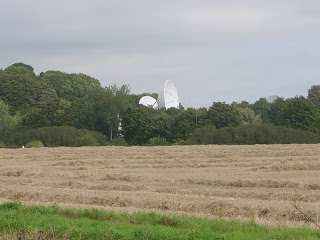 It was then down the River Cherwell to the diamond shaped lock at Shipton Weir.  It’s now a question of what is the difference between the two following photos? 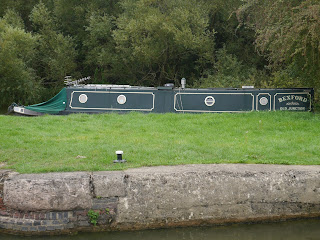 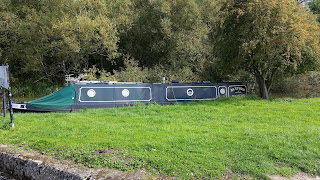 The answer is that the second photo was taken a year ago and had a notice in the window saying the boat had broken down.  This year the sign has gone but the boat hasn’t moved!

We stopped to use the services at Thrupp and as we then went under the lift bridge we could see a Mary H sized space so we pulled in and moored up – result!  We went across to Annie’s Tea Rooms for lunch – definitely not one to be missed. 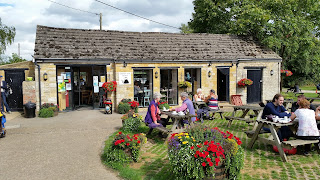 We had been told that there is a bus service out on the main road at Thrupp which goes from Banbury to Oxford and goes through Kidlington.  As we needed milk and a couple of other fresh things we went to catch the 14.40 only to see it whizz passed the end of the road :-(  We returned to Mary H and then went to catch the 15.40 – we were there about 15 minutes early!  It’s only a short trip into Kidlington where we got off, went to Tesco and then caught the next bus home.

I took this photo at lunchtime.  The cottages are real chocolate box ones but back onto the railway line which is a busy one – great shame but I guess they were there before the trains! 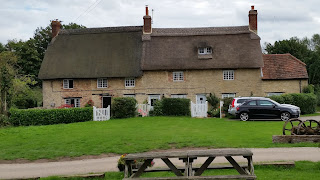