Victoria’s last day and another grey day though the sun did pop out for a while.  I feel so bad that her week’s holiday has been marred by some of the worst weather that Mojacar has had in January for many, many years.  There was even snow just a short way inland – crazy!  However, she did manage to swim in the sea and didn’t find it too cold!

We went down to the Parque Commercial to get a couple of last minute presents and to have a coffee - this was when the sun came out :-)  Back to the apartment to finish packing and then to the Lemon Lounge for tapas – inside of course!

The journey down to Almeria was uneventful and we, including Muffin, went into the terminal to see Victoria off.  I cried most of the way back to Mojacar.  I’m not sure if it was because my little girl had gone, she had had rotten weather or if it was indeed the rotten weather that was making me down.  I guess it was a combination of all three.

We called in for a cuppa with Ingrid and Bob so I could have a hug from Ingrid – I really needed one.

Ingrid had organised a proper Spanish meal at a proper Spanish restaurant but I really didn’t want to go but was persuaded to.  We went to Restaurante la Capilla about a 20 minute drive at a place called Las Alparatas.  It isn’t the easiest of places to find in the dark as there is only a sign on the top of the building which isn’t obvious.  The restaurant is very nice indeed and the two waiters lovely and attentive but the food wasn’t up to much and was expensive.  I can’t say that we would recommend it. 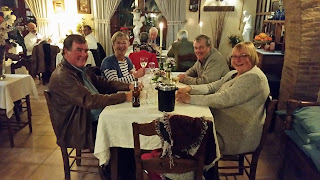 A much better day today which didn’t help me really as I feel even more sorry for Victoria.

We met Bob and Ingrid and went up to Villaricos to the market.  The boys did a quick sweep of the market whilst Ingrid and I perused it more fully!  I replaced my lost purse with a similar one but in blue as I reckoned the pink was unlucky!  Ingrid bought a blouse and a gilet for Bob. 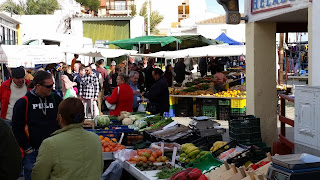 We joined the boys for a coffee and a light lunch – the café didn’t seem to do tapas. 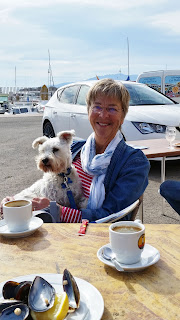 From Villaricos we went north up the coast – new territory for us.  The coast road is lovely as it wends its way through the rocky terrain. 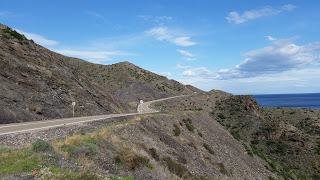 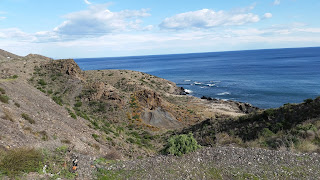 We could see that some of the rocks had a sheen to them and apparently The Sierra Almagrera mountains, which stretch for about 10km, used to have dozens of mines, going back to prehistoric times. Silver, tin, sulphur, lead and Iron were all mined here.  Mining ceased in the early 1960s. 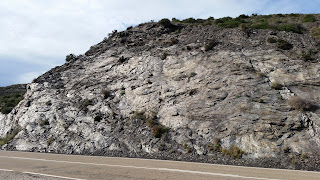 We headed up to San Juan de los Terreros and stopped just before at Playa los Nardos where a whole new town is in the process of being developed.  I think it’s mainly a tourist destination but there seemed to be a few long term residents.

It was then up to San Juan de los Terreros which seems to be an old town but is being expanded on a very large scale.  It was getting late so we didn’t really see much but will go back again one day.  We said goodbye to Ingrid and Bob – we will see them back on Hayling Island.  Richard and I got rather lost going out of the town – there are a lot of new roads and Google maps seemed to struggle a bit.  Still we drove home the longer, but quicker, way home.

We were pretty shattered and had a very quiet evening and as we had had lunch I didn’t need to cook :-)
Posted by Linda Gifford-Hull at 09:47