Well we are back on Mary H after an interesting winter.  After our month in Spain (did you read the blogs?) we had a busy March with a few more trips away.

We arrived back in Newbury last night and did the last minute shopping and preparations for the summer.

This morning I thought we were leaving at 9.30am but Richard had other ideas and we left at 9.15am – I was NOT ready and it wasn’t a good start to our summer ☹  However we did meet another boat at the first lock and travelled down 5 locks with them.  We lost them and picked up another boat for 2 locks.  We did the next 3 locks on our own then shared the last lock of the day too.  These were all hire boats on their way back to Aldermaston ready to hand them back in the morning.  It certainly makes the K & A locks so much easier when we can share them. 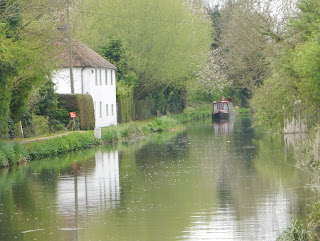 I took a tumble at Woolhampton Lock.  I’m not sure how I did it but one minute I was vertical and then next I was horizontal!  I went down on my good knee (my left knee was replaced back in 2011) so couldn’t get up!  Fortunately, Richard was off the boat so was able to haul me up!

From Woolhampton down to Frouds Bridge Marina we were on the River Kennet (the K & A changes from canal to river quite regularly from Newbury east) and with Mary H having a nice clean bottom, the river being quite deep and a nice stream running we were able to go down on tick over.

Just after Frouds Bridge we turned back onto the canal and down a very dark part of the waterway which I dislike but just at that moment the sun came out and the difference was amazing with the sun peeping through the new baby leaves. 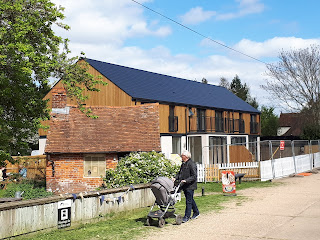 There has been a new bridge built over the railway at Ufton after a collision between a train and car in 2004. Seven people, including the drivers of the train and the car, were killed.  The car driver stopped his car on the crossing to commit suicide.  The new bridge was opened in December last year. 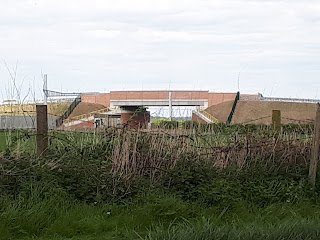 We had hoped to moor up just below Ufton Swing Bridge and we were really pleased to see a space.  We had been on the go for over 6 hours without a break which is not like us but we just want to get to the Thames so we can really start our summer cruise.