The Queen was in residence at Windsor Castle. 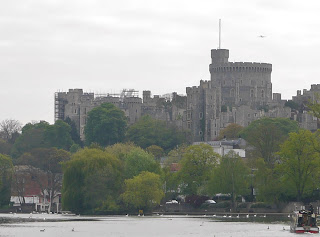 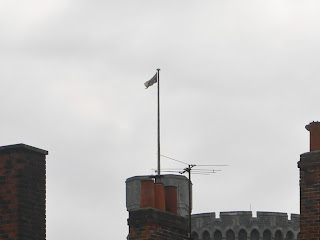 In fact Richard saw the Queen out riding in the Great Park..  Of course he didn’t tell me in time to take a photo.

As we left Windsor Richard found his next boat! 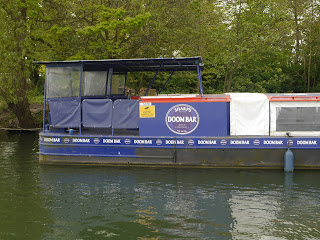 We shared Romney, Old Windsor, Bell Weir and Penton Hook Locks with the same boats.  Another narrow boat, a motor cruiser and a beautiful new Dutch barge called Angela Dawn.  I would have loved to have had a look round her.

Here are a few photos of Staines. 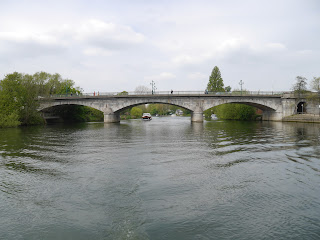 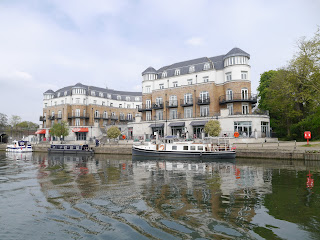 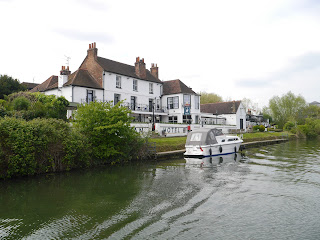 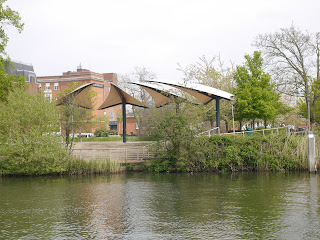 I spent the time from Staines to Penton Hook looking at houses and deciding which one I would like.  Here are just two of them! 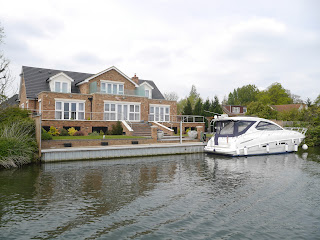 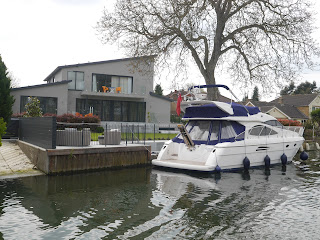 At Penton Hook there was a history of problems to navigation caused by floodwaters bursting across the neck of the island. A lock was suggested here in 1809, and an enabling act passed in 1814. The lock was completed in 1815, two years after Chertsey Lock, to become the lock farthest upstream on the Thames which was controlled by the City of London.  The first weir was not built until 1846, positioned below the outfall of the Abbey River for the benefit of the miller. This caused problems of too strong a stream and it was relocated above the outfall. The lock was rebuilt in 1909.

We moored up at Laleham where Richard did more on the roof – with a 60 foot boat the roof is long!  The name Laleham probably comes from lael meaning twig and ham meaning water meadow or village.  There may have been a 1st-century Roman marching camp on the field which is now part of Matthew Arnold School.  Iron Age spearheads from the 5th century have been found in the River Thames at Laleham Ferry. 10th-century charters record the village of Laelham.  The Middlesex section of the Domesday Book of 1086 records the village as Leleham. The manor was held partly by Fécamp Abbey from Robert of Mortain and partly by Estrild, the nun. Its Domesday assets were: 10 hides of land, 6½ ploughs, 5 ploughlands, meadow and cattle pasture. Its villagers and chief tenants rendered £5 per year to its feudal overlords.

In the evening we had a BBQ.  Poor Steve’s BBQ didn’t quite work and it was very late before he and Diane managed to eat.  We sat outside chatting until about 9pm – it wasn’t too cold but we put coats on and were fine.