We were invaded by a flock of geese but only one gosling.  I always feel very mean when ducks etc. come to the boat as we don’t have any bread on board.  I know, I shouldn’t feed them bread, but if you give them grain it sinks before they have time to eat it! 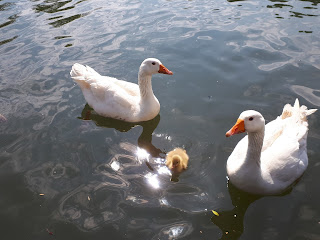 Iffley Lock was on self-service and while the lock was filling I took the opportunity to take some photos. 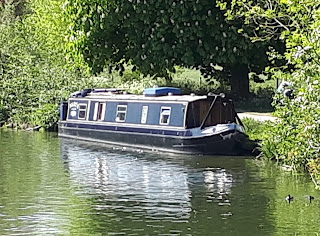 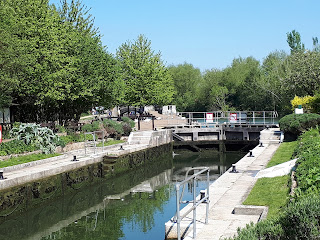 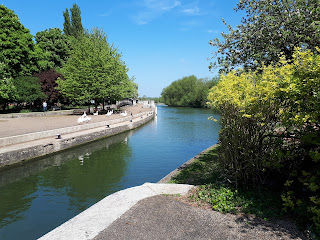 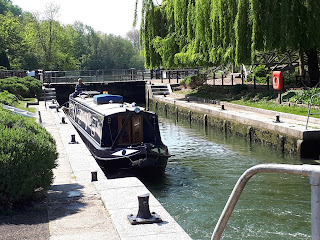 Up through Oxford where the continuous moorers are still moored – AAAAAAGH! 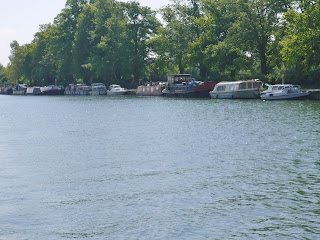 I mentioned last year that the Heads of the River pub was in a sorry state, sadly, it is even worse now. 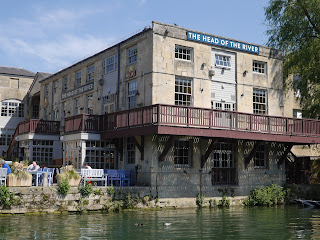 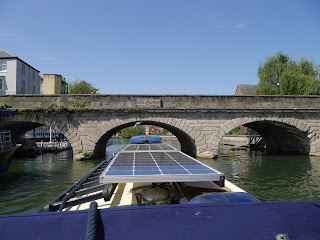 We stopped just before Osney Bridge at East Street for lunch and I popped down to Waitrose as Richard wanted to do a BBQ.  The new Waitrose is brilliant – an 8 minute walk from the road end of the moorings.  I took this photo while we were having lunch – the blue tree (whatever it is) is beautiful. 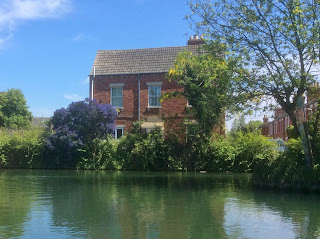 Under Osney Bridge – no trouble today. 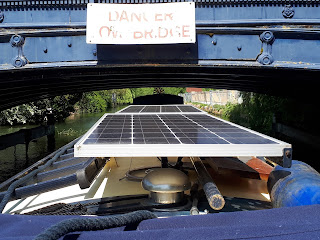 Just after Osney Bridge they have knocked down an old warehouse and are building new houses.  Being built by Cala there will be six 3 and 4 bedroom townhouses.  No prices as yet. 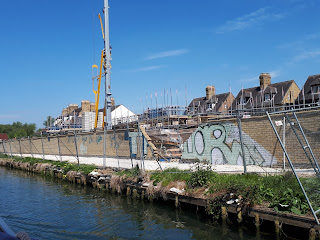 Port Meadow on a sunny Sunday was busy with people – it was lovely to see everyone out and about.

We had thought about mooring above Godstow Lock but there were so many geese there that we decided against it.  There is nothing worse that mooring alongside a mass of goose poo.

It was then King’s Lock – the first of the manual locks, passed the junction of Duke’s Cut (Oxford Canal) and round the corner to one of our favourite spots.  In the middle of nowhere 😊

Richard cooked a lovely BBQ in the evening though it was a bit chilly to sit out. 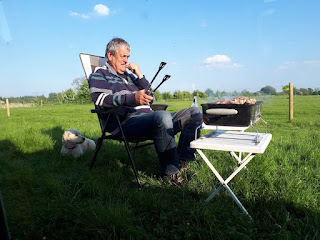 If anyone had rather a lot of test posts from me yesterday, I apologise.  Since I started writing my blog in 2010 I have used a programme called Twitterfeed to automatically feed the posts to Facebook and Twitter.  But last October Twitterfeed, in their words, shut their doors.  I’ve been doing it manually so far this year but decided to try and find a replacement.  It took a lot of trial and effort but I finally found one that was user friendly.  I’ve only got a month’s free trial and I don’t know how much it will be but I thought I would give it a go.