We woke up to a lovely day which was a surprise as the forecast was for rain almost all day (well it is a Bank Holiday!).

We left our mooring and pootled up to Sonning Lock, it was then a hop, skip and a jump into Reading.  Our plan was to go to Tesco but the moorings there have been so busy recently that we weren’t sure if we would get in.  As it happened there were quite a few spaces – maybe Reading Council are finally getting round to doing something about the liveaboards there.  As I came out of Tescos it had rained but fortunately it had stopped as I hadn’t got a coat.  I cheated Tesco’s special “walkway” to stop people taking the trollies out of the grounds and took my trolley to the boat!  It is so much easier.

We then went to Better Boating for fuel.  Richard wanted to see how many litres to the mile he is getting!  It works out just about a litre a mile on the river.

Caversham Lock then passed Thames Promenade where we have moored on a few occasions but there are no mooring signs everywhere now.  I really don’t understand why.

We passed the letter box on the wall in Purley.  It appeared there in July last year.  It is thought that it is the same post box that appeared on Sonning Bridge in 2013! 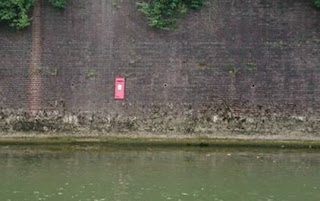 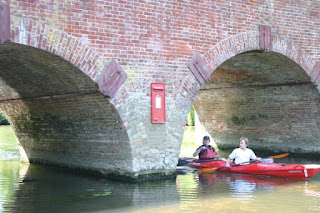 We actually shared Mapledurham Lock with another boat!  Most locks have had a keeper and a volunteer on this weekend.  Apparently the locks will be fully manned by May 15th – the day our Thames Licence expires so we won’t benefit.

Mapledurham House car parking field was busy.  There was some sort of event on.  However I did discover that 2017 marks the 50th year of opening the estate to the public.  Hundreds of thousands of visitors have made their way to Mapledurham over the years and so much has happened in that time.  When Mr. Eyston and his wife, Lady Anne Eyston, went there to live they were met with the huge task of restoring the estate to make it a thriving community again.  The effort and dedication of them both is legendary - bit by bit they have transformed the estate to the working estate it is now with a large dairy unit, commercial and residential properties, the house and watermill opening to the public, the Archimedes screw turbine, the AD plant and much much more. 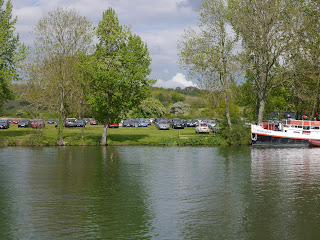 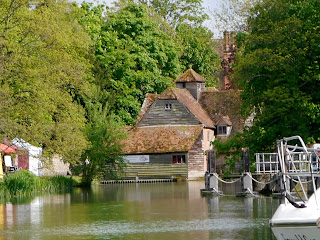 There were a lot of the Bozedown alpacas by the river.  The family at Bozedown have been breeding alpacas since 1989.  I was wondering what they do with all those animals.  It doesn’t say on their website but apparently alpaca meat is very tender and also high in protein! Low in fat and cholesterol! 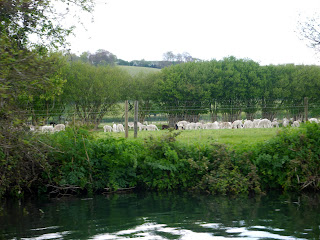 We took the first space on Pangbourne Meadows – there were a few more spaces further up but it’s the first time we have seen moorings that are busy.

I now know that at least two bloggers read my blog!  Thanks to Adam from BriarRose and Sue from No Problem XL I am now going to try BlogPadPro.  I downloaded it last night but it looks quite complicated so I now need to spend some time trying to work it out!