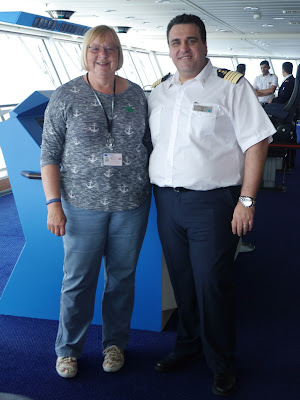 You may wonder why there is a photo of me with Captain Michael.  Well last night when we got back to our cabin we found this letter 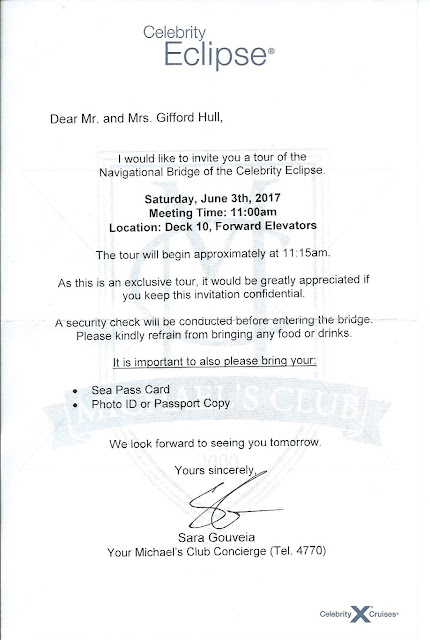 This was the one place we had wanted to visit and had no idea why we had been invited.  But more to the point Penny and Jim hadn’t got an invitation and what were we going to say to them!!  As we left our cabin to go down to breakfast we saw that they had got an invitation – phew!!

Not only was our visit top secret but we also had security to go through. 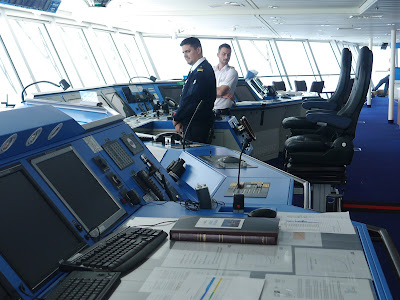 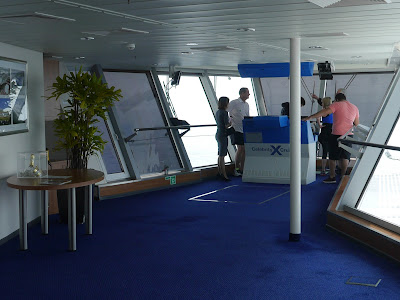 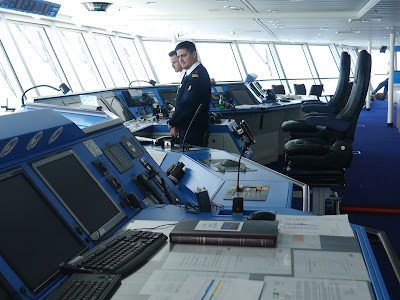 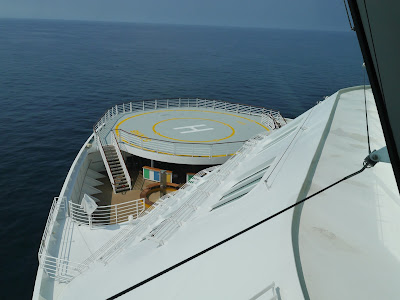 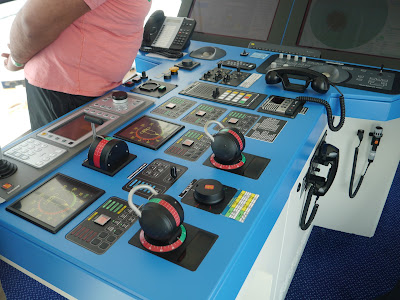 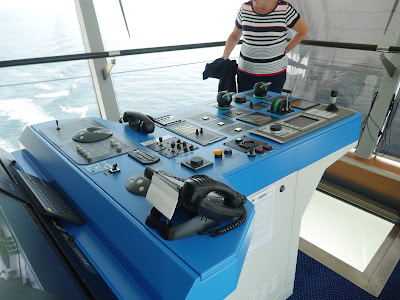 The champagne bottle that was used to launch Eclipse. 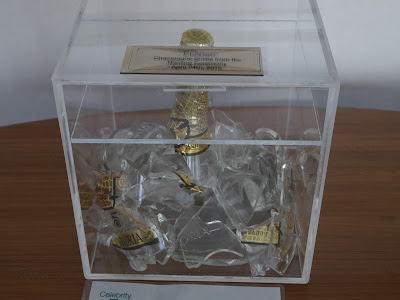 The view through the floor 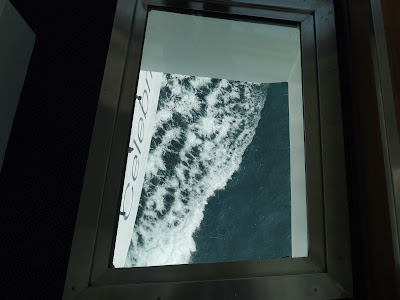 Looking down the ship towards our cabin. 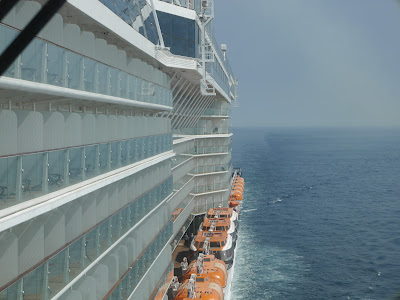 I’m not sure what Captain Michael had said to Richard! 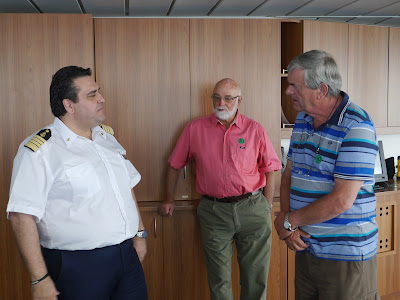 Penny, Jim and I went to a talk on Get Going with Gmail.  I’m trying to encourage Penny to use Gmail but I seem to be banging my head against a brick wall!!  It was very interesting and I did learn a thing or two.  If they do the same type of talks on Summit next year I will be going.

After lunch it was packing and what a nightmare!  It all went in the suitcases when we came so why won’t it all go back in!  Richard was sent for sustenance to Café al Bacio to get ice-cream and that helped a bit!  Our suitcases had to be outside our cabin door by 10pm but I had heaps of time 😊

It was our last dinner and we were very sad indeed to have say goodbye to from the right – Rodrigo (2nd waiter), Tony (Maître D), the lovely Magzie (waiter) and Ievgenia (Sommelier). 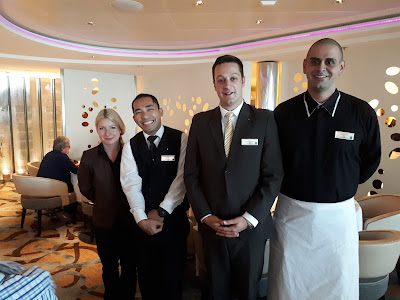 They had all worked so hard to make our cruise fun and entertaining.

After dinner we went to the final show - Amade.  Our Today paper said “A visual concert celebrating the progression of musical genres inspired by one of the greatest musical minds in history: Wolfgang Amadeus Mozart.  Reversed.  Remixed.  Reimagined”.  I’m sorry to say that we walked out half way through.  The last three words from Today summed it up for me and I’m afraid that neither Richard nor I could make any sense of it or enjoy the music.  We weren’t the only people by a long chalk to walk out ☹

Richard and I went up to the Sky Lounge where we were joined by Penny and Jim after the show had finished.  We enjoyed our final drinks and listened to the Karaoke Idol Finale.  There were only 5 singers and each of them should have won – they were excellent.

It was sad going back to our cabin for the last time especially as it was so bare.

“The cure for anything is salt water: sweat, tears or the sea”  Karen Blixen

Posted by Linda Gifford-Hull at 09:15