We woke up to find that we were back in Southampton which meant that it was time to leave Eclipse and wend our way back to Hayling Island.


We said goodbye to our cabin steward, Leroy.  He had been amazing and had a wonderful sense of humour.  I will be doing a special blog soon which will include Leroy – watch this space!

We had breakfast and chatted to a nice American couple until are disembarking group (29) was called. 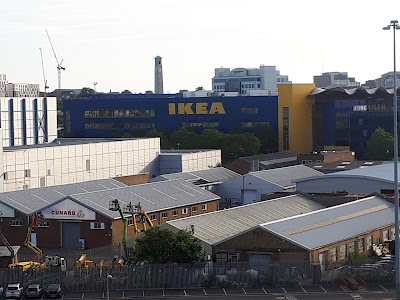 We said goodbye to the ship and went to collect our suitcases which were waiting under our group number – well ours were.  One of Penny’s cases had gone AWOL but was found lurking in group 30!

Outside we were early for our taxi and had to wait for half an hour.  When the appointed hour arrived and there was no taxi (AGAIN) I phoned the company.  The driver was at the wrong cruise terminal and had been told that the ship had been delayed and our time was now 10am.  I was so angry and have since submitted a formal complaint.  In fact I have just had the reply and been offered a 15% discount off my next fare – as if I would use them again!! 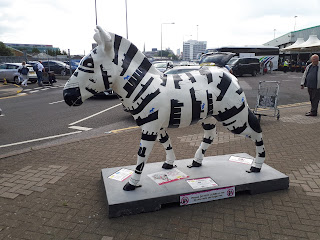 We eventually got home after a tour of east Southampton (I won’t go into why other than to say the driver didn’t have a satnav on) to be met by my son, Robert, grandson, Tobyn and daughter, Victoria.  What a lovely welcome to see my gorgeous grandson after such an amazing and wonderful holiday.

I am going to do three more blogs.  One of photos I took of the ship, one called Reflections on St. Petersburg and one Memories of our cruise.  Don’t miss them!!!
Posted by Linda Gifford-Hull at 11:23