We woke to a lovely sunny morning – the only trace of the rain was that the river was at the top of the green.

We cruised down to Evesham, watered up and then moored up.

James and Maisa went off for a walk round the town and to move James’s car.  We had lunch and then also went off for a walk.  I saw on the internet that there was a Saturday market but we only found one clothes stall!  We continued to Abbey grounds. 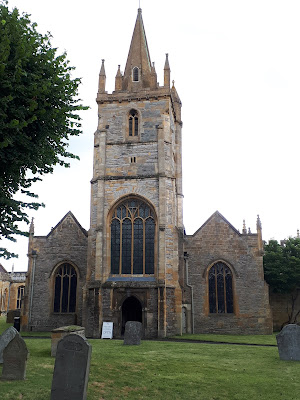 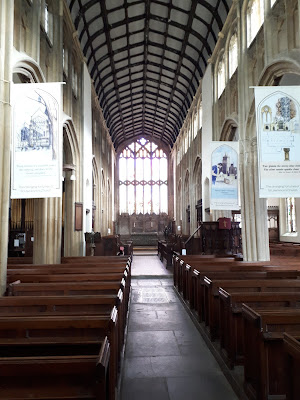 In the Bell Tower there is a carillon which plays on the hour between 9am and 9pm.  Check the website for more information – it’s very interesting.  We were lucky enough to be there at 2pm to hear it.
From the Bell Tower we walked down to the river through the lovely gardens 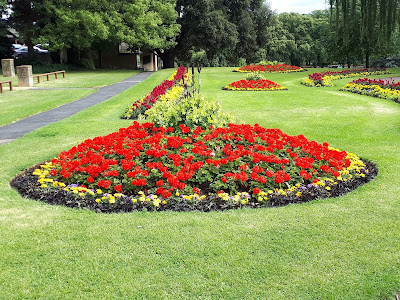 To where I was able to take this photo of Mary H. 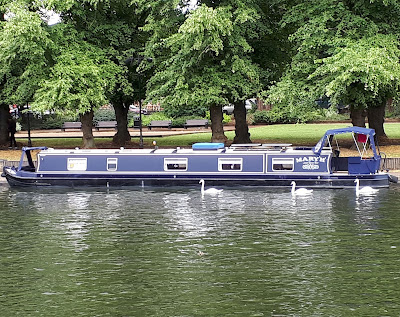 Once James and Maisa returned we set off to try and find somewhere to have a barbeque.  It was pouring with rain but barbeque we would!  The mooring at Chadbury Lock isn’t particularly brilliant so we went on hoping to get in at Craycombe Turn but it was full so we turned round and went back to Chadbury Lock.  After cleaning the goose poo off the pontoon it wasn’t too bad.  Richard lit the barbeque and when it was hot he moved it to under the pram cover (without sides) where he was able to cook in the dry.