A bit of a mixed day weatherwise but no heavy rain.

We left Offenham for the final time – I will miss our stays there.  Down through Evesham Lock, under Workman’s Bridge and passed the moorings and the house where my friend, Jenny, used to live. 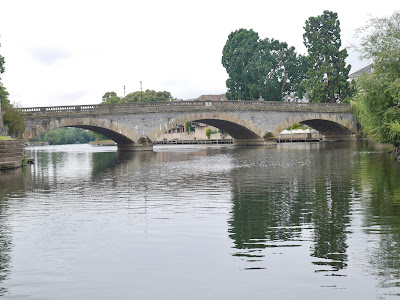 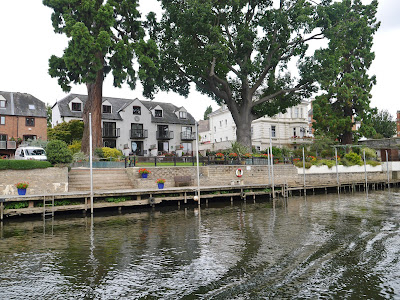 Chadbury is a sad lock for me as Jenny and her husband, Mike, used to look after it.  Their ashes are scattered here so I said a little prayer for them both. 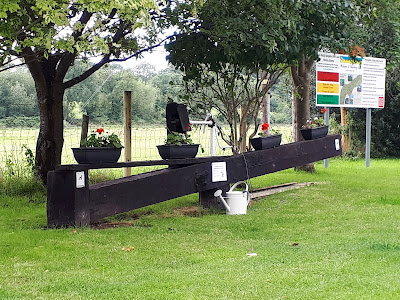 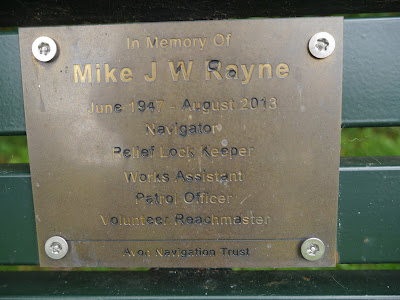 I guess this house below Chadbury Lock is an old mill.  I can’t quite decide whether I like it or not.  NB Epiphany went passed in 2013 and Fiona Slee took the second photo. 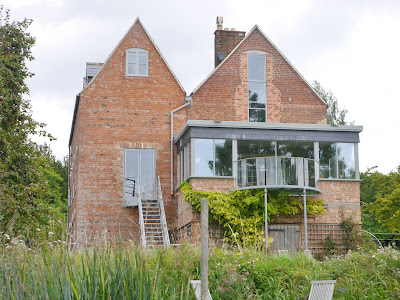 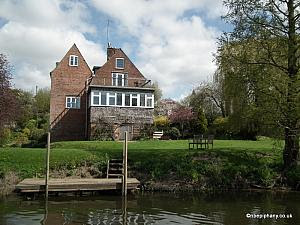 Fladbury Lock and then Wyre Lock where we saw this interesting boat.  I think they might have a few problems getting under the bridges of the canal system! 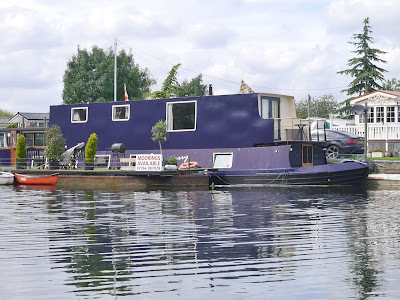 Wyre Lock was our last lock with Penny and Jim as they are going home tomorrow ☹  We moored up at Pershore about 2.30pm.  Penny and I walked into town as she wanted to go to Boots.  A very quick whizz round Asda and then back to the boat before the rain came down.  Later Richard and Jim went to get a Chinese take-away which was OK but I’ve had better.

I thought we would be stopping in Evesham today and had already done some research into the Battle of Evesham.  I don’t want it to go to waste so here it is!!!

The Battle of Evesham (4 August 1265) was one of the two main battles of 13th century England's Second Barons' War. It marked the defeat of Simon de Montfort, Earl of Leicester, and the rebellious barons by Prince Edward – later King Edward I – who led the forces of his father, King Henry III.  With the Battle of Lewes Montfort had won control of royal government, but after the defection of several close allies and the escape from captivity of Prince Edward, he found himself on the defensive. Forced to engage the royalists at Evesham, he faced an army twice the size of his own. The battle soon turned into a massacre; Montfort himself was killed and his body mutilated. Though the battle effectively restored royal authority, scattered resistance remained until the Dictum of Kenilworth was signed in 1267.

These are also a few photos of Evesham which I have also been saving! 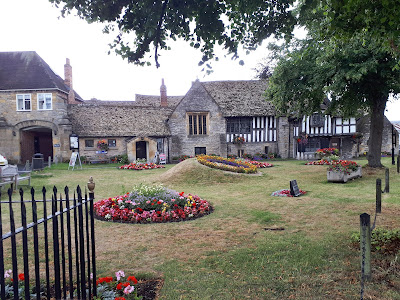 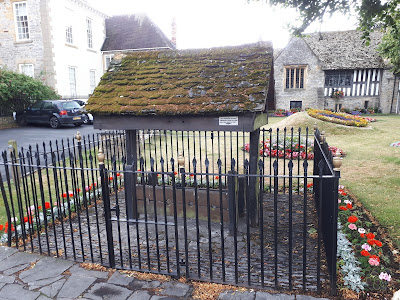 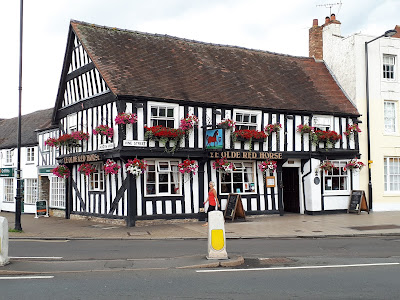