Penny and Jim were leaving us today and it was very sad.  Even though it had been a bit chaotic at times we have had a lovely time with them onboard and I am missing them already.  This year I have known Jim for 50 years!  I was 14 when Penny first brought him home and he used to tease me mercilessly – I used to dread him coming!  As I got older I started giving as good as I got and it’s stayed that way ever since!  It’s all banter – I hope!

We waved them off and I had a bit more than a tear in my eye. 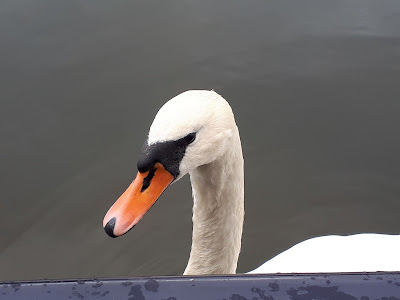 We then had to make a decision.  I have been suffering with a pain in my right knee.  It’s been a nagging pain which I have been getting on with but today the pain was searing each time I put my foot down.  I managed to get across to Asda but by the time I got back I had had it and flopped down in the chair with my leg up for the rest of the day – hence another night in Pershore.  I’m not too sure what we are going to do – I’m just hoping that the pain will subside with some rest. 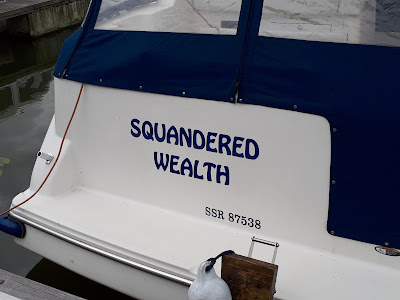 Here is a bit of information on the River Avon as news is lacking today!

Beginning in Northamptonshire, the river flows through or adjoining the counties of Leicestershire, Northamptonshire, Warwickshire, Worcestershire and Gloucestershire, near the Cotswold Hills area. Notable towns it flows through include Rugby, Stratford-upon-Avon, Evesham, Pershore and Tewkesbury, where it joins the Severn. It has traditionally been divided since 1719 into the Lower Avon, below Evesham, and the Upper Avon, from Evesham to above Stratford-upon-Avon.

Improvements to aid navigation began in 1635, and a series of locks and weirs made it possible to reach Stratford, and to within 4 miles of Warwick. The Upper Avon was tortuous and prone to flooding, and was abandoned as a means of navigation in 1877. The Lower Avon struggled on, and never really closed, although it was only navigable below Pershore by 1945. Restoration of the lower river as a navigable waterway began in 1950, and was completed in 1962. The upper river was a more daunting task, as most of the locks and weirs were no longer extant. Work began in 1965 on the construction of nine new locks and 17 miles of river, using mainly volunteer labour, and was completed in 1974 when it was opened by Queen Elizabeth the Queen Mother.

The photos today are from earlier on our visit to the lovely River Avon. 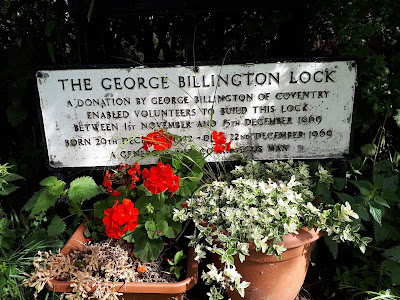 Posted by Linda Gifford-Hull at 09:06