We woke up this morning to the sound of a Cuckoo.  It sounded as if it was on the pitch next door!  I don't think I have ever heard one so close.

When we opened the blinds we got such as surprise as not only could we see the sea but also land on the other side!  We weren't too sure where it was though! 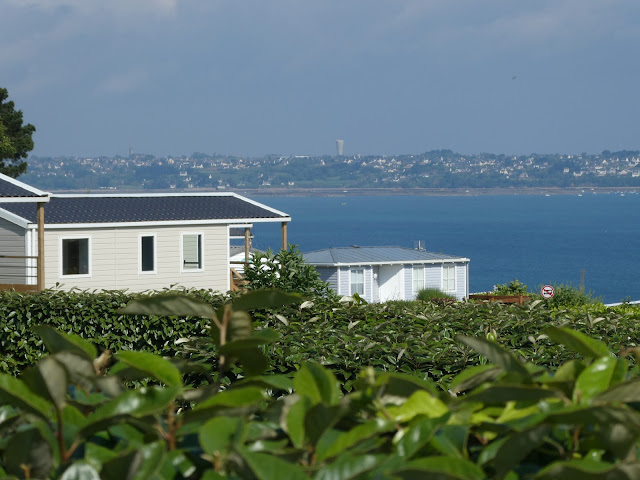 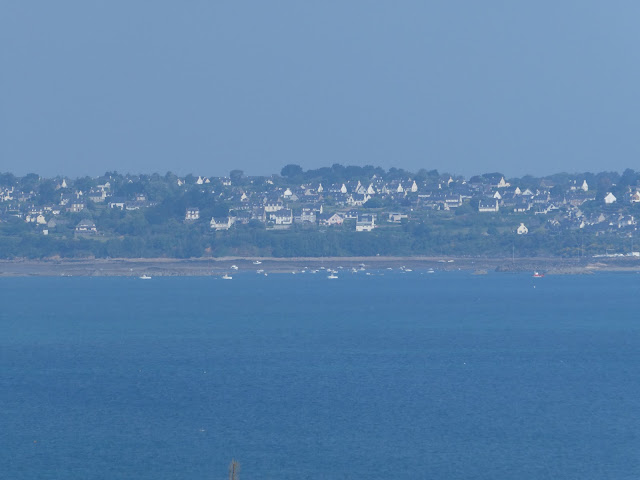 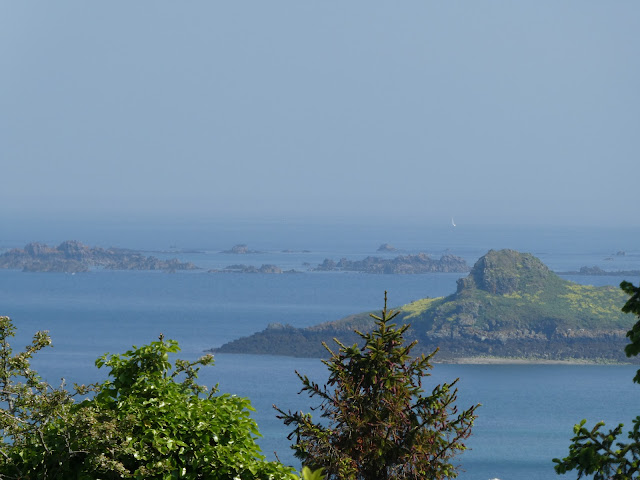 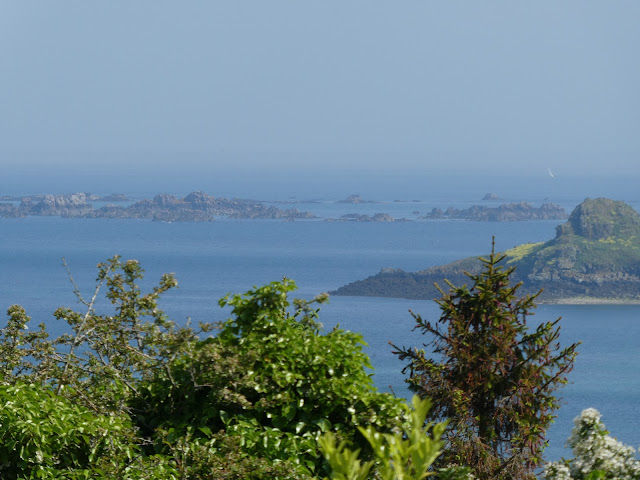 We drove into Paimpol and had a look around.  It is a lovely old town and it was nice to see that not all the boats tied up were leisure boats - there were some fishing boats.  Apparently the town developed around the important cod fishing industry from the 15th century to the 19th century and Paimpol’s fishermen used to set off on long trips to Iceland each February, trips which lasted around eight months at a time.  Today, its glory is an oyster: the famous Paimpolaise.  There is still an active fish market. 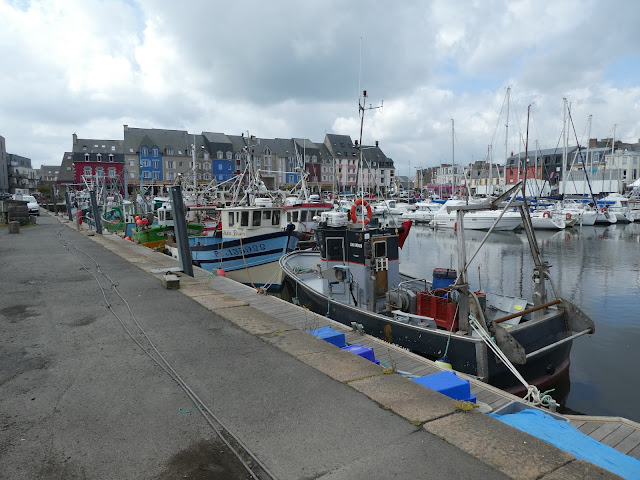 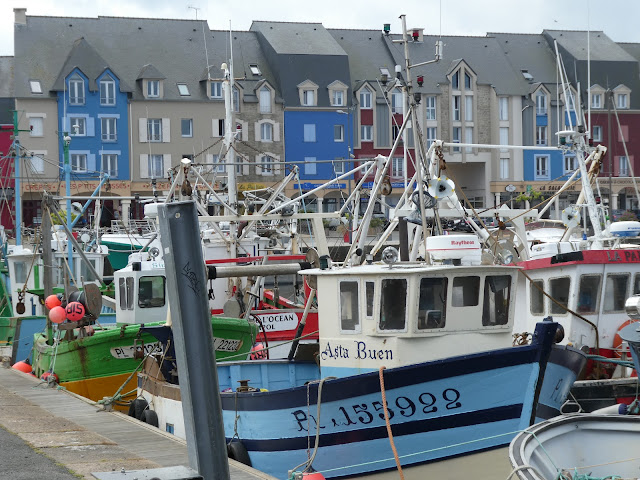 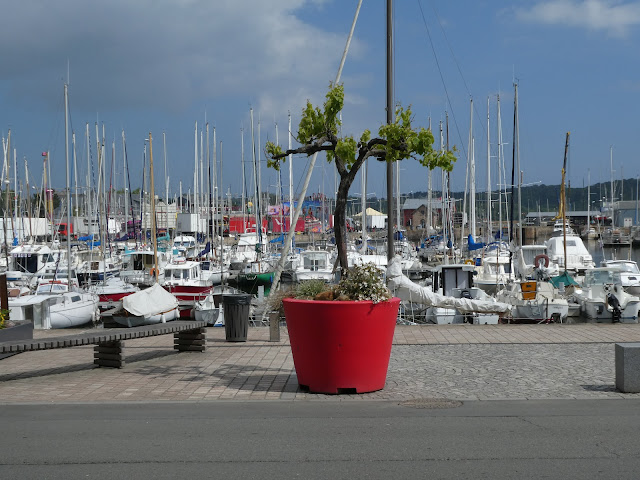 Today was Mother's Day and most local people were in their Sunday best and carrying flowers I guess on their way to visit their Mothers.  We found a restaurant that served oysters as Richard was determined to have some.  He had six and assured me that they were lovely!  I stuck to a Salade Cesar!  The big blot on Paimpol's landscape was that the fair was in town and the pantechnicons were all along the harbour side which meant that instead of being able to sit looking at boats I was sat looking at a very large lorry.  The one good side was that the fair wasn't open though it was beginning to show signs of life as we were leaving.

We walked round the harbour, two harbours in fact, and across the lock.  The tide was out and a large dam holds the water in the harbour. 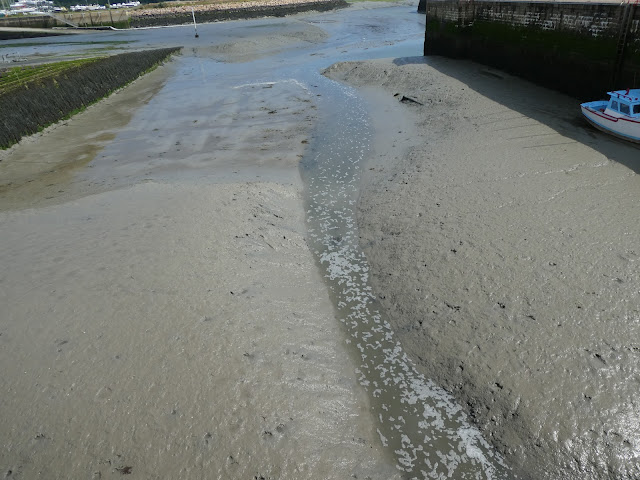 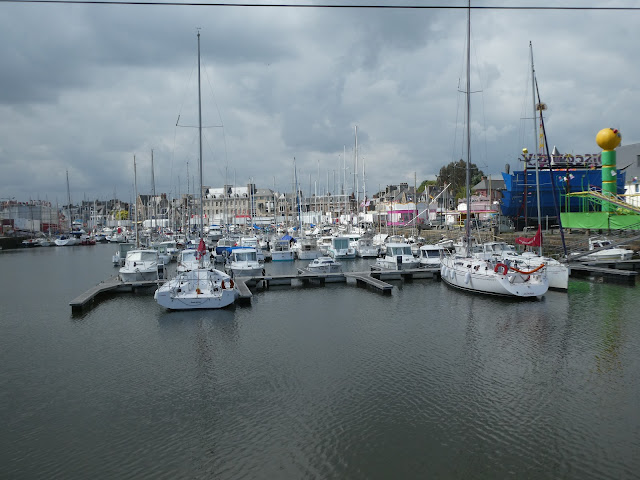 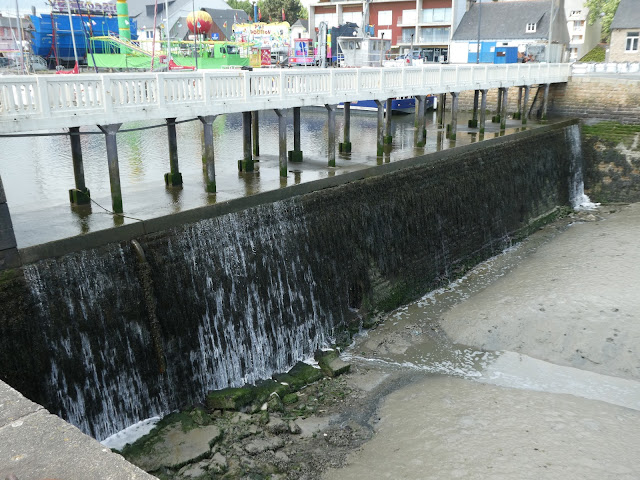 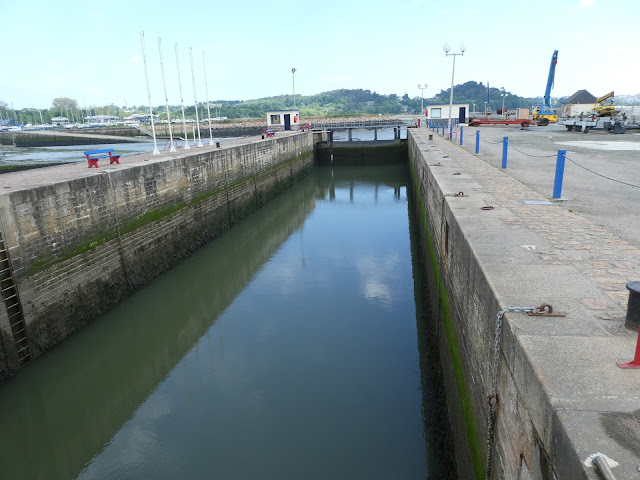 From Paimpol we drove up the peninsular to see if we could find the land we had seen this morning.  The French have a habit of putting No Entry signs with Sauf Riverains \9except residents) on them on roads that lead to the sea - we gave up and ignored them in the end as did a lot of people it appeared!  We never did find the houses that we could see from the caravan.

We drove up to the Pointe de L'Arcouest where a ferry goes to the Isle de Brehat and then round to another place - I'm not even sure it has a name - where I was just blown away by the rocks.  With the tide being low the sea was just a mass of sharp, nasty, not-sailor-freindly rocks!  They were amazing and stunning. 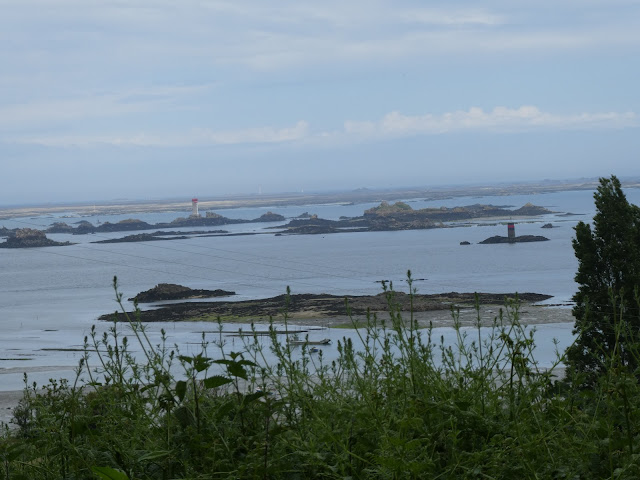 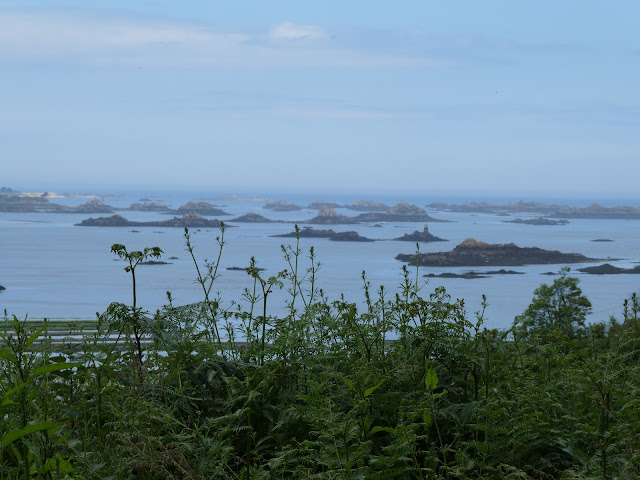 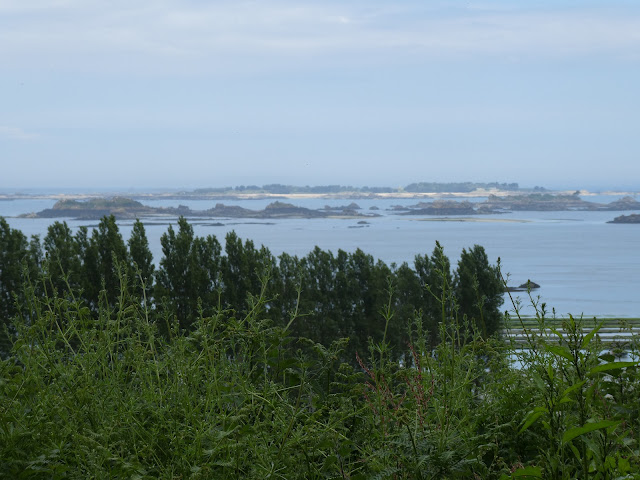 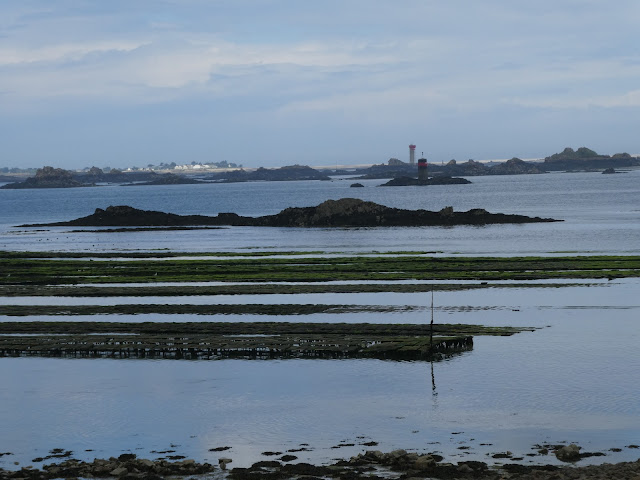 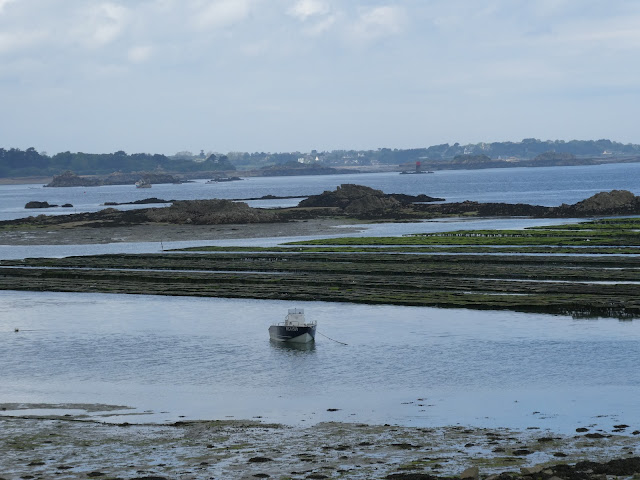 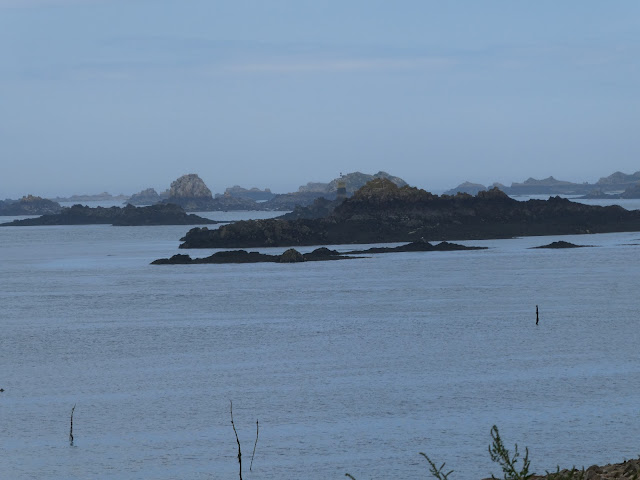 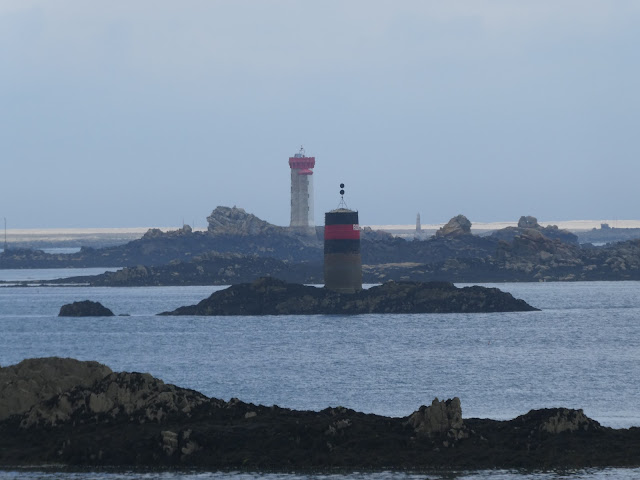 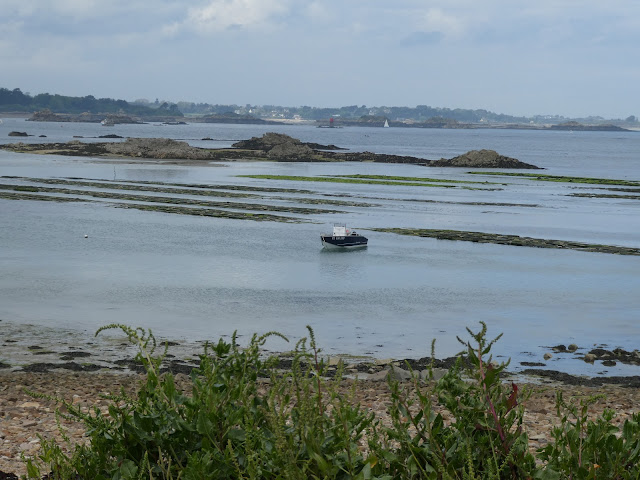 We continued to Loguivy-de-la-mer which was pretty but nothing special. 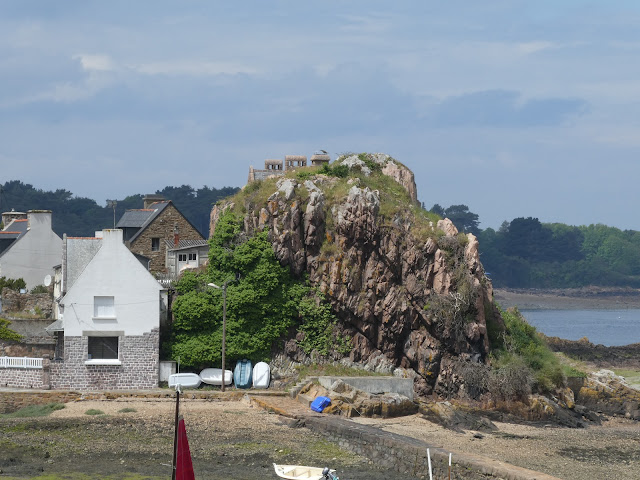 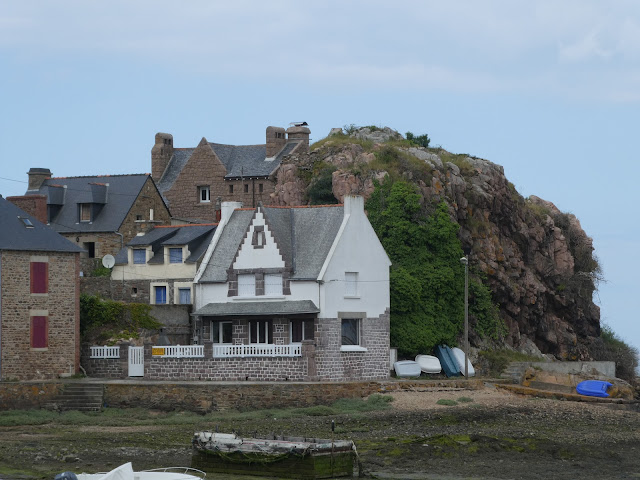 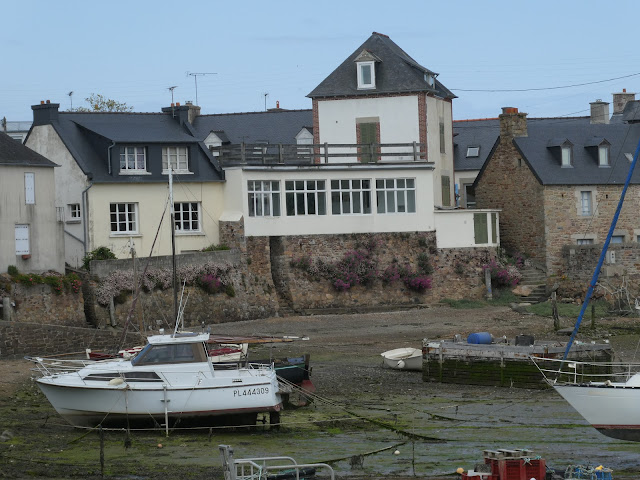 Our final port of call was the Sillon de Talbert which is a thin line of land reaching 3.5 kilometres into the sea with an average width of 100 metres, it’s made up mostly of sand and pebbles. Sadly it is a regional nature reserve (RNR) and is totally dog free - even the beach. 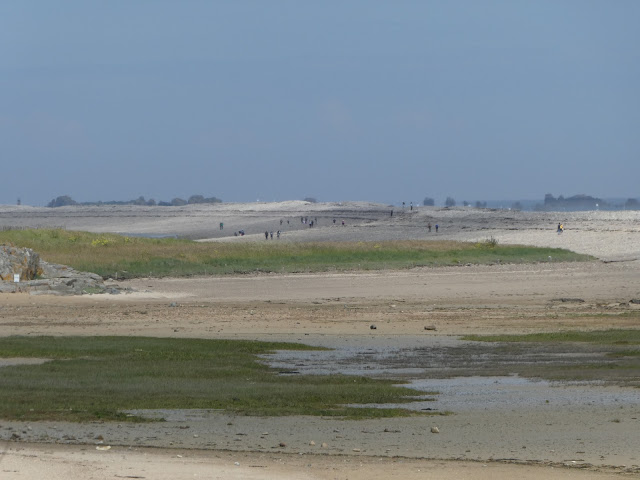 On our way back to the caravan we came across this junction! 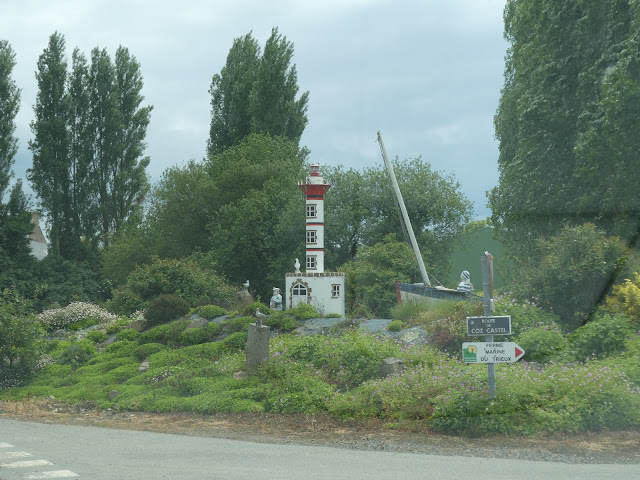