Reluctantly we left our shady spot at Stratford and headed off – the only good bit was that we had another boat to share with who we lost when we stopped for lunch, but the boat moored behind us left so we joined them.  It is so much easier with two boats and two crews. 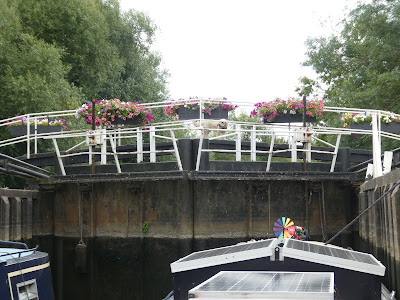 We usually head for Offenham Lock but there is no shade there and I remembered that the mooring above Harvington Lock was shady.  The mooring was free, so we quickly tied up before anyone else appeared!  It really is a perfect place and is now my new favourite place!  It was ideal for the planned BBQ and we sat out eating, drinking and putting the world to rights!!  I would add that Richard had a full watering can beside the BBQ just in case a stray spark decided to ignite the grass. 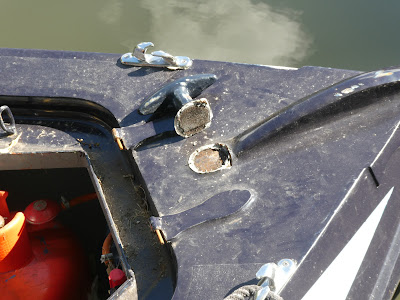 Richard had to mend the T stud as I had managed to pull it off in a lock!  There are walkways across the Avon locks gates which stick out and as I went into the lock it got hooked over the walkway so, of course, as the water level went down something had to give, and it was the T stud ☹ 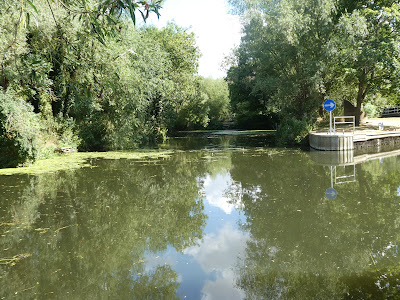 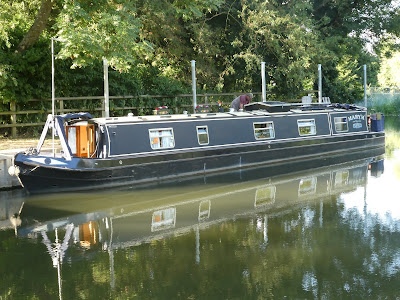 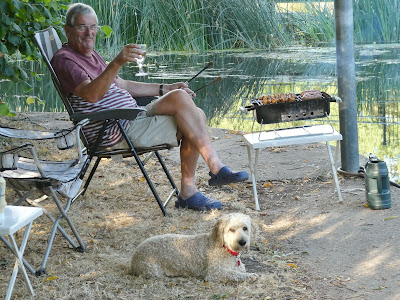 The Upper Avon locks all have two names

Stratford Trinity Lock (Colin P. Witter) – this was the most difficult to build because of its unusual depth and the unstable nature of the ground (silt pit), which accounts for the unusual girders used to stabilise the structure.  The work was done by men from Gloucester Jail and other volunteers.  Apparently, it was once famously described by a lady councillor as "Mr Hutchings' monstrous erection in the park."

Weir Brake Lock (Gordon Gray) – is the biggest, best and last of the new locks and was built in 38 days by boys from Hewell Grange Borstal and other volunteers.

Luddington (Stan Clover) – was built by men from Gloucester Jail. 7-ton piling hammers were needed to break through layers of stone.

Welford (W A Cadbury) – was paid for by the Cadbury family.

Bidford Grange (Pilgrim) – the money for this lock was donated by the Pilgrim family and was hand built with thousands of steel-reinforced concrete blocks by men from Gloucester Jail. 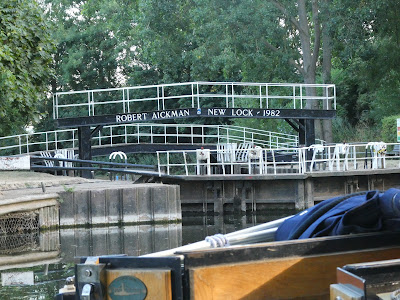 Harvington (Robert Aickman) – is a national memorial to Robert Aickman who was one of the modern canal pioneers - fighting to keep our canal system open back in the 1940s and 50s alongside Tom Rolt.  This lock was built later than the other new locks during the restoration. The original attempt was on the site of the old 17th century lock but the foundations were impenetrable, and it was not successful.

Offenham (George Billington) – George, knowing he didn’t have long to live, donated the money to build Offenham Lock.  Again, volunteers from Gloucester Jail along with the Waterways Recovery Group set to work and within 6 weeks the lock was completed.  George sadly died a week later.

Posted by Linda Gifford-Hull at 13:34