The River Avon is also known as the Warwickshire Avon or Shakespeare's Avon, to distinguish it from several other Rivers Avon in the United Kingdom.  There are five River Avons in England, three River Avons in Scotland and one River Avon in Wales, although the Welsh river is spelled Afon Afan.  (River in Welsh is Afon).

The source of the Avon is from a spring near the village of Naseby in Northamptonshire. For the first few miles of its length between Welford and the Dow Bridge on Watling Street, it forms the border between Northamptonshire and Leicestershire. On this section, it has been dammed to create Stanford Reservoir. It then flows in a generally west/south-westerly direction, not far north of the Cotswold Edge and through the Vale of Evesham, passing through the towns and villages of Welford, Rugby, Wolston, (bordering Leamington Spa), Warwick, Stratford-upon-Avon, Welford-on-Avon, Bidford-on-Avon, Evesham and Pershore, before it joins the River Severn at Tewkesbury.  The river is 85 miles in length. 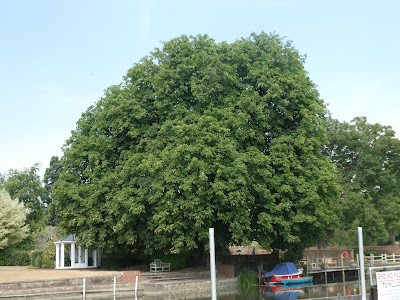 The navigation works on the Avon were originally authorised by an Order in Council and Letters Patent of Charles I in 1635, which named William Sandys as the grantee, with powers to improve both this river and the River Teme. He had already bought a number of mills on the river, but there were few objections from millers at those he did not own, for he built pound locks with two sets of gates, to enable vessels to pass by without the large loss of water associated with flash locks. The only objections were from Sir William Russell, who owned Strensham mill, and whose grievance was about land purchase, rather than the navigation works. By 1641 it was reported that the river was navigable to within 4 miles of Warwick.

After a period of decline, navigation rights along the river were confirmed by a clause in the Stour and Salwarpe Navigation Act of 1662. Further improvements were made to the river above Evesham from 1664 by a syndicate led by Andrew Yarranton. He was working for Lord Windsor and others, and the work included the construction of three navigation weirs, which were a type of flash lock with a single barrier. These were used to enable boats to pass over shoals, and with the exception of the one at Pensham, were not built adjacent to mills. The Pensham watergate did at times hinder the proper operation of the mill, when the water levels rose above the gate. Once Yarranton's work was completed, barges of 30 tonnes could navigate to Stratford. 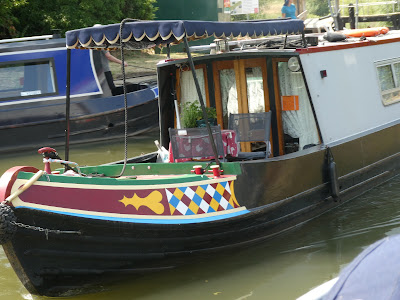 Ownership of the navigation was formally divided into the Upper and Lower Avon in 1717, with Evesham being the dividing point. The Lower Avon Navigation between Evesham and the River Severn was leased by George Perrott in 1758, who spent over £4,000 upgrading the locks and weirs to enable 40-ton barges to navigate the river. The work was completed by 1768. Perrott then intended to sell the navigation, but when the Stratford Canal was being promoted, he had a clause inserted into the Bill to force the Worcester and Birmingham Canal to make payments to him in view of the expected drop in tolls that the Navigation would experience. Once the Stratford Canal was completed, there was fierce competition between the Upper and Lower Avon companies, with coal from the Worcester and Birmingham coming up-river to Evesham, and coal coming down-river from Stratford. As the tolls dropped, Perrott leased the Lower river to the Worcester and Birmingham Canal company from 1830 until 1851.

The Lower Avon Navigation never quite fell into total disuse. The Worcester and Birmingham Canal renewed their lease in 1851 for a further 21 years, but traffic was severely hit by the opening of a railway link from Ashchurch to Evesham in 1864. Receipts had dropped to £139 in 1872, and the canal company did not renew their lease again. Somehow the navigation remained open, and as the commercial traffic declined, there was a gradual increase in pleasure usage. By the end of the Second World War only one barge was plying the stretch between Tewkesbury and Pershore, and the river above Pershore became unnavigable. 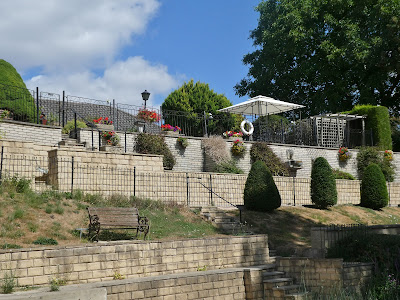 The first moves to return the waterway to a navigable condition occurred in March 1949, when the Evesham Journal published an article on its history and decline. Robert Aickman started a correspondence with the editor of the article, suggesting that the river could be restored. Douglas Barwell sought legal advice on how best the proposal could be managed, out of which the Lower Avon Navigation Trust Ltd (LANT) was constituted as a charity in 1950, and the BBC broadcast news of the proposals in April 1950.  By May 1952, despite being in a period of great austerity, LANT had raised over £4,000 towards the work, and the involvement of the Royal Engineers, who helped with the reconstruction of Chadbury Lock as a training exercise, increased public awareness, and enabled further public appeals for funds to be made. By 1962, LANT had raised over £50,000, the 7 locks from Tewkesbury to Evesham were restored to working order, re-opening the Lower Avon, and plans were already being made to rebuild Evesham Town Lock and press on towards Stratford. Mrs Barwell, the wife of Douglas Barwell, formally opened the waterway in June 1962.  Mr. Barwell received an OBE for his work on the navigation.

An anonymous benefactor was about to give £80,000 in 1963 towards the restoration on the Upper Avon, while a donation of £5,000 enabled Evesham lock to be rebuilt and opened on 11 June 1964.  Collins Brothers, who owned the lock site, with the main dam, sluice and weir, donated them to the Lower Avon Navigation Trust in 1966, extending the jurisdiction of the Lower Avon above its historical limits. The other waterway to Stratford, the Stratford-upon-Avon Canal, had been restored by the National Trust and was opened by Queen Elizabeth the Queen Mother exactly a month later, and her involvement caught the public's imagination.  Although the Upper Avon was in a much worse condition than the Lower Avon, the Upper Avon Navigation Trust Ltd (UANT) was constituted in 1965 to rebuild it. The project was led by David Hutchings, fresh from completing the Stratford Canal restoration, who obtained permission to build a new lock at Stratford in early 1966 and launched an appeal for £6,000 to fund it. Work began on 19 July 1966, once half the cost had been raised. 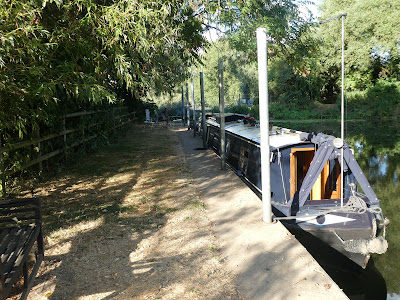 The concept of building new locks and weirs, with most of the work being undertaken by volunteers, was new. Negotiation with the Severn River Authority led to an agreement that such works could be constructed, which was eventually formalised when a private Bill was put before parliament, which became the Upper Avon Navigation Act 1972.  Further funding came from an Inland Waterways Association national restoration fund, launched in 1969.  Work continued, with phase one, covering the section from Evesham to Bidford Bridge, being declared open on 12 June 1971, during an IWA boat rally at Bidford. The estimated cost for the complete restoration was £250,000, all of which was raised by public subscriptions, with the exception of a grant for £25,000 from the Department of the Environment, which was made at the time of the phase 1 opening. The project, which involved the construction of nine new locks, reopening a 17 mile navigation which had been derelict for over 100 years, was completed on 1 June 1974, when Queen Elizabeth the Queen Mother returned to Stratford to declare it open. It was the largest project of its type to that date, and Hutchings was awarded an MBE for his leadership.

There have been proposals to extend the navigation upstream from Alveston to a link with the Grand Union Canal at either Warwick or Leamington Spa. This was first considered by the Severn Trent Water Authority in 1974, who conducted a survey, the cost of which was partly funded by the Inland Waterways Association. This would open up a stretch of river that has never previously been navigable, but the proposal has not been universally welcomed. Landowners at Warwick Castle and Charlecote Park have attempted to claim the river as private property, although the 1636 Orders of Council state that the river was free to Coventry.  Despite much local support, there is still some opposition to the scheme.  I have heard today that it is going to go ahead!

Posted by Linda Gifford-Hull at 09:58