We both had a really bad night with both of us awake until 2am.  It’s most unlike Richard though a bit more common for me.  I wondered if, maybe, the barbecued sausages were to blame!  There are some more in the freezer, so we will see!

As you can probably imagine we both felt rough this morning, but it still didn’t stop Richard from making tea at 7.45am – I wasn’t best pleased!  We were definitely going to Catherine de Barnes today but it wasn’t far so a nice leisurely start. 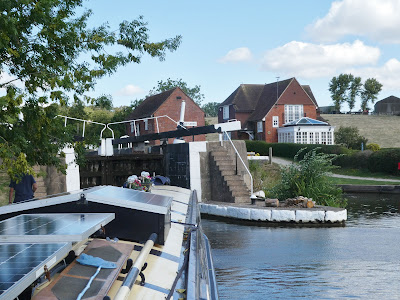 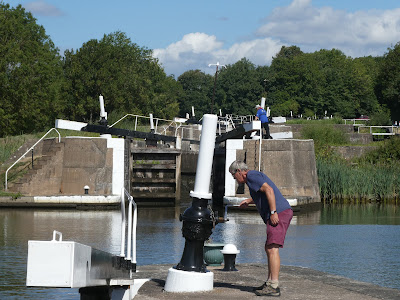 We had the Knowle flight to do – five very impressive locks.  Originally the locks were a series of six narrow locks, but one lock was removed and the remaining five were modernised into wide locks during the 1930 Grand Union Canal Improvement.  The remains of the old narrow locks are still evident and are the northernmost of the widened locks on the Grand Union.  It was quite windy, and the locks are very exposed, but I managed to get in through one gate without touching the side except for the first one.  There were two volockies working so one helped us and we were up and out quite briskly. 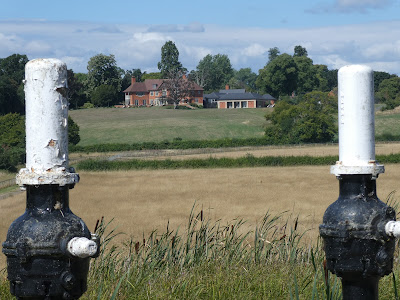 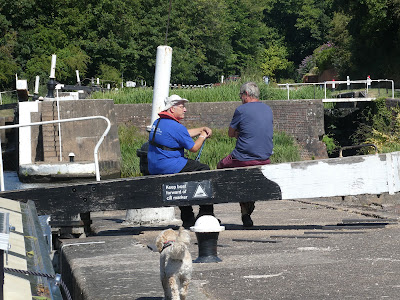 There are redundant side pounds which the volunteers are trying to renovate so they can show the public how side pounds work. 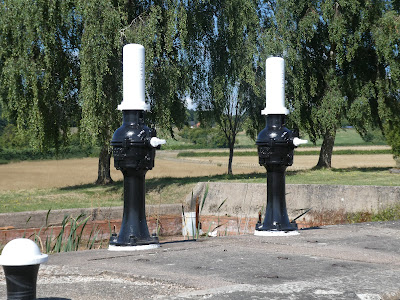 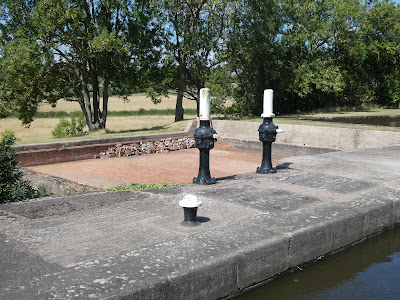 We passed Knowle Hall Wharf where they build “Individual Boats for Individual People”. 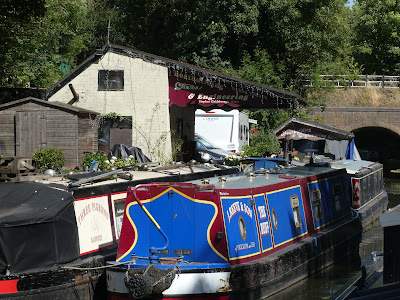 We were now on the summit pound and it all started off really nicely but suddenly we came across masses of rubbish in the canal and we kept hitting things on the bottom.  Catherine de Barnes isn’t as nice as I remember it ☹ but hey ho never mind!  We moored up under the trees to keep cool – oh wait, it’s raining!  I think the hot weather may have gone now.

Catherine de Barnes is commonly known to locals as Catney though the working boatmen used to call it Kate.  Its name originates from Ketelberne, the man who owned it after the Norman Conquest in 1066.  However, it is mainly a later settlement probably dating from the building of the Grand Union and St Catherine's church which is now a village hall.  In 1907, a "fever hospital" was built for isolating patients with infectious diseases such as diphtheria, typhoid fever and smallpox. In 1978, Janet Parker, the last known victim of smallpox in the world, died here. The hospital closed in the mid 1980s and in 1987 was converted to residential use – not sure I would like to live there!! 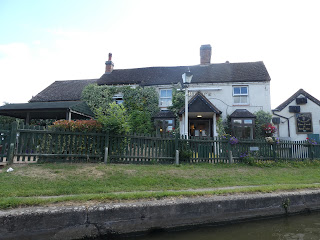 We passed the Black Boy pub which I wasn’t sure about but when I did my research I was happier as pubs across England called The Black Boy are generally named after King Charles II. It was a nickname coined by his mother because of the darkness of his skin and eyes.  King Charles is credited with popularising champagne drinking and yachting in England.
5.32 miles
5 locks

Posted by Linda Gifford-Hull at 11:06