We had a disturbed night with a loud beeping waking us up at about 4am.   Richard went to check and found that it was the C02 alarm crying out for new batteries!

We made an early start this morning - well for us anyway!  We had 7½ lock free miles before descending into Birmingham.  I picked up that there was a Tesco Express near bridge 85 but when we got there Google maps said we had stopped a bridge too soon, so we carried on.  The next bridge was definitely the wrong one and I realised that I had checked Google maps on the laptop and it obviously hadn’t caught up with us – damn.  Nothing was urgent fortunately – unless you count a ready meal for dinner.

The first photo on a blog post comes up as the main photo on Facebook and I always try to find a nice one.  However, I haven’t managed to take a nice one today so this one was taken yesterday – I do wonder why anyone would want to paint a house this colour in the countryside! 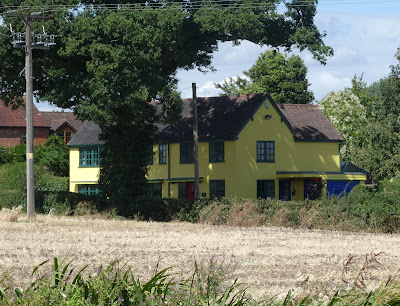 We got to the services at the top of Camp Hill Locks and filled and dumped as appropriate!    When we stopped there in 2011 we had hoped to moor overnight but the mooring place was taken by “water gypsies” (there was no other word for them).  This time the mooring place was free – typical.  The services and mooring are very safe as they are surrounded by high fences and in fact you can’t get out! 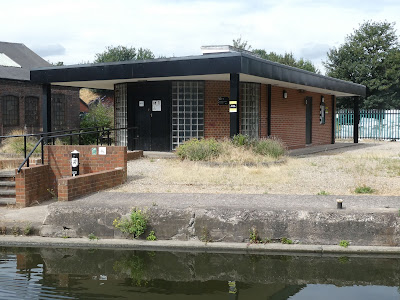 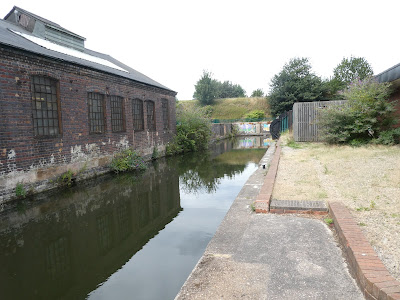 As we were stopped at the services a boat came up the locks – the first boat we had seen all morning.  At least the locks would be full – well fullish as they leaked like mad!  By the time we got to the bottom of the flight they were more or less empty. 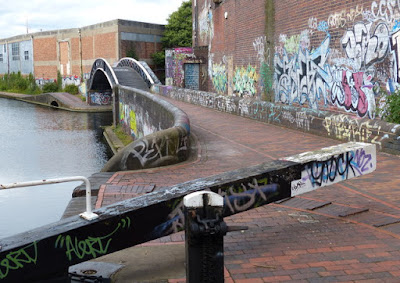 We turned right at Bordesley Junction and headed to the Garrison flight of locks – we were now on the Birmingham and Warwick Junction Canal which was built in 1844 to ease congestion on other routes in and out of Birmingham.  Sadly, it is not the nicest canal – in fact it is probably in the bottom three, if not in bottom place, for us anyway!! 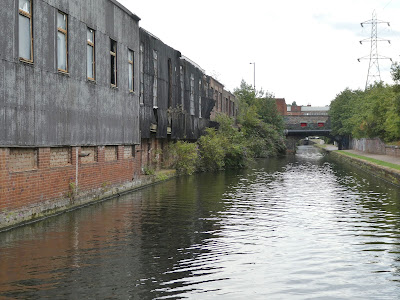 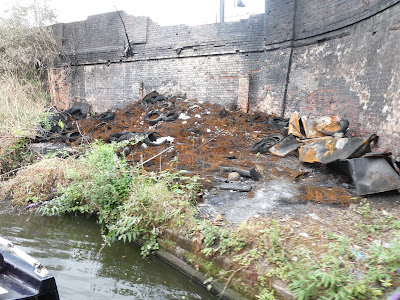 But then I did take a couple of nice photos. 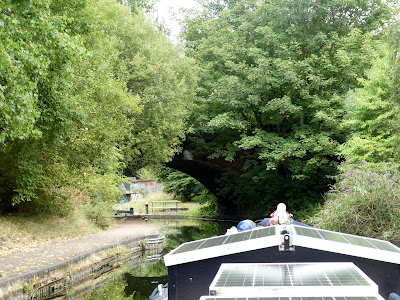 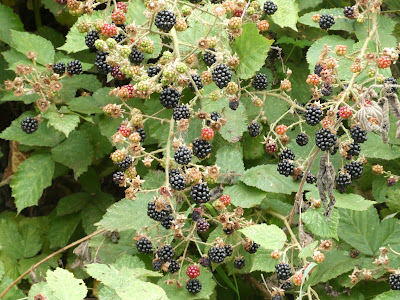 We were heading to Star City where there are C&RT moorings which are secure.  As we got there we saw our second boat of the day tied up – there is room for about 3 long narrowboats.  Star City is built on former derelict industrial land and was developed as part of a regeneration scheme for the Heartlands area and to change Birmingham's image for the 21st century. The complex was formally opened in July 2000 by actors George Clooney and Mark Wahlberg. With some 392,000 square feet of leisure space, it is one of the largest leisure complexes in the United Kingdom. 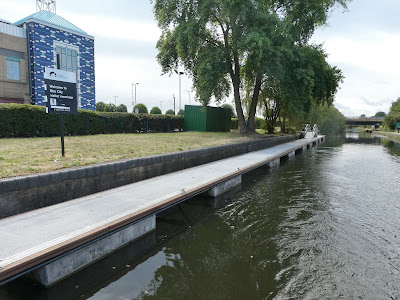 After my aborted shopping trip earlier, I looked to see what Star City might have to offer foodwise – Pizza Hut, that will do!  So, it was out through the locked gate (BW key needed) and a 100 yards or so to collect pizzas which had been ordered online – perfect!
10 miles
11 locks

Posted by Linda Gifford-Hull at 10:44