We had planned to get to Catherine de Barnes today which was a four hour trip but we didn’t get that far!

The water tap in Lapworth Basin is painfully slow and it seemed to take forever to top the tank up – in the end 2 more boats were waiting for water.

Along the Lapworth Link to Kingswood Junction and then a left turn onto the Grand Union.  It was 2011 when we last on this part of the Grand Union.  After about 1½ miles Richard decided he had had enough and pulled over under some nice shady trees. 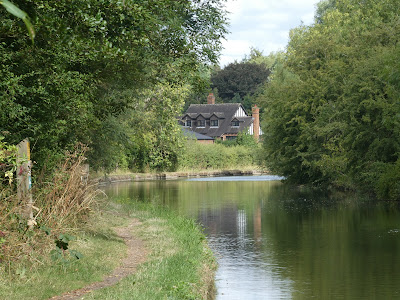 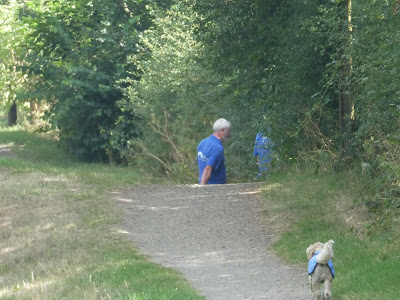 As we got to the top of the lock into Lapworth Basin there was a boat on the water point doing a pump out.  He finished as we left the lock.  Richard held Mary H by the centre line while “Mr. Slow Coach” put all his things away – he even looked down the engine hole!  He must have known we were waiting as our bow was only a few feet away from his stern.  “Mrs. Slow Coach” let the front rope off and pushed the bow out but still he fiddled.  He finally moved off without even looking at us.

Richard cooked a BBQ this evening – I had bought lots of BBQ meat only to find that, after using tonight’s coal, there is no more left!

We are moored near a turnover bridge and I wondered what the difference is between a turnover and a changeline bridge.  In fact, these bridges have three names, roving, changeline or turnover. Wikipedia says that they are bridges over a canal constructed to allow a horse towing a boat to cross the canal when the towpath changes sides. This often involved unhitching the tow line, but on some canals, they were constructed so that there was no need to do this by placing the two ramps on the same side of the bridge which turned the horse through 360 degrees. On the Macclesfield Canal this was achieved by building spiral ramps and on the Stratford-upon-Avon Canal and others by constructing roving bridges of iron in two cantilevered halves, leaving a slot in the middle for the tow rope. This was also called a split bridge. For cost reasons many ordinary Stratford bridges were also built in this way as they had no tow path.  The ramps of the bridge were typically studded with alternating rows of protruding bricks to prevent the feet of the horse from sliding. The bridge may be constructed of cast iron (particularly in industrial areas) or of more conventional brick or stone.

Posted by Linda Gifford-Hull at 10:54