A nice peaceful night – we were very close to Spaghetti Junction, but the traffic noise wasn’t a problem.

We have now covered the whole of the Grand Union Canal from Brentford (coming in from the Thames) to today where it joins the Birmingham and Fazeley – obviously not on this trip but I wonder how many people can say that they have done it as it means traversing the Birmingham and Warwick Junction Canal. 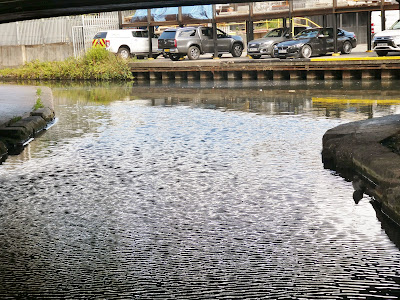 Here are a few photos I took as we came out from under the motorways. 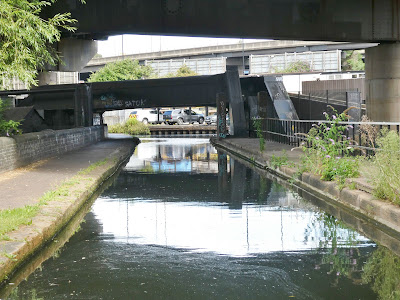 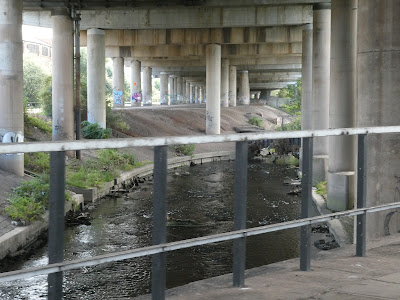 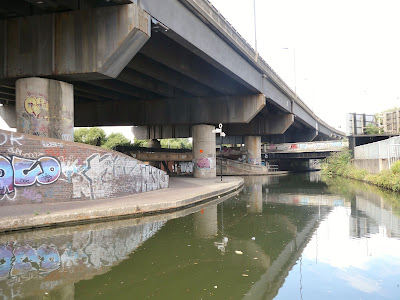 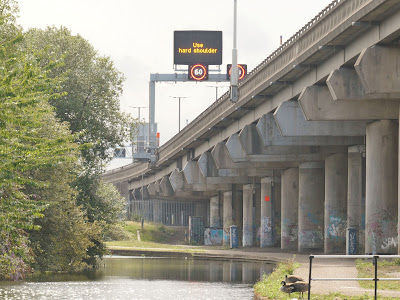 The canal goes under this factory which once manufactured electric arc furnaces. 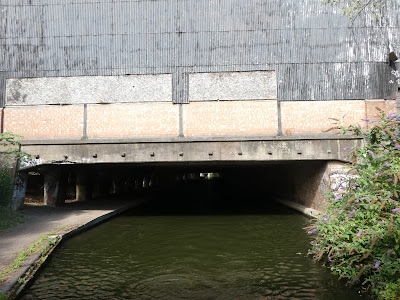 The only locks we had to do today were the 3 Minworth locks.  At the top lock are a couple of lock cottages with a plaque saying Lock and Bridge Competition 2001 – National Champion. I don’t think today’s floral display will win anything! 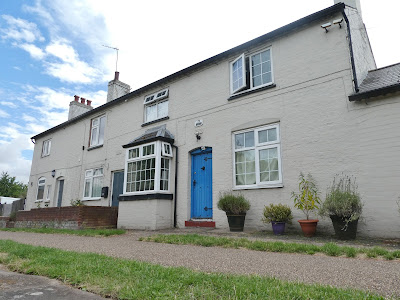 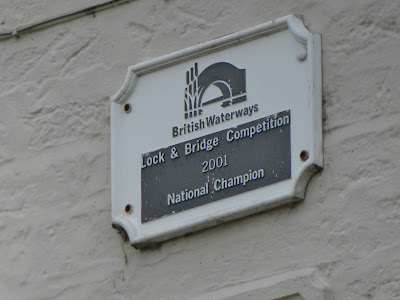 The second Minworth lock is in a lovely location – though there are factories and workshops behind those trees. 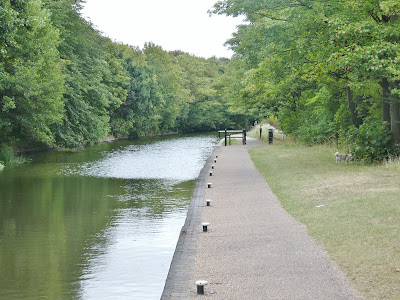 I found this at the bottom lock.  Any ideas? 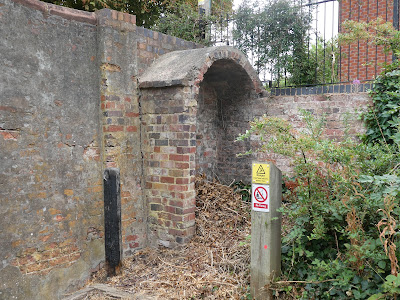 There are a number of pubs along this part of the canal all with their own moorings however, after last night’s pizza, a pub dinner is definitely out of the question!  We were heading for Curdworth and but stopped a little short overlooking a HUGE field of wheat which was being harvested along with a baler baling the straw. 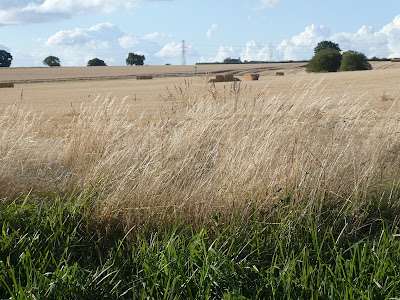 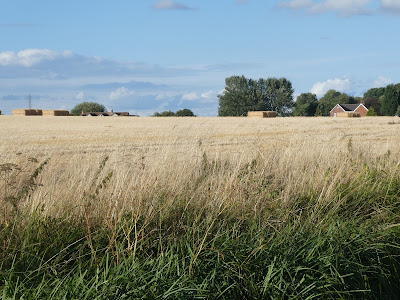 We had a changeable afternoon – raining one minute and bright and sunny the next.

Here are a few facts about Spaghetti Junction.  Despite being officially named the Gravelly Hill Interchange, it was the apt moniker of Spaghetti Junction that stuck and passed into everyday language.  The nickname is even mentioned in the Oxford Dictionary, but road maps still use it original name.  Designed to join up the M1, M5 and M6 motorways, the interchange was the centrepiece of the Midland Links project to bring traffic into the middle of Birmingham.  The six-lane carriageway and link roads had to go through several built-up areas, so planners followed the line of the river and canal network on elevated sections to minimise demolition and disruption.  This is why the interchange takes on its 'spaghetti' appearance.  It took four years to build the intersection and, after starting construction in 1968, the first motorists ventured on to its carriageways on May 24th 1972.  In its first year, an average of 40,000 vehicles passed over it every day. But that number is now much higher.  More than 200,000 motorists use it every day.  At the time of its construction, the project cost £10million to complete. It consists of 559 columns - some of them 80 feet high - and 13,000 tonnes of steel reinforcement.  Split across five levels, Spaghetti Junction is one of the biggest and recognisable interchanges in Europe and even appears in the Guinness Book of World Records as 'the most complex' on Britain's road networks.  A total of 18 routes are served by the junction and the whole interchange covers a 30-acre area.  About £7million is spent by the Highways Agency every year to keep Spaghetti Junction in a safe condition.  Strangely enough I have “borrowed” this photo from the internet – and there was you thinking I had taken a flight so I could take this photo!! 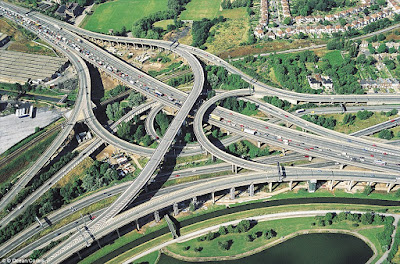 The interchange's colloquial name "Spaghetti Junction" was coined in 1965 by journalists from the Birmingham Evening Mail. On 1st June 1965, reporter Roy Smith described plans for the then unbuilt junction as a "cross between a plate of spaghetti and an unsuccessful attempt at a Staffordshire knot" and sub-editor Alan Eaglesfield headlined the article
"Spaghetti Junction".

Posted by Linda Gifford-Hull at 10:41