We had a good night’s sleep – thank goodness after two bad ones.

We set off early this morning – I can get going early if I try!

We passed the Armitage Shanks factory and I looked for the stack of toilets to take the obligatory photo but I couldn’t see them ☹  Richard wants to know how they make a toilet – maybe I should write and ask them!  Apparently, the site used by Armitage Shanks has been there since 1817. 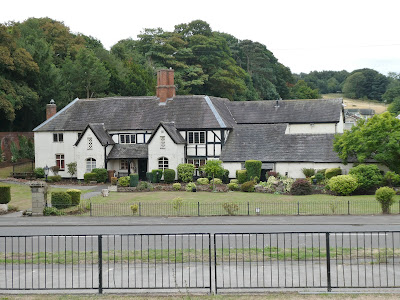 Last time we were this way Spode Cottage was a pub but that has now closed.  The Grade II building has been sold (the asking price was £499,000) and plans are in for it to become a six-bedroom house. 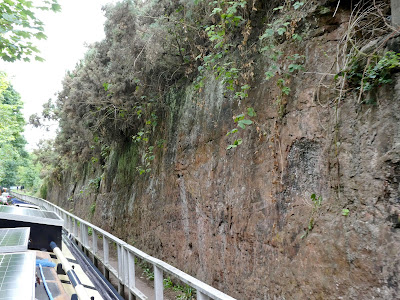 We were soon at the Armitage narrows and I prepared to jump off and walk up to make sure there wasn’t another boat coming but we found a boat in front of us, so I was reprieved!  The narrows were once Armitage or Plum Pudding Tunnel, but mining subsidence meant the tunnel had to have its roof taken off and the bank lined with concrete, but you can still see coloured Keuper sandstone in places. 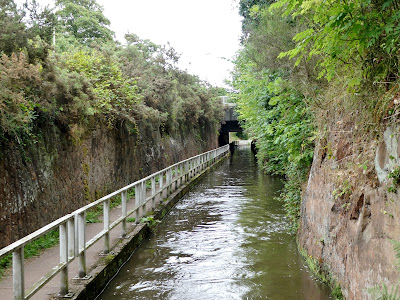 Just before Coal Board Bridge (64) the boat in front of us grounded quite badly as he pulled nearer the bank to let a boat coming the other way through.  Whilst waiting we grounded too – so watch out low water about!

We wanted to stop at Tesco at Rugeley and after the last time I tried to find Tesco and missed the bridge I followed our progress on Google Maps on my phone which worked a treat.  As we walked up to the bridge, Tescos was on our right and Morrisons on our left – I don’t think I have ever had a choice of two large supermarkets whilst on the cut.

I had spoken to Gill yesterday and she said that Great Haywood was very quiet however as we approached Haywood lock the visitor moorings were all full.  We went through the lock and all the ones there were full too, however a boat pulled out almost in front of us, so we slid into his place!

I had made a chilli as we were going along earlier, and Gill and Phil came round to help us demolish it!  It was really nice to see them again and we had a lovely evening.

Posted by Linda Gifford-Hull at 10:34