We had a restful morning and then went off to explore.  First, we drove to Blu for ice cream. 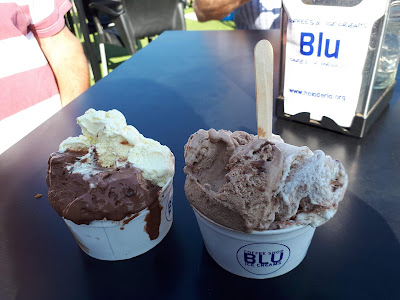 Then down to the Macenas watchtower and Jim managed to climb the steps which I wasn’t sure he would be able to do. 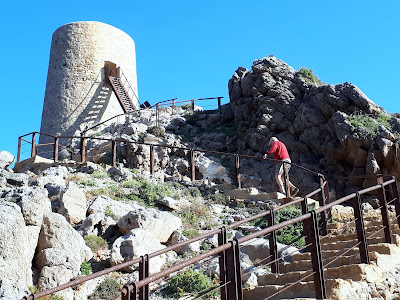 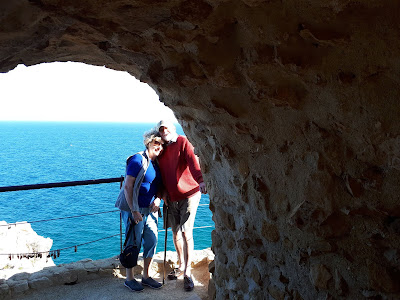 From the watchtower we headed south on the unmade road.  It was quite a rough ride!  Eventually we arrived at Puente del Santo beach where we stopped for a quick photo and then continued on to Bordenares beach where we did stop for a stroll. 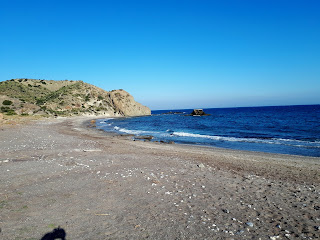 We passed a house on top of one of the cliffs – I didn’t get a photo from the road but the first two photos below are taken from the beach. 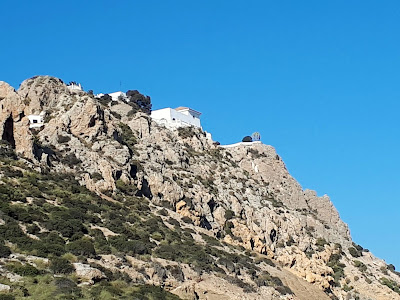 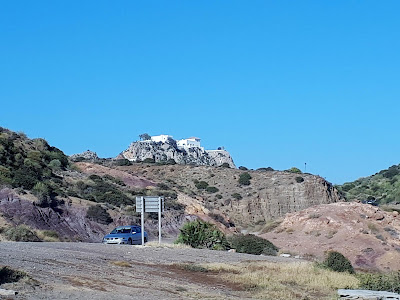 This photo of the house is taken from Google maps 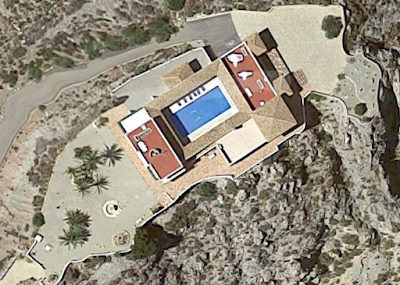 We decided to turn around at Bordenares as we didn’t think there was much further on but I’ve since found out there is a third beach, Playa del Sombreico.  We will have to go back now especially when one website says that Sombreico is peculiar and surprising.

All three beaches are made up of volcanic rock and sand and are also spectacular which is what has made them the focus of the most prestigious filmmakers: Orson Welles chose these three beaches as very prominent locations in his film Treasure Island.

Sunday 10th February
Up and out to Villaricos market.  We arrived just before midday and found it to be quite quiet except for round the fruit and veg stalls. 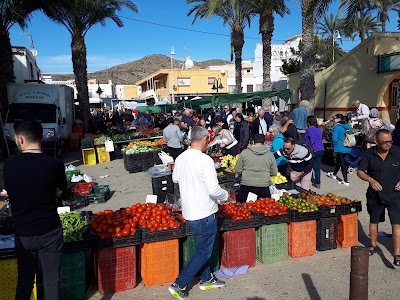 We had left the men at the café/bar but they had got bored and gone for a walk then couldn’t find anywhere to sit when they got back – it was really busy.  I had hoped that we would be able to get some lunch there but not today.  We walked back to the car and set off north but found another bar on the way out of town.  The service was diabolical but the food was OK.

We drove north up to Mar de Pulpì where we had been two years ago when it had been January and very chilly.  However, today was lovely and warm which made a big difference.  I had wondered if it would have changed as it did look like work in progress then and it still did today! 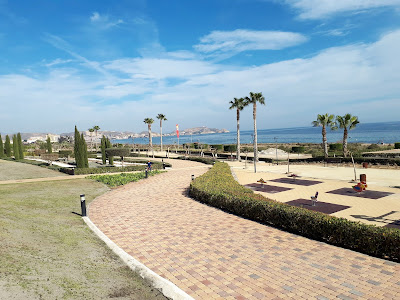 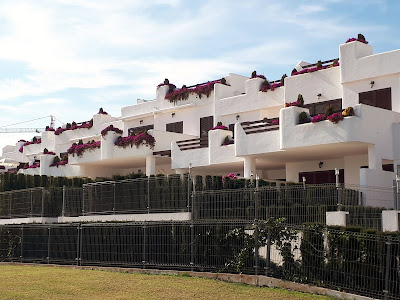 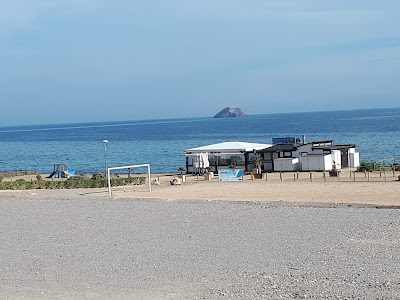 We then moved on to Aguilas (a new place for us) and found a lovely bay with a beautiful beach. 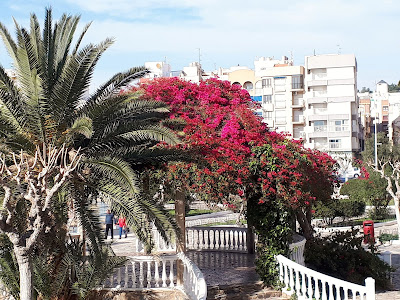 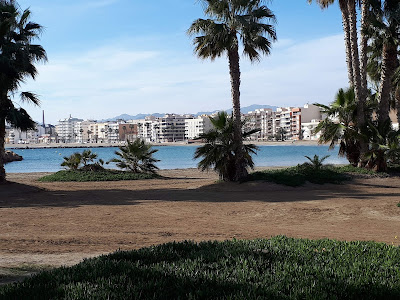 We walked towards “where it was all happening”, stopped for an ice cream and watched all the locals “parading” in their Sunday best! 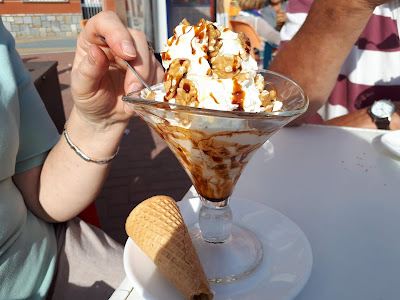 We could see a castle on top of a hill, but it was too late to visit it – one for the list for another time. 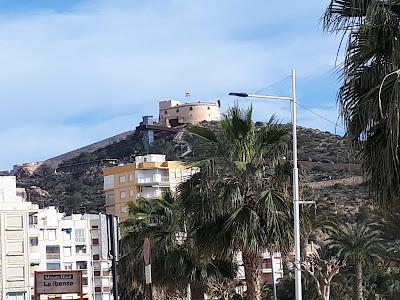