Monday 11th February
A day in the mountains today.  We decided to take the same route as last year as it had so stunning – and it still is.  We drove towards Sorbas and then to Uleila del Campo.  We then started to wind and climb towards the top – but it was so slow in coming!  Eventually we thought we were almost there so stopped to look at the view. 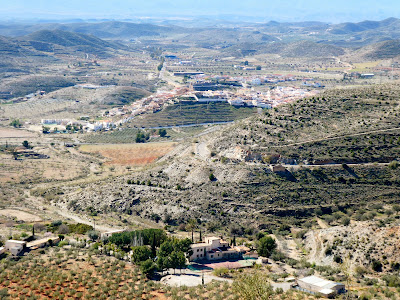 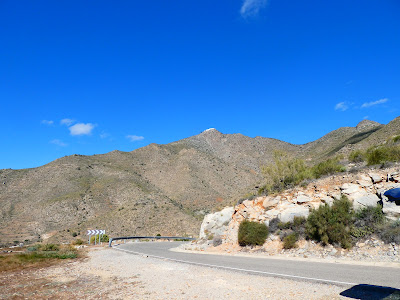 We also looked upwards to see a white building perched on the top of one of the peaks.  Through research I found that it is the Ermita de la Virgen de la Cabeza - a Sanctuary built between 1287 and 1304.  Another one to go on the list to visit. 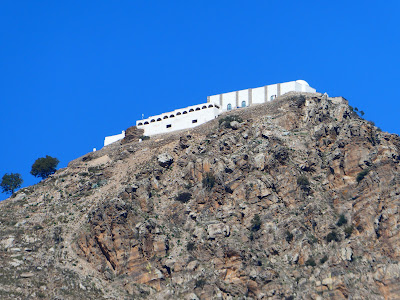 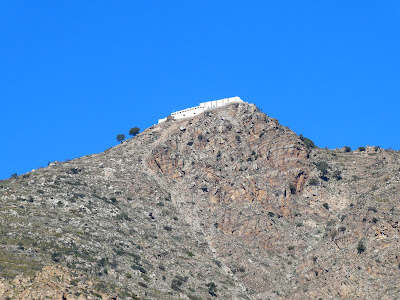 We wiggled and ascended and then wiggled and descended!  Passed the village of Cobdar and the marble works which don’t appear to be working any more.  We climbed again and then hunger got the better of us!  We had taken a picnic so pulled over.  Penny had the brilliant idea of using Muffin’s crate as a picnic table with his towel over the top – it is relatively clean! 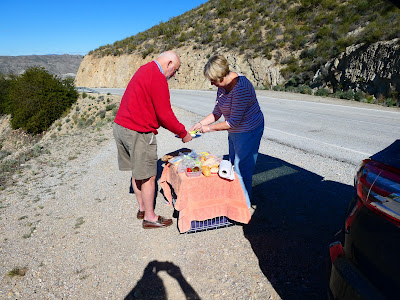 While we were munching on our baguettes we could hear, what we thought were, cow bells but in the distance we could see a flock of goats.  They had come out of a building and were being herded by a chap in a white 4 x 4 and two dogs.  The noise from the bells, as they moved along, was loud – I guess deafening if you were close by!  They were herded for quite a way then the 4 x 4 and the dogs went home.  The goats continued on to goodness knows where - though they obviously knew!  The following photos were all taken from our lunch spot. 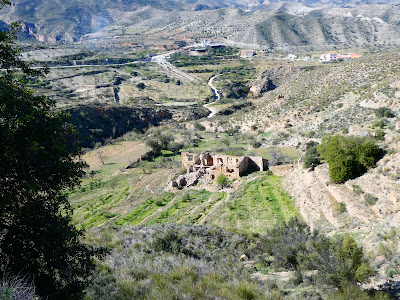 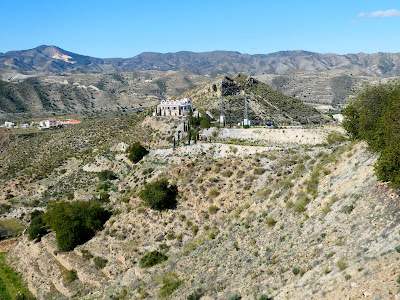 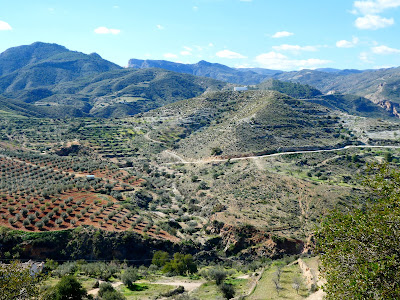 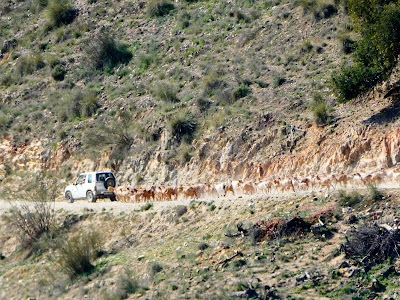 Tuesday 12th February
We were expecting guests today.  Bob and Pat are really friends of Penny and Jim’s, but I know them too and Richard has also met them, so it was really a “reunion”!  Bob and Pat have brought their caravan to Spain and are staying about 90 minutes down the coast from us, so they drove up to join us for the day.

One of the places that Penny wanted to see was a place just above Mojacar Playa called La Parata.  They had stayed there 37 years ago at the same time as our Mother and Step-father were staying in a friend’s villa.  She had been itching to go up there and we finally made it today.  There is a restaurant with a swimming pool and quite a lot of big, expensive houses – many more than Penny remembers. 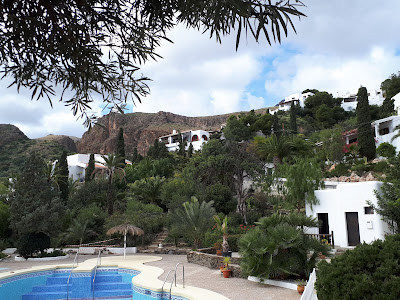 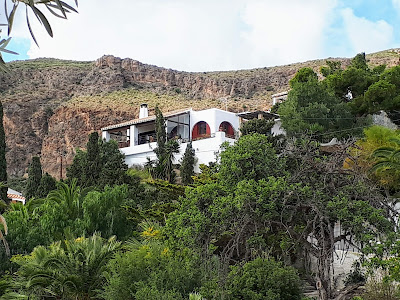 We were eating at the restaurant and, as we had two dogs with us, we sat out on the terrace.  There were a few clouds in the sky which made it quite chilly when they hid the sun.  We all had the Menu del Dia which, at €12, was a good deal as the food was lovely - €106 for the 6 of us (which included drinks). 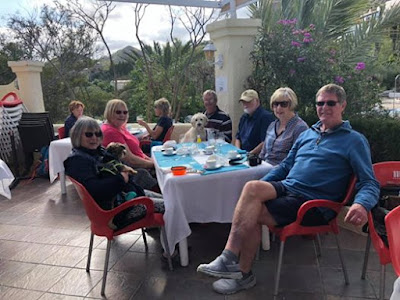 We drove back down to the villa and continued chatting while the dogs played round the pool.

While we were at La Parata Muffin wanted to study the menu! 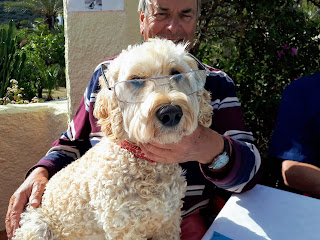