I spent the morning catching up with the blog and managing to post it on time – well in my eyes anyway.  I then spent a great deal of time looking for things to do with our visitors while they are here.  Some of things we have done before, and others are new but I’m looking forward to doing them all – oh and trying all the restaurants on the list too!

Our poor car was looking so dirty – Richard always keeps it very clean at home and I was surprised that he had left it so long.  In Mojacar (I don’t know if it’s the same all over Spain) you are not allowed to wash a car in the road, so every petrol station has a bay of jet washing bays and usually one “tunnel” one.  Richard reckons the jet washer is much more powerful that the ones in the UK and the car was clean in no time. 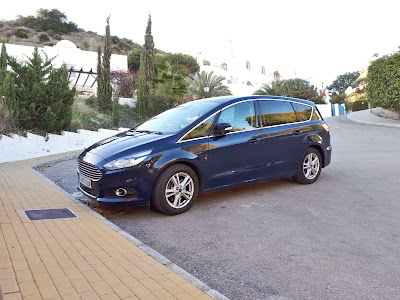 We have visitors for lunch tomorrow, so it was a quick visit to the supermarket before returning home for a cup of tea.  Does anyone else’s dog like to rest their chins on things?  Muffin is quite daft! 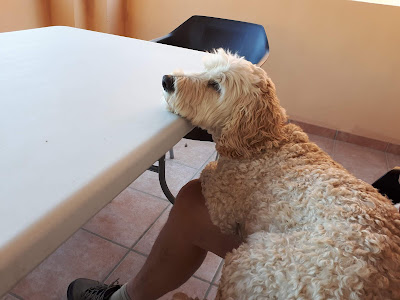 Another day in paradise!!  I can’t believe that today marks three weeks in Mojacar – where on earth has the time gone!

Having done the shopping yesterday I realised that I still needed mushrooms and kidney beans – a chill without kidney beans!!!  While I was out, I popped in to Beaches as they had said that I could have my new iPad delivered there.  It was definitely down as a Monday delivery but guess what?  It hadn’t been delivered!  I checked Amazon tracking and it left Madrid last night but it is being delivered by the Spanish postal service, Correos, who are renowned for being slow – I just hope it arrives before we go home! 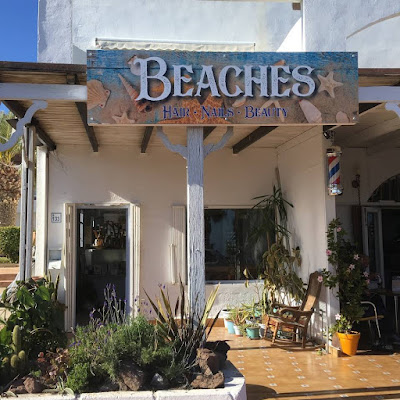 Bit short of photos for today!

We had a lovely afternoon with Carol and David who live in the other villa in our “complex” (do two villas and a pool count as a complex?)  I made a chill which I served with rather overcooked rice ☹  I had read that Spanish rice takes longer to cook than other rice – this was obviously not Spanish rice!

It was very interesting listening to Carol and David.  They have been coming to Mojacar for 14 years and had their own apartment at one stage however they felt that the cost of living (not counting food) was getting very expensive.  Also, taxes were escalating with taxes on taxes!  So, they sold up and now rent for the winter months.  There was still part of me that wanted to buy over here but their comments have changed my mind completely.

We had planned a quiet day before Penny and Jim were due to arrive tomorrow.  I needed to renew our gas and electricity and managed to get a great deal with our current provider (Scottish and Southern) which is going to cost us about £20 less a month!  I also needed to renew our BT contract.

If you are on the ball you may have noticed my mention of Penny and Jim’s arrival is in the past tense ☹  Just after lunch I got a message from Penny saying that she couldn’t find their passports.  My first reaction was to think, silly woman look a bit harder!  However, as the afternoon wore on it was obvious that she really couldn’t find them.  Penny inherited a big old desk, I reckon about 40 years ago, and the passports have lived in one of the drawers ever since but when she went to look “the cupboard was bare”!  I felt so useless and could do nothing except come up with some ideas of places to look – which had already been searched.  In the end they had to make the sad decision not to come.  The hotel at Exeter Airport had to cancelled and the flight, along with the hire car, postponed.  Penny was lucky that she found a very helpful lady at the BA Executive Club who had had a similar problem and has agreed to postpone the flight.  The care hire company have also postponed the car but there may be a change in the cost.

So that was my afternoon – sat at the laptop waiting for the next instalment.  However, I did go down to Beaches and my new iPad was there, so I brought it home and put it on to charge.  I was so disappointed but, hopefully, they will get out in a few days’ time.

It was rather a dull morning and I was so fed up that I felt there was little point in getting up.  We brought a TV with us and with the help of our IPTV box we can watch UK TV in bed as we do at home.  The only trouble is that I keep thinking that Breakfast Time finishes at 9.15am but that isn’t the case as over here it is 10.15am!  Today I got caught up in Homes under the Hammer and then Wanted Down Under and before I knew where I was it was midday ☹

To cheer me up Richard took me out for lunch.  One of our favourite places, when we were here two years ago, was La Cabaña and we haven’t been this year so off we toddled.  The Menu del Dìa is €14.95 for three courses, there are cheaper, but the food was excellent and the service first-rate. 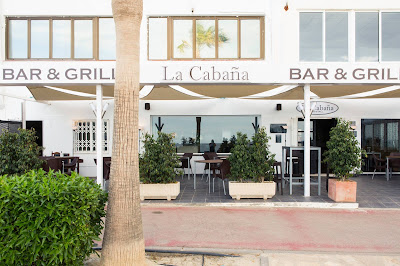 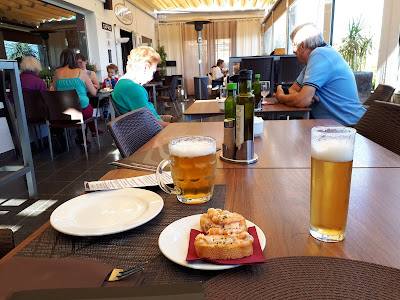 When we got home, I spent the afternoon setting up my new iPad.  Robert had told me what to do and that worked really well but I had to put in the password for everything that needed one and that seemed to take forever!  I have two old email addresses which some people still use and trying to get those was a nightmare.  I’m not sure how it happened but I managed to lose them from my laptop and I just could not get them to re-install.  A long call to BT ensued but the chap couldn’t do it and said that he would escalate it, and someone would ring me at 3pm tomorrow.  At least the iPad is working 😊

Not a very good array of photos today – I must try harder!

Posted by Linda Gifford-Hull at 17:27