Ingrid and I went to find a butcher first thing as a BBQ was planned for the evening.  We found Carniceria Juan and bought four lovely steaks.

We then drove out towards Tabernas to Castillo de Tabernas, an olive distillery.  It was really hot away from the coast and we were relieved to walk into the cool building.  We had a guided tour by a very knowledgeable young lady who spoke perfect English.  We were all fascinated at the process of making virgin olive oil.  The whole process is over and done with in two months, October and November but to collect, sort, wash and crush the olives only takes 24 hours.  Even the stones are used – crushed and then used as fuel.  We had a tasting afterwards and even I could get the aroma of tomatoes and green apples!!   I will write a bit more about the distillery when I have more time. 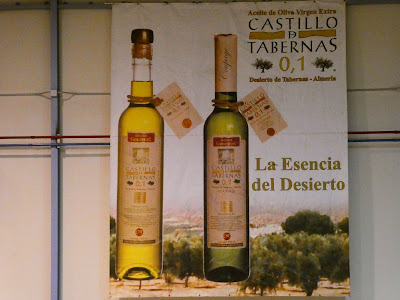 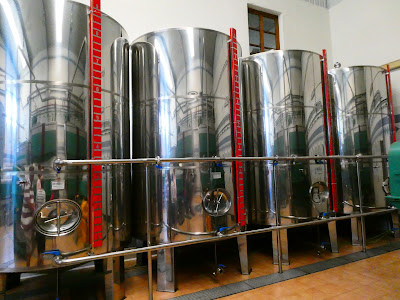 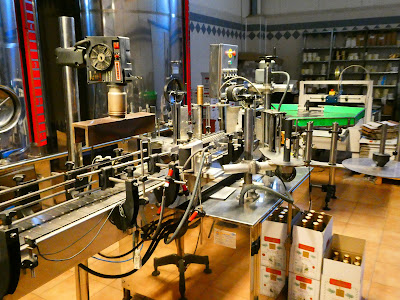 After our visit we decided to drive straight home and have an early BBQ.  The steaks were excellent – we will go there again for our meat. 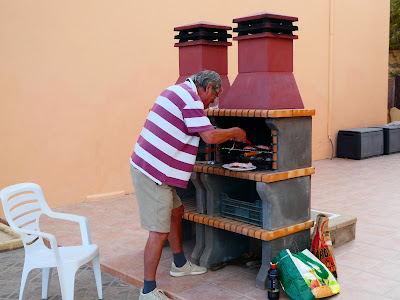 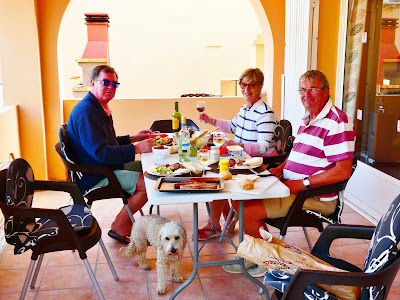 The evening was finished off by watching a film.

Bob and Ingrid went off to see a villa for next year.  They had arranged to meet the owners at the villa.  Sadly, almost as soon as they arrived, they were told that it was already booked for next year!  Why on earth they didn’t say before I & B went!

After lunch we went up to the Pueblo for a wander around.  It was still siesta time but at 4pm the whole place came to life 😊  I bought a new Indalo man pendant – a more traditional one than the one you see around everywhere.

I cooked a paella for dinner – that’s four this year.  It has been worth carting my huge paella pan over here!

We went off to Turre market in the morning.  It was a busy and hot one.  Richard got a pair of shoes and I got a couple of Christmas presents!

From the market we went up to Cabrera.  I had heard about it but had no idea what we would find.  I had visions of it being a small village, but it certainly isn’t that.  We climbed up and up until we came to some houses and a small restaurant which was closed.  We climbed further up to find houses spread about – it was a pretty amazing place.  We will visit again next year when there is more time. 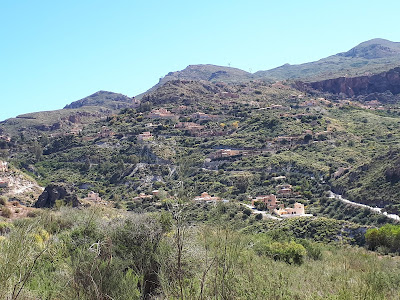 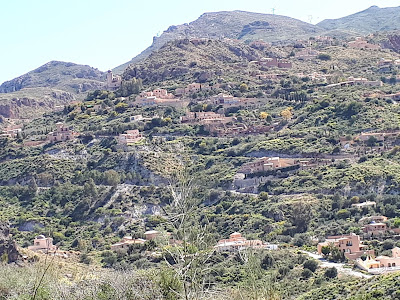 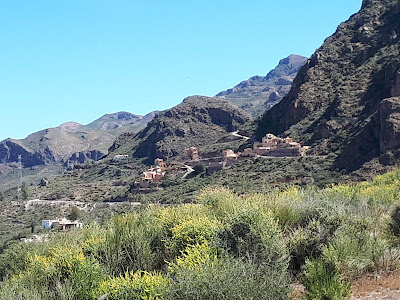 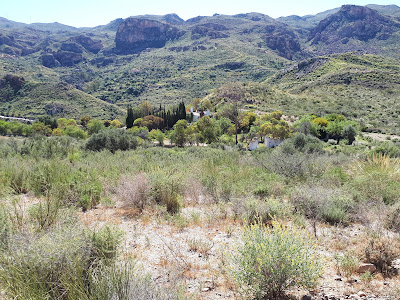 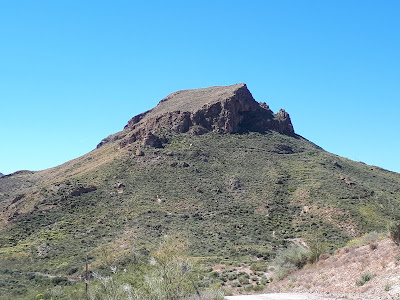 The reason there wasn’t much time in Cabrera was because Richard and I were going to the Salty Dog for memorial drinks for Paul Macey.  Paul was well loved in Mojacar and it was a lovely thing to do.  We were treated to the three songs that Paul had chosen for this funeral plus one that his wife, Elaine, loved.  It was a sad occasion, but it was lovely to chat to other people who had known Paul. 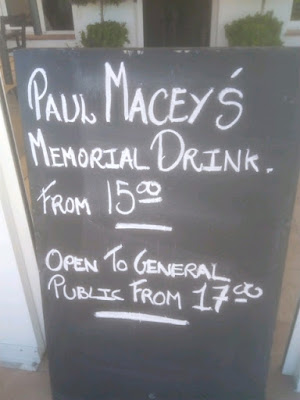 Ingrid did the cooking tonight – she made a pork dish.  It was called Flamenco potatoes and Spanish pork, the recipe of which came from a website called Love Potatoes.  It was scrummy 😊

Posted by Linda Gifford-Hull at 17:18