The day was pretty hectic getting the last minute things finished.  We had our house sitters, Julia and Kev, coming to look after Muffin, Yoyo and Penny’s dog Freddie, so I always try to leave the house clean and tidy for them.  After the last minute packing it was time to weigh the suitcases - both the big ones were 2 kilos under and our hand baggage were 4 kilos under - result!

Penny and Jim, my sister and brother-in-law, arrived about 2.30pm, just in time for tea in the garden.  We were ready so early that I messaged Julia to say that we were ready when she was!

Our actual departure was a bit fraught with both dogs wondering what on earth was going on and why couldn’t they come with us!  We knew they would be fine but they do like to put us on a guilt trip! 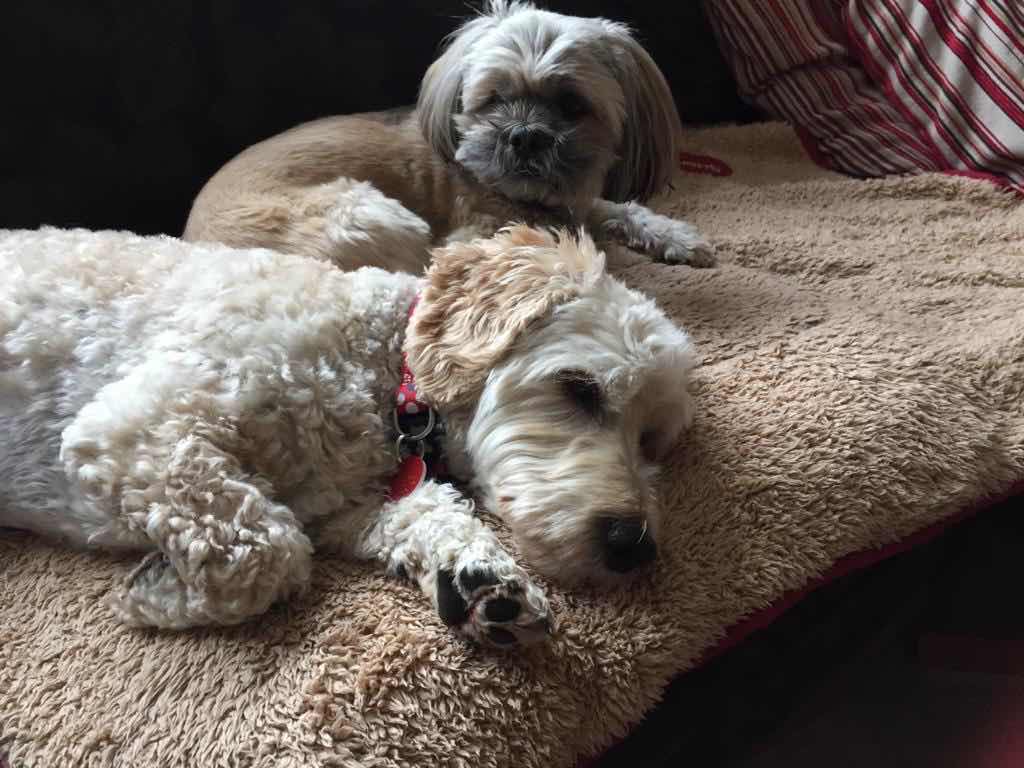 We drove to a Travelodge near to Bournemouth Airport as our civilised flight of 12.15pm had been changed to 6.15am 😲. We had dinner at the Toby Carvery next door and then retired for an early night.

Day 1
I didn’t sleep well and was wide awake about 3.40am so got into the shower, dragged Richard out of bed (unheard of in our household!) and we were on our way to the airport by 4.30am.  25 minutes later we were in the terminal and queuing for check in.  It was all very chaotic but we were finally in our seats and ready for take-off.

I had a lady sitting next to me who had broken her wrist and had had a plate put in two days before.  We got talking and chatted for the whole flight - it made the three hour flight go very quickly.  At one stage we had the most amazing view of Venice with the Grand Canal weaving its way through the middle.  Our landing in Corfu was interesting as no sooner had the wheels touched the ground than the brakes were slammed on - there was laughter coming from all over the plane, some was more concerned laughter than others!

I won’t rattle on about Corfu airport but there assistance, for Jim, was pretty non existent.  Onto our coach, through Corfu town and out to the port where the Marella Discovery was waiting for us.  A quick check-in, a bus ride to the ship and we were aboard.  Our cabins were ready so a brief visit to unpack hand luggage and then off for lunch. 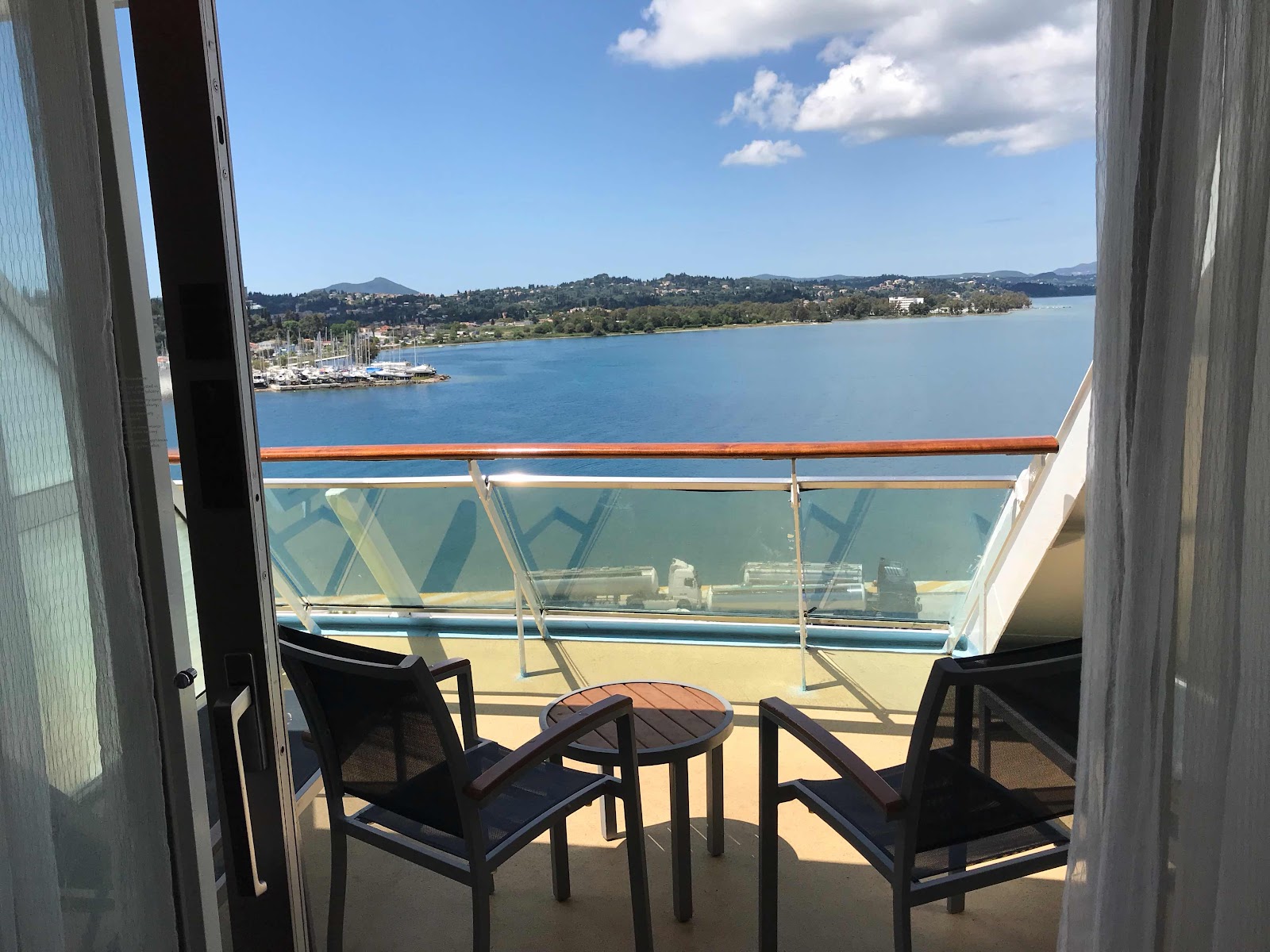 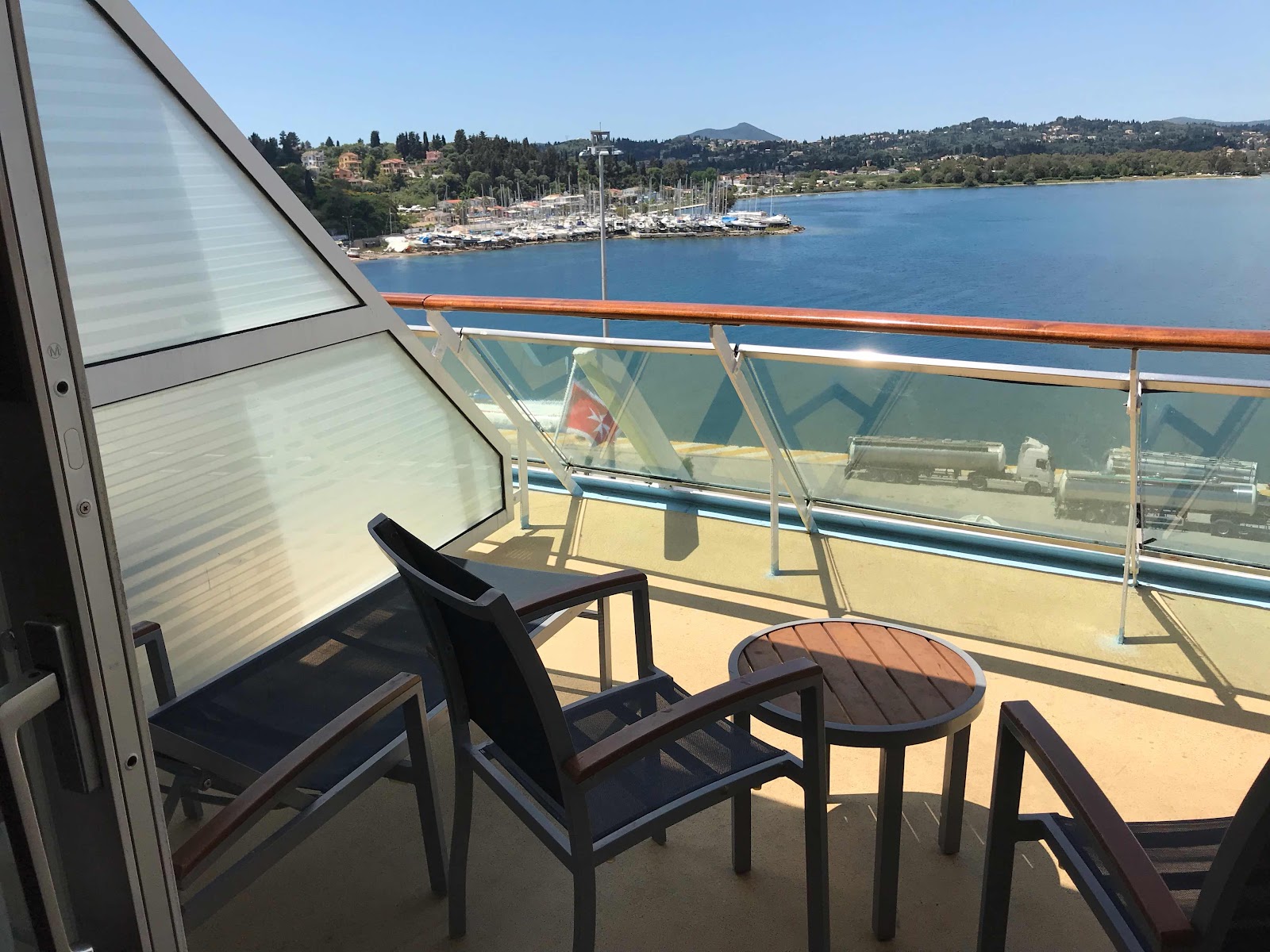 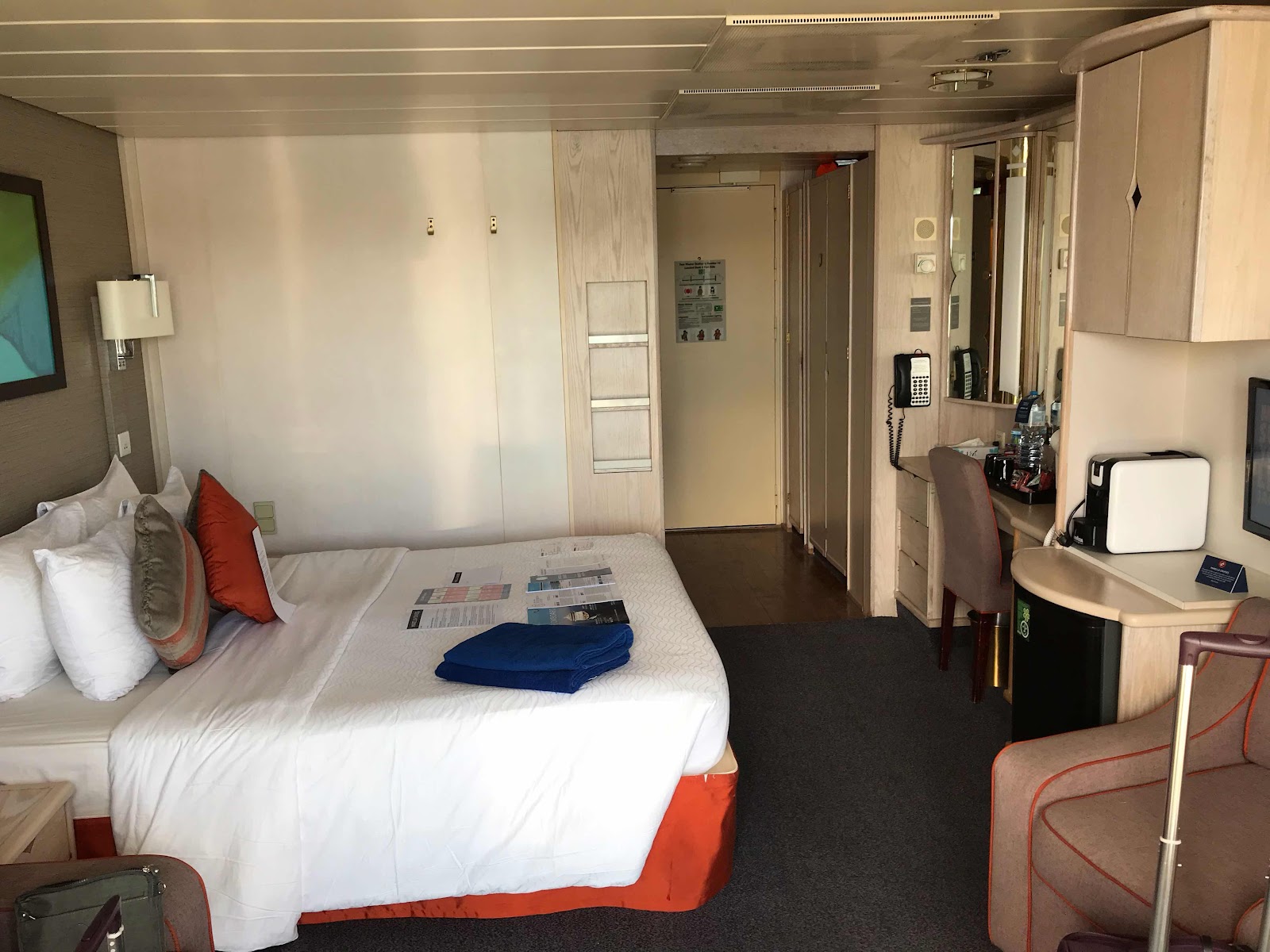 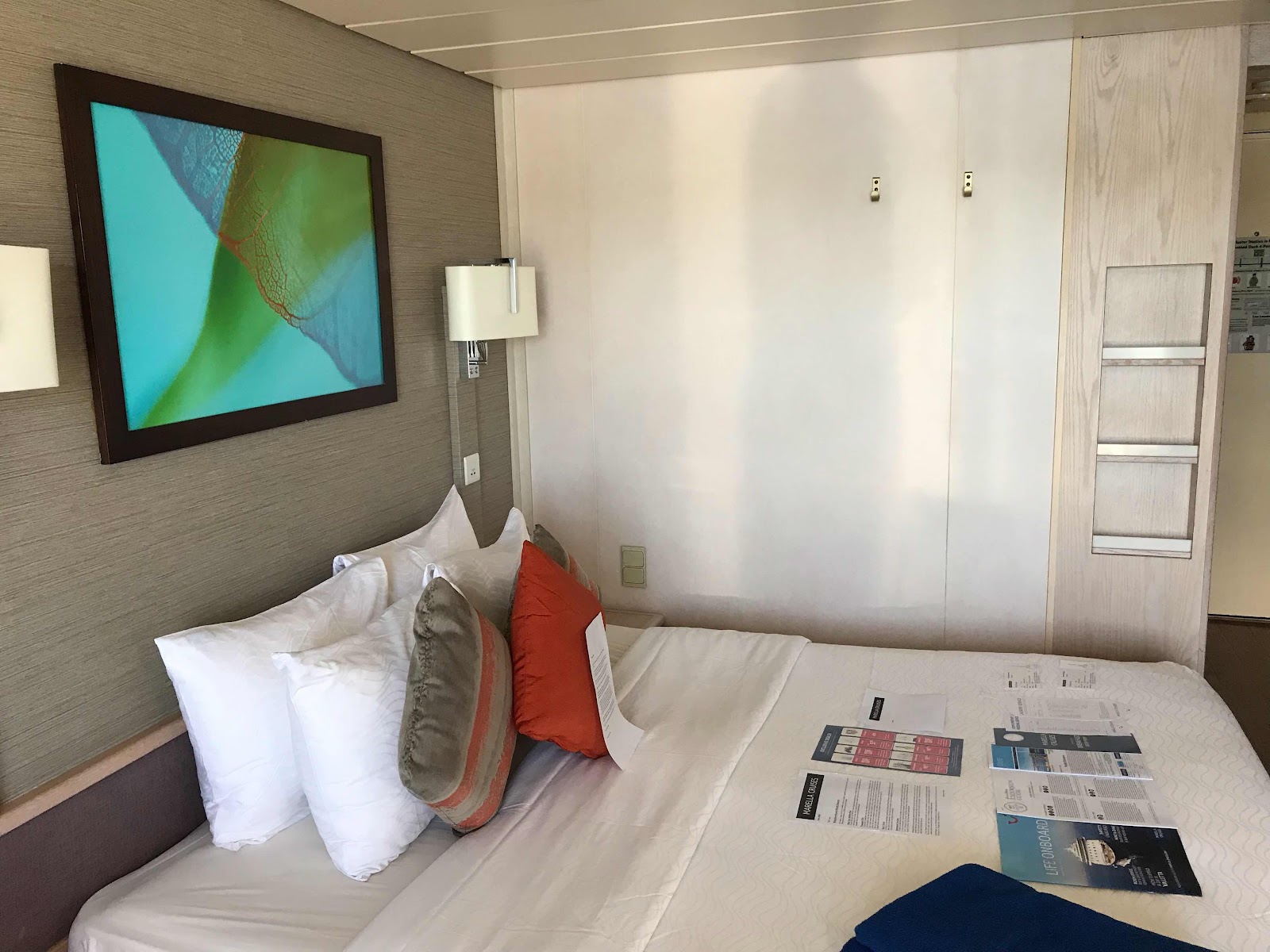 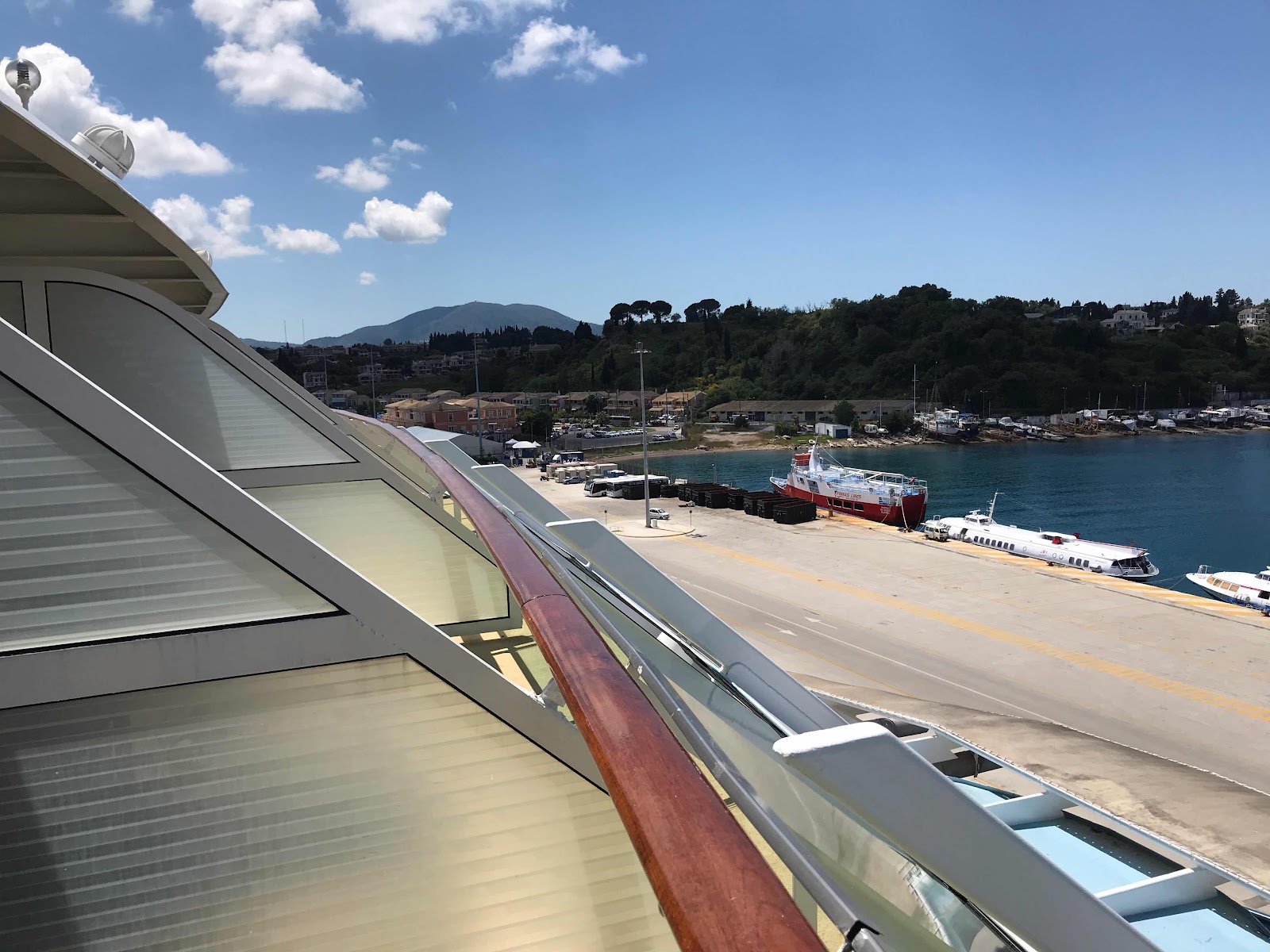 There are various places to eat onboard and we chose Islands, the buffet style restaurant where wine and beer is on tap and self service!! Two glasses of wine later (plus some food) and a 4am start saw Richard and I fast asleep for 2 hours.

None of us fancied very much for dinner so we went back to Islands, where the food was very acceptable but the choice was not as varied as the Celebrity ships. 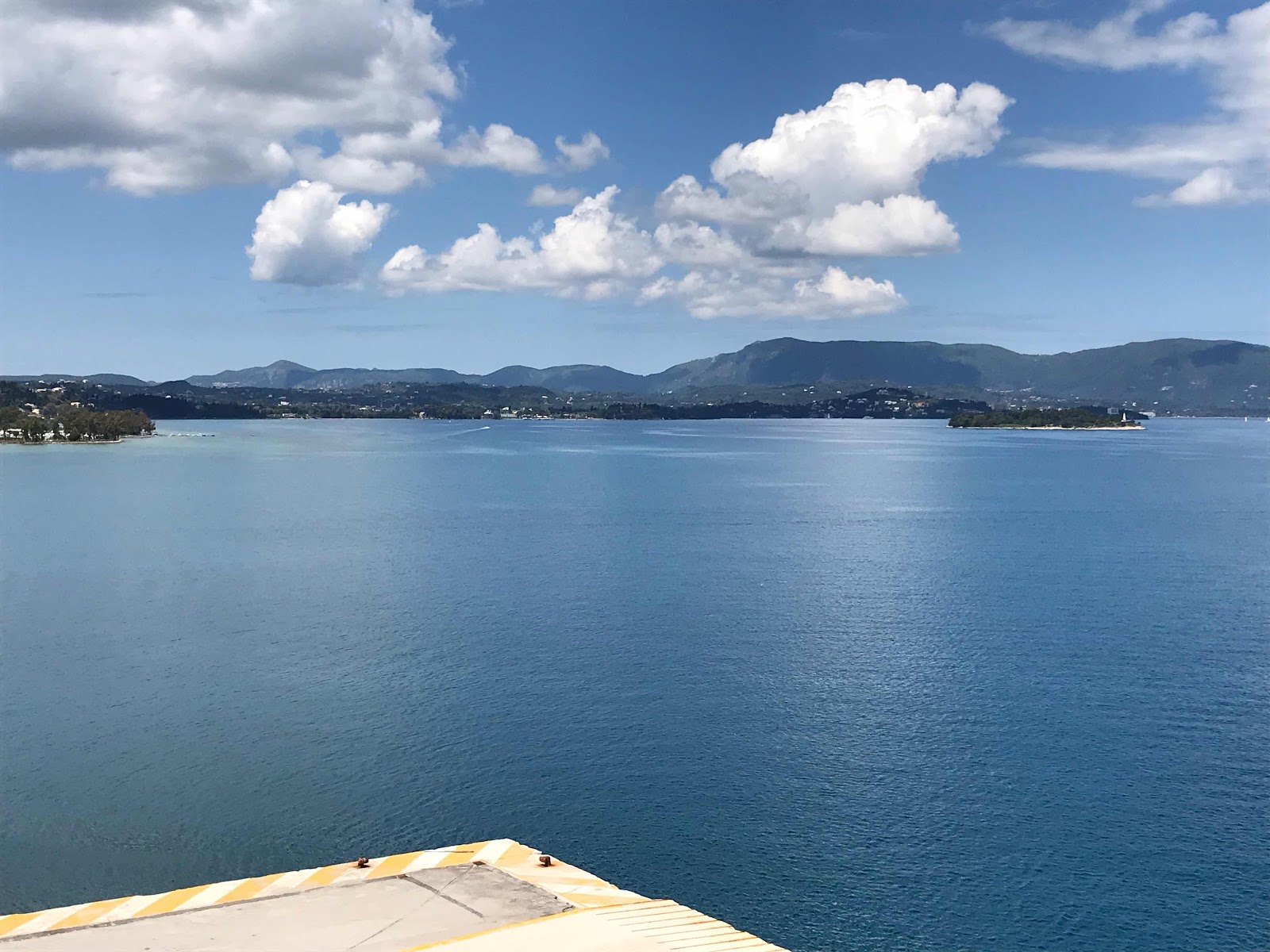 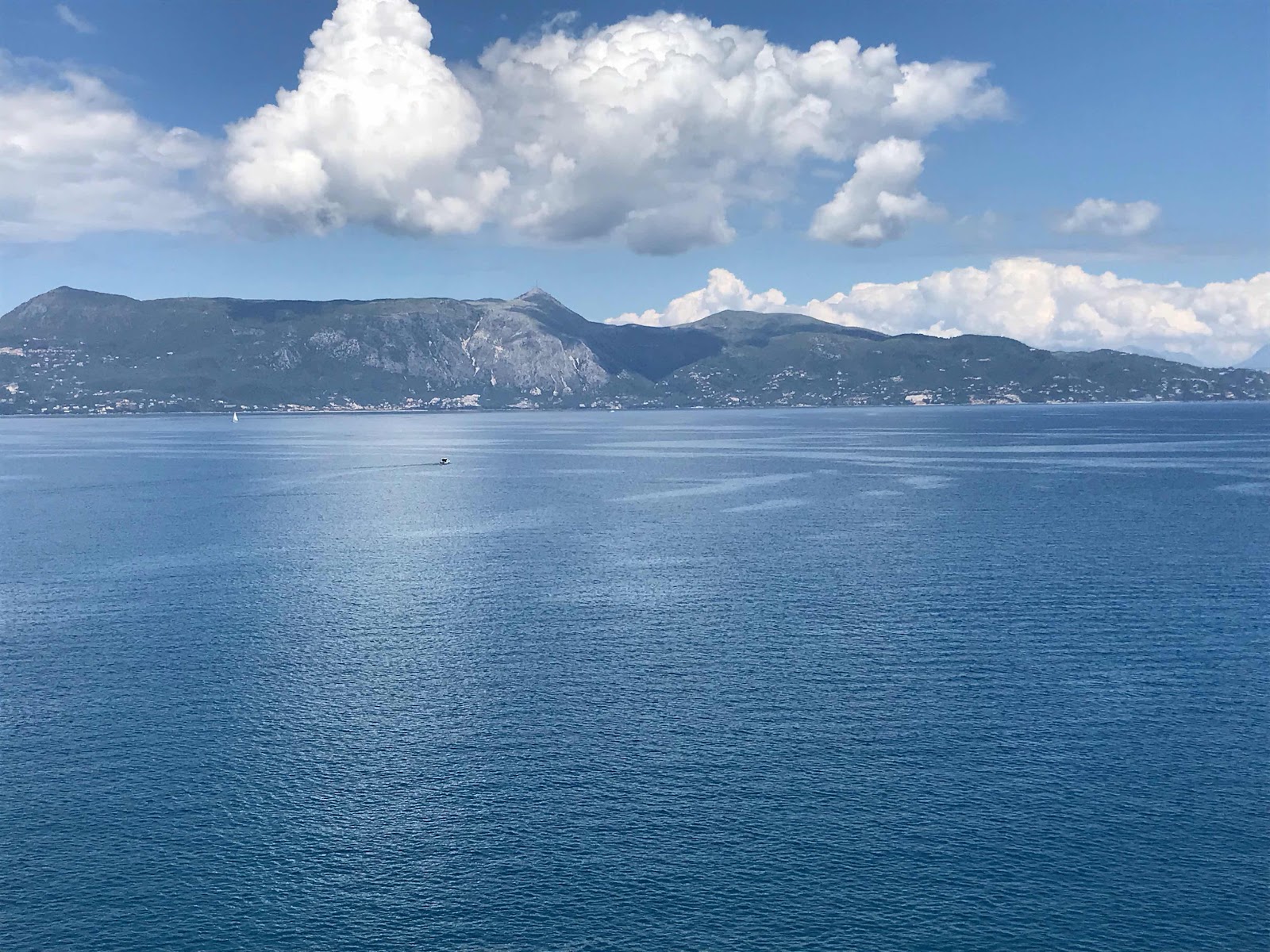 Penny and Jim joined us on our balcony for the sail away which was supposed to be at 10pm but it got delayed as one of the incoming flights from the UK was delayed.  I did hear that, in fact, the plane had taken off but one of the passengers was taken ill so they had to return to Gatwick.  P & J gave in about 10.30 but we stuck it out but, to be quite honest, there wasn’t that much to see!

So what are our first impressions of the Marella Discovery?  She is slightly smaller and has less passengers than the Celebrity Eclipse and Silhouette and definitely older.  She was originally called Splendour of the Seas and came into the Marella fleet in 2016.  She had a refit in 2018.  The staff are lovely but there aren’t as many as on Celebrity.  For instance on Celebrity there is someone at the entrance to each restaurant making sure that you sanitise your hands, here it is do it yourself and it can get forgotten. But on Discovery we have a Junior Suite (21 square metres) with a big balcony for the same price as a balcony cabin (18 square metres) on Celebrity.  Compromises obviously have to be made.  We will see how things pan out over the next two weeks.
Posted by Linda Gifford-Hull at 15:08