Overnight we travelled the short distance up the coast to Split, where we were going to wander round on our own.  I had checked Google maps who said that it was a 17 minute walk from the cruise terminal to the town though the ship staff said it was 5 minutes - Google was right!  By the time we got into the town Jim was exhausted so Penny and I left the men on a seat while we explored the market which either sold fruit/vegetables or handbags!

We retrieved the men and entered the old town and found a coffee stop. 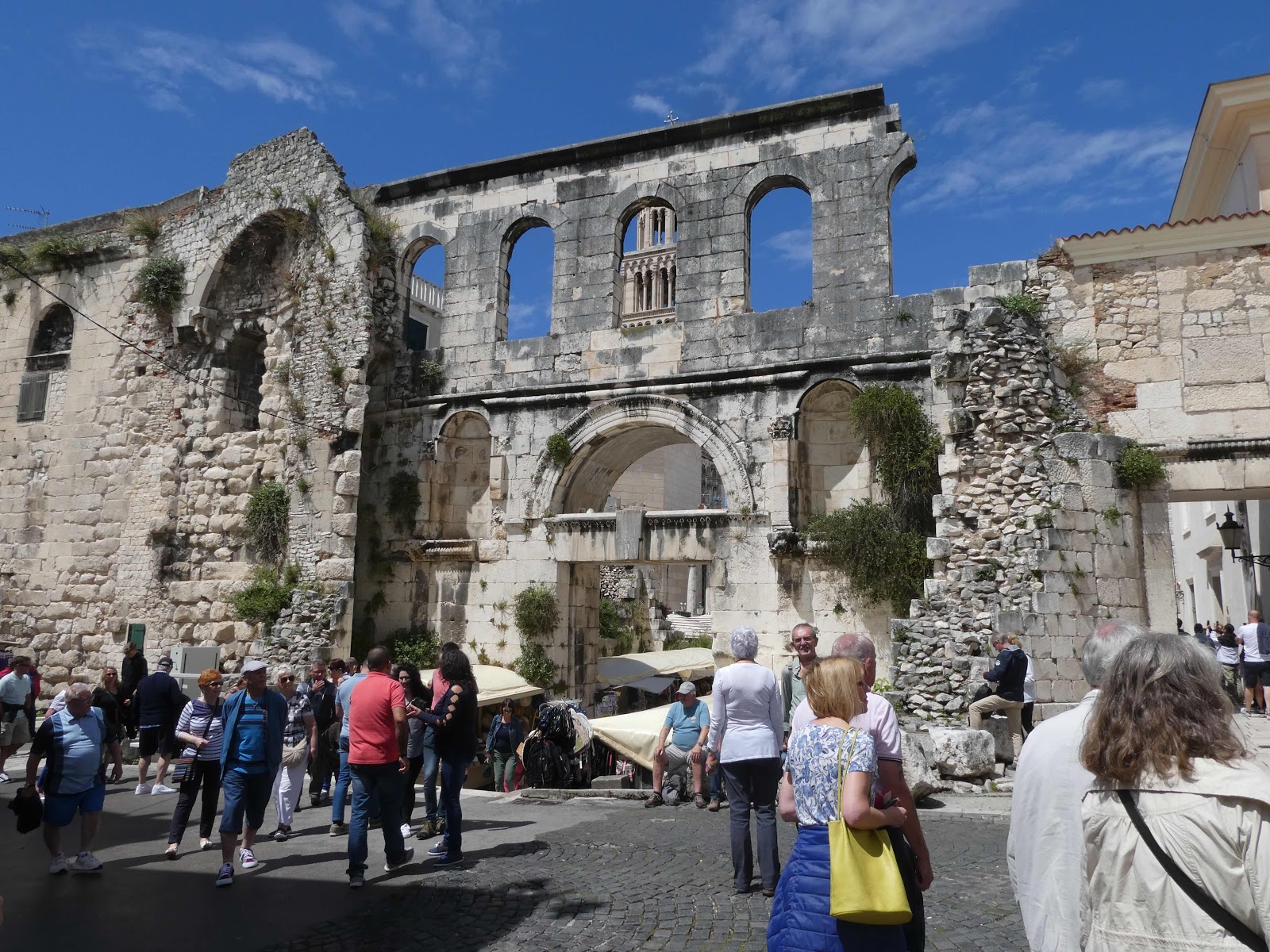 I really don’t want to say that once you have seen one old walled town you have seen them all but Split was the fourth one in three days and they are all very similar, though in my opinion Dubrovnik is the grandest.  Emperor Diocletian settled here after his retirement as Emperor of Rome in 305AD, building a grand palace and a military garrison which covered about 39,999 square metres.

These are some of the photos I took in the old town. 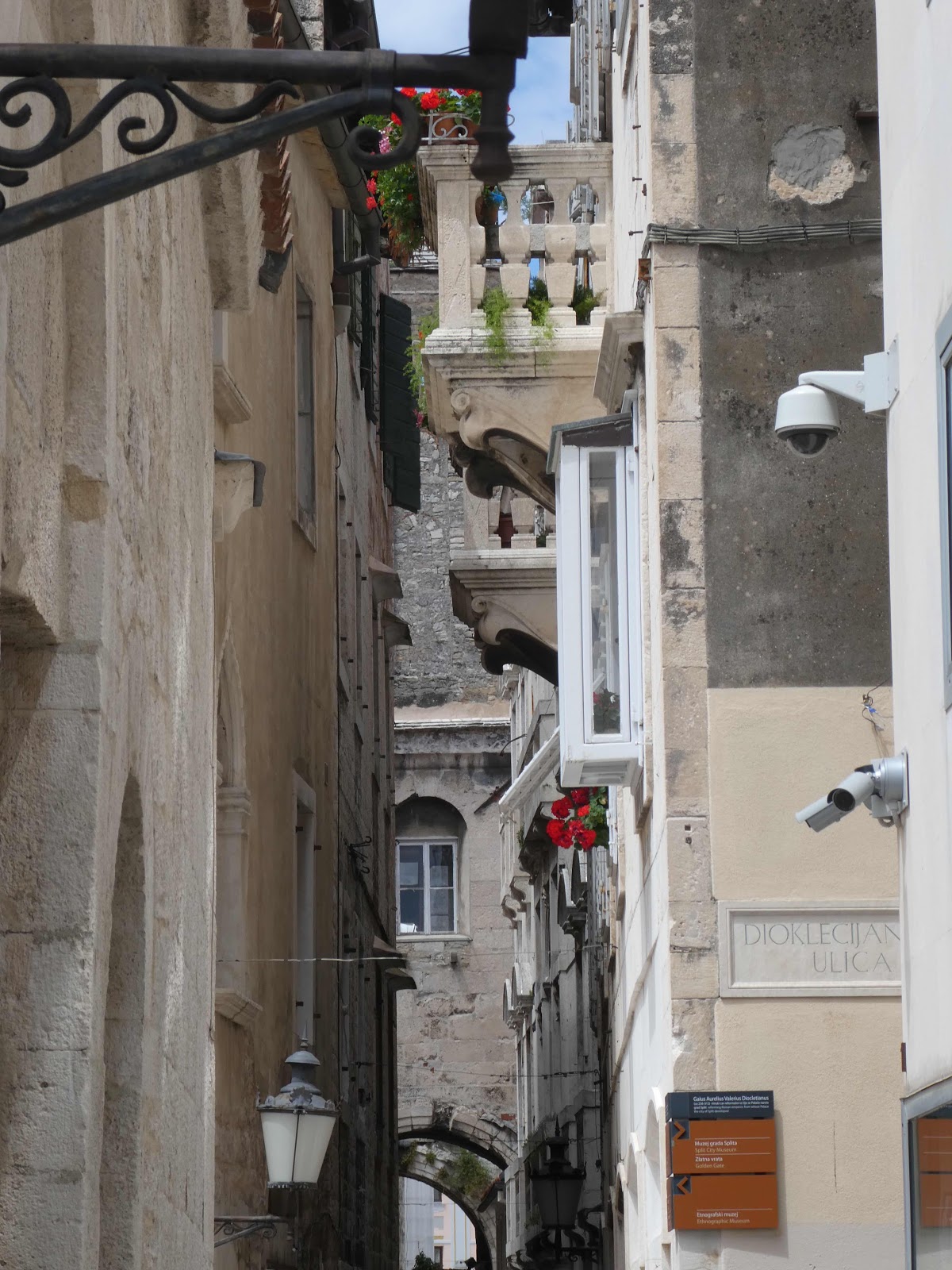 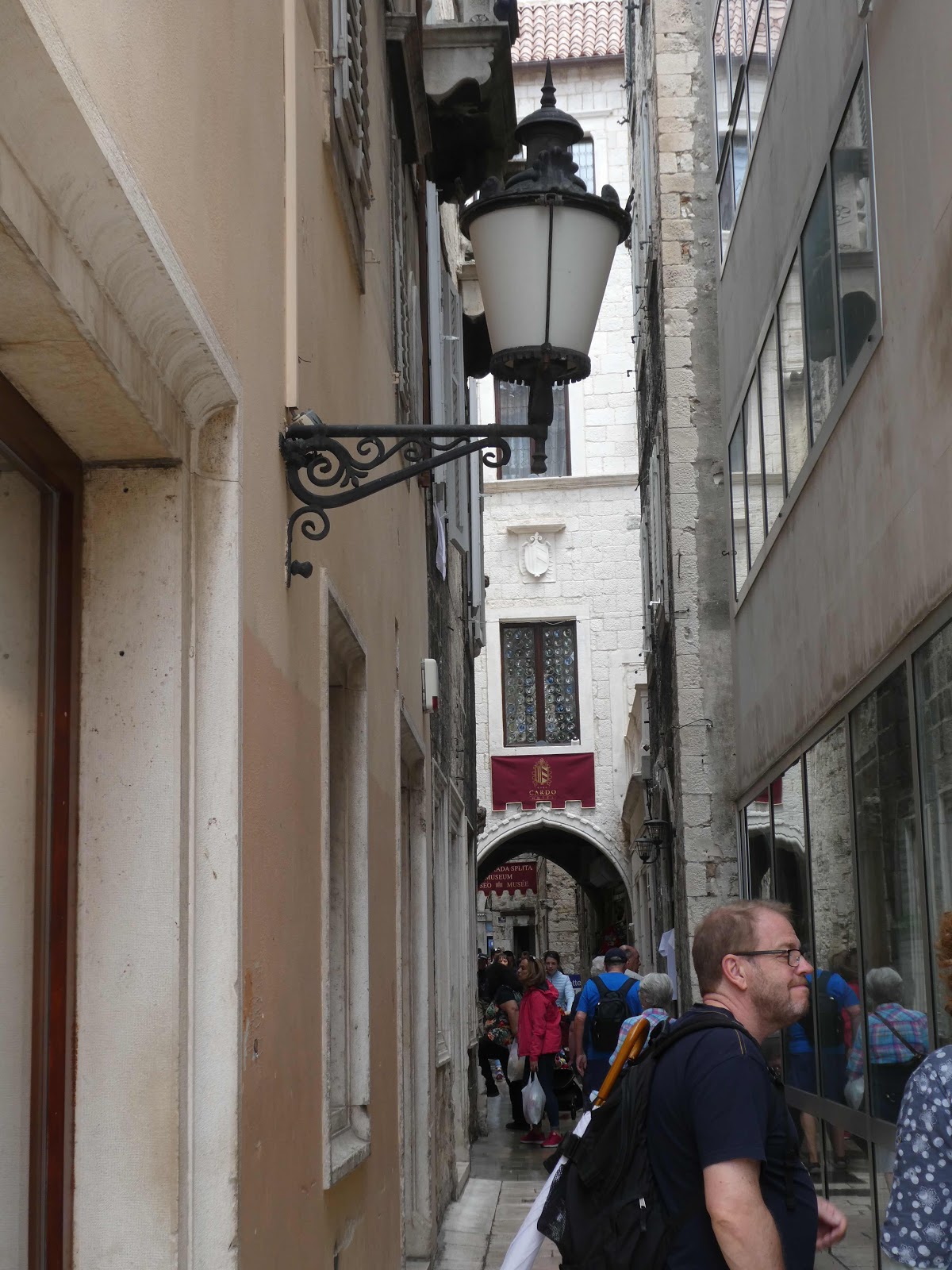 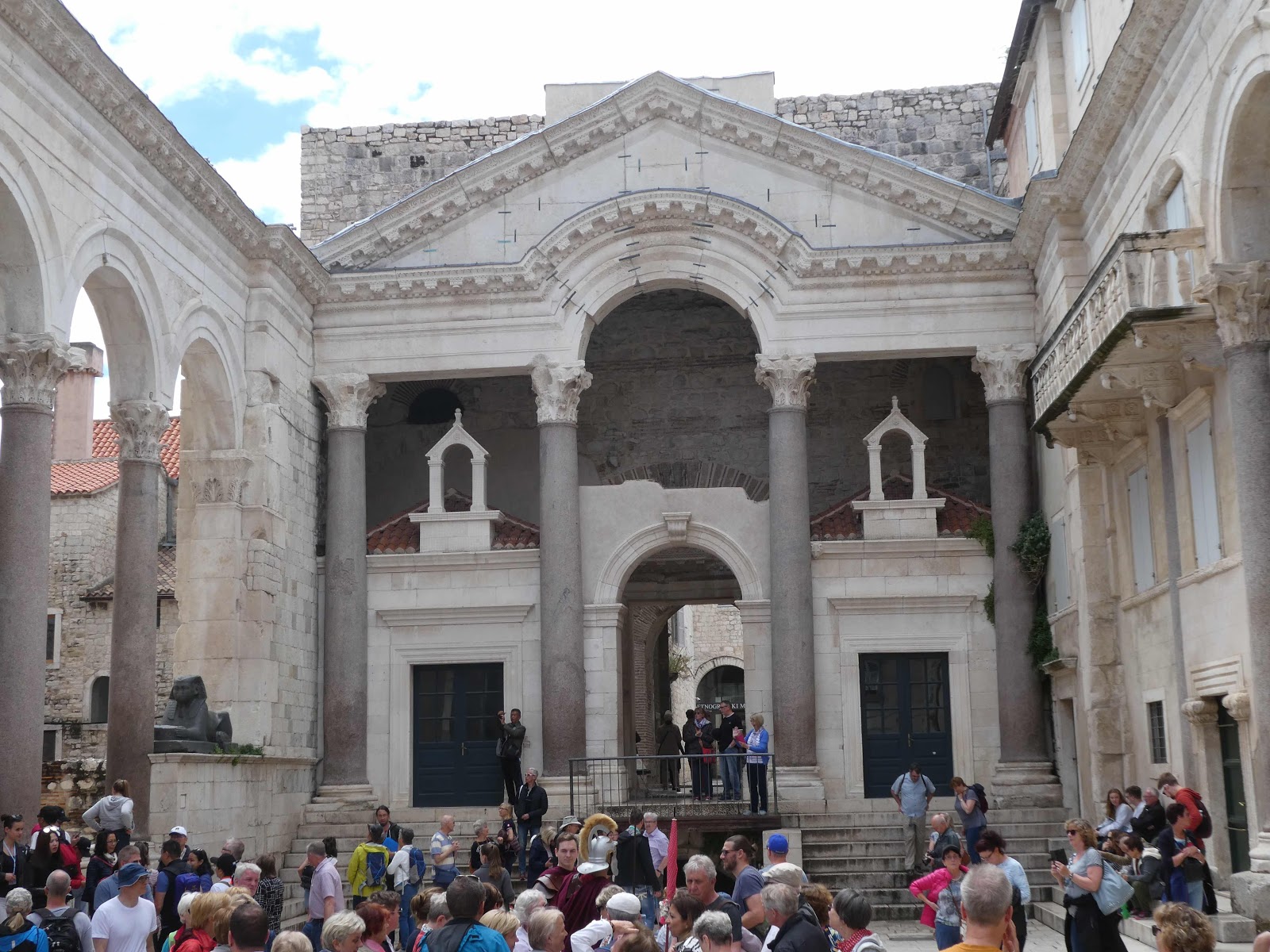 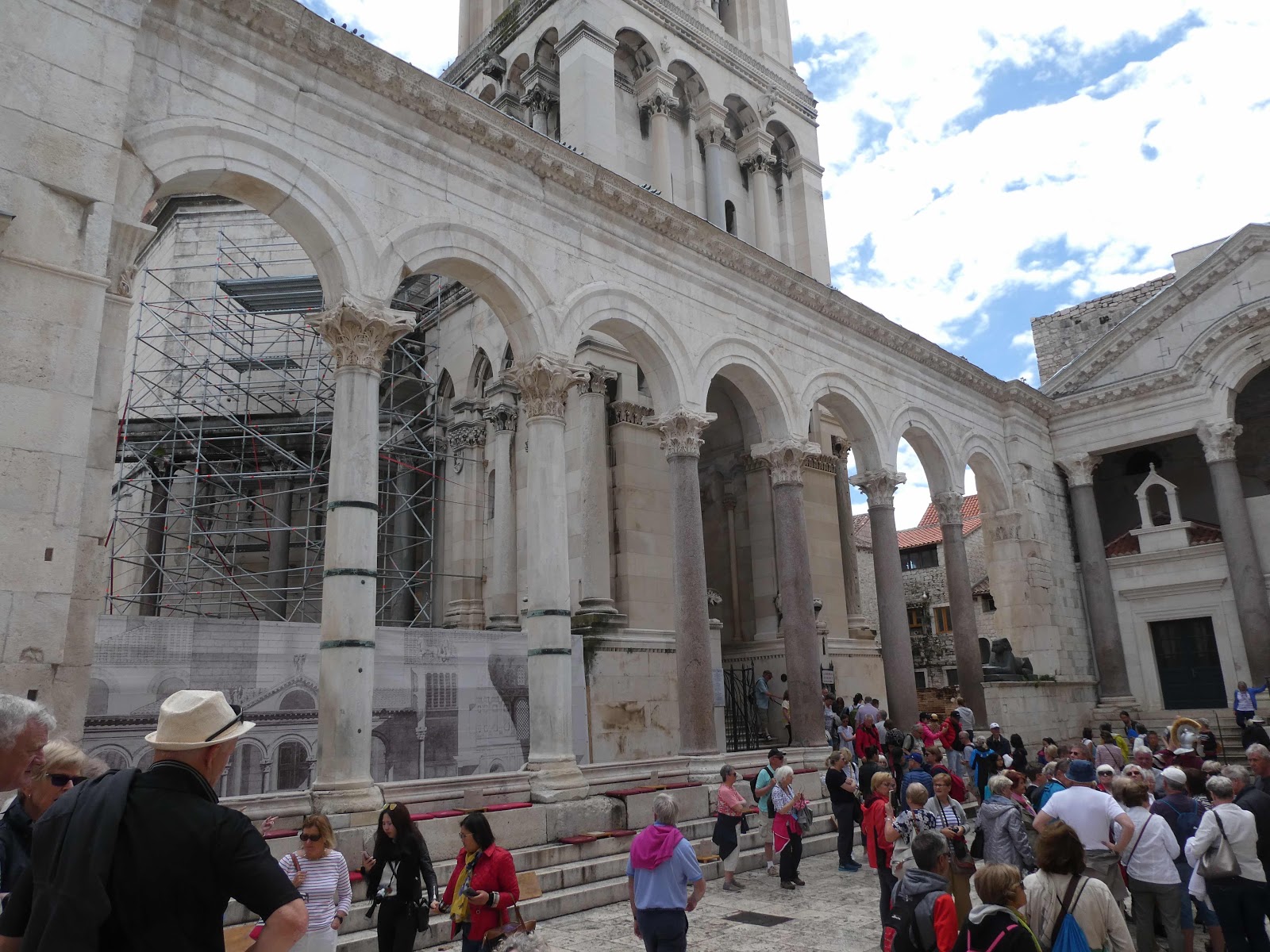 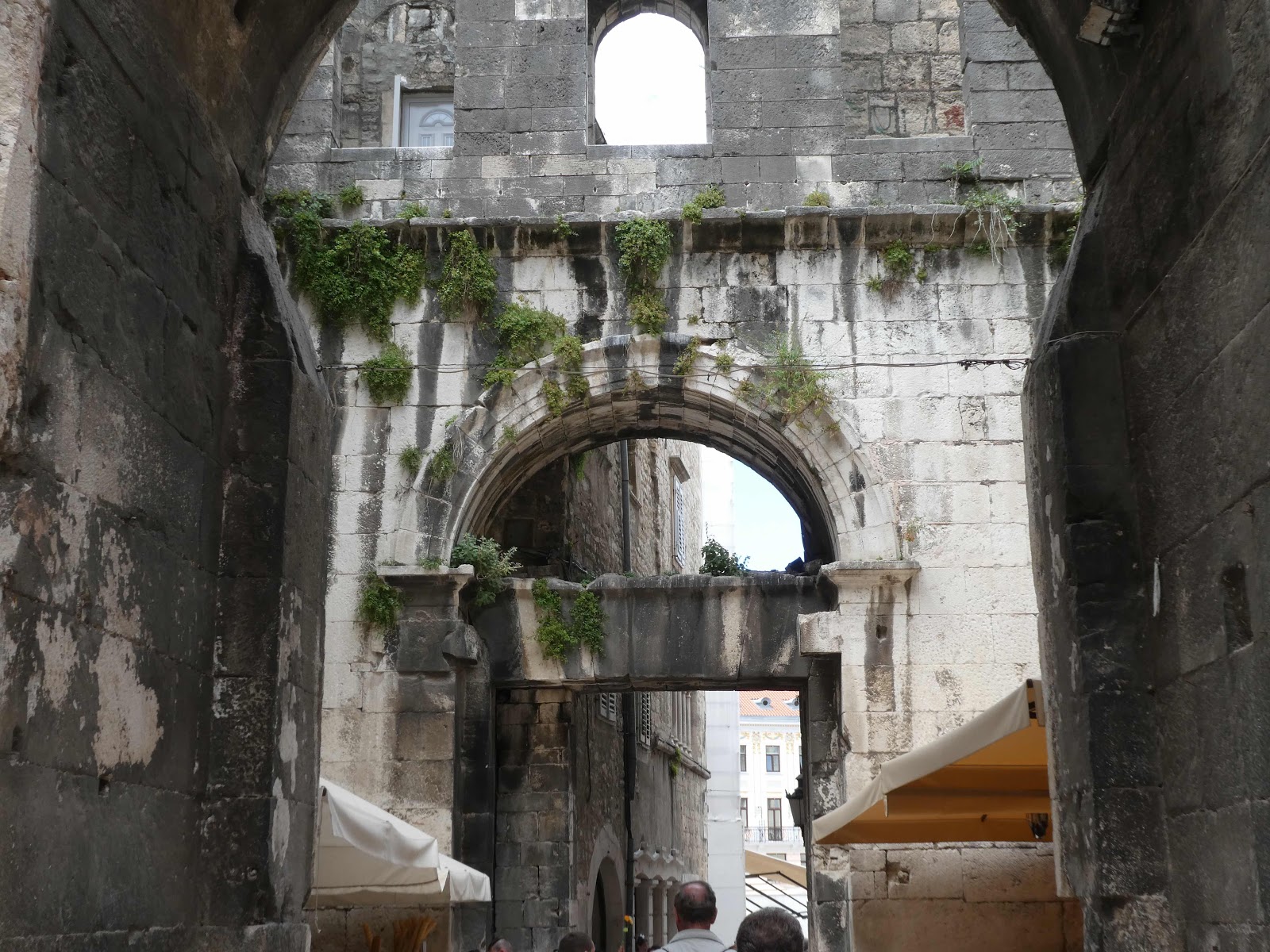 This is the main square. 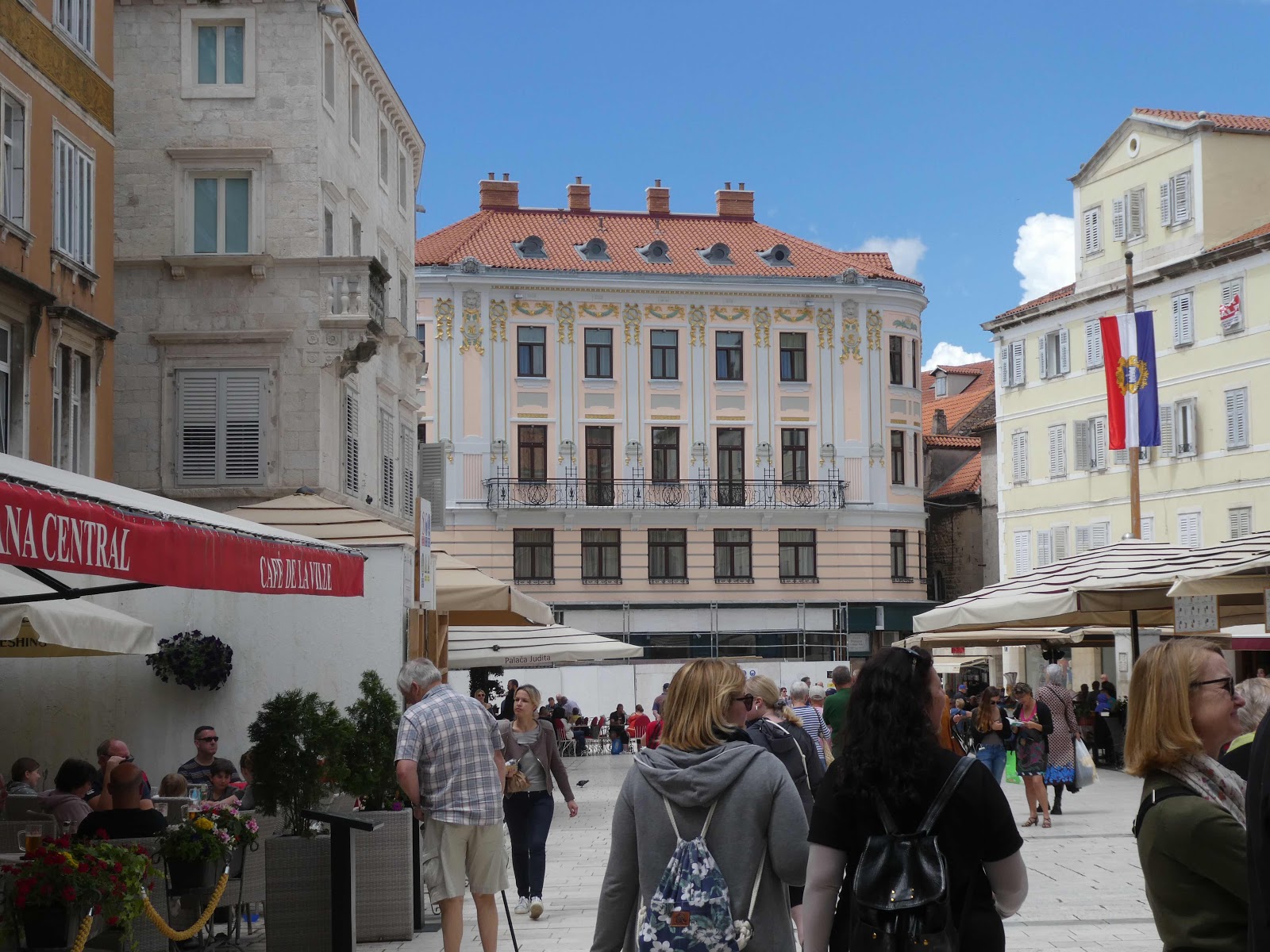 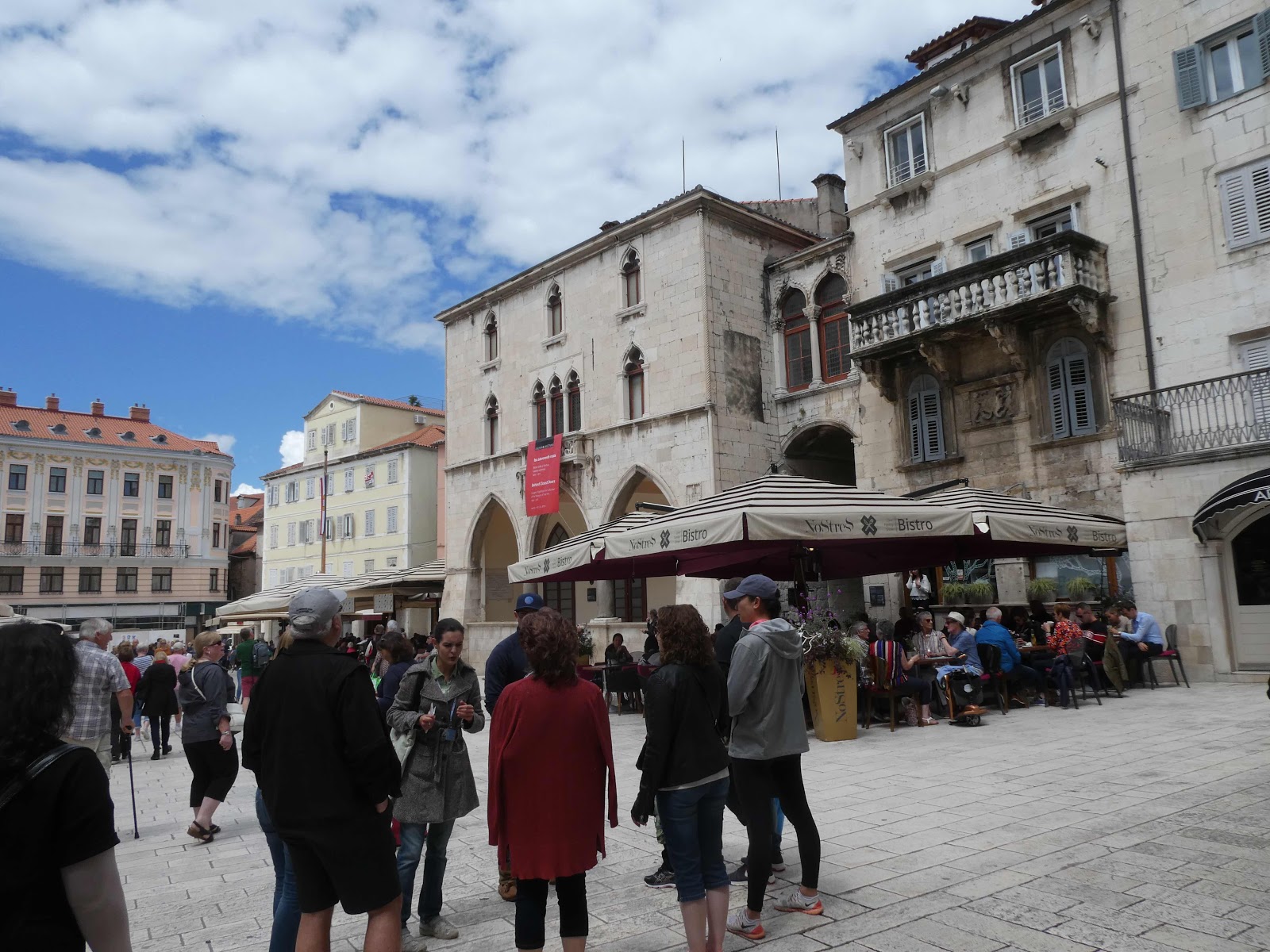 And a smaller square. 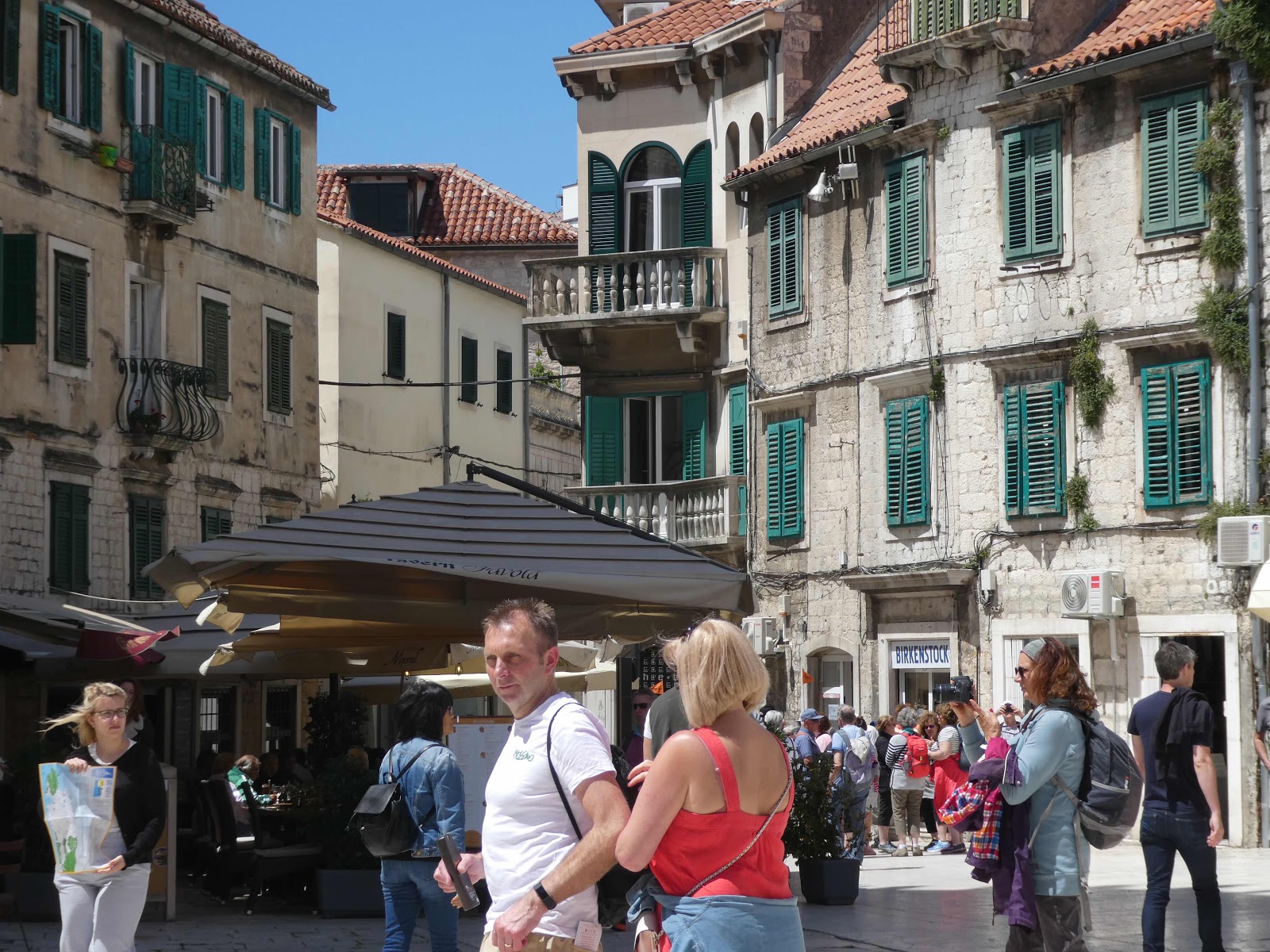 We bought some calzones for lunch and ate them sitting on a lovely old stone bench just outside the old town and on the edge of a park - it was lovely. 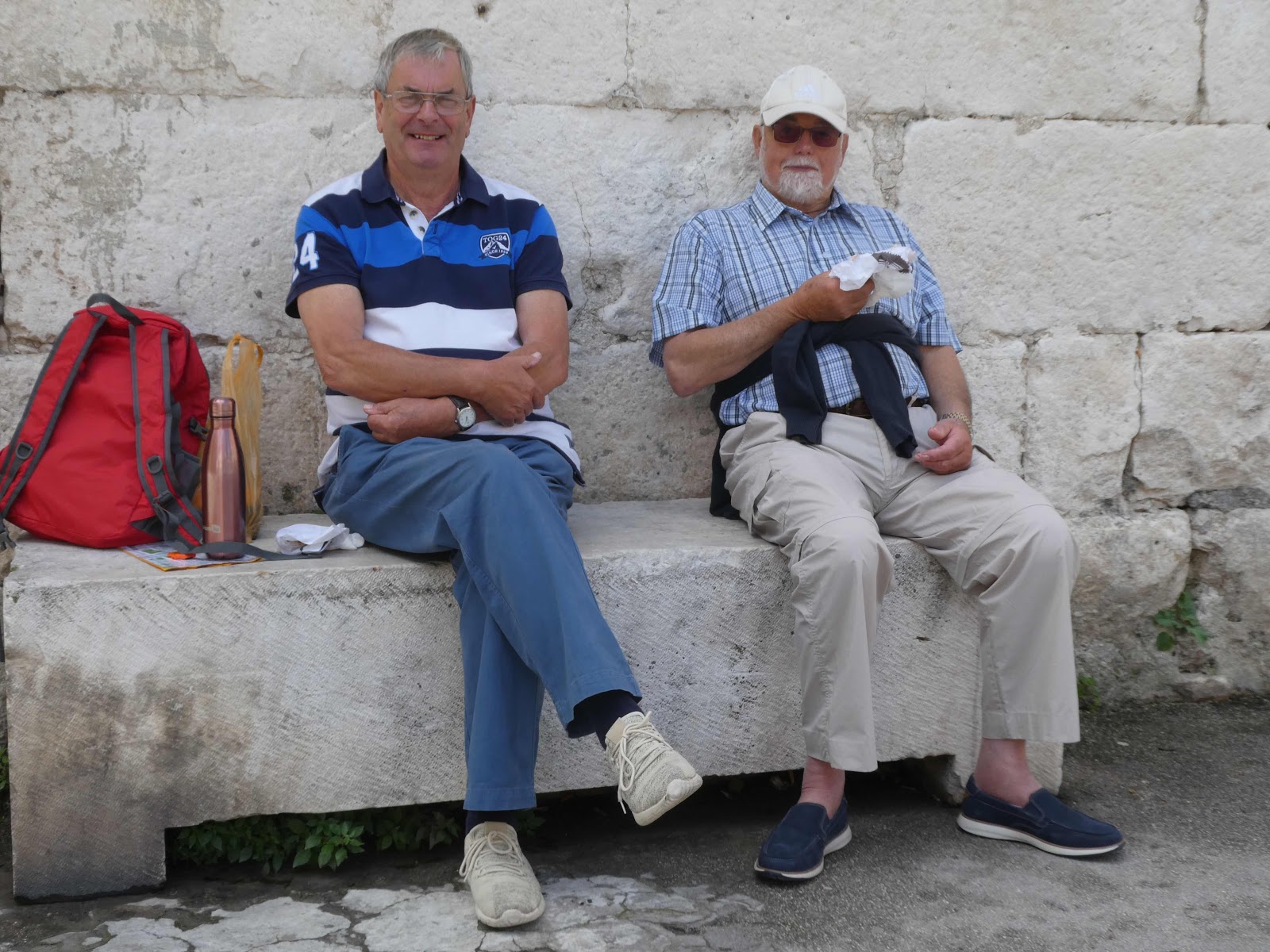 As we left the old town we found a wide piazza, the Riva, with lots of restaurants and gift kiosks.  We stopped for a beer, mainly so we could use the restaurant’s loo!  The Riva was renovated in 2007 and the people of Split protested for months as they didn’t like the new shiny paving but they all now agree that it looks wonderful. 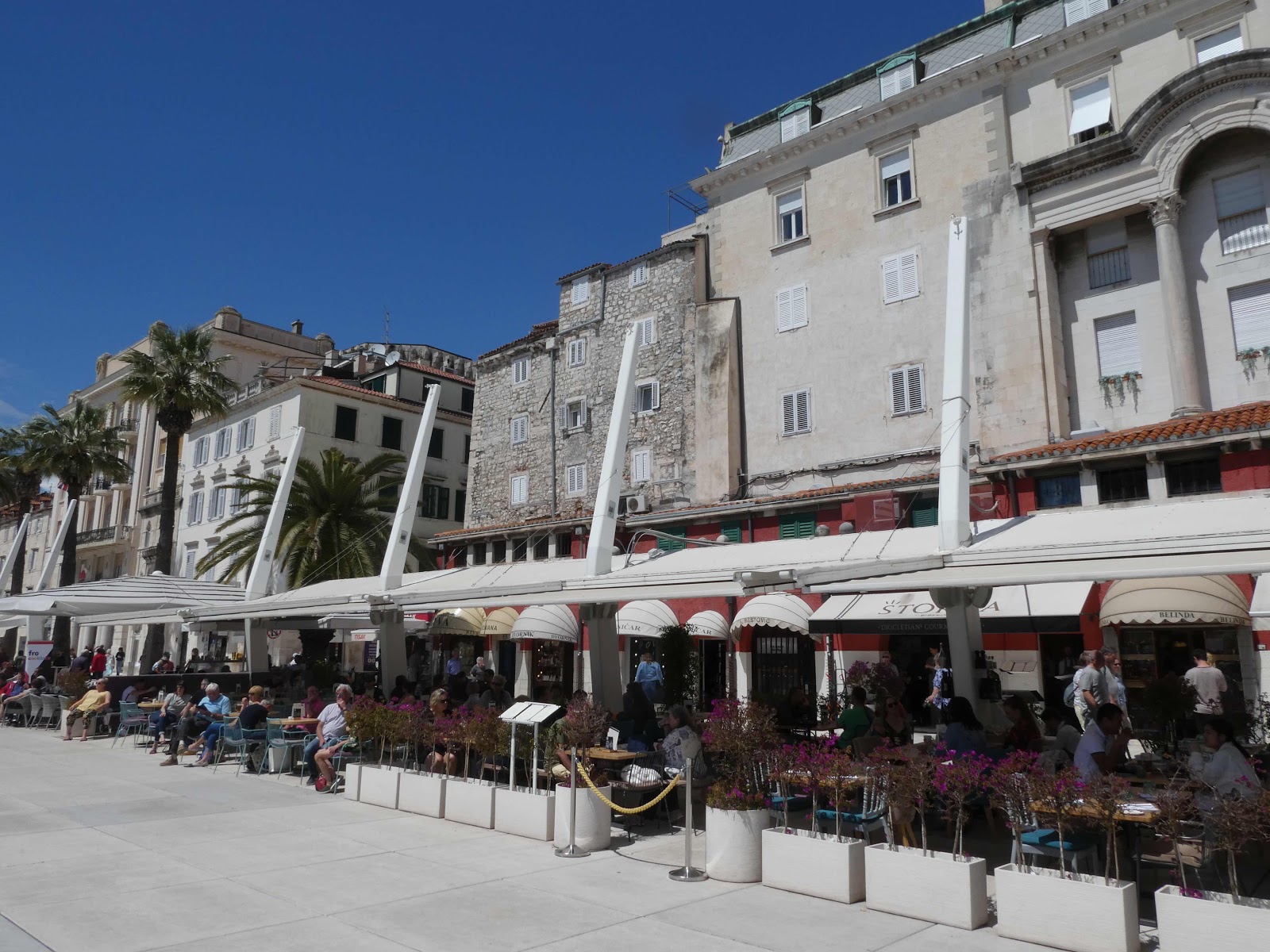 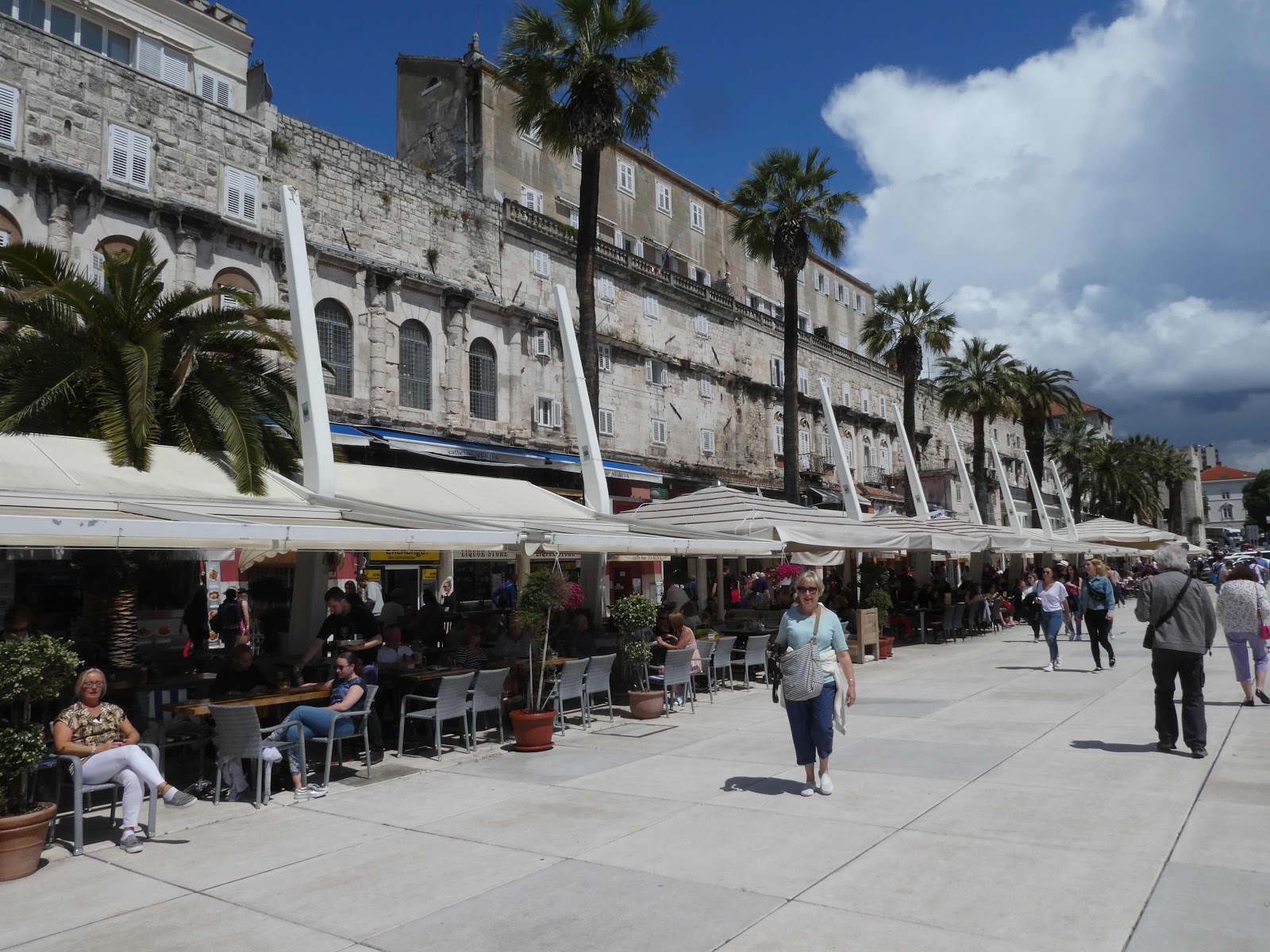 It was really quite hot but over the mountains some nasty dark clouds had settled. 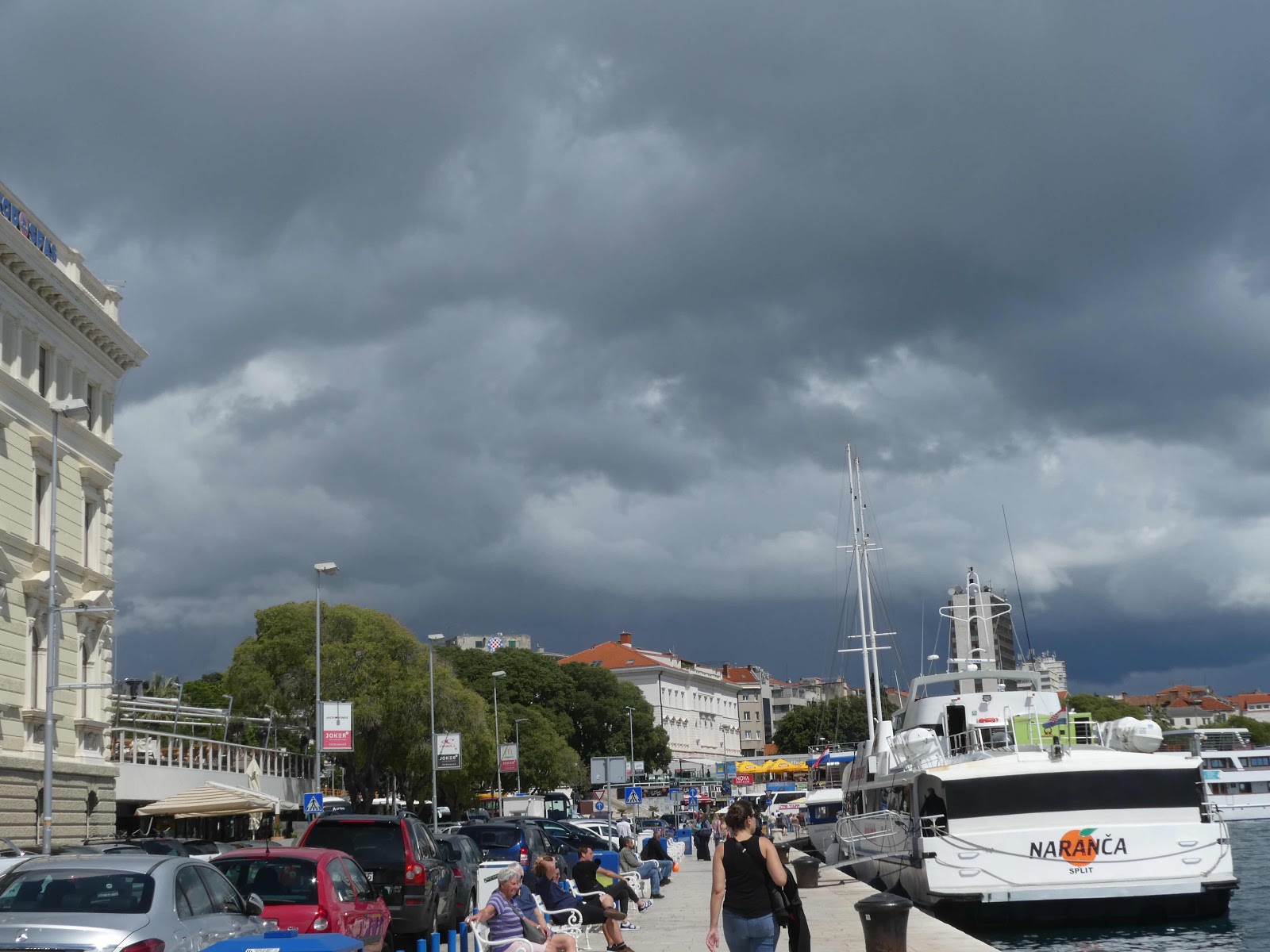 We got a taxi back to the ship, grabbed a cup of tea in the coffee shop then headed back to our cabins to get ready for the Dress to Impress night.

Before leaving our cabin we watched the sail away.  I came to Split in 2006 when I did a working, sailing holiday.  We left from this marina! 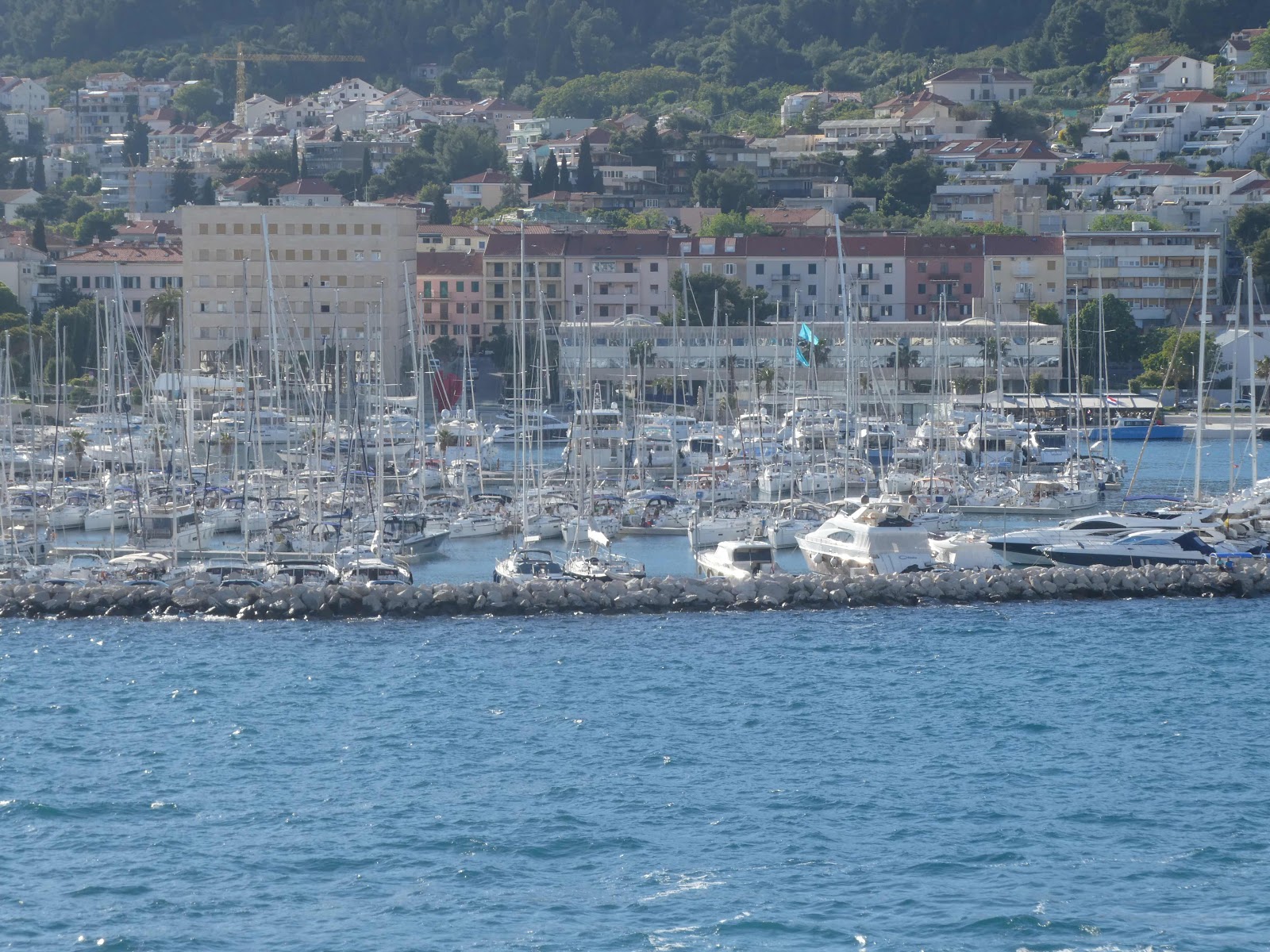 These are a few more photos of Split from the ship and as we sailed away. 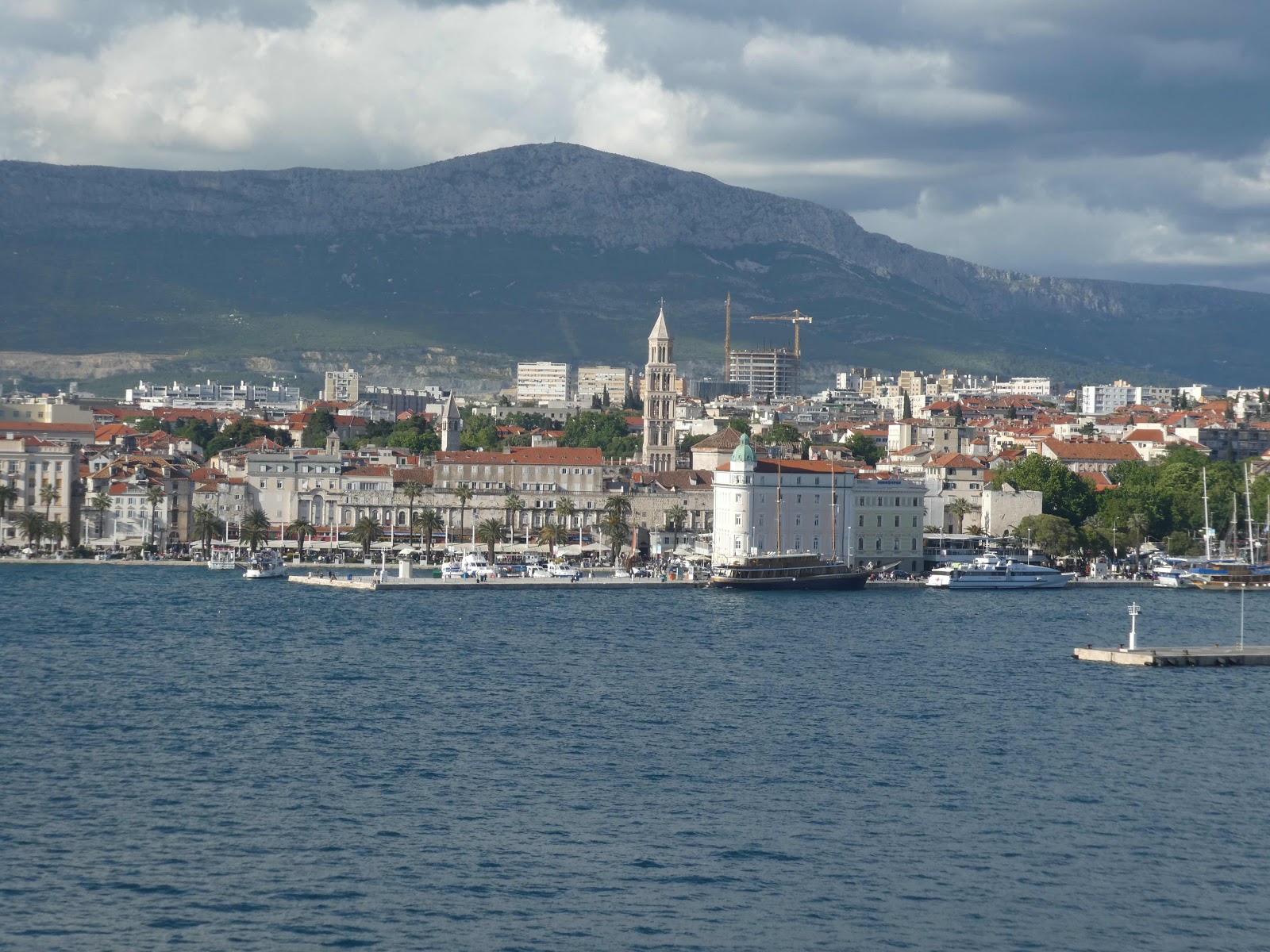 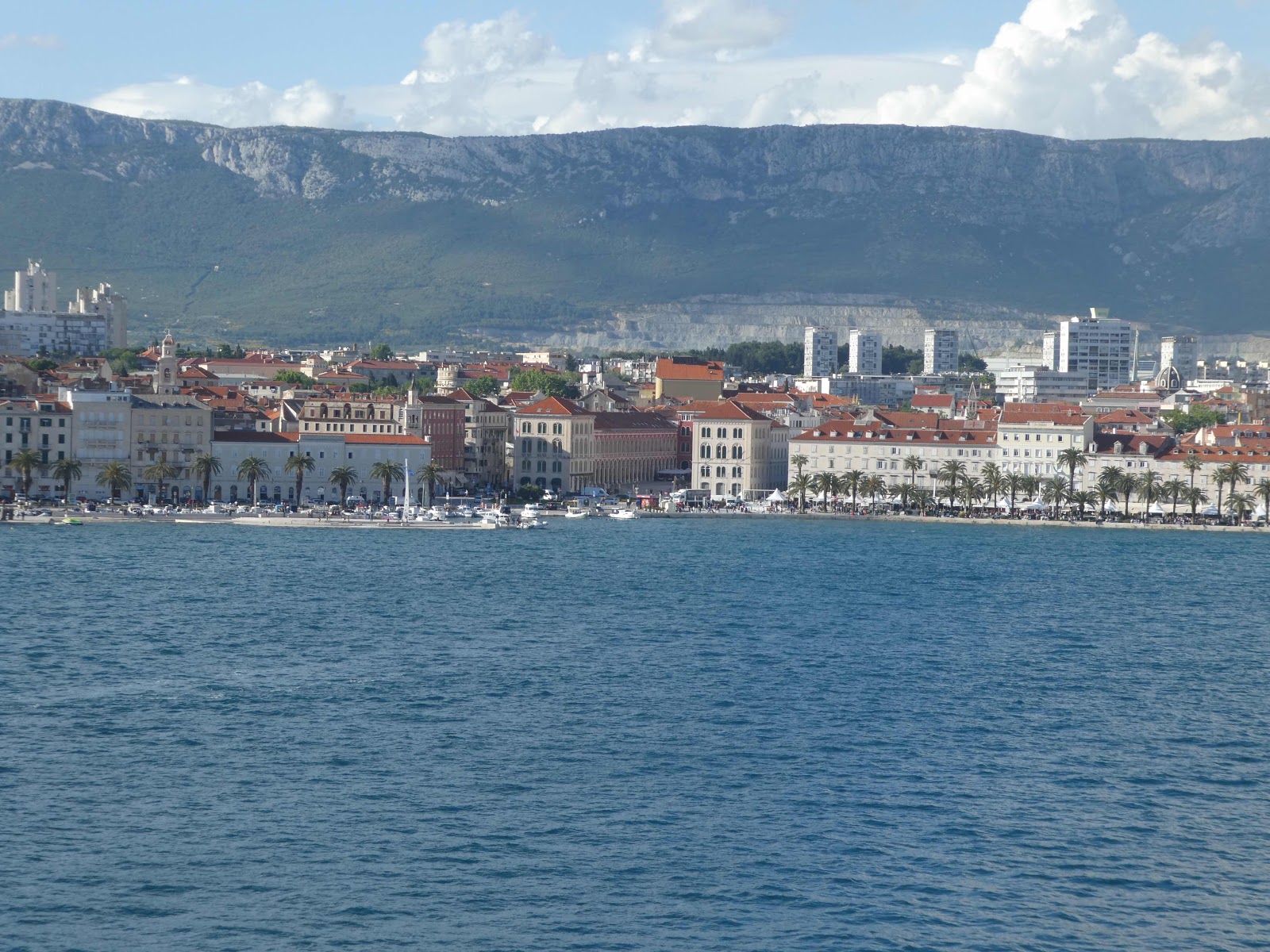 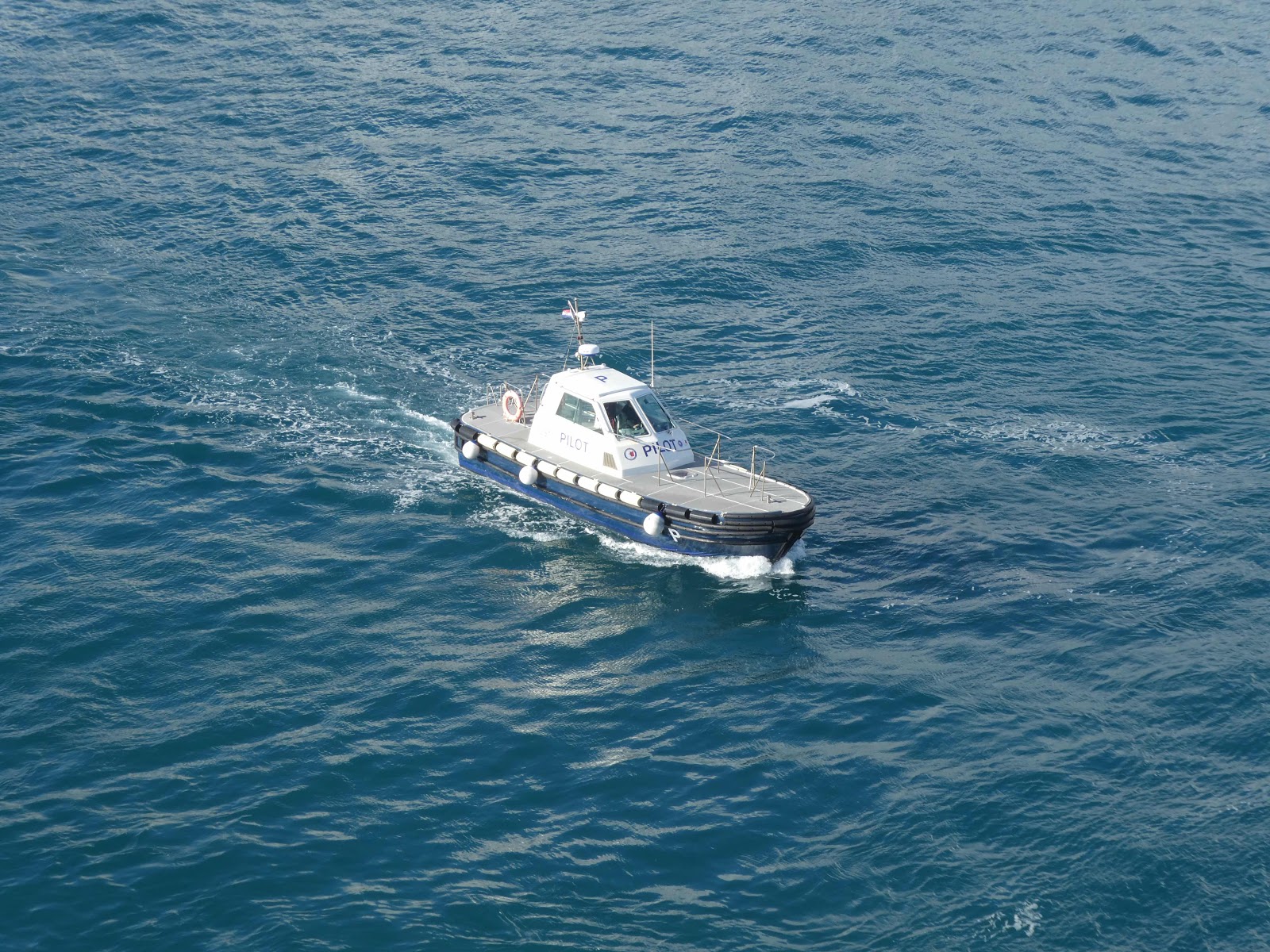 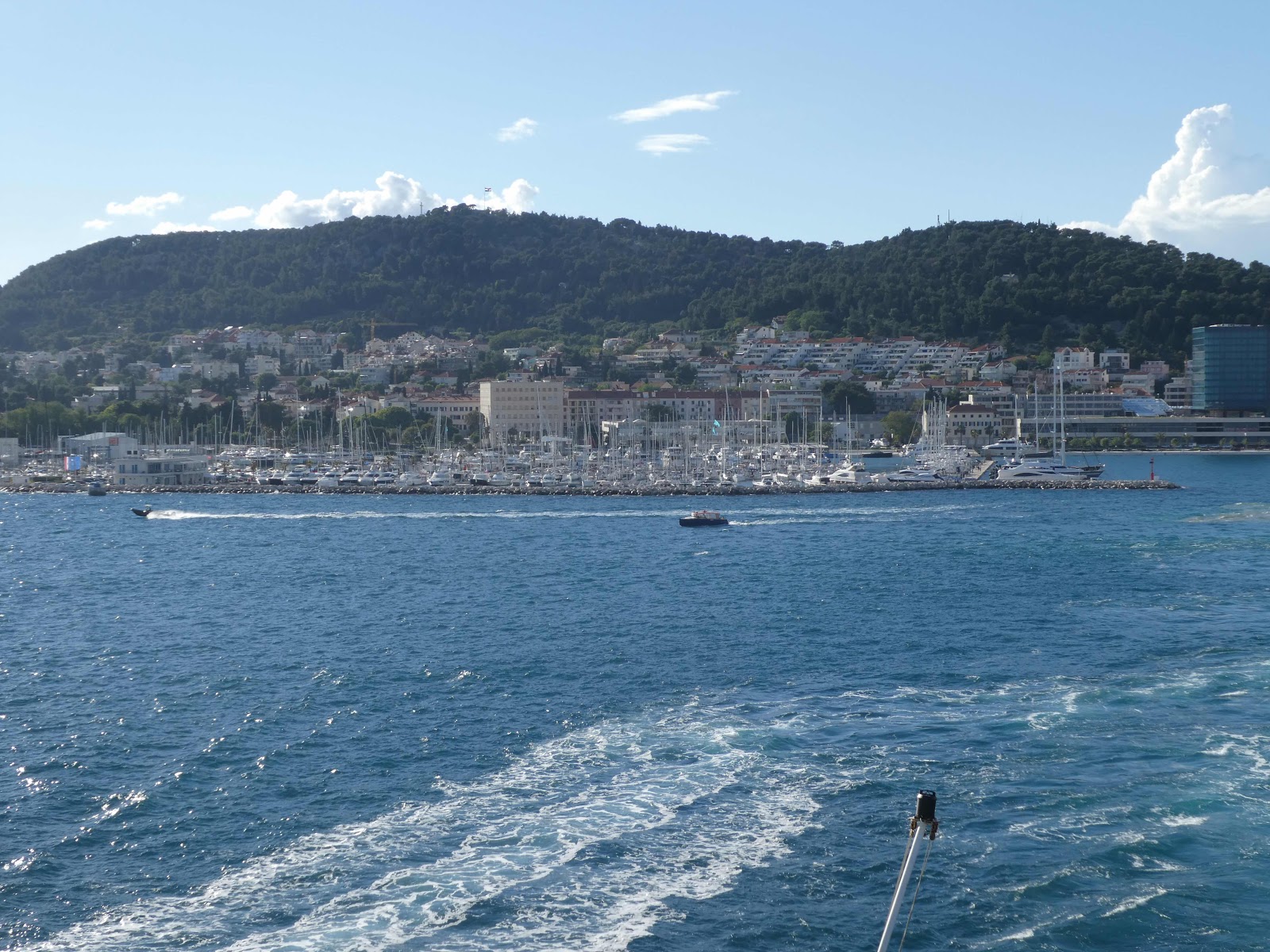 We chose to eat in 47 again and had another very good meal.

After dinner we went for a wander round the ship and came across the ship’s alpaca mascot dressed for the occasion! 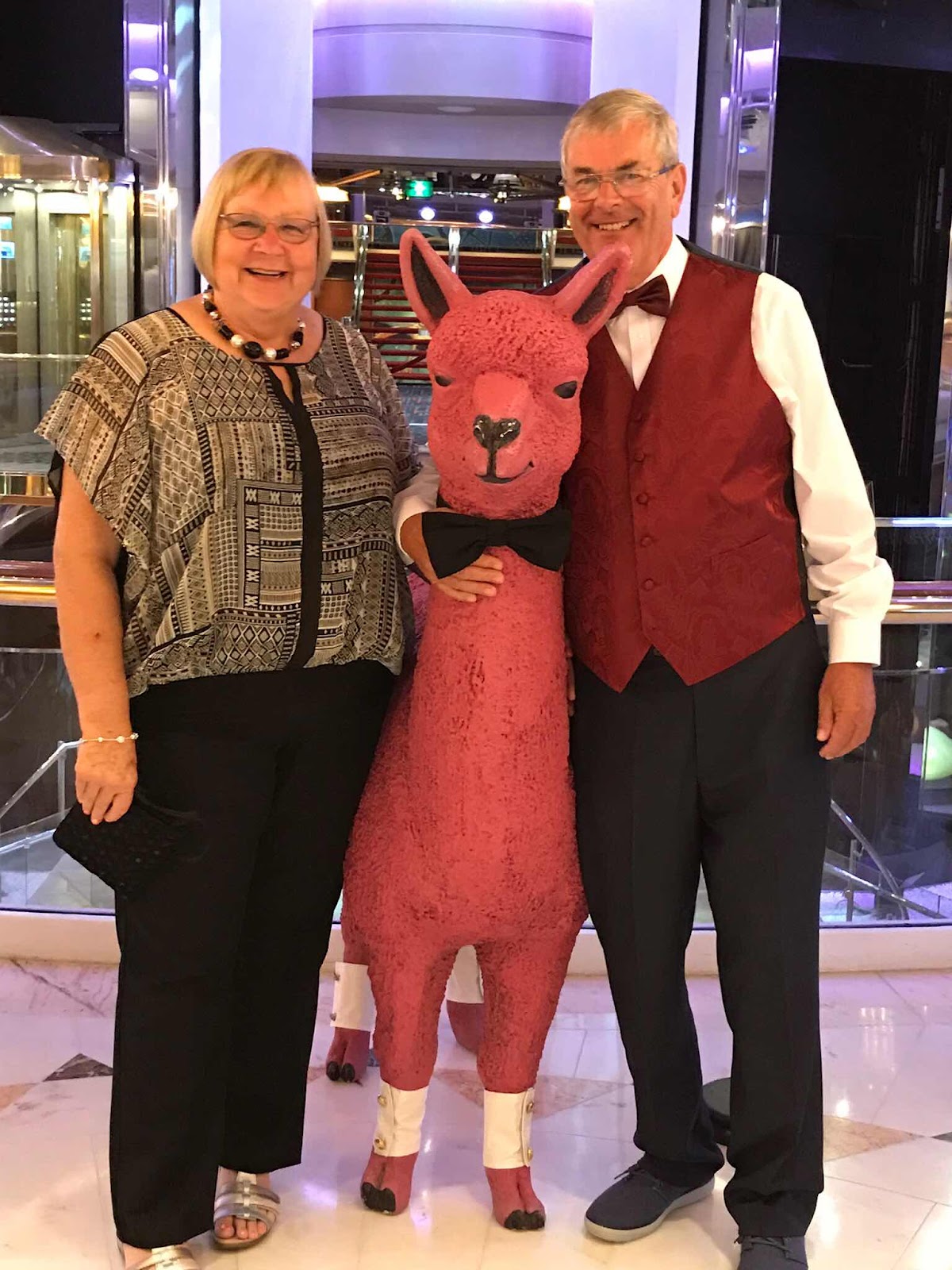 I would have loved to have taken him up to Bar 11 for a Baileys but apparently he is under age!

Posted by Linda Gifford-Hull at 06:19