Today was Richard’s birthday - I won’t disclose his age but next year is a big one!! 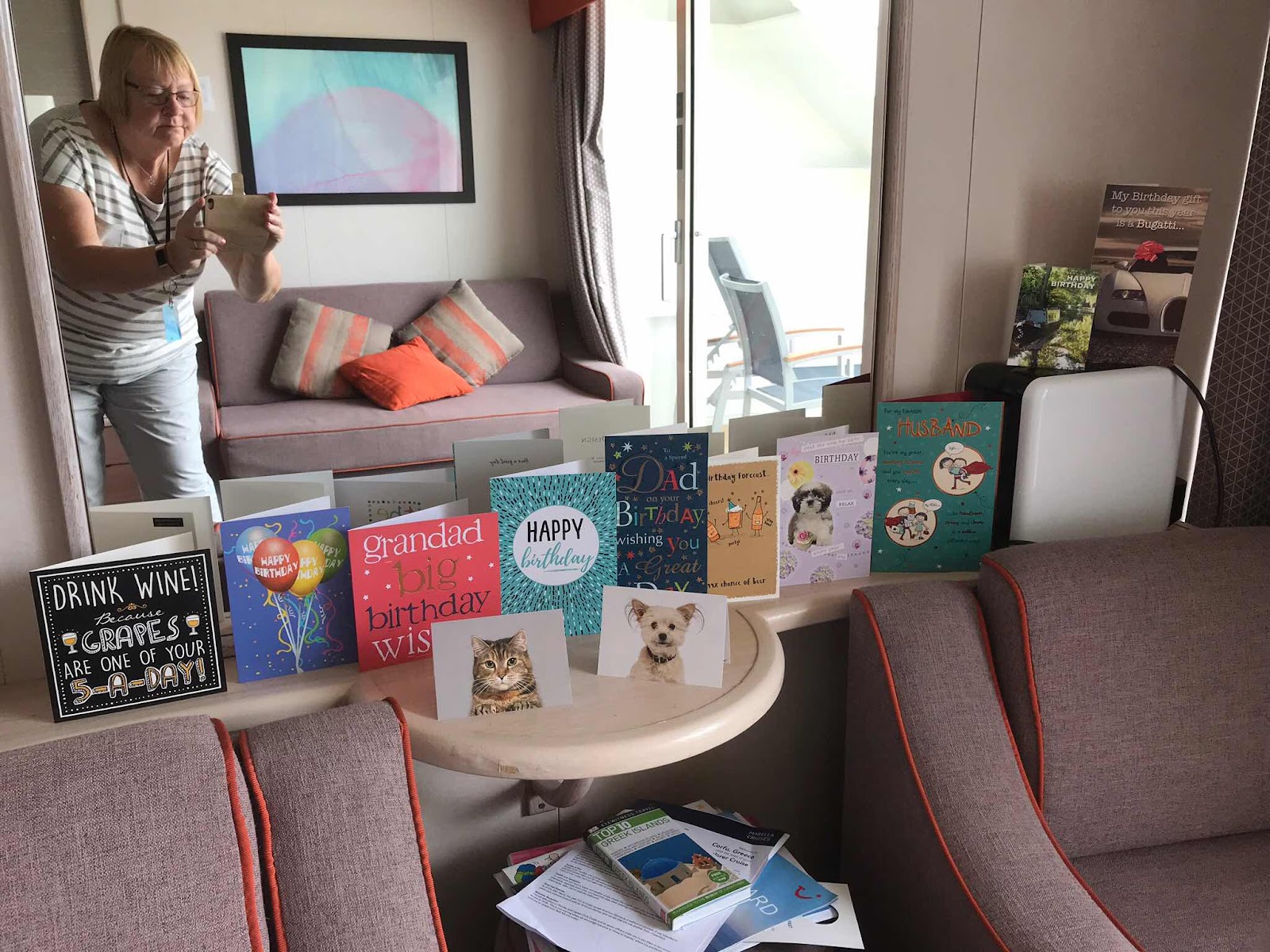 We arrived into Venice having missed the sail in as we weren’t up early enough ☹️.  Richard had chosen to go out to the islands of Murano and Burano for his birthday.  He and I had been to Venice as part of our honeymoon in 2012 and know how busy it can get when the cruise ships are in, so this seemed like a good idea.

I had done a lot of research on how to get out to the Islands but what I hadn’t realised was that it was a long walk to get to the People Mover to then get to the bus station and the Vaporetto stops.  Poor Jim was exhausted before we started!

We caught a Vaporetto that went the long way round giving us a nice view of St. Marks Square and the Campanile.  However, it was very rough and to start with only Jim had a seat while the rest of us wobbled about!  Gradually seats became available and we were able to rest our weary joints!  We got off in Murano and walked up beside the main canal with all the glass shops.

These two photos were taken from the Vaporetto window. 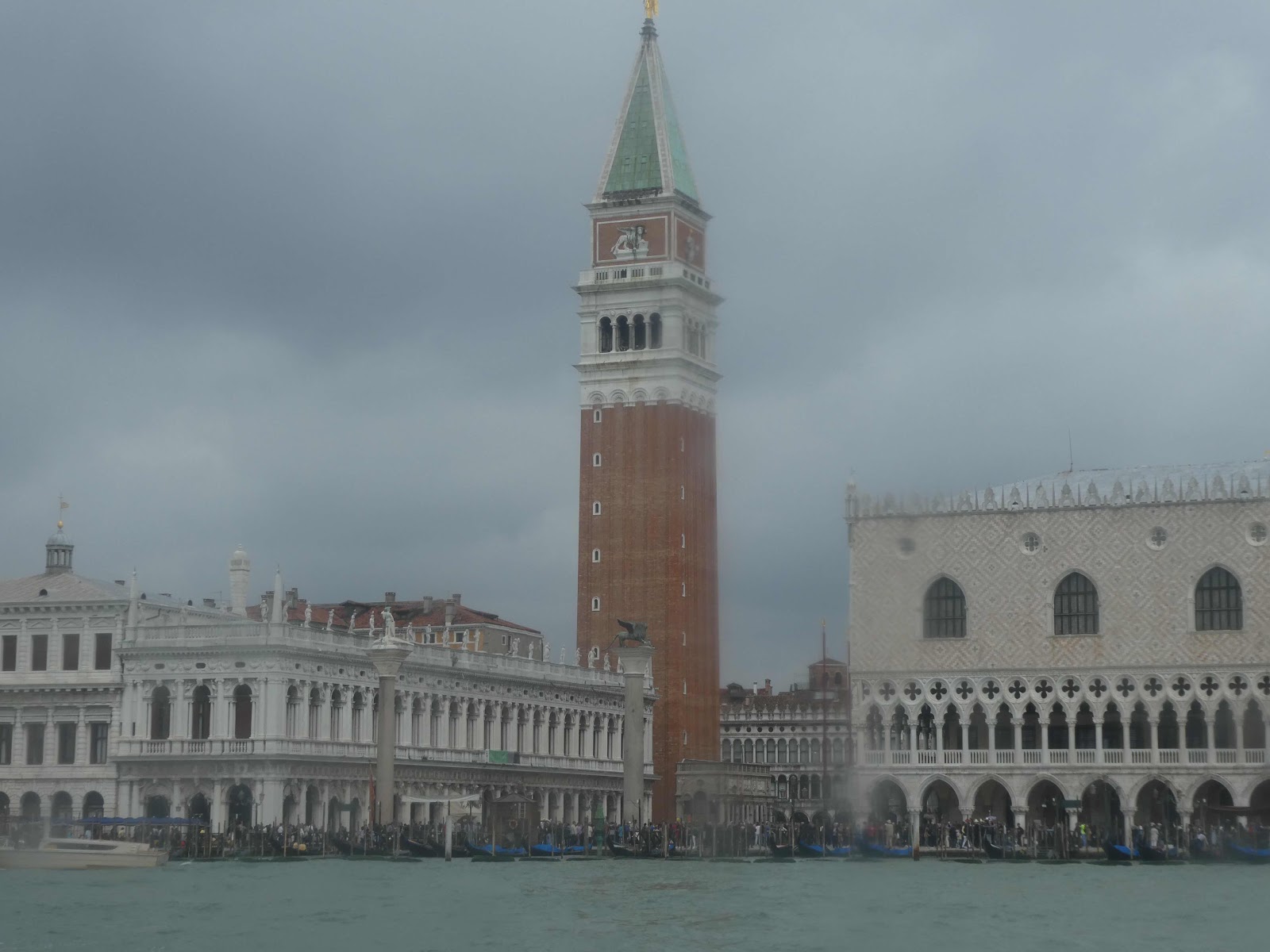 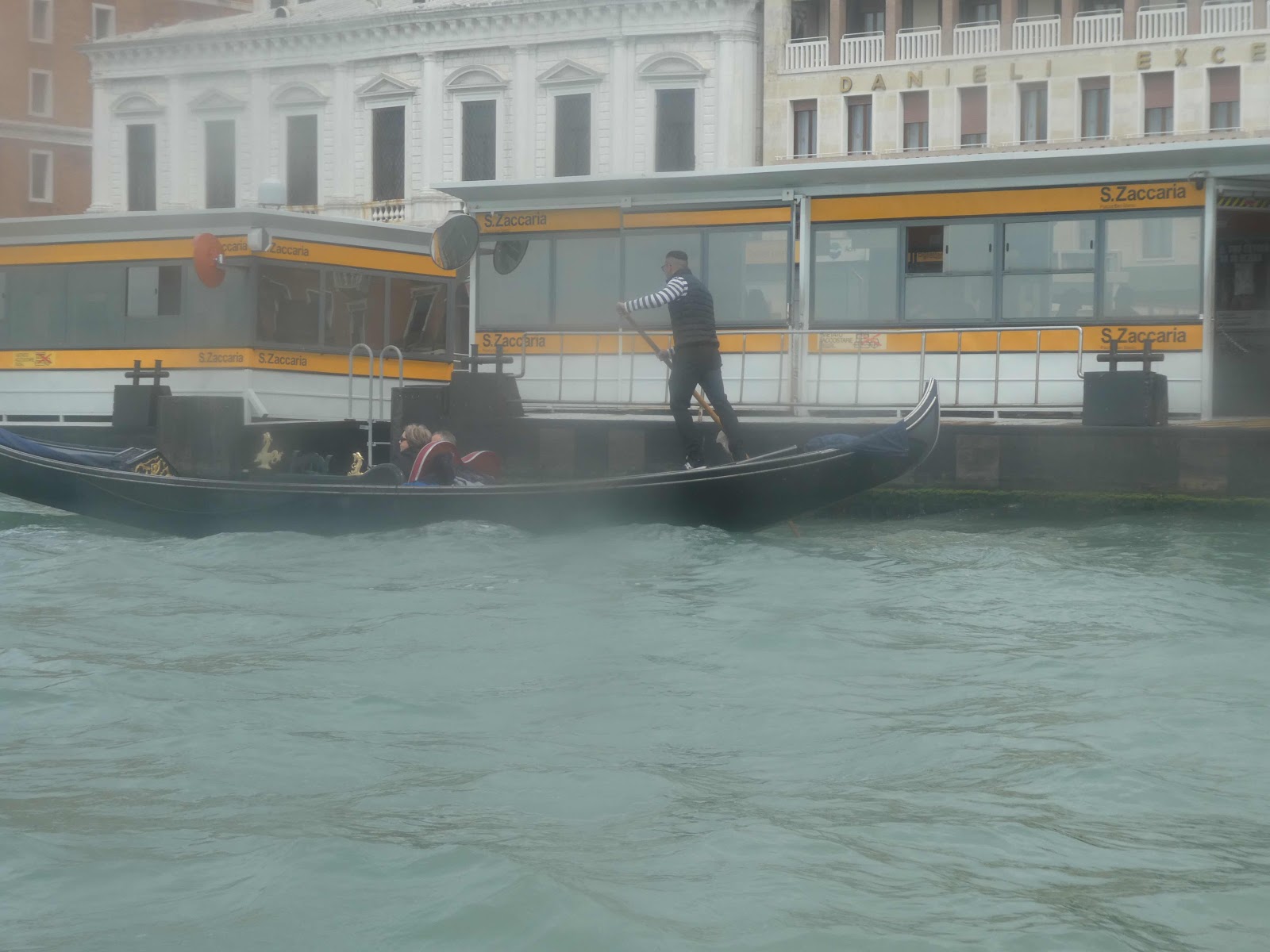 Murano was once a refuge for Venetian glass makers who were forced to leave Venice in 1291.  Murano is formed of seven islands linked by lovely bridges.  The whole of Murano measures about a mile and can be walked round in about 20 minutes! 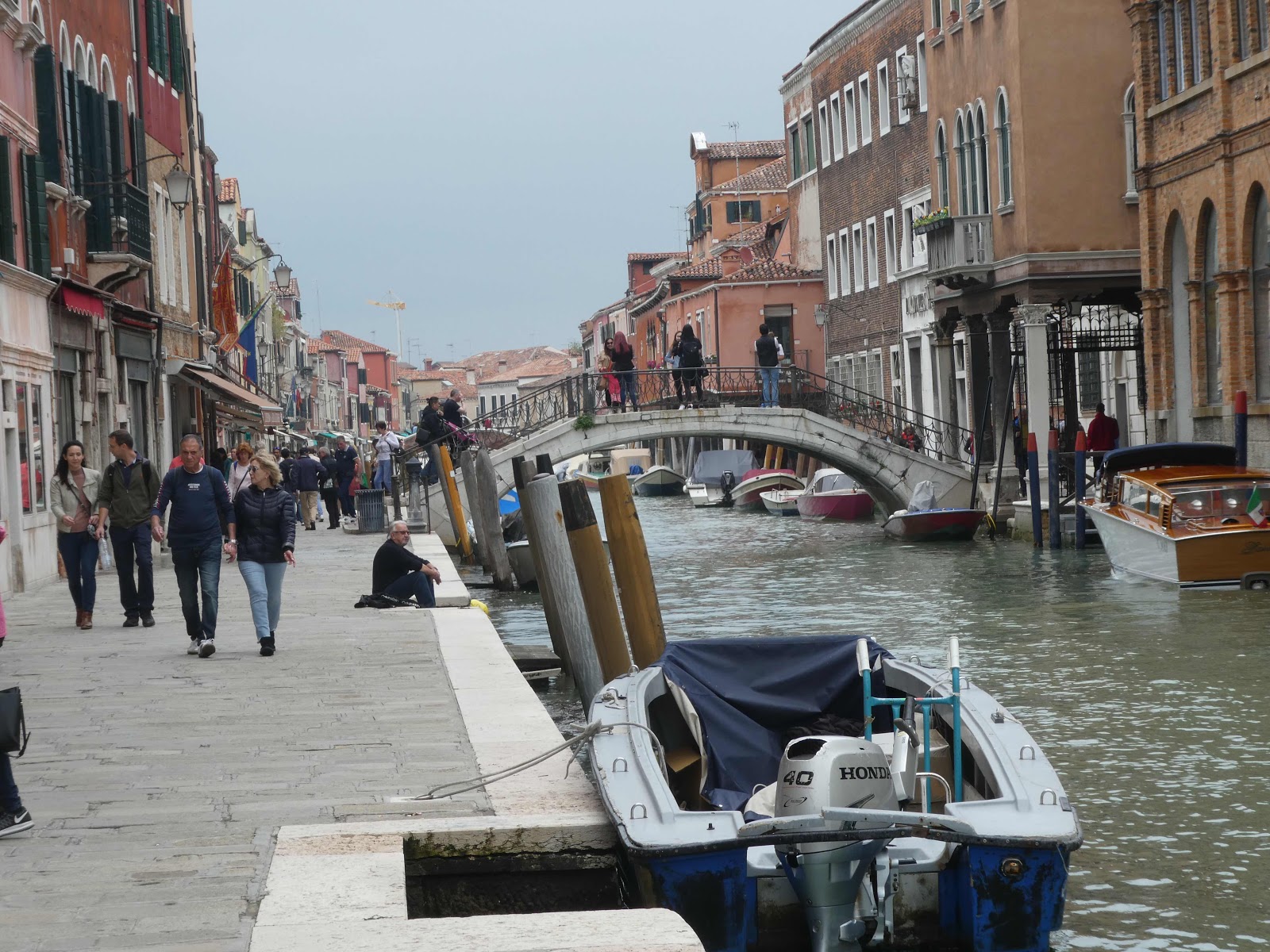 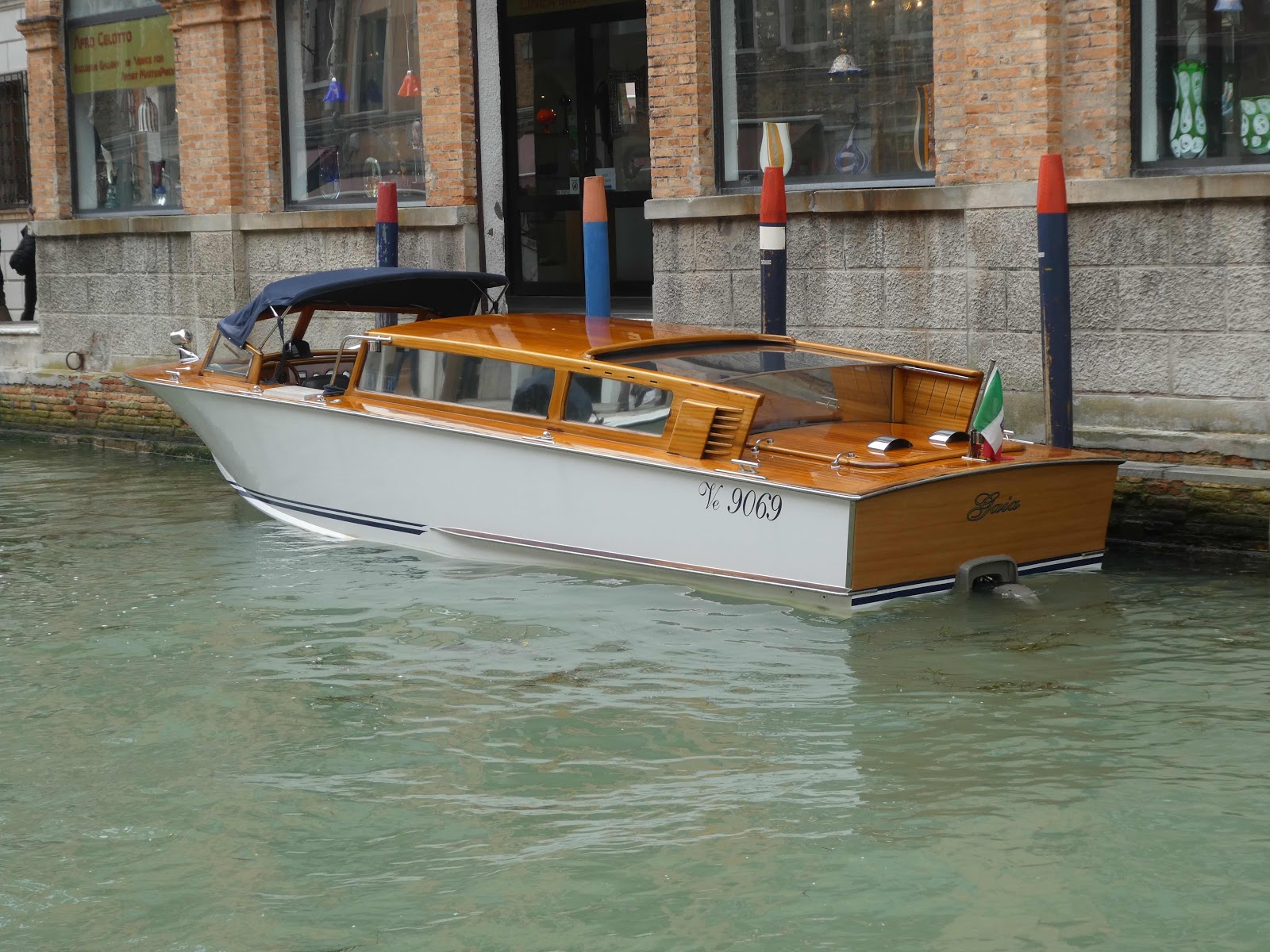 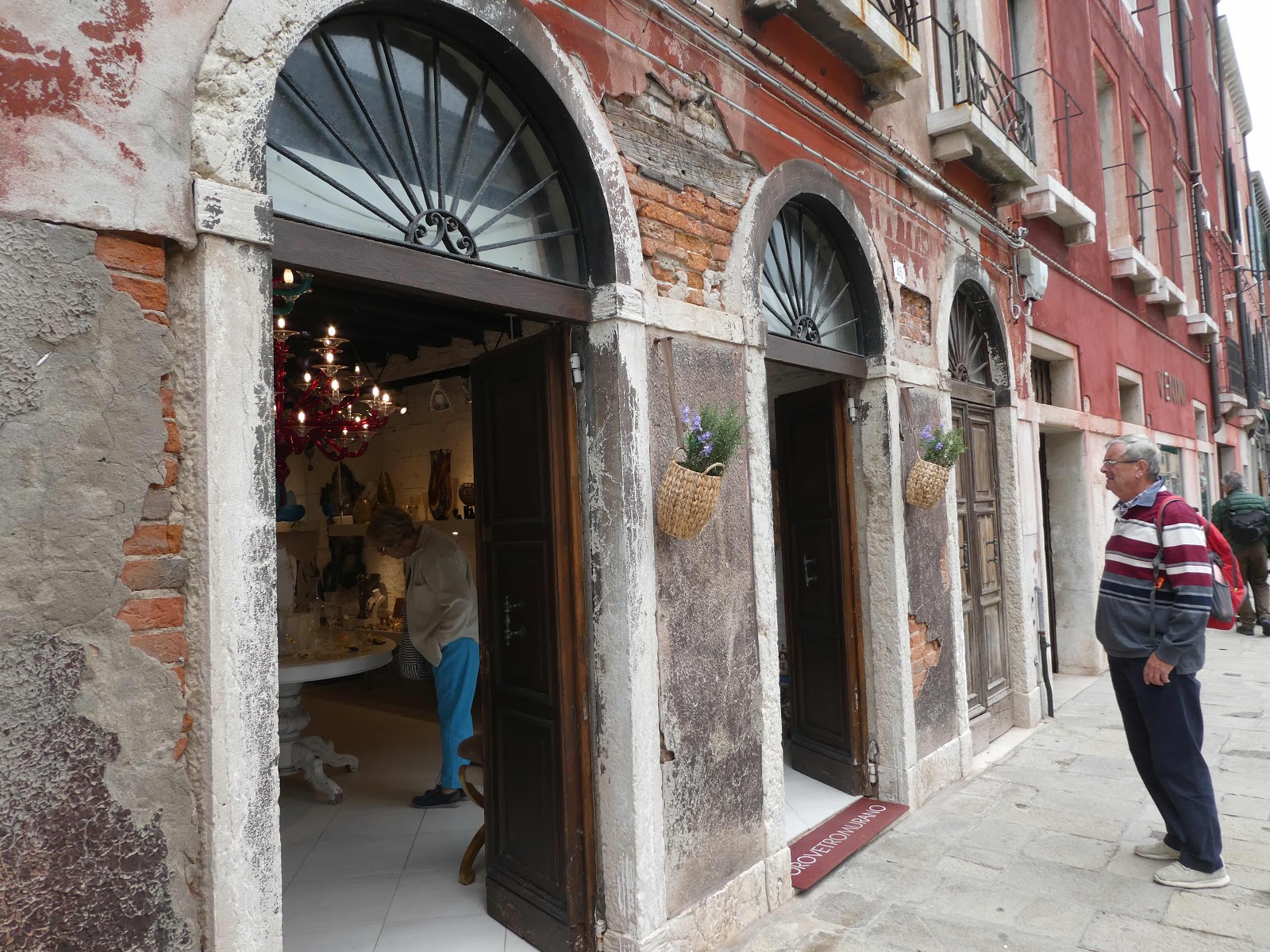 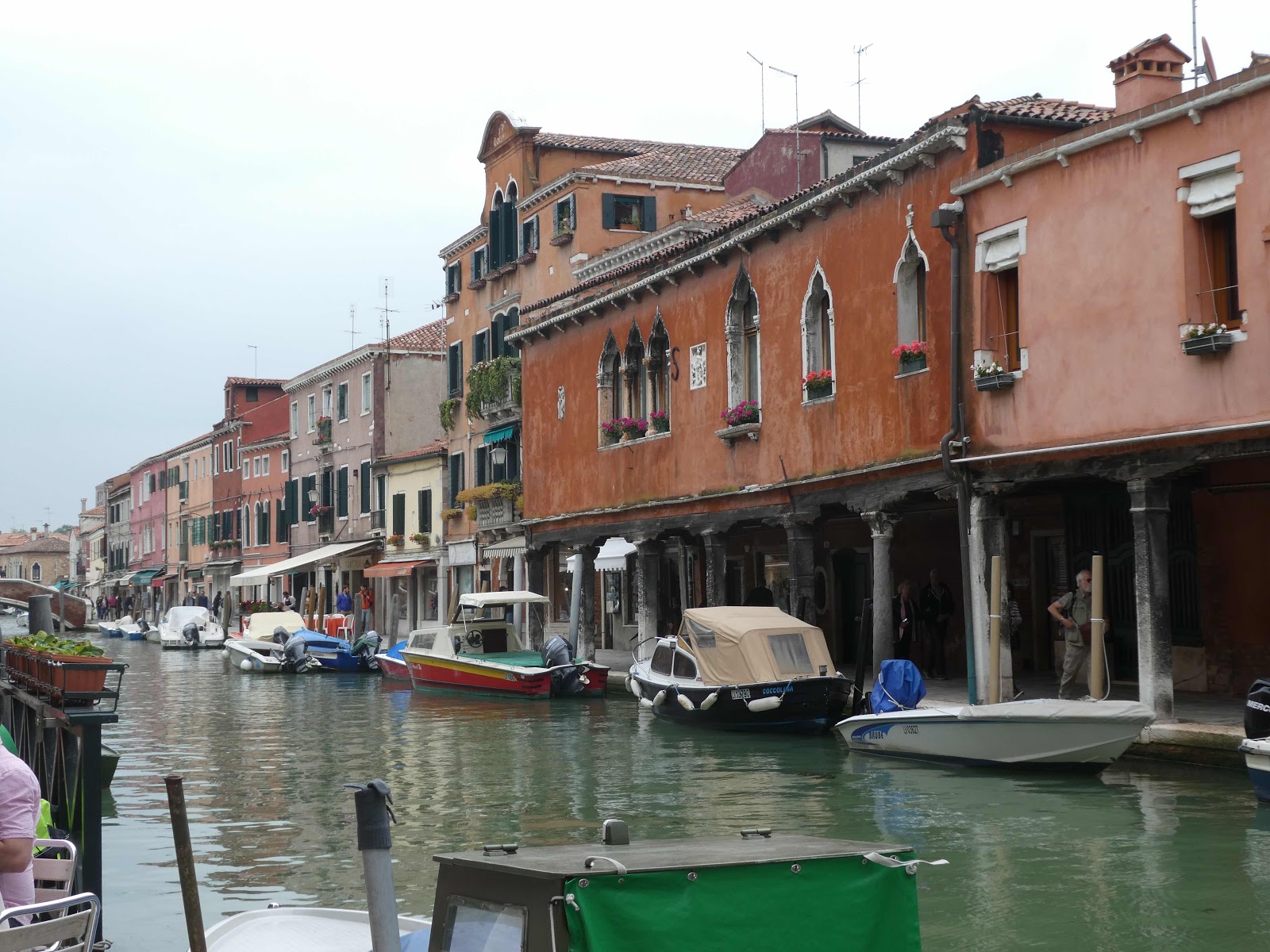 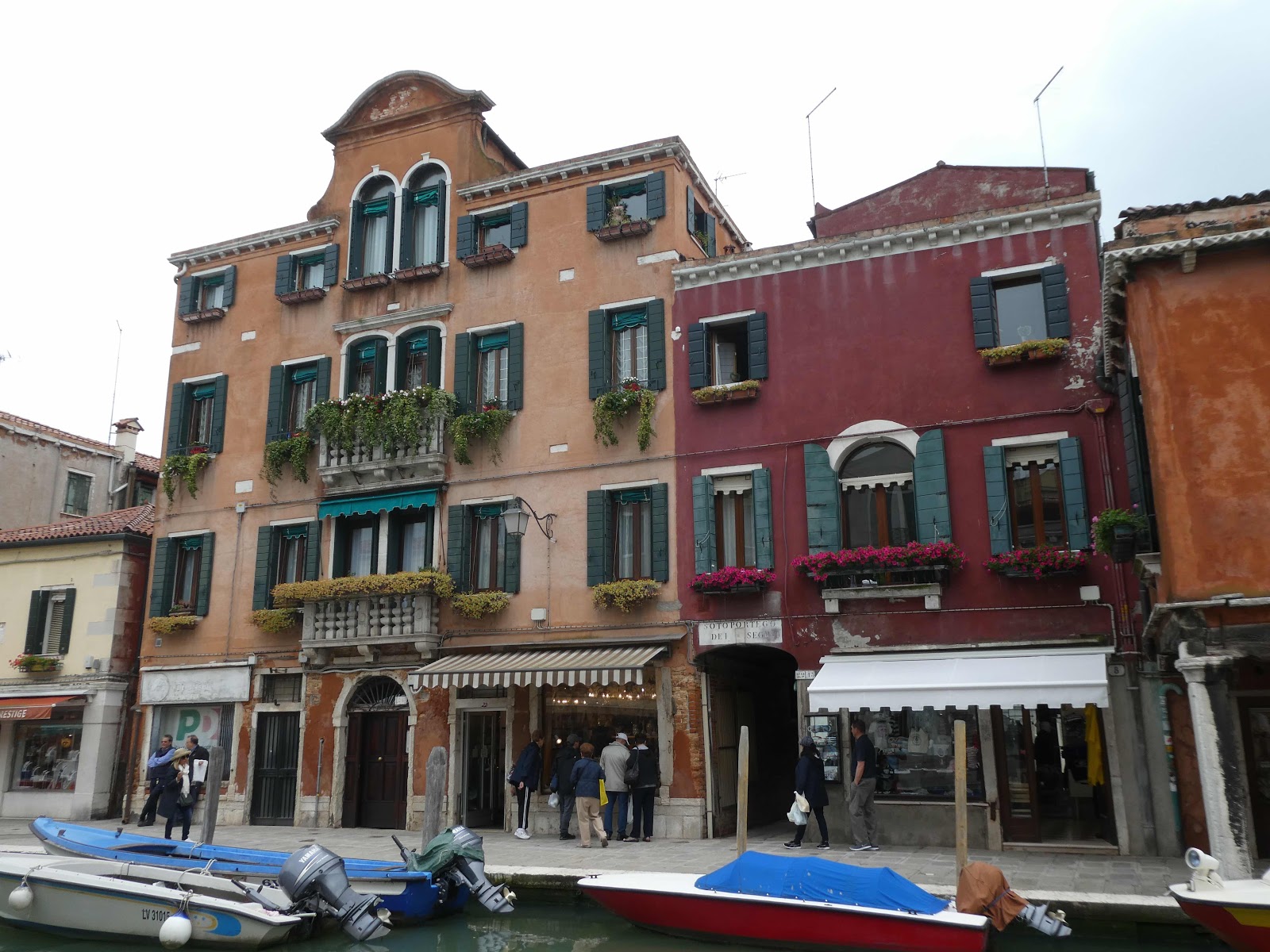 We stopped for a coffee then wandered to the end of the canal, crossed a bridge and started walking down the other side.  As it was nearing lunch time we stopped at a canal side restaurant and all chose pizzas, which were huge! 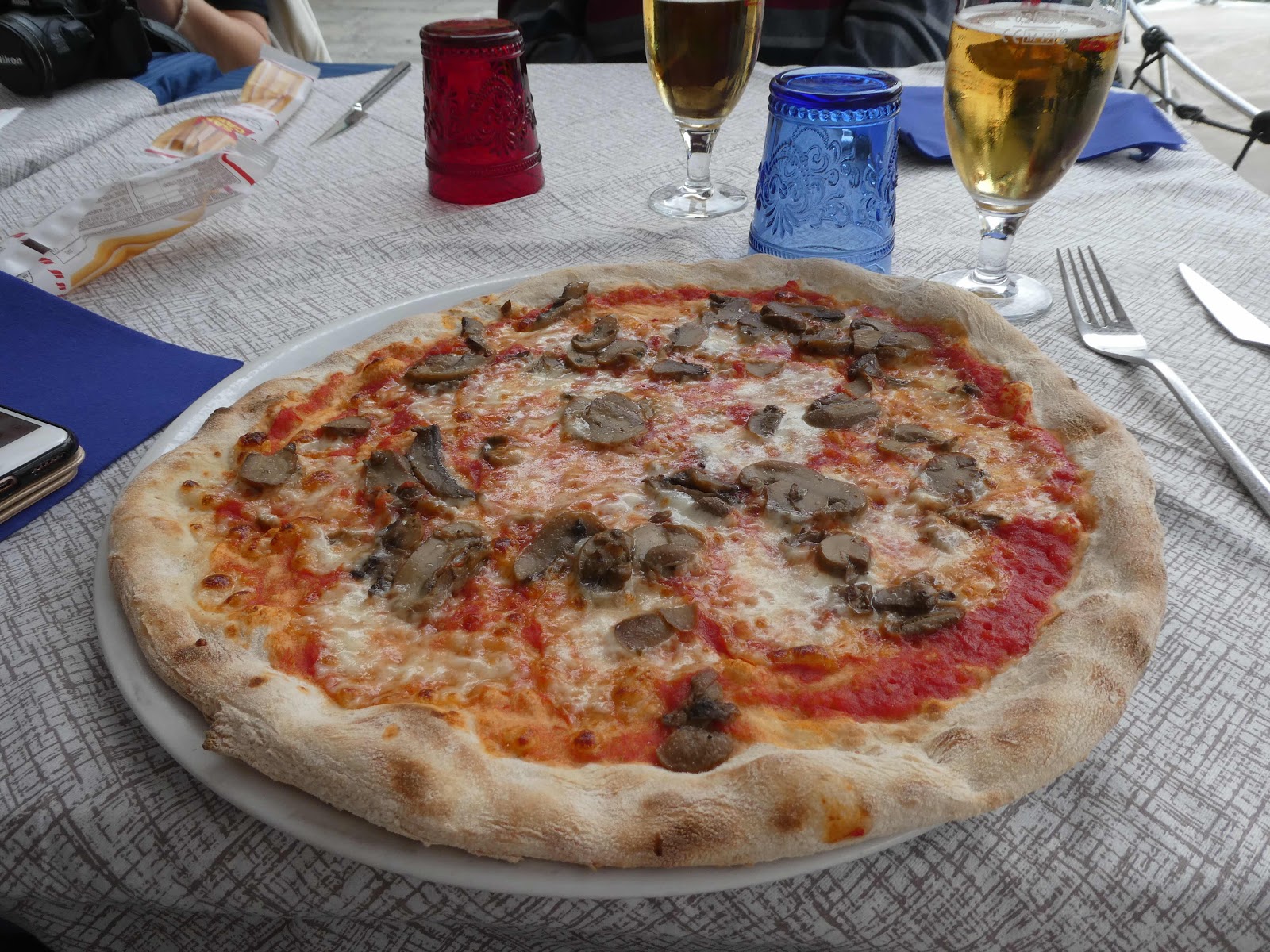 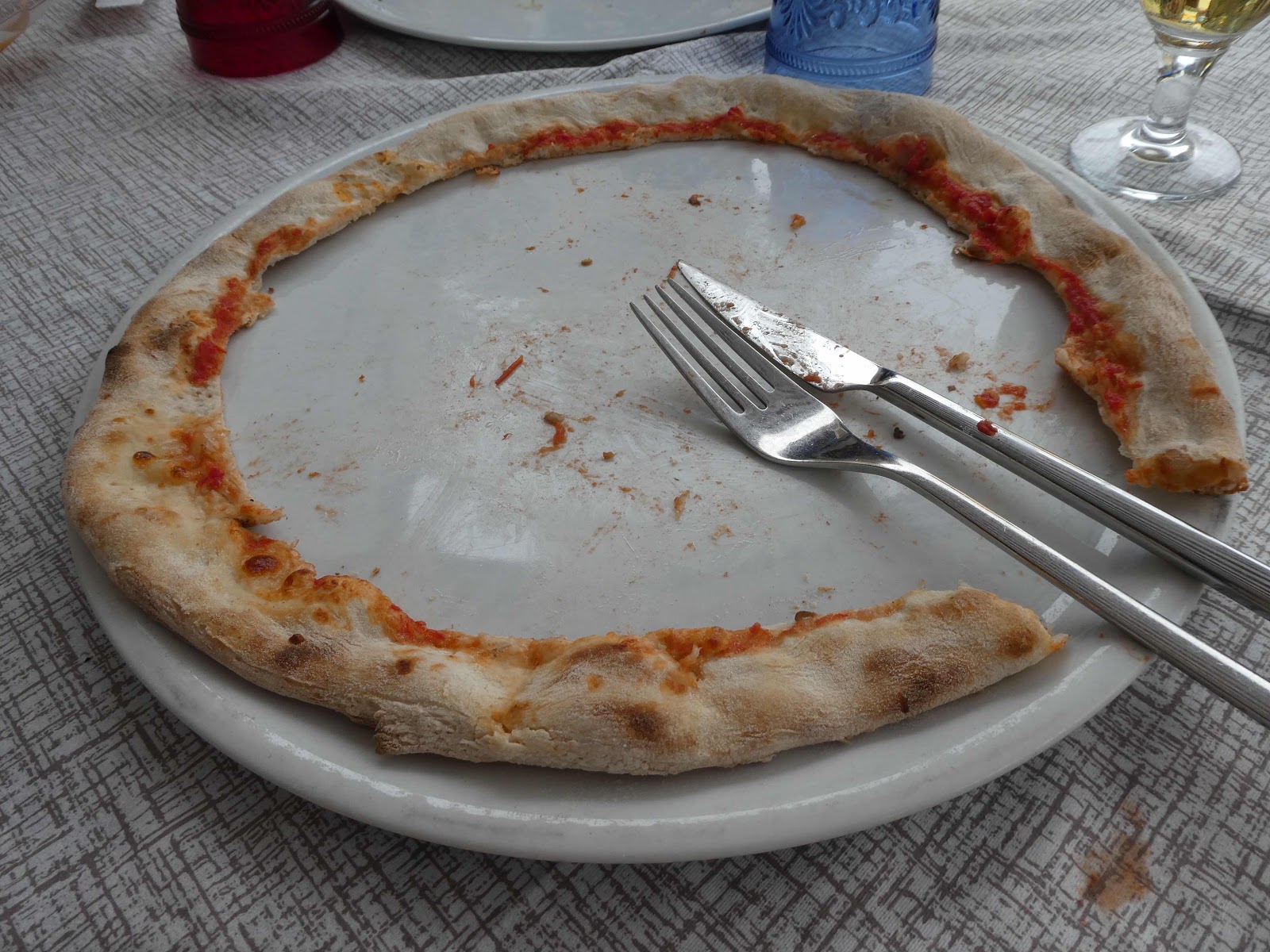 Even TNT deliver by boat! 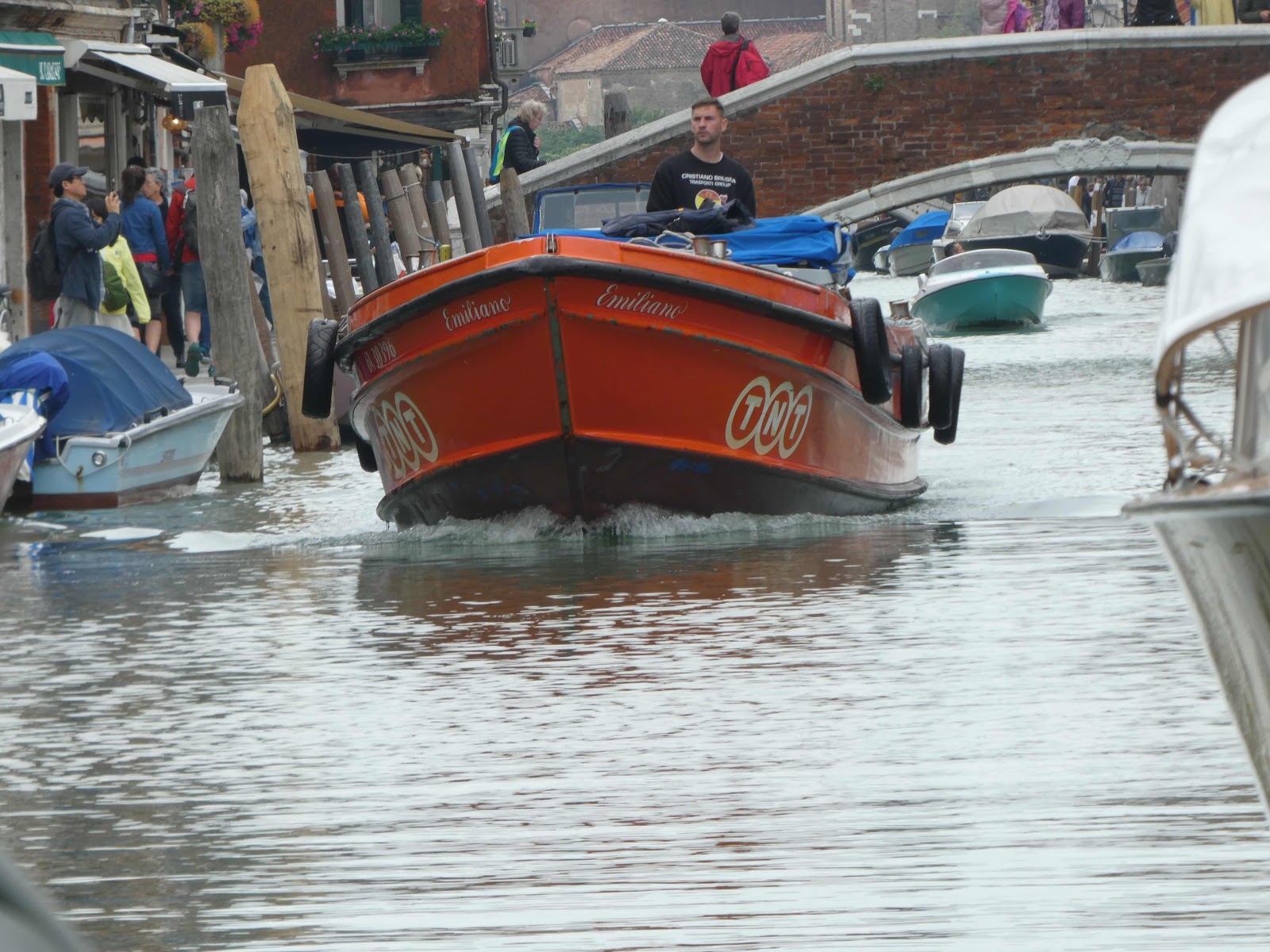 We decided against going on to Burano as Penny and I had arranged a surprise for Richard back on the ship.  We took the short way back to the bus station and then got a taxi, with a very miserable driver, back to the ship.

We had a short rest before there was a knock on our door and a birthday cake was delivered.  I had asked our travel agent, Diane, if she would organise this and the Cruise Specialists even paid for it.  Another surprise, for me too, was a bottle of bubbly.  Penny and Jim came down to share it all with us. 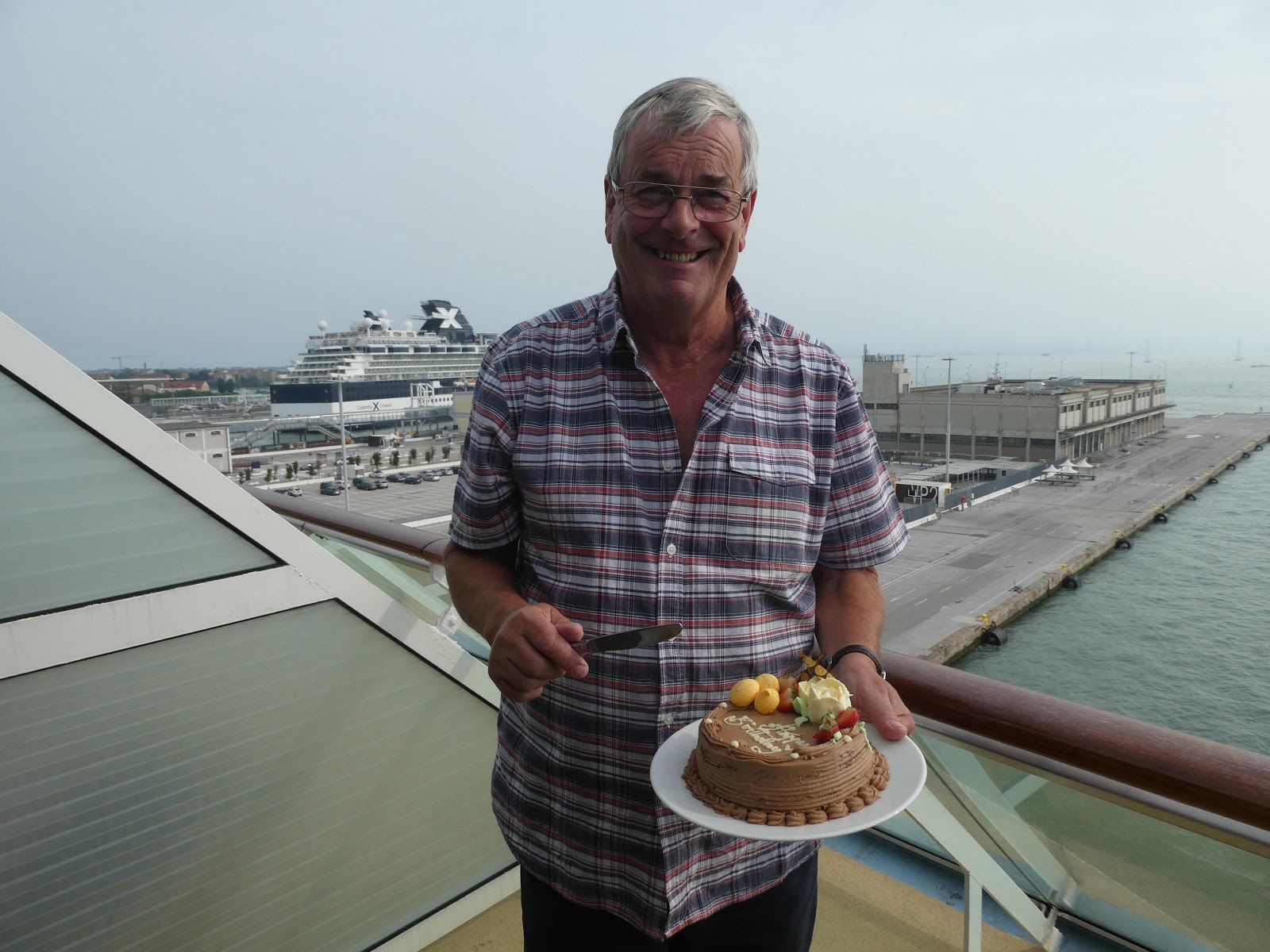 We watched the sail away from our balcony.  Sorry about the fading light of the next photos but it did take a while to get out of Venice. 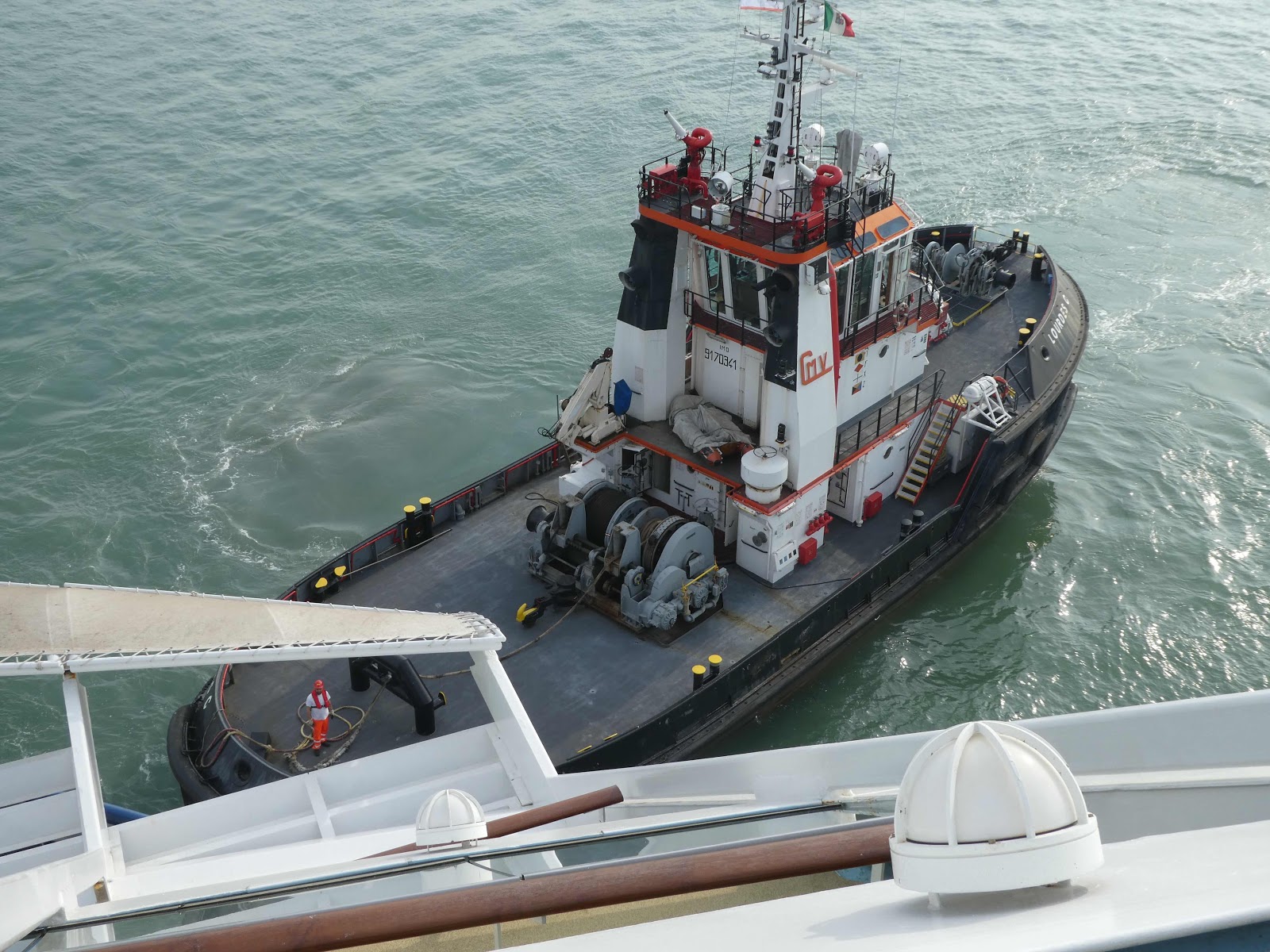 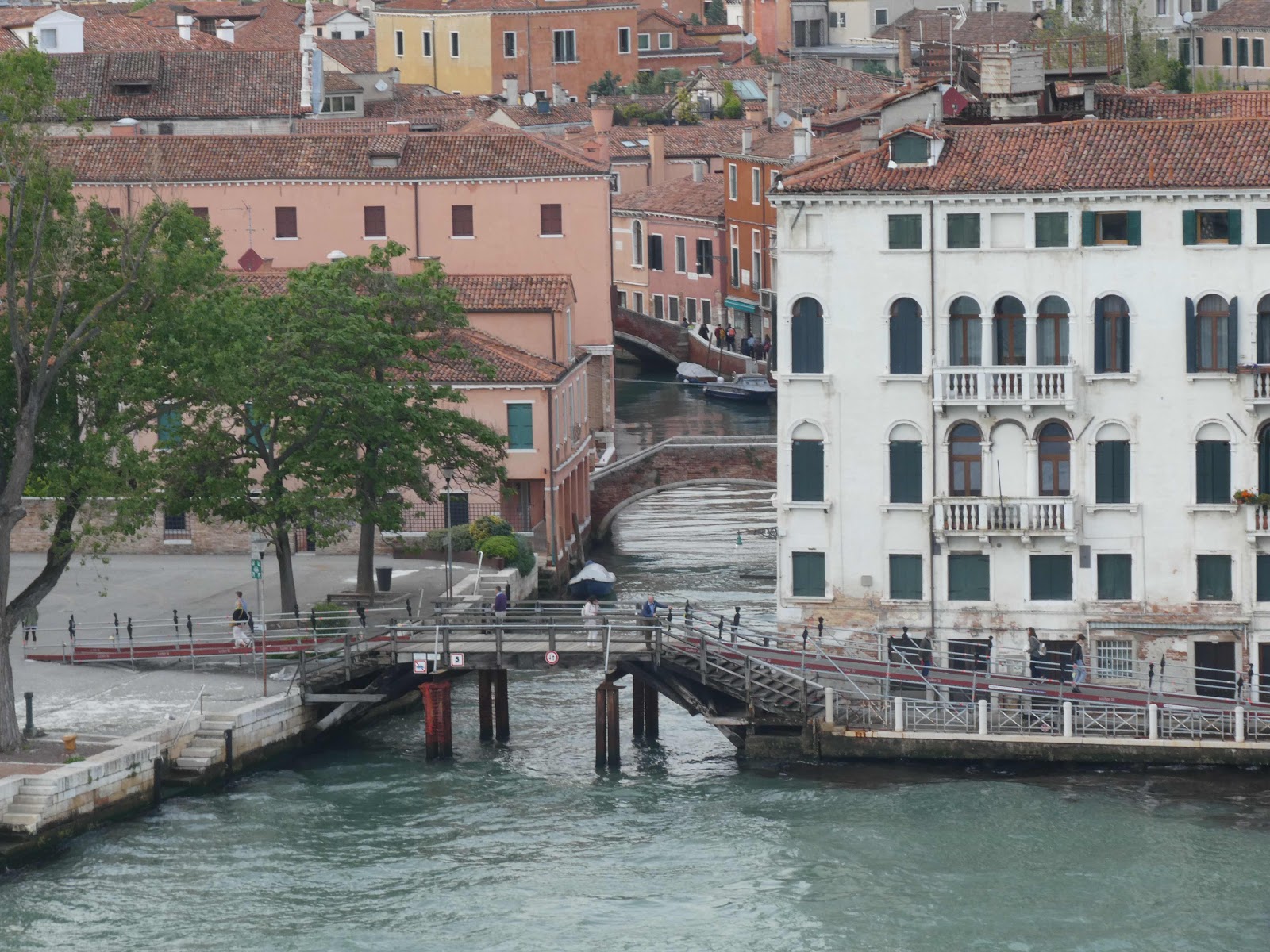 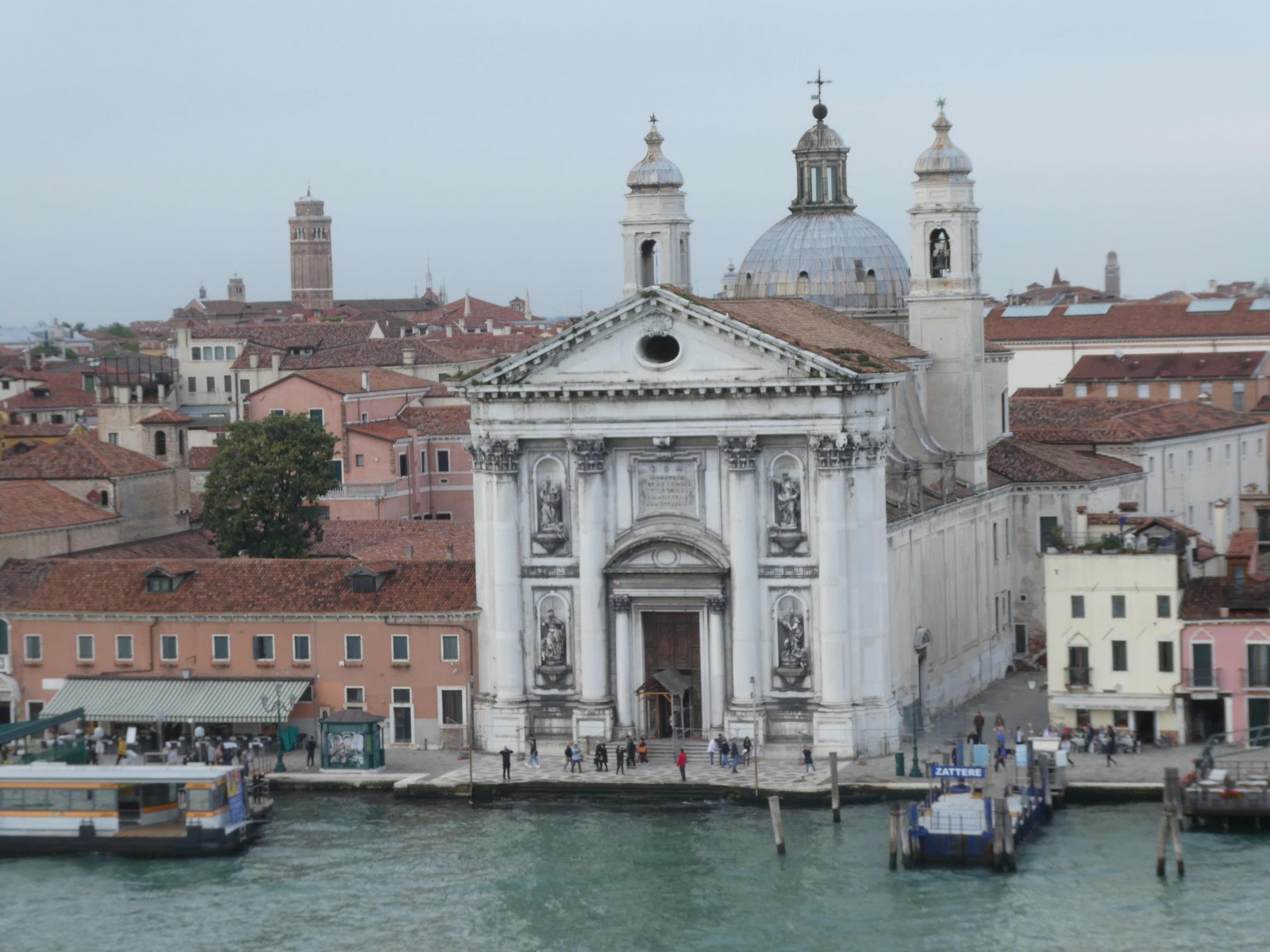 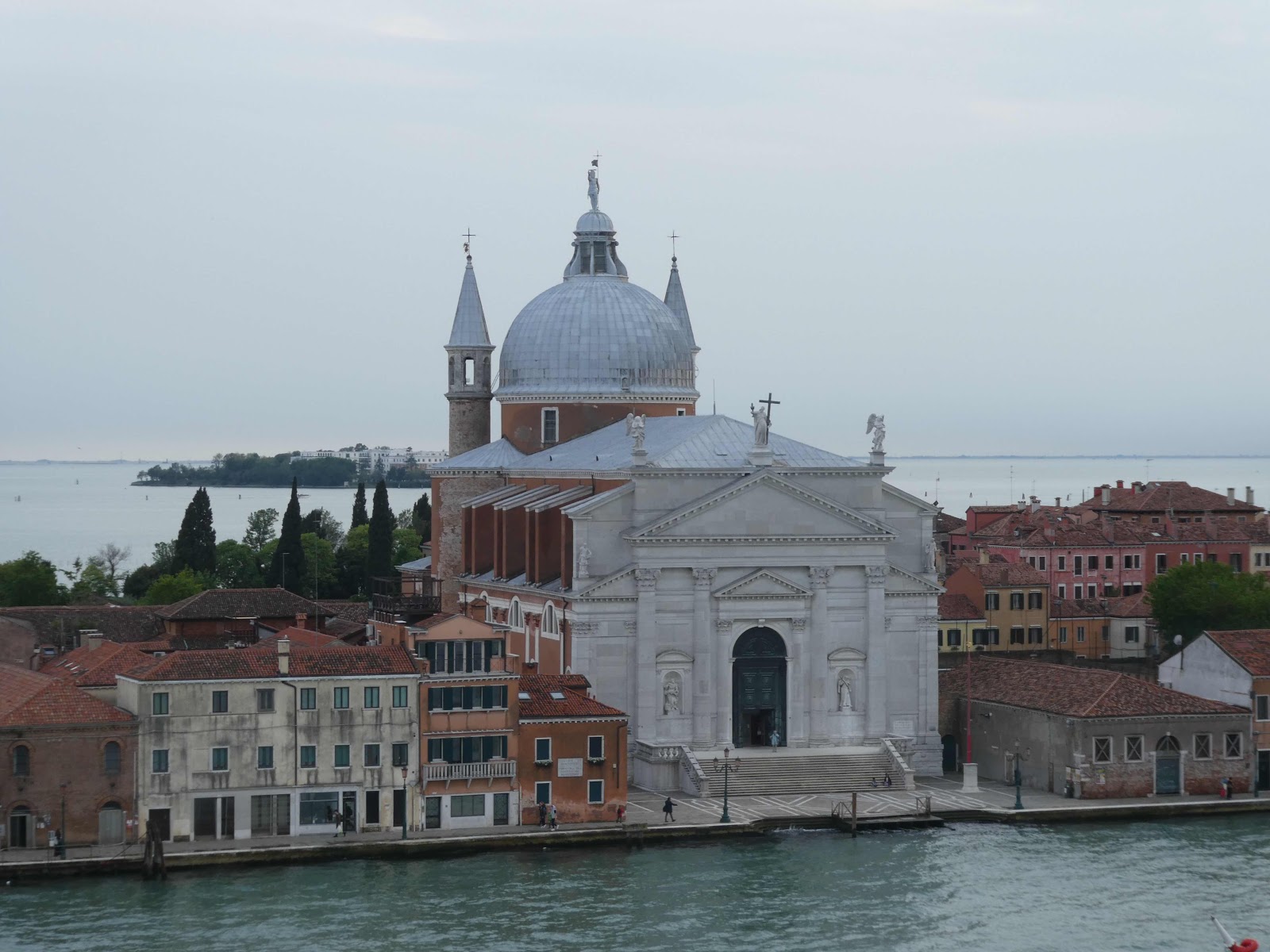 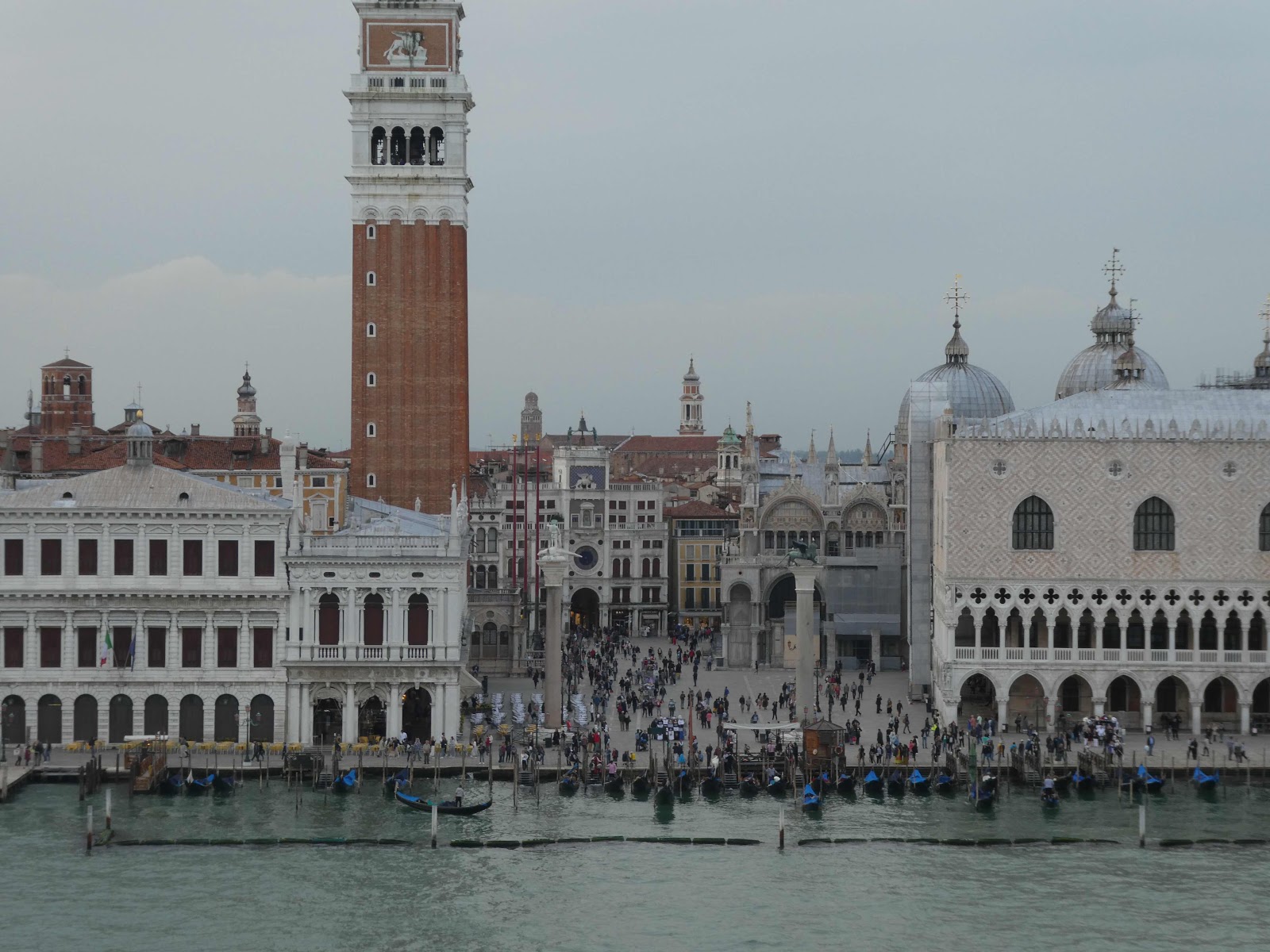 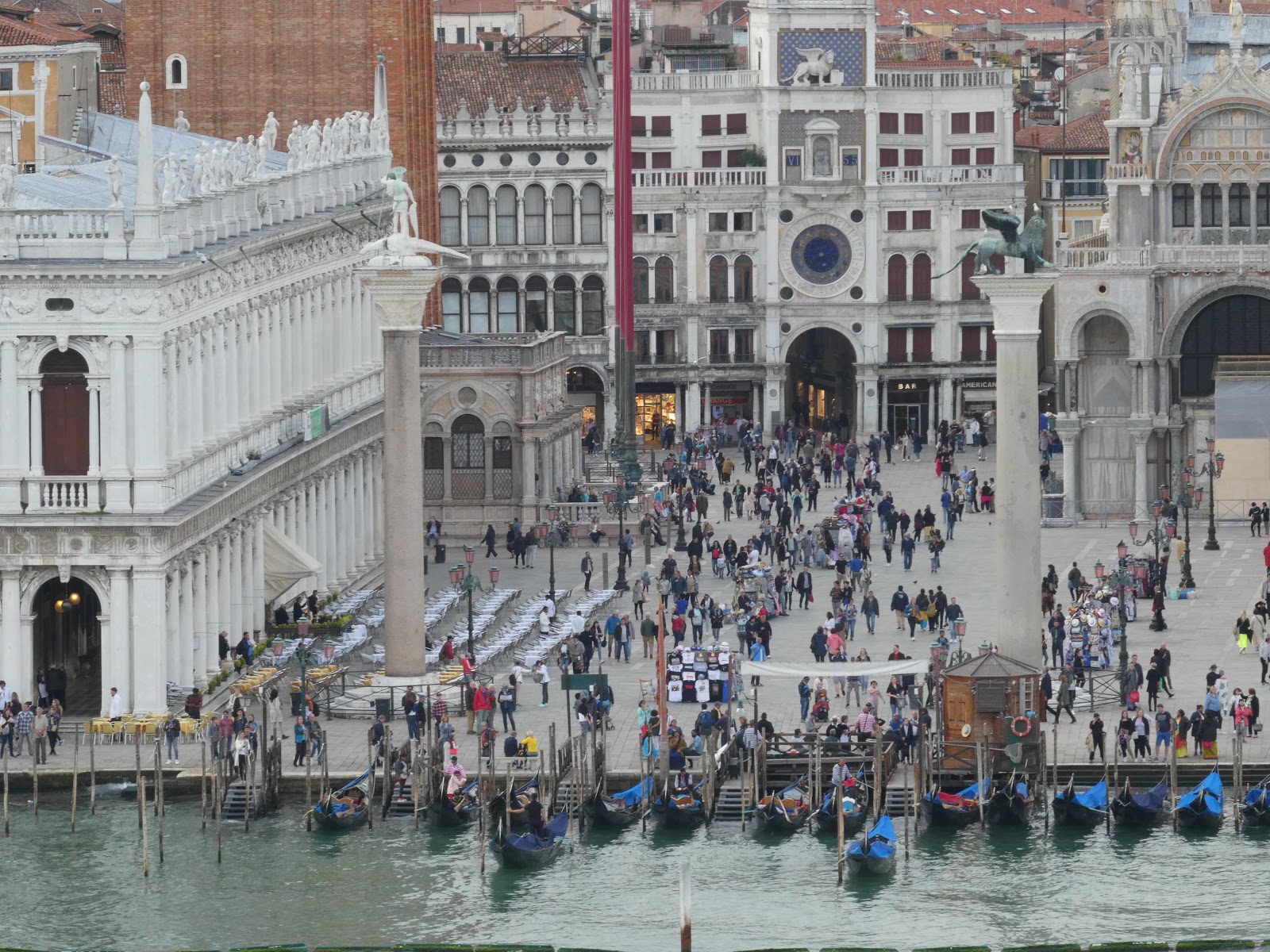 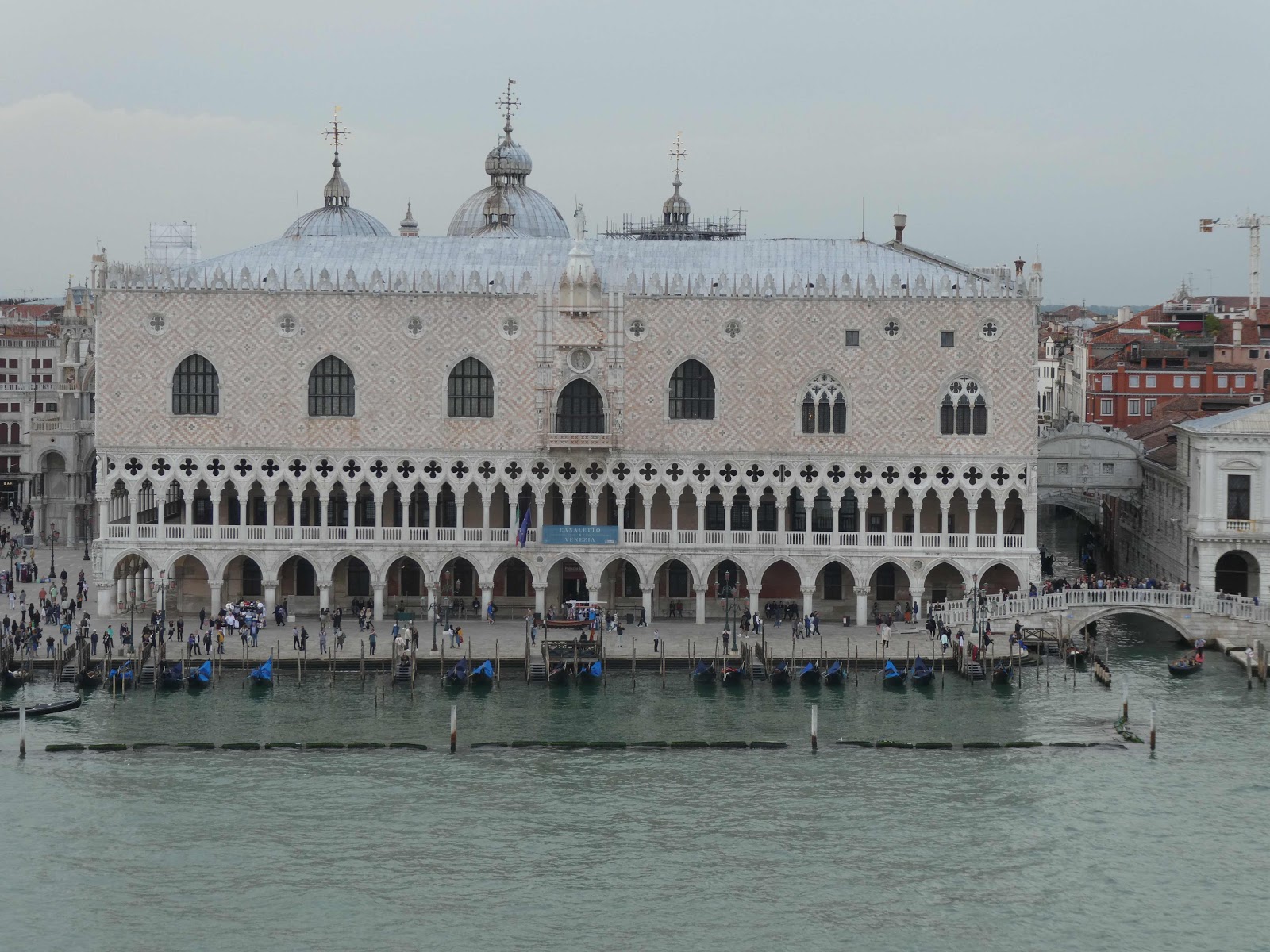 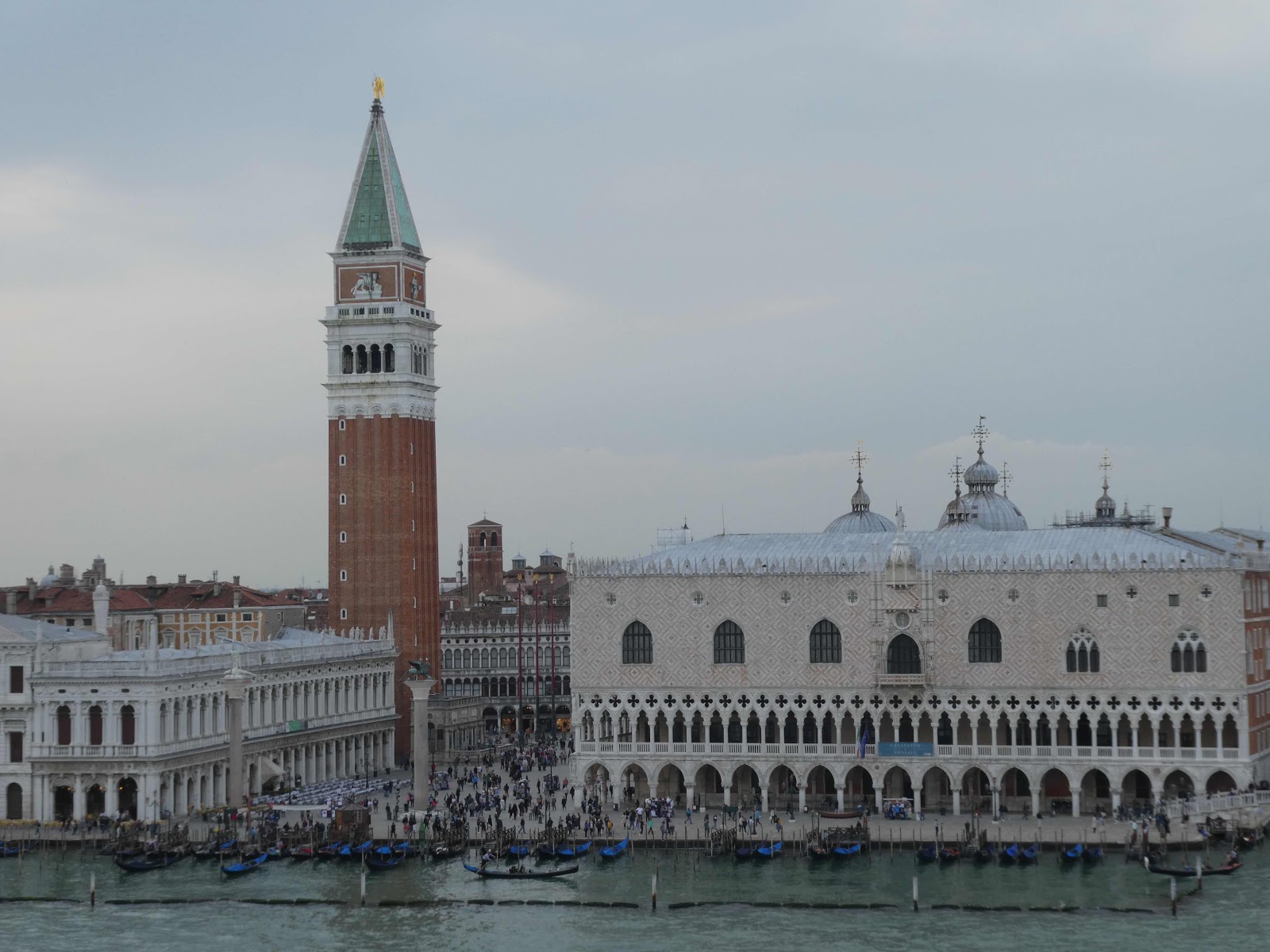 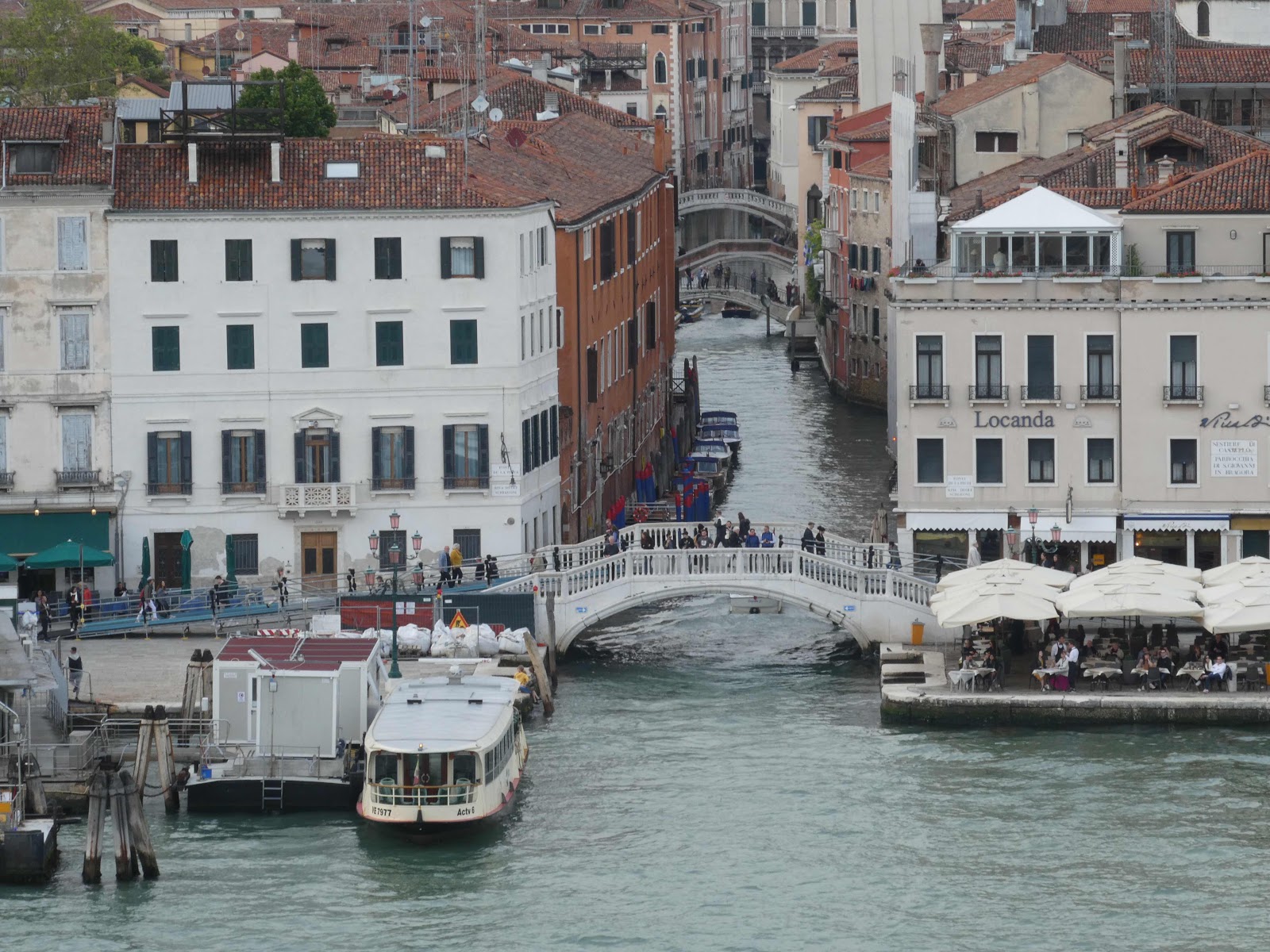 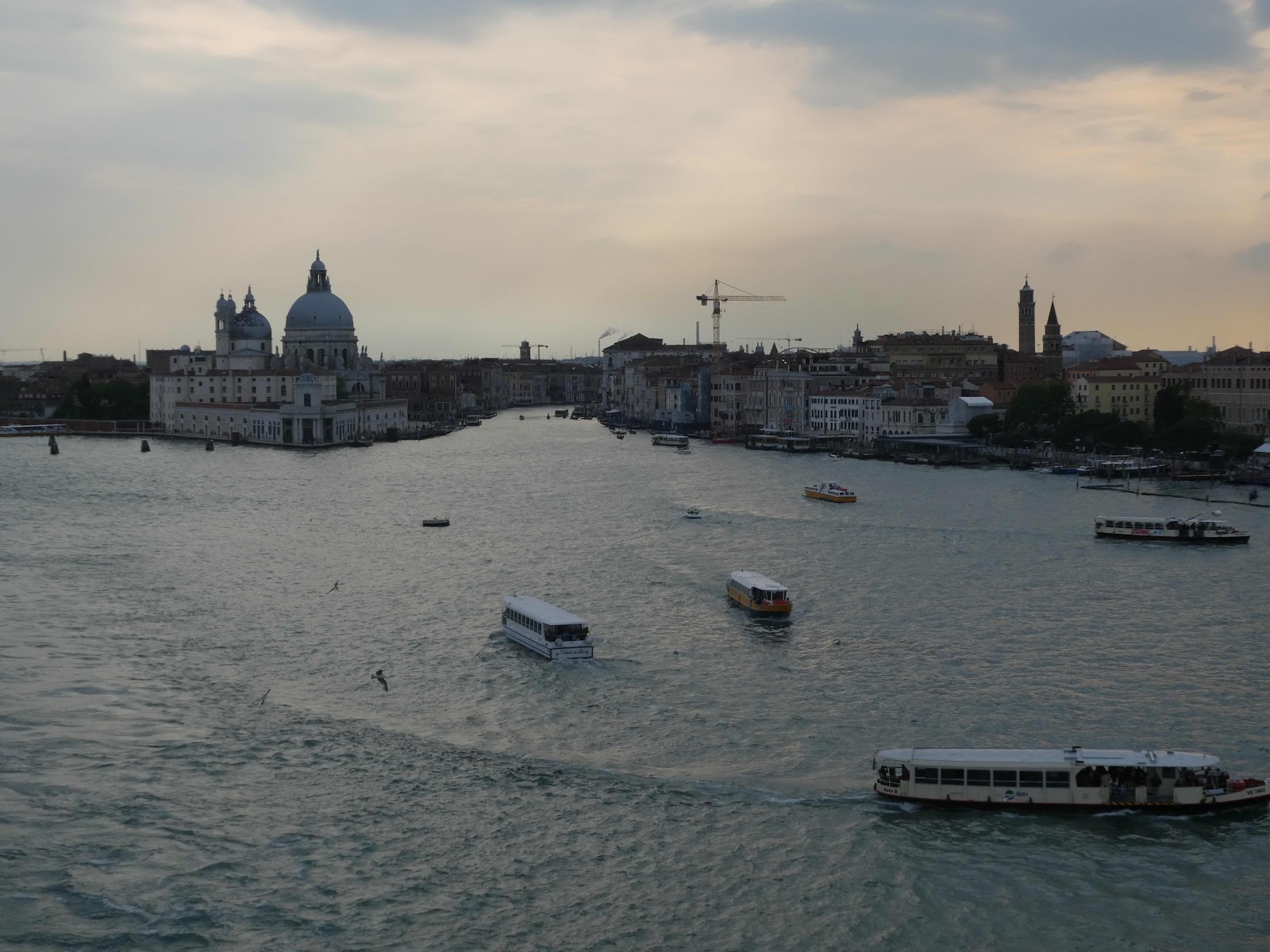 We had booked one the speciality restaurants, Surf and Turf, for tonight’s dinner.  One of their specialty dishes is a 32 ounce rib eye steak which they suggest is shared between two! 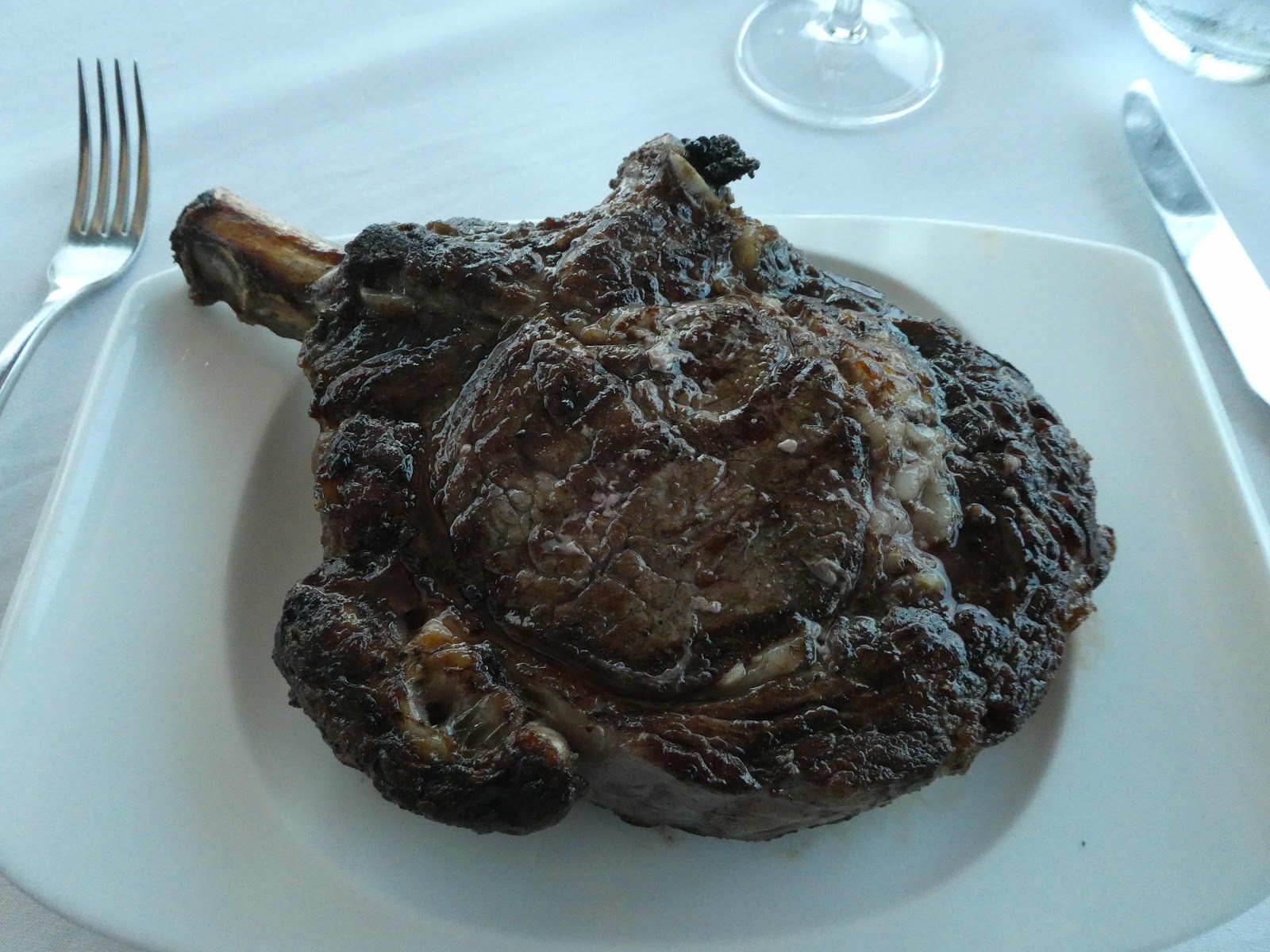