What a lovely surprise I got today.  I always thought that Rhodes was rather a boring place but I was SO wrong.  The only reason I can come up with for thinking as I did was because it doesn’t the have the nice romantic names that some of the islands have - I mean to say Rhodes doesn’t have quite the same ring to it as Santorini or Mykonos!!

Rhodes town was declared a World Heritage site by Unesco and is considered to be the largest and best preserved fortified city in Europe.

We hadn’t really decided what we were going to do but when we saw a hop on hop off bus we decided to use it but we hadn’t bargained for all the other people who had the same idea!  In the end we walked round the harbour and into the walled old town.  First stop, as always was for coffee.  We found a nice cafe where the waiters were so nice and funny too. This sign was there for us to learn some Greek! 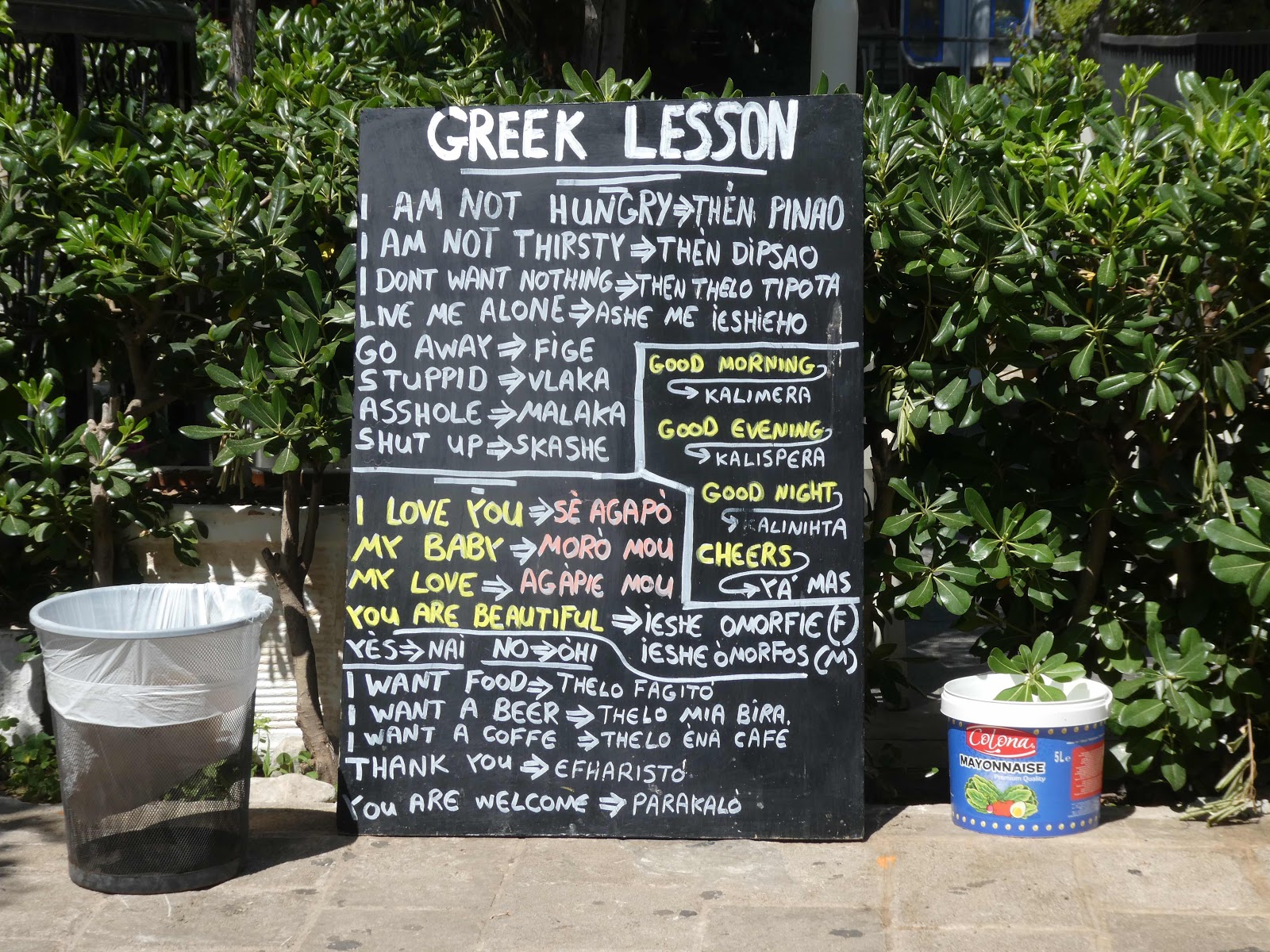 We noticed this stray cat having a lovely drink on a hot morning or at least I assume it was water and not mayonnaise! 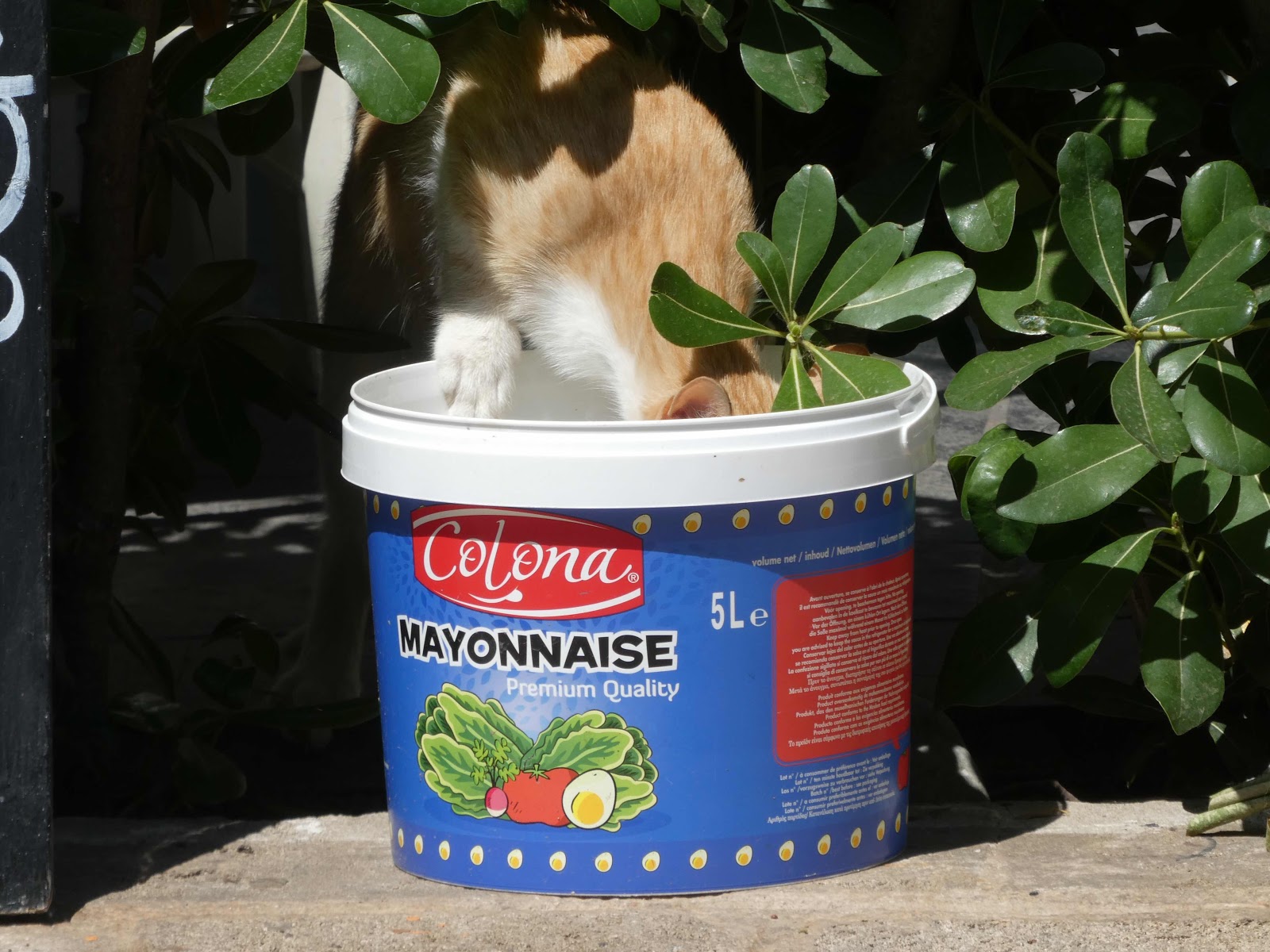 After coffee we wandered round the streets where there were copious souvenir shops along with leather, clothes and other shops. 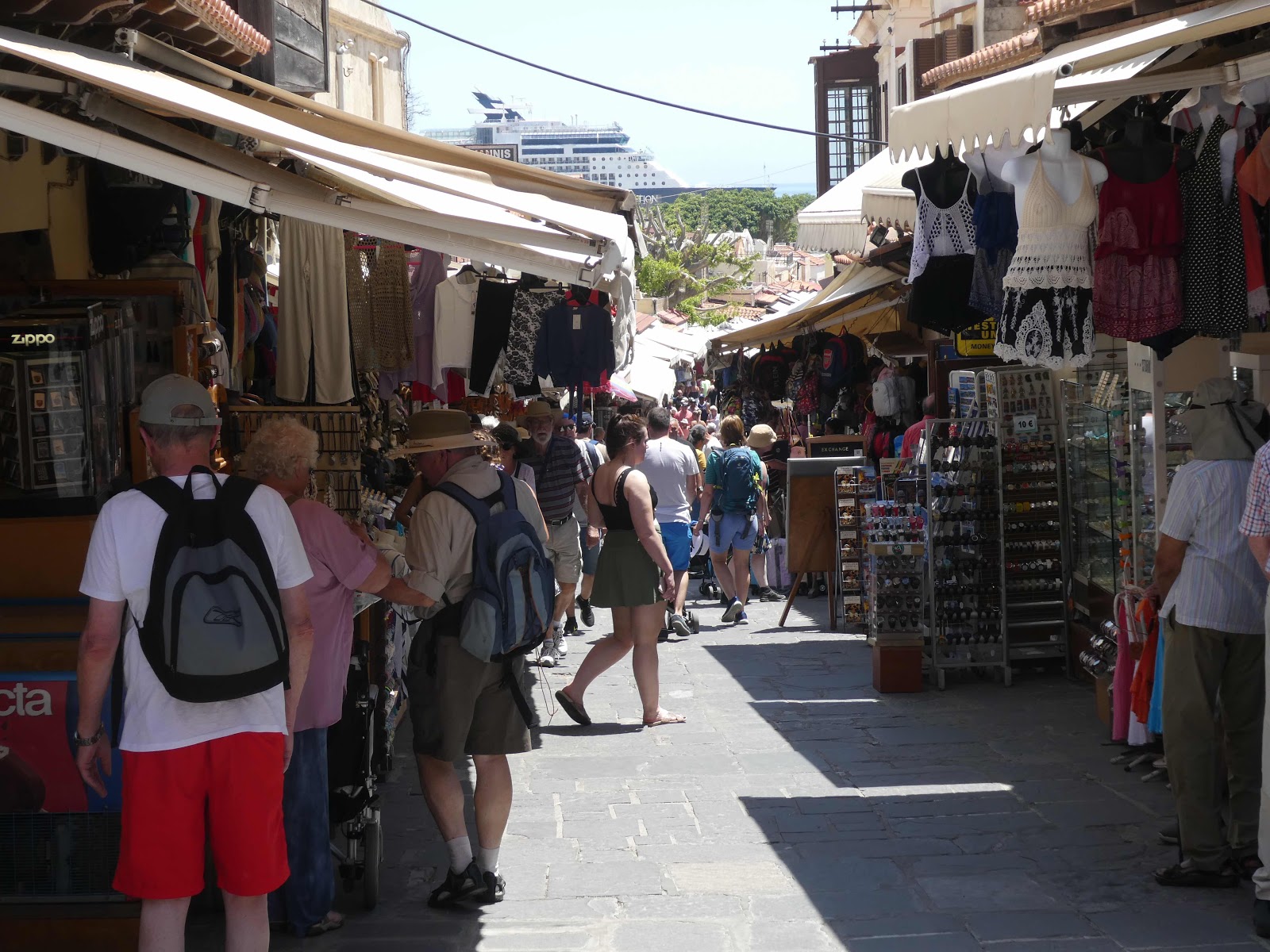 We explored a little further and found a lovely street which was quiet and cool. 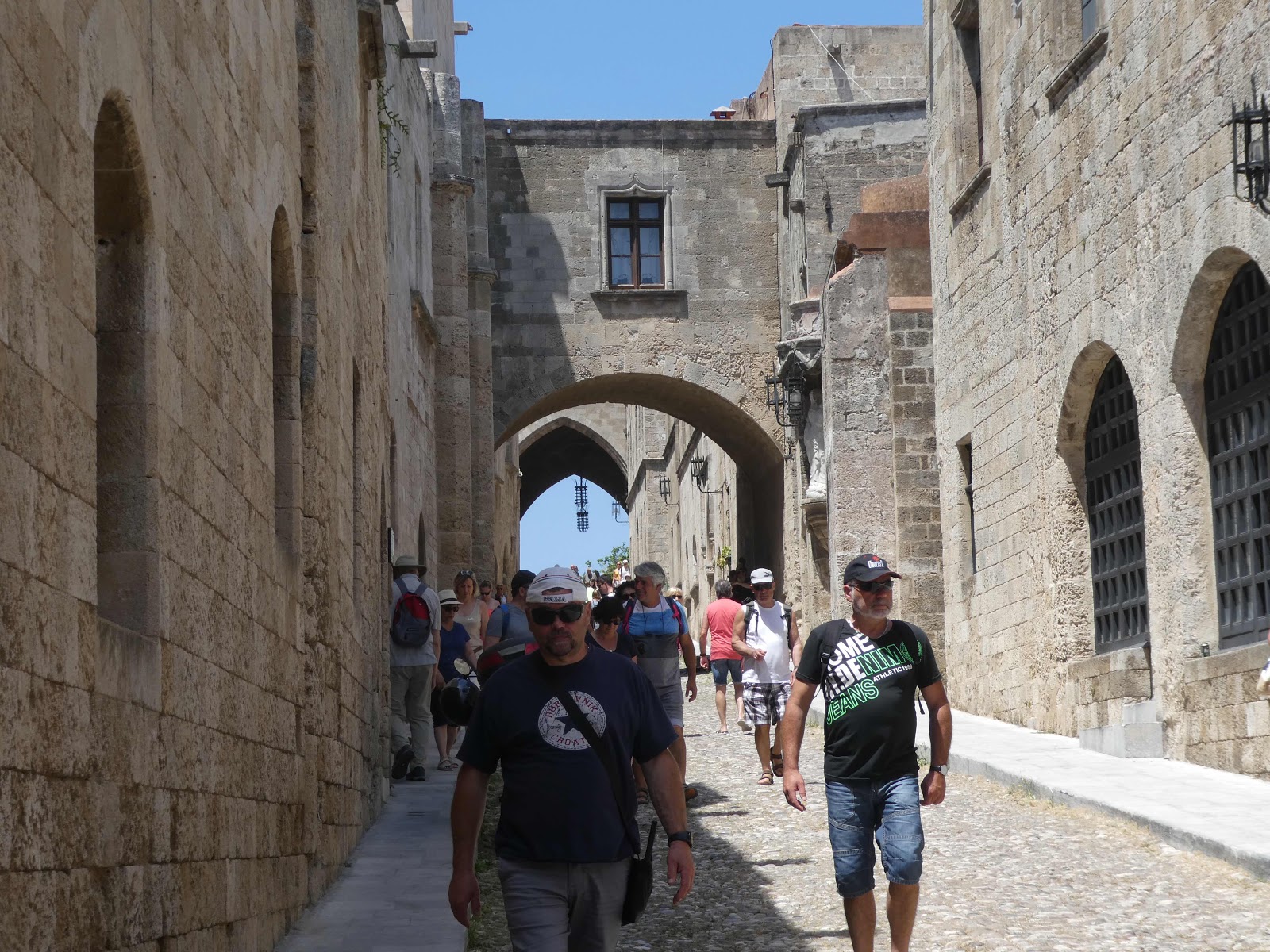 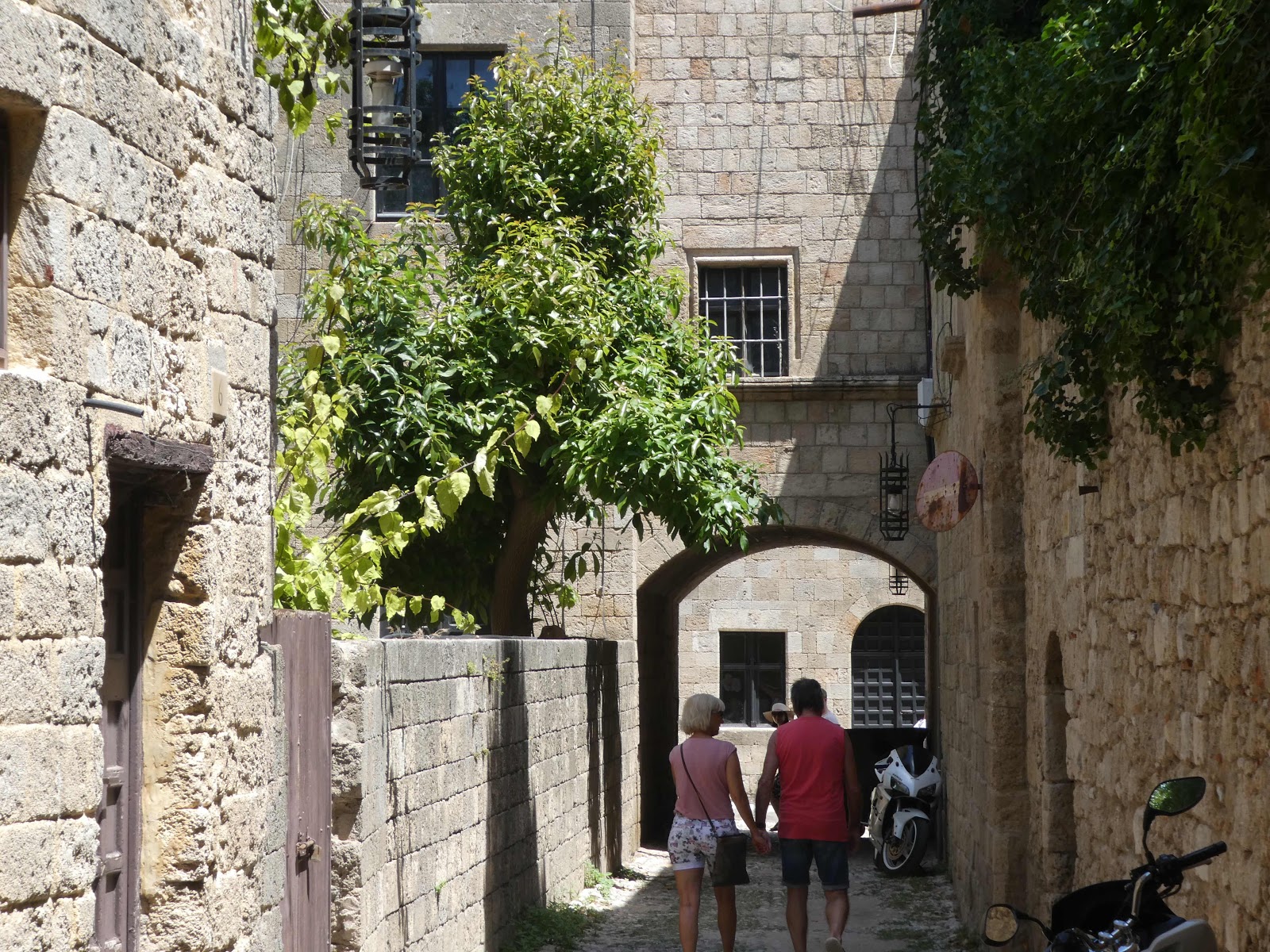 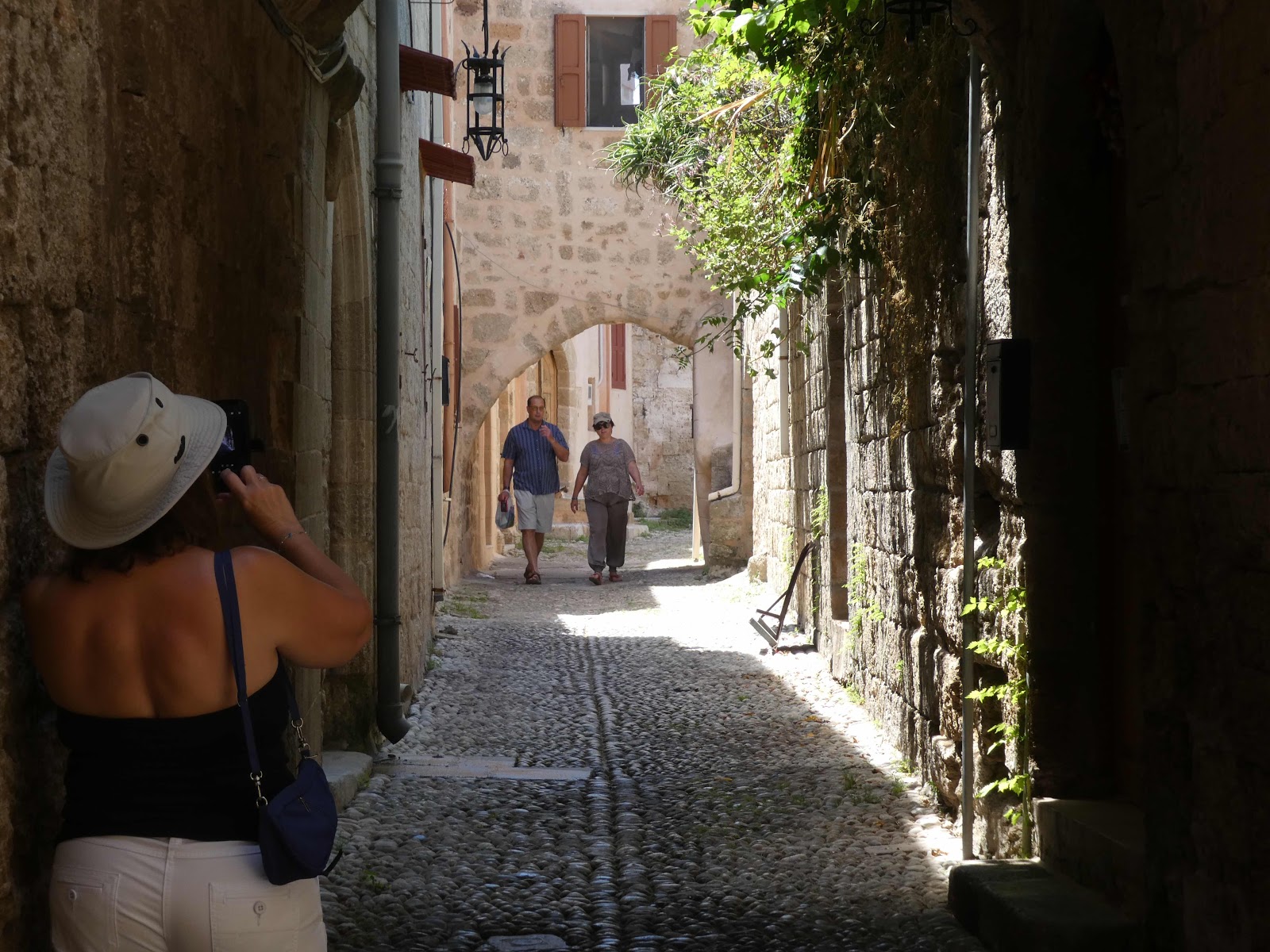 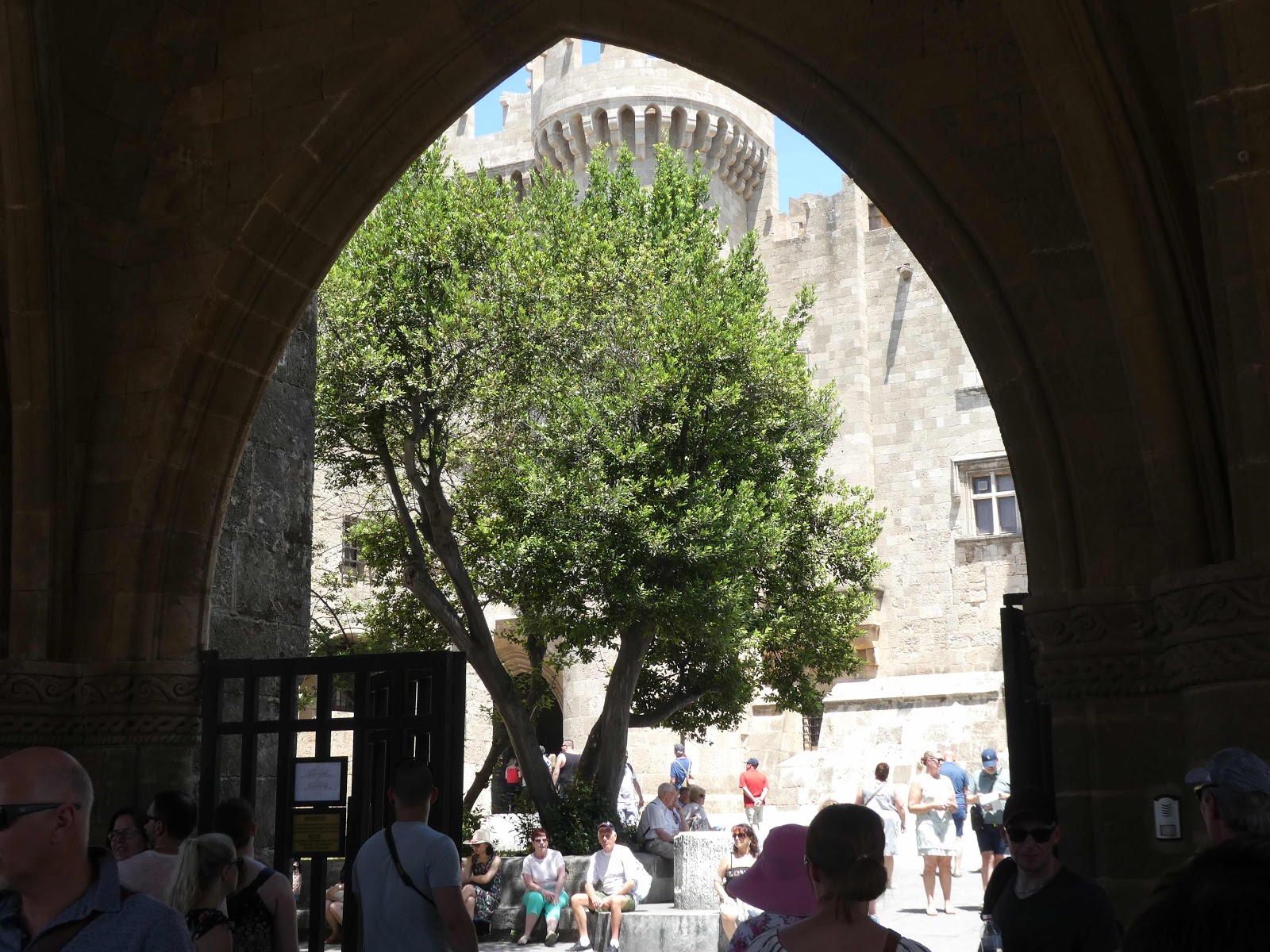 Back in the the melee of tourists and shops we did the required gift shopping.  I went into one shop that sold lovely wooden things and was amazed at an array of knives from Swiss Army knives to some, I guess, you could very easily kill someone with.  I so wanted to take a photo but thought I might get stopped by one of the shop staff.

It was soon lunch time - we do seem to lurch from one meal to another - and found a nice cafe where I had a lovely chefs salad.

For the afternoon I had pre-booked tickets on the Poseidon submarine.  When I booked it I thought what a novel thing but we have discovered that every town with a harbour seems to have one - either red or, of course, yellow!  This one was red and carried up to 50 people.  It remains above water at all times, while it’s hull, the underwater observatory, is 2.5 metres under the surface.  One of the crew was a diver and jumped in to feed the fish giving us a great view. 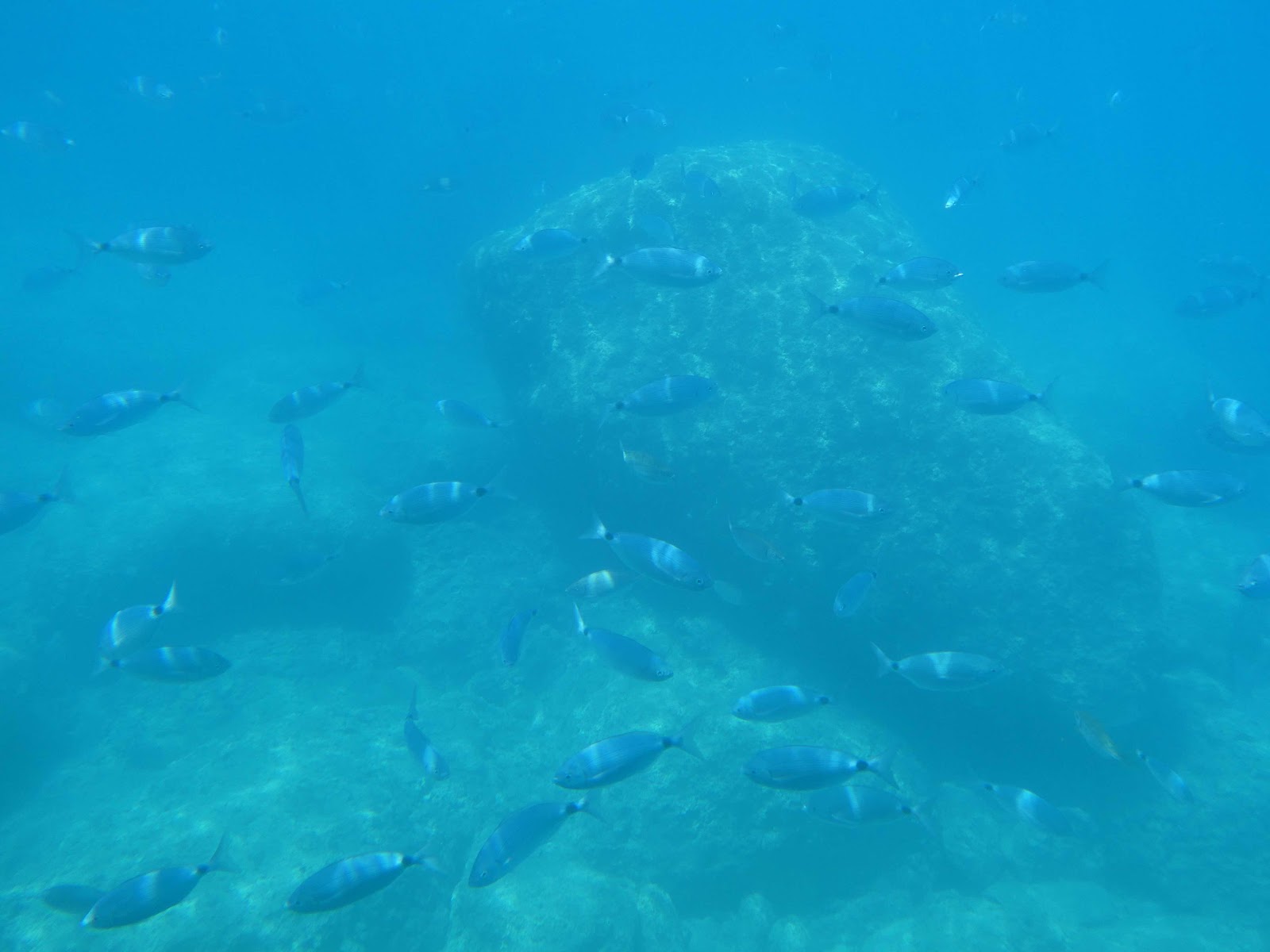 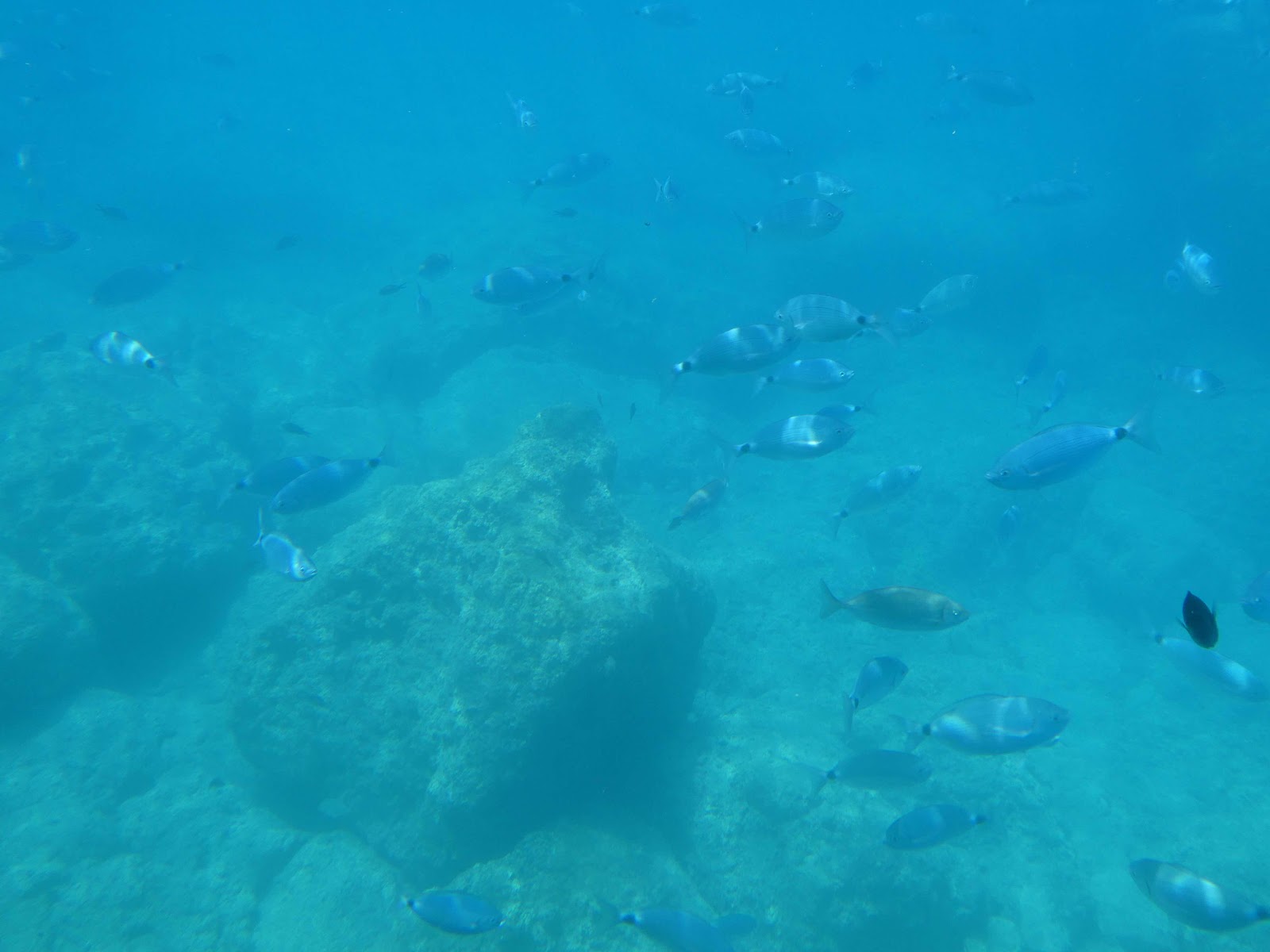 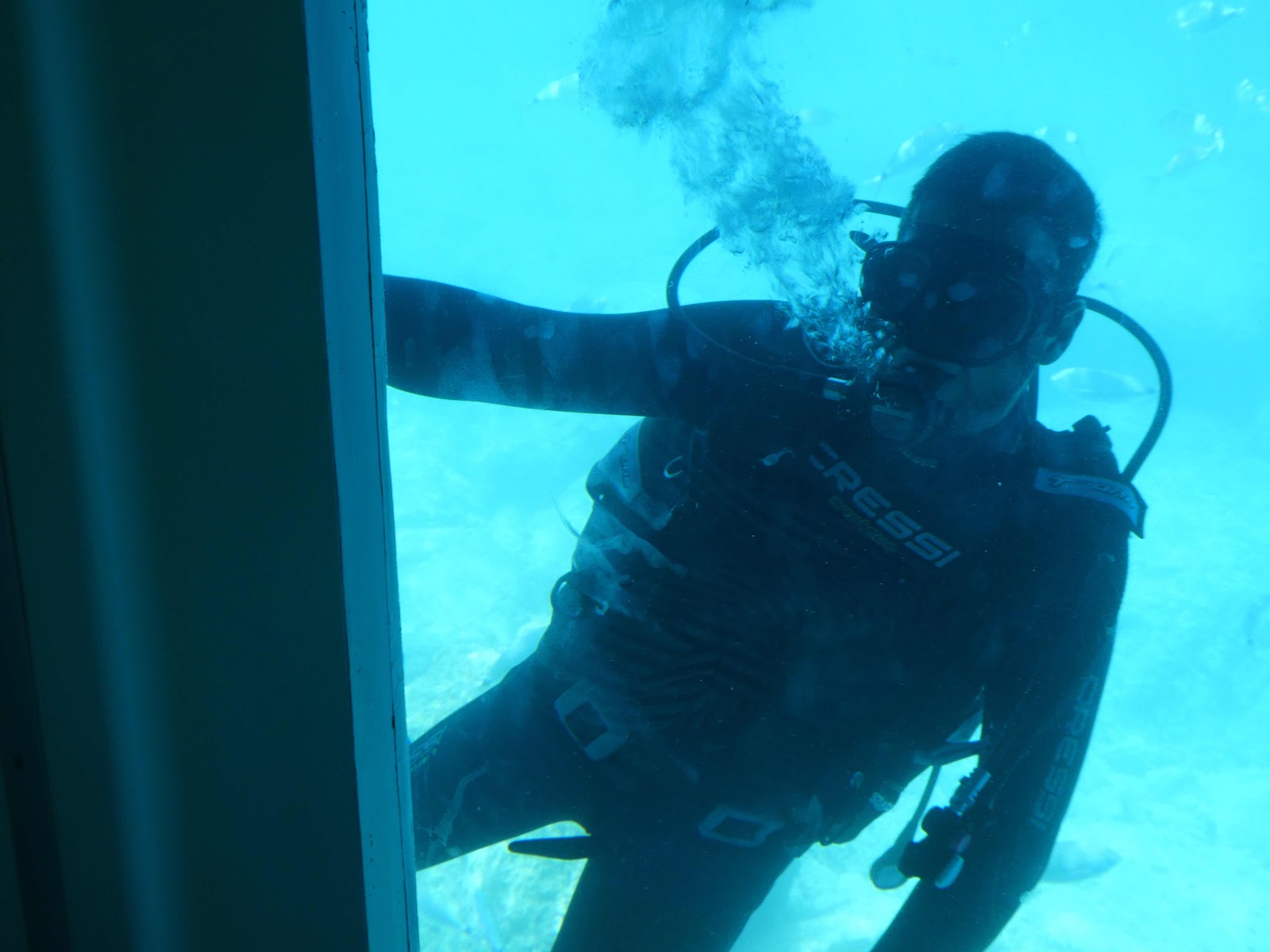 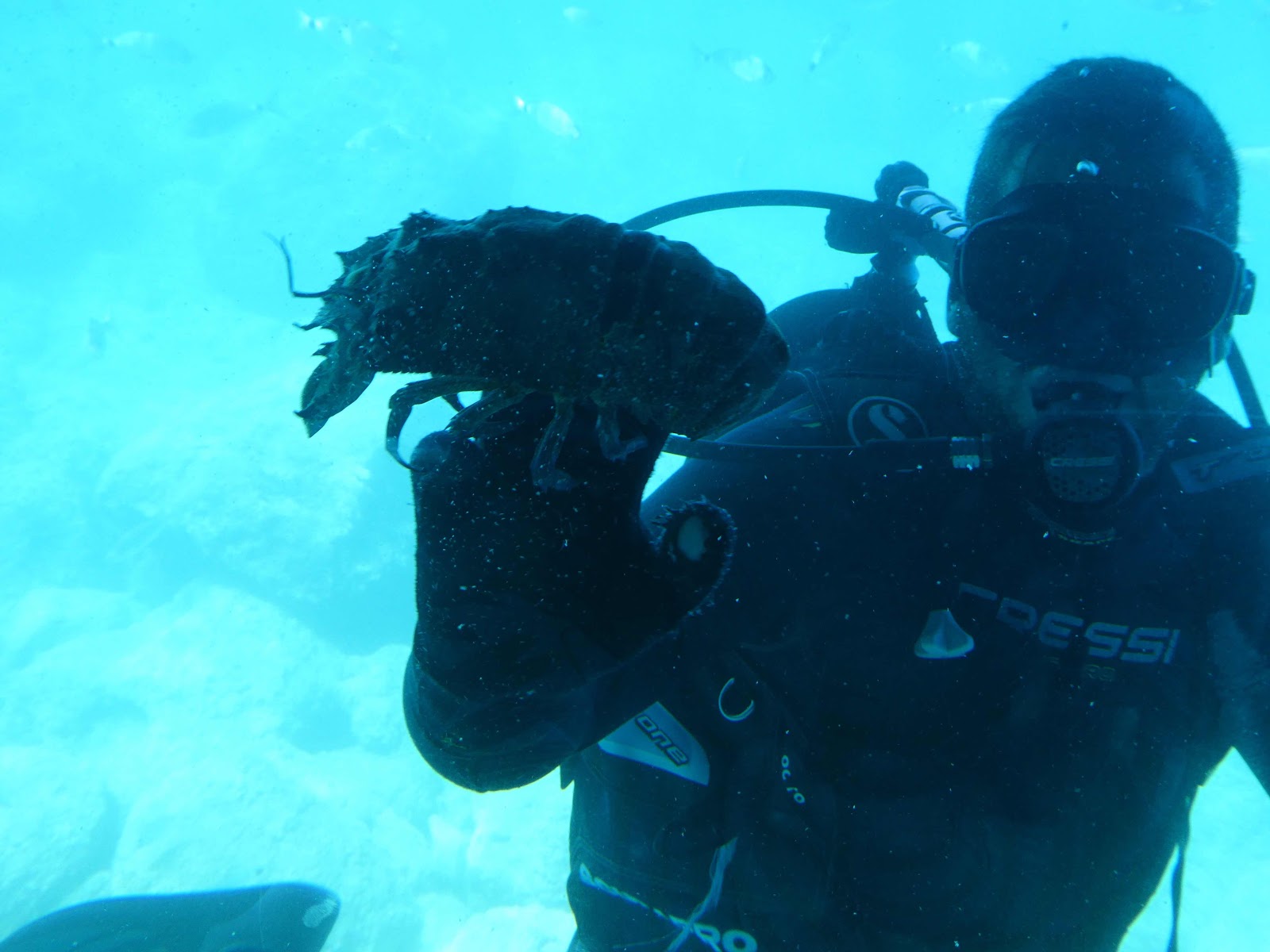 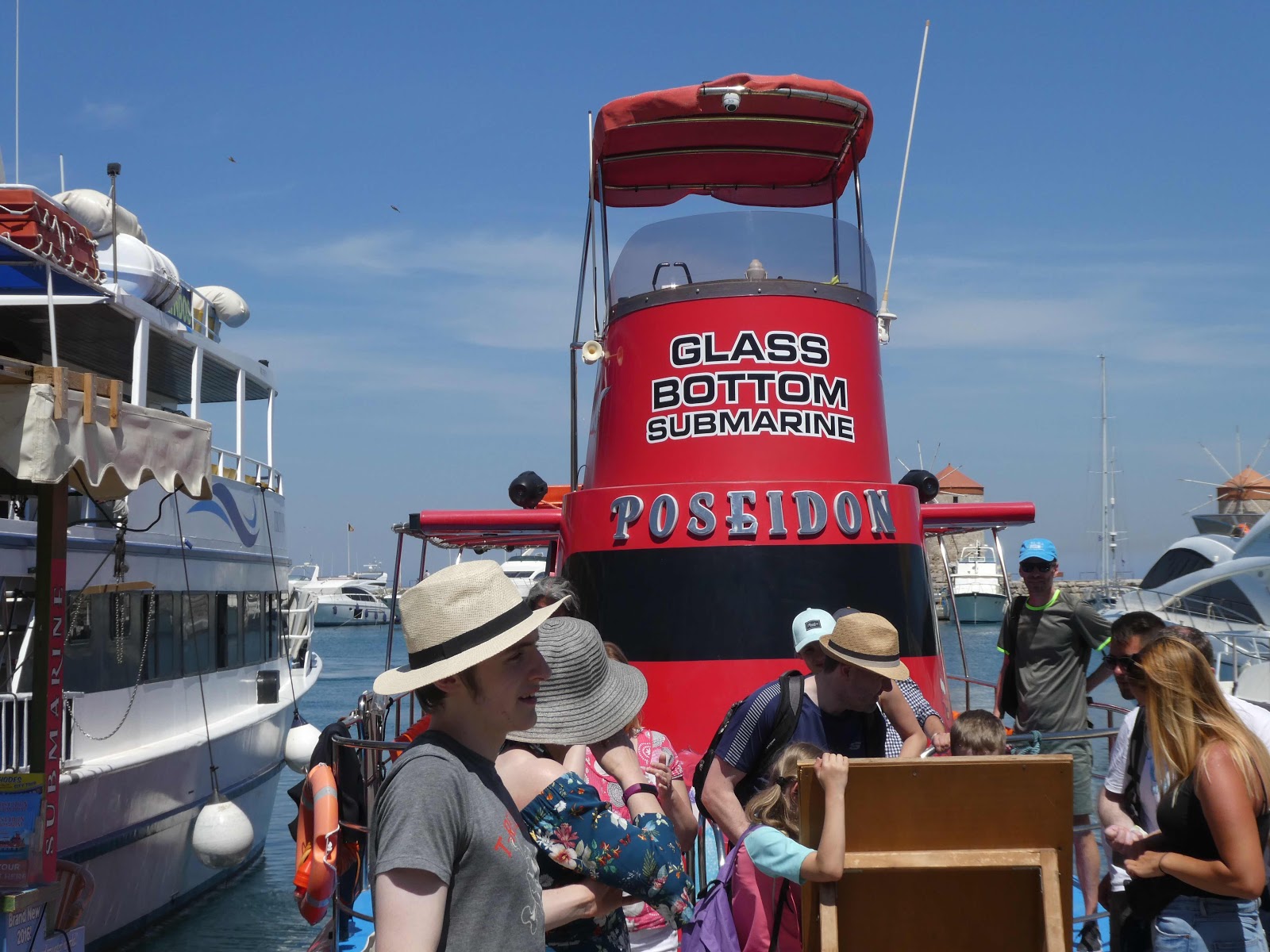 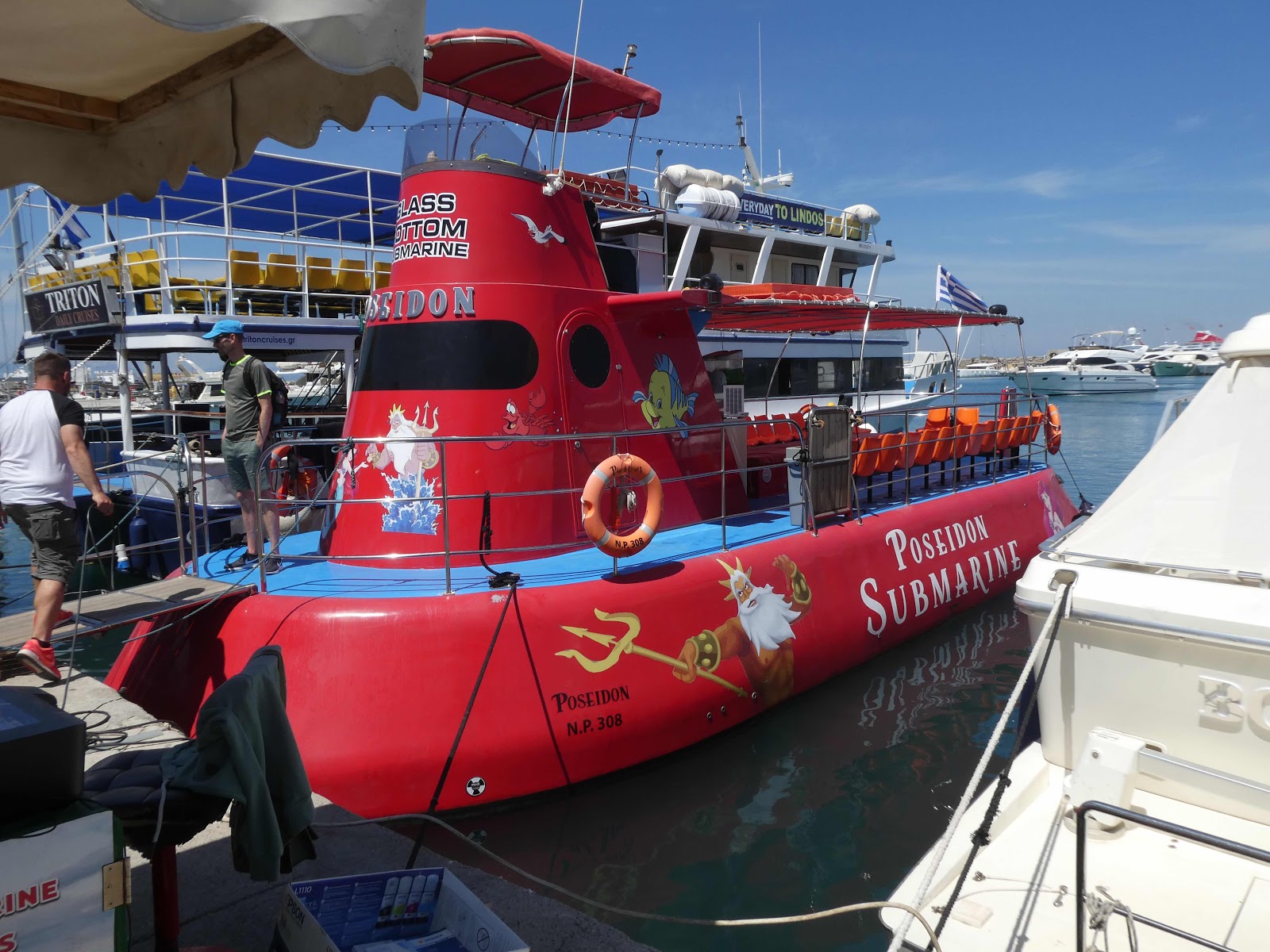 While we were in the harbour I took a few close up photos of Discovery - our cabin is top left (port) side. 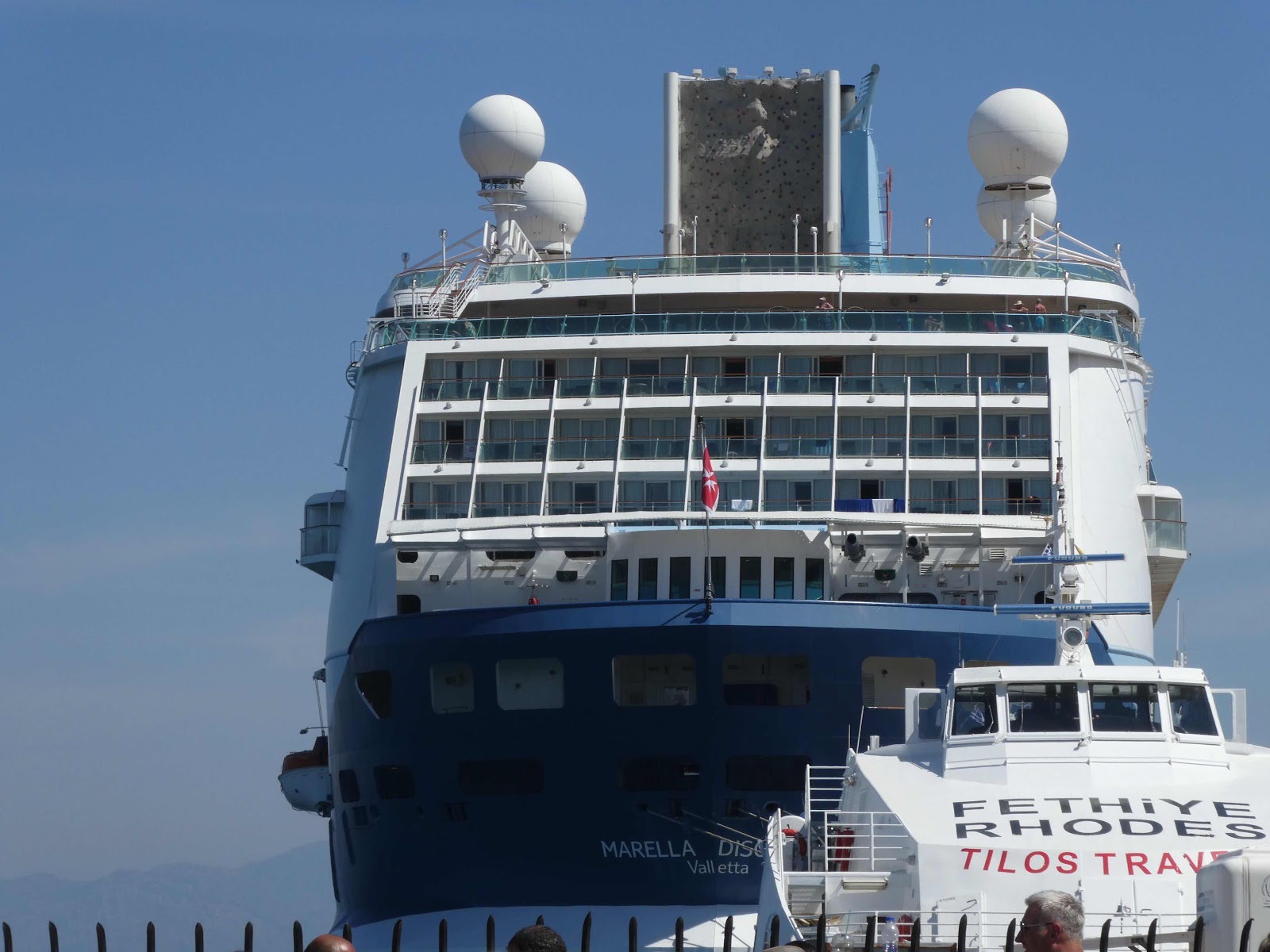 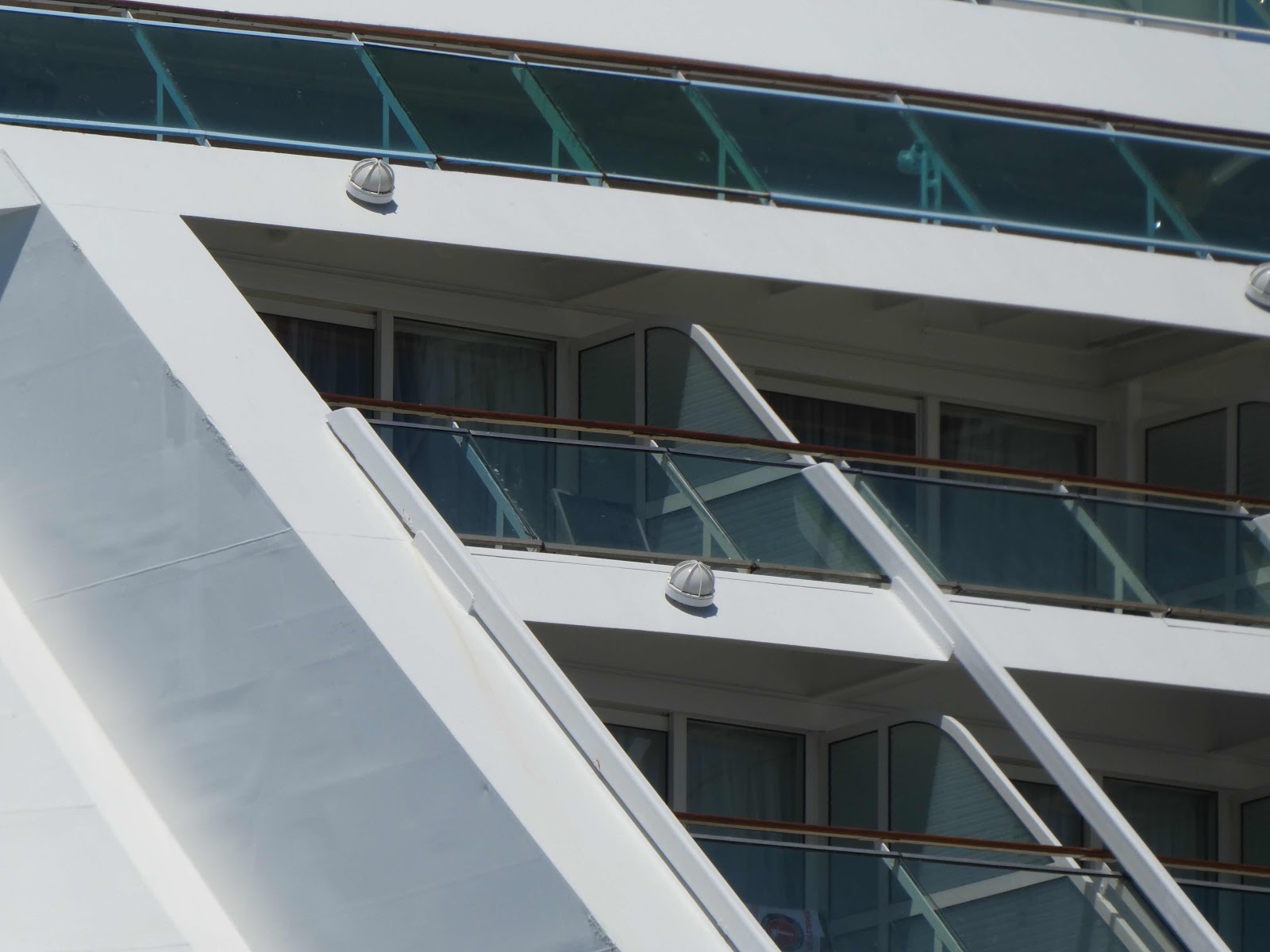 We were just about to start walking back to the ship when we spied a little road train so jumped aboard for a 45 minute ride round the newer part of Rhodes.  Having said that we did see the Acropolis of Rhodes .... 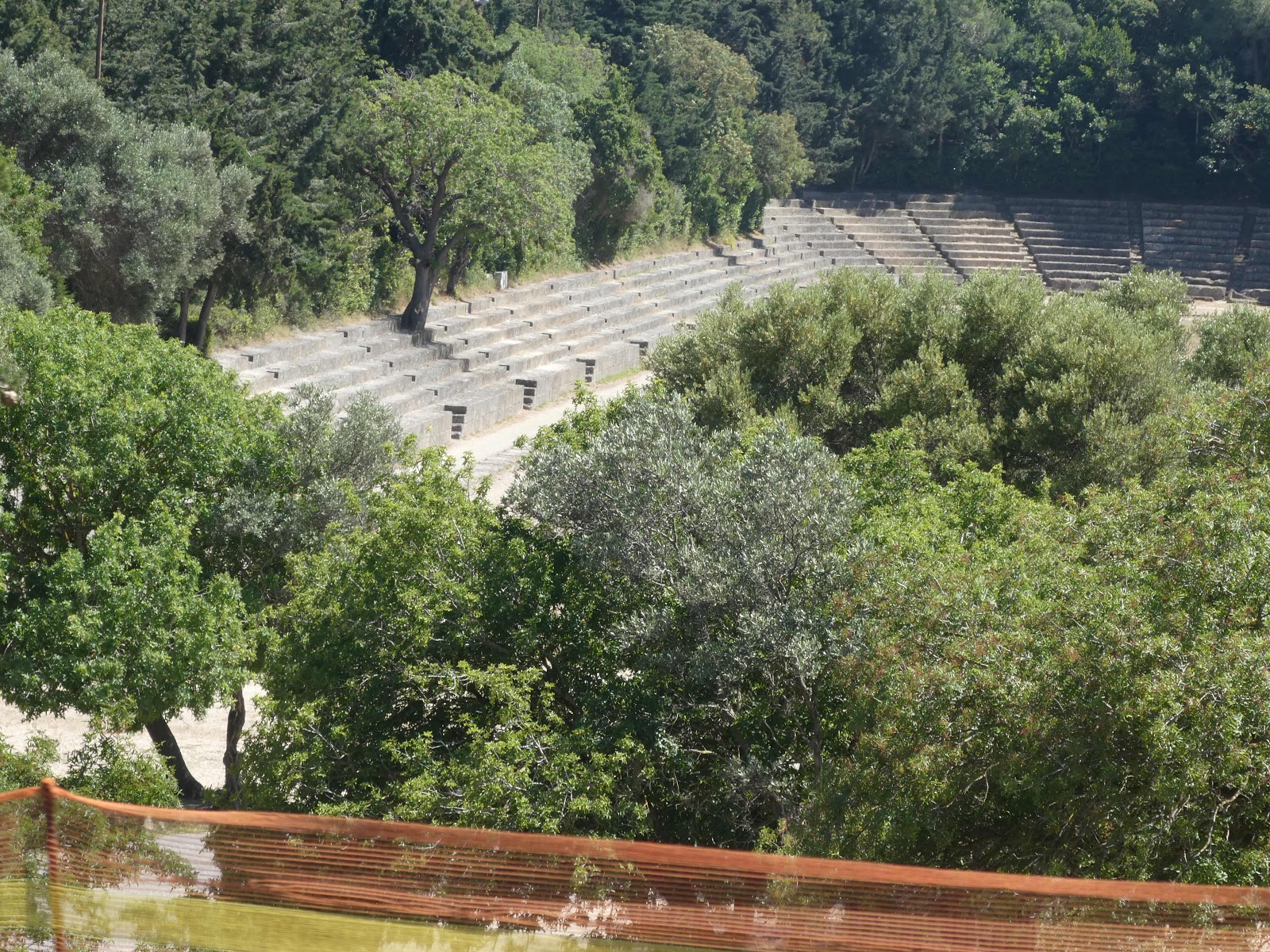 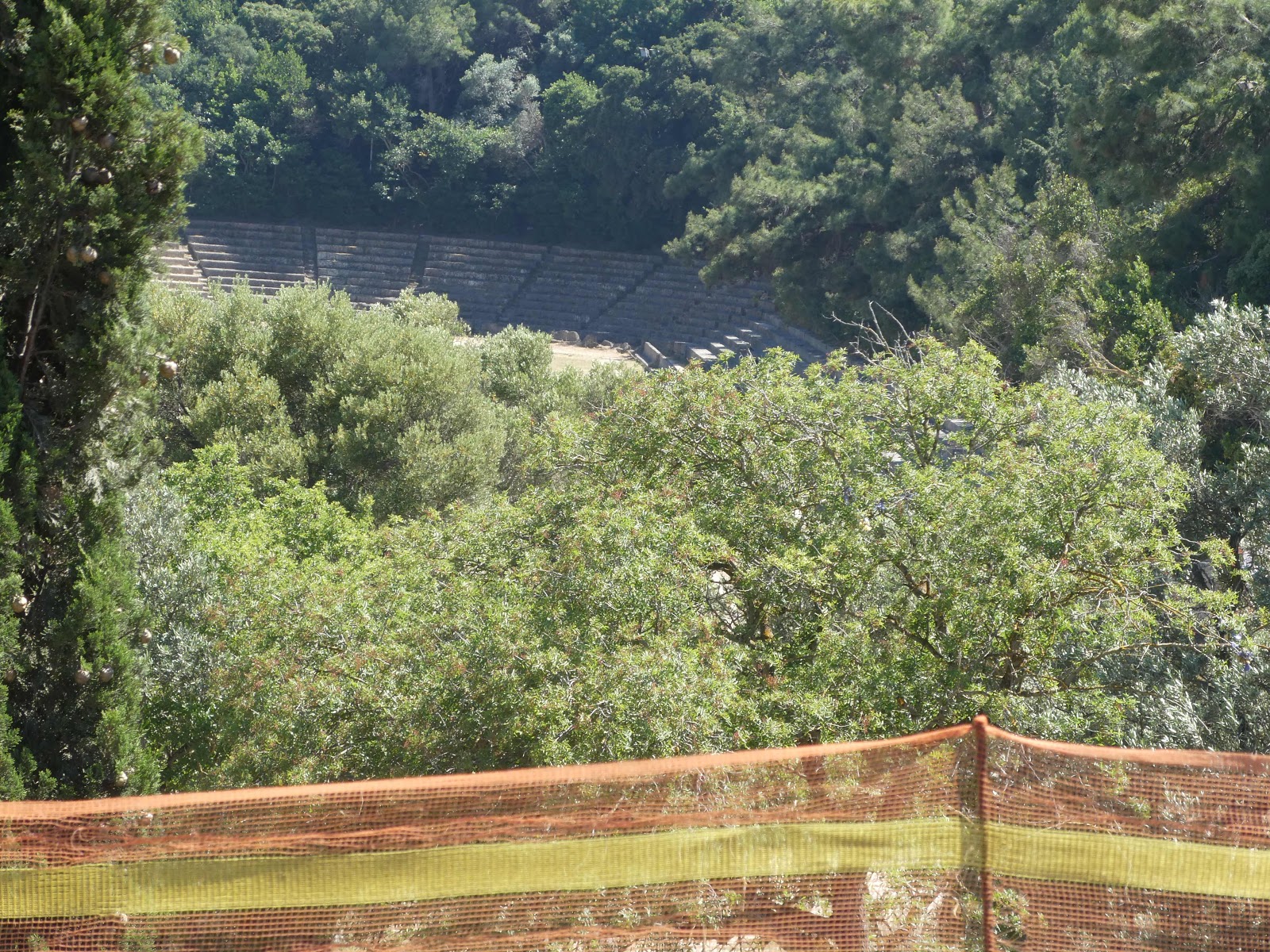 ...... and the Temple of Apollo - shame about the scaffolding though!  The monuments date from the Hellenistic and late Hellenistic periods (3rd to 2nd centuries BC) and include sanctuaries, public buildings, temples and underground places of worship. 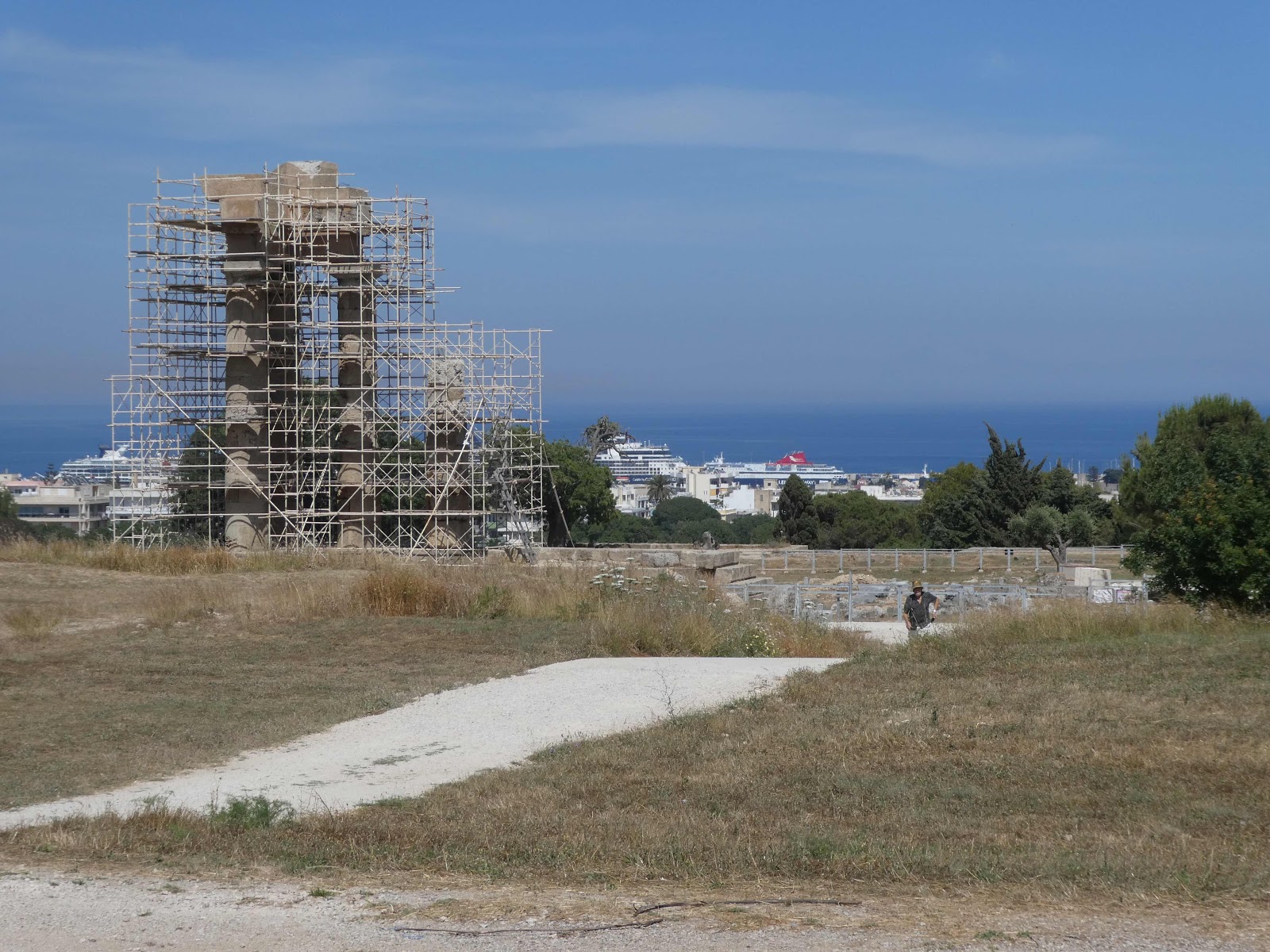 I noticed, as we were driving round, the amount of derelict property along with bright, shiney new properties.  Also the amount of beggars in the streets - one was even begging at traffic lights.  Another thing I have noticed is that, even though Greek law says you can’t use your phone whilst driving, lots of people still do it. Even our train driver was using his phone whilst being responsible for, I guess, about 40 people.

After our “train” ride we walked back to the ship in the scorching heat, well for me anyway!  We passed this boat which had been converted into a shop. 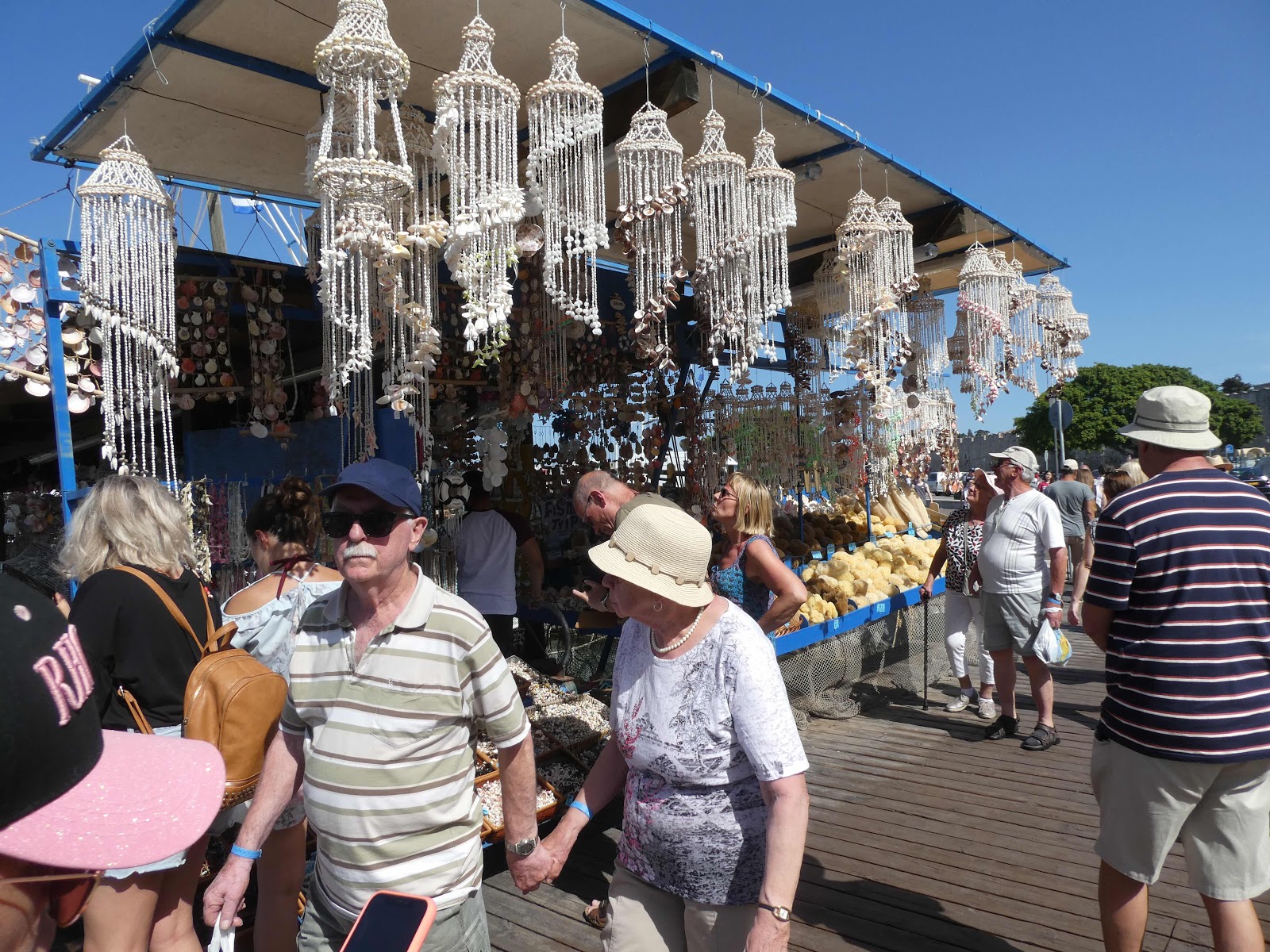 Posted by Linda Gifford-Hull at 16:06