My best night’s sleep so far this cruise 😊

The day started cloudy but warm and that’s how it stayed all day though it get hotter.

There seems to be fairy doors along the towpath at Aynho.  I sat silently last night for a couple of hours hoping to see a fairy but sadly I didn’t.  I bet they came out as soon as I had gone to bed. 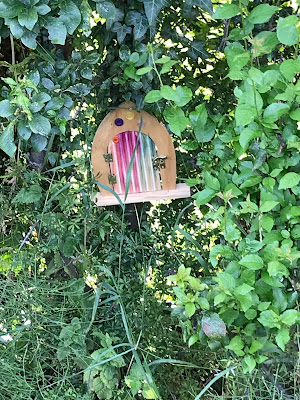 Our first lock of the day was Somerton Deep Lock.  At 12 feet deep it is the deepest narrow lock on the system.  The deepest lock goes to Tuel Lane Lock on Rochdale Canal at just under 19 feet however here there are lockies to help you through – we have done it! 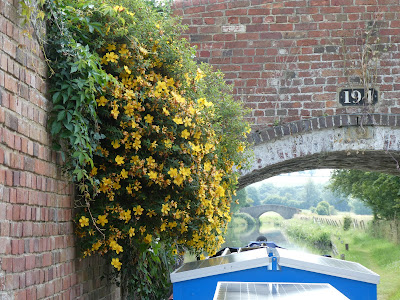 We passed the old RAF Upper Heyford.  I’m sure many of us remember it being a US Air Force base until 1994.  But I’ve found that its history goes back further than 1923 when it opened.  Back in June 1918 work on clearing the site began when a detachment of the Canadian Forestry Corps. The station was opened in July 1918 by the Royal Air Force. In November the Canadian Air Force was formed at Upper Heyford, by renumbering two RAF squadrons and posting in Canadian pilots and observers, and groundcrew trained at RAF Halton. By 1920 the aerodrome had closed, and the land returned to the owners, New College Oxford, to lease out for agricultural use. 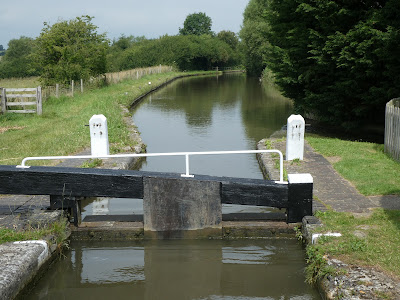 At Northbrook Lock Muffin found a long stick on the wrong side of the lock and was just going to try and cross the lock gate with it when Richard stopped him.  Muffin will carry a stick at the end and not in the middle and for him to have got the stick across the gate would have meant him falling in!  A few minutes later he went back and got hold of the stick by the other end and triumphantly carried it across the lock gate.  We sometimes think Muffin is a bit thick, but he must have gone away the first time and thought about things and realised he could do it!  Sadly, I was so busy laughing at him that I forgot to take a photo.

We moored up at one of our favourite places on the South Oxford.  Quite why Kirtlington Quarry is a favourite I don’t know but we always stop here.  It is now an SSI as the Jurassic rocks provide lots of evidence to tell us what the environment would have been like at the time these rocks formed. It is thought that Kirtlington lay near to the shore of a small barrier island, in a coastal environment, and would have been similar to the Florida Everglades today. These conditions attracted many animals to Kirtlington, and the quarry is famous among geologists for its rich diversity of fossils. Kirtlington, is most important for its mammal fossils, and the quarry is the richest mammal-bearing locality of Middle Jurassic age known anywhere in the world. 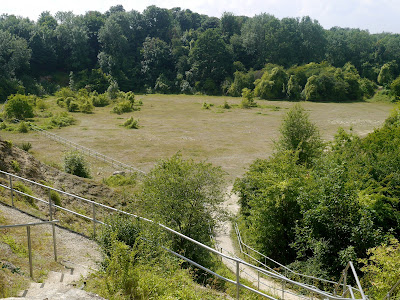 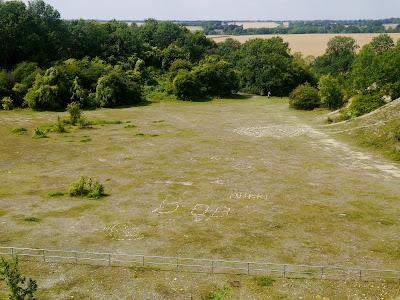 We had noticed that there weren’t many boats coming towards us, and it turns out that yesterday afternoon someone had tried to drive over the lift bridge at Thrupp as it went up!  When the bridge clonked down it was knocked off its bearings.  I don’t suppose it did the car much good either!

You may remember that I wrote to Black Prince about a child steering one of their hire boats yesterday which hit us.  I had the following reply this morning from the Operations Manager.

Thank you for your message and for reporting what happened with Meggie. I have been in contact with the yard at Lower Heyford where Meggie is based and they will have made efforts to contact those on board. In my opinion a child of that age should not be steering the boat given the clear lack of visibility from their position. We stress that all steerers should be in full concentration at all times while steering as it only takes a couple of seconds not looking for the boat to drift off course as has happened here. I am so sorry that this has resulted in a scrape to your boat, please monitor the damage and if you require any paint just let me know.

Thanks again for bringing this matter to our attention. As we approach the summer holidays we will remind all bases of the possible dangers of children steering and stress to parents the need to exercise common sense when handling the boat.
9.39 miles
5 locks

Posted by Linda Gifford-Hull at 10:45