Another short hop today but we planned on going the long way round.  I took these photos just before we left. 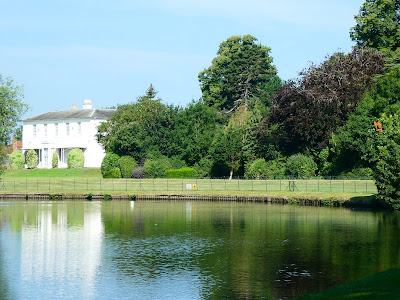 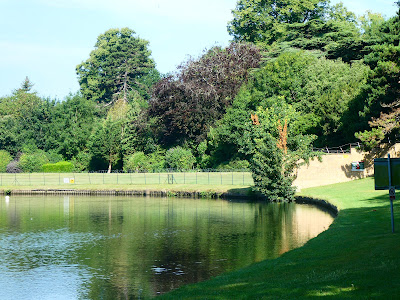 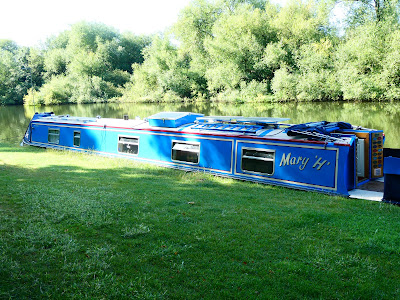 We had just pulled away from the river bank when there was a nasty clonk and the engine cut out.  As we drifted from one side of the river to the other Richard opened up the weed hatch and found a small log had wedged itself in the prop!  I realised that we were heading straight for the bank and some nasty looking trees.  I rushed through the boat and managed to fend off – protecting our cratch.  When I went back to the stern Richard was wielding a monkey wrench thingy (?) but he had, in fact, managed to free the log 😊 Last time we had “log gate” we had to call our River and Canal Rescue to do it! 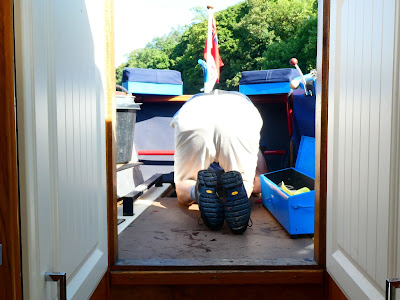 We cruised down the old river course and then did a sharp right hand turn to go down Desborough Cut.  We were hoping to moor up at Weybridge as we were having more visitors.

The Weybridge moorings looked to be full, but we found one space at the end and we didn’t even block the little slipway.

We got the chairs out on the bank in the shade and waited for Yvonne and Malcolm.  I used to work with Yvonne at IBM in Bedfont and we haven’t seen each other for at least 19 years!  They arrived and we sat out drinking coffee and catching up.  I can’t believe how many “old” friends I have managed to catch up with over the last few days.  Tonight it is family.


Gosh it was hot this afternoon.  We turned the boat round so we could leave the side doors open but nothing seemed to make any difference.  In the end Richard allowed me to have the fan on but that was only useful when I was sat in front of it.  Outside we had no shade whatsoever.

We met up with my first cousins, Alison with Malcolm and Simon with Kate.  We went to the Minnow which is a very short walk from the boat.  We were lucky enough to find a table under an umbrella so kept much cooler.  We didn’t leave until 11pm – the time just sped by 😊 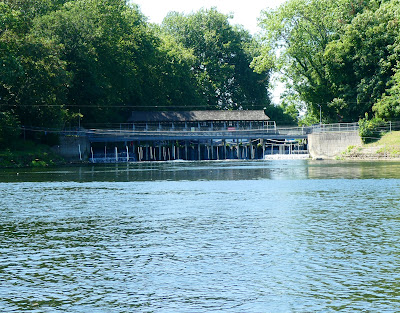 I am off home tomorrow for a few days to get my “Granny fix”!  I’m leaving Richard and Muffin on the boat to pootle around this area.  I will be back on Monday when normal service will be resumed!

Posted by Linda Gifford-Hull at 09:57