We have been on the Thames for a month now – we know this as we had to buy a new licence this morning!

We wanted to get away early as we needed water from above Abingdon Lock, and thought that maybe everyone else would move today too.  In fact, we left our mooring at 8.45am!!  Unheard of!

Abingdon Lock was on self service (well it was early!) and we shared it with one other boat, however the Lock Keeper came on duty at 9am so took over from us.  We pulled over at the services – dumped the dumpables and filled up with water while we filled ourselves with porridge.

There are plans afoot for my son and the family to come up on Wednesday, but the weather forecast is atrocious.  The best place would be Eynsham Lock but it’s not that far away, so we decided to moor before Sandford Lock.  We debated the moorings above the lock, but it was still quite windy, and the moorings are a bit open. 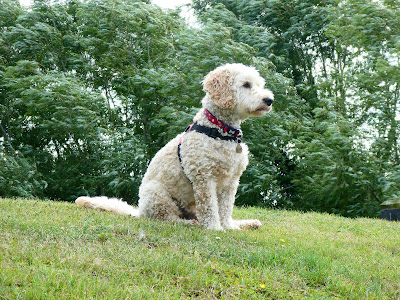 We are quite low to the ground and Muffin sat at the top of the bank waiting for his walk! 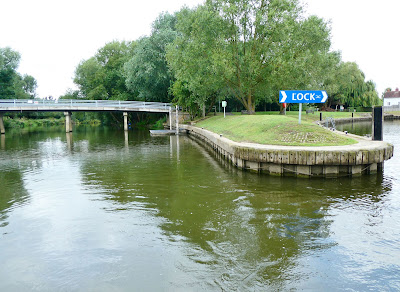 The afternoon was rather grey and uninspirational.  Richard took Muffin for a walk; I should have gone with him, but I bet you can guess what I was doing!  He came back saying that there are three Archimedes screws at the edge of the weir which have been operational since 2018.  They empty their water into Sandford Lasher, or weir, which is on the left bank well upstream of Sandford Lock. The pool below the weir has been notorious since the 19th century because of the number of individuals who have drowned there. Weirs, like the one at Sandford Lasher, generate powerful currents that can trap and hold a victim (and often attempted rescuers) underwater at the base of the structure; hence their reputation as "drowning machines".

Coming up the river from Abingdon is lovely.  We passed Nuneham House which was built in 1756 on the site of an earlier property and surrounding village by Stiff Leadbetter for Simon Harcourt, 1st Earl Harcourt.  Lord Harcourt demolished the original village of Nuneham Courtenay in the 1760s in order to create a landscaped park around his new villa. He removed the existing village in its entirety, rebuilding it and diverting the main Oxford to London road.   It is currently owned by Oxford University and is used as a retreat centre by the Brahma Kumaris World Spiritual University and is a Grade II listed building.  In September 2016 the house and a thousand acres of surrounding parkland were put up for sale for £22 million. 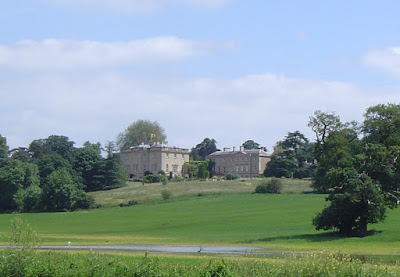 The Carfax Conduit was a water conduit that supplied the city of Oxford with water from 1617 until the 19th century.  It ran in an underground lead pipe from a spring on the hillside above the village of North Hinksey, beneath Seacourt Stream and the River Thames, to a building at Carfax in the centre of Oxford.  The conduit building at Carfax was an elaborate structure, some 40 feet tall, with eight niches containing statues of historic and mythical figures. By 1787 it had become an obstacle to traffic, and it was removed and replaced by a smaller cistern. The original structure was given to the Earl Harcourt, who had it re-erected in the grounds of his home, Nuneham House, where it remains to this day. Two plaques are attached to opposite sides of the building, giving a short history in English and Latin.  A building, now called the Conduit House, was built at Harcourt Hill over the spring. It remains in situ and is in the care of English Heritage. 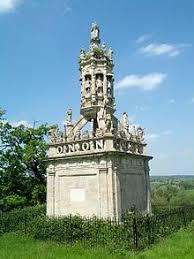