I took a sleeping pill last night as I was determined that the planes would not keep me awake – and they didn’t but then of course there are hardly any movements during the night anyway!  Between 11.30pm and 6am Heathrow is restricted to 5,800 night-time take-offs and landings a year. There is also a night quota limit, which caps the amount of noise the airport can make at night.  Around 80% of the night flights at Heathrow are between 4.30am and 6am with on average around 16 aircraft arriving each day between these hours. Heathrow also has a voluntary ban in place that prevents flights scheduled between 4.30am and 6am from landing before 4.30am. 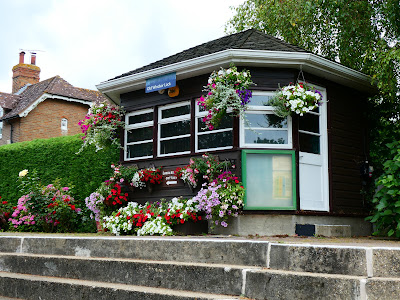 Old Windsor Lock was our first today.  I think the it has one of the prettiest lock offices on the Thames.  I was just looking up the lock on the internet and found that it was built in 1822 and that the first lock keeper was dismissed after demeanors which included digging through the bank of the lock cut and thereby causing the collapse of the new lock cut bridge!  Records tell us that the lock cost £2,476 to build, and the first lock keeper was paid the princely sum of £3.10s a month.

There is a lovely old building at Old Windsor Lock.  It doesn’t look a if it is use and could certainly do with some refurbishment. 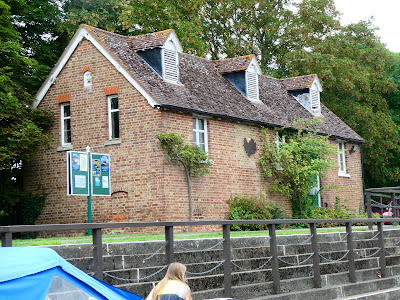 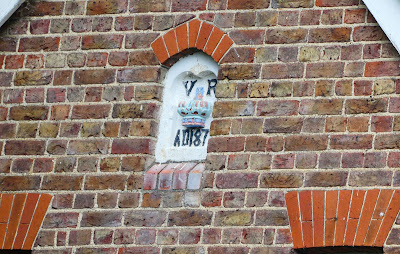 Up through Romney Lock – another side filler which I had forgotten about until the Lock Keeper appeared to have fully opened all the sluices – I really had to hang on tight! 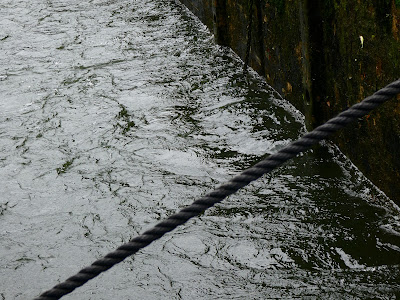 Windsor was quite quiet – well except for the swans and geese. 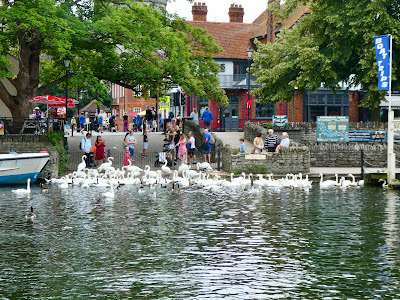 When we went down river the fair had moved onto The Brocas and it was still there – there wasn’t a single boat moored on that side of the river. 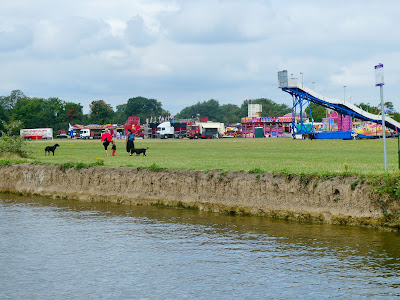 I am rather pleased with today’s photo on Windsor Castle. 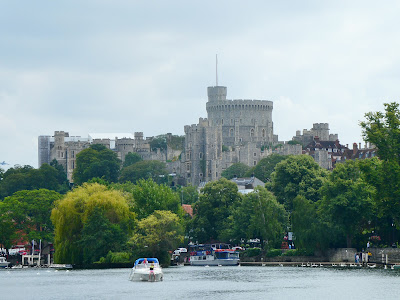 This plane looks as if it is coming in to land – didn’t know that Windsor had an airport! 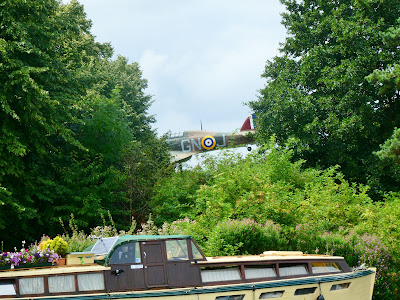 We dumped rubbish and loo at Boveney Lock and waited for the lock to empty.  It was then that we spied a fellow blogging boat – Still Rockin. But it wasn’t Carol and George as they have done a boat swap with Lisa and David from What a Lark.  I guess they didn’t recognise us in our new colours!

We had hoped to moor at the moorings above Boveney Lock but they had been full on our way down but there was only one boat on there, so we were fine.

I’m afraid that I spent all afternoon on my family tree as I had installed the new programme this morning.  The trouble was that I got my Mother’s side up to date then ventured into my Father’s side and that’s where the American saga begins – I can’t wait.