No one was in a hurry to leave this morning as we only going one mile and one lock.  Our first destination was the Trout at Tadpole Bridge.

Once we were on our way, we just had Rushey Lock to do which was on self service though the boss man was there overseeing a problem with the pumpout.  He said he would see us through but opened the gates and disappeared!  Sue played lock keeper instead.

It was then a short trip down to Tadpole Bridge where the pub’s mooring was completely empty – well it was 11am!  Tadpole Bridge dates from the late 18th century, the earliest reference to it being in 1784.  It is a Grade II listed. 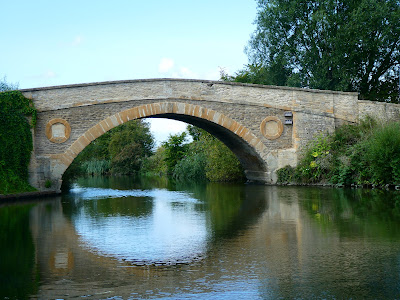 It was decided that 11am was rather early to be going into the pub so we all sat and waited for midday!!  On the first stroke of 12 four people emerged from their respective boats and ran (Ooops sorry – walked) to the pub!  We had been before but can’t remember when!  We just had drink in the garden – it was very sociable. 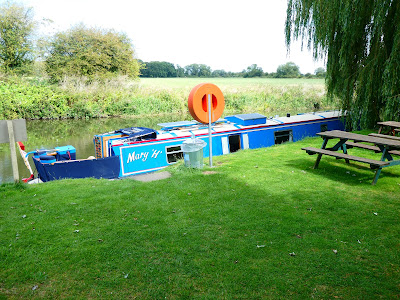 The Trout is a fully licensed wedding venue and you can have a garden ceremony under this wooden gazebo before sitting down to eat the wedding breakfast. 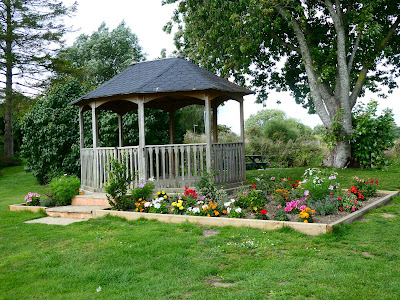 Andy took the lead on our way down river.  We had planned to stop opposite Chimney Meadow but there was already a boat on the two boat mooring so we stopped on the one boat mooring and Festina Lente went on to the other mooring.  Richard finally remembered stopping here before and he also remembered that there is nowhere to walk Muffin without going under a barbed wire fence – which, this year, is electrified!rg

This is a photo I took of Festina Lente going under 10 Foot Bridge – which is so called not because it is 10 foot high but because it spans a 10 foot part of the river. 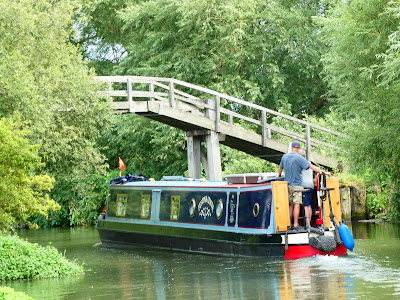 Opposite us is Chimney Meadows, which at 620 acres, is the largest nature reserve managed by the Berkshire, Buckinghamshire and Oxfordshire Wildlife Trust or BBOWT. Its fields are part of an ancient landscape, created by the Thames and shaped by centuries of farming. Once a commercial farm, the rich wildlife of this remote and tranquil place has been restored since the Trust started looking after it in 2003. Fields once planted with wheat and barley are now colourful, species-rich wildflower meadows. This type of habitat is important for its remarkable diversity of plant-life and as a home to nationally declining wading birds such as curlew, which breed here.

Posted by Linda Gifford-Hull at 09:54