We were woken up to applause and shouts of encouragement – I was a little perturbed (read what you like into that comment!!)  However, it turned out that there was a park run on and we had a very enthusiastic Marshall outside the boat. 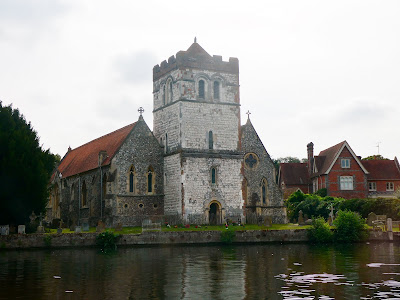 We cast off heading upstream.  Soon we were passing Bisham village, which has been known by various names down the centuries, was recorded in Domesday with its villagers, cottagers, slaves, vines and meadowland. A church was also recorded there, no doubt on the beautiful riverside site of the present building, the oldest part of which is the 12th century tower. The parapet, battlements and brick quoins were added in the 15th century. The tower contains three bells dating back to 1840.  The church has been considerably enlarged over the centuries. In Elizabethan times, Lady Hoby of neighbouring Bisham Abbey was responsible for the building of the Hoby chapel to house the magnificent tombs of two Knights, her husband – Sir Thomas – and his half brother – Sir Philip.  The trouble with Bisham is that it is on the wrong side of the river, but one day I will work out a way of getting there.

Temple Lock then Hurley Lock – so often Temple is on self service, but not today.

I wondered why Temple Lock is so called, well strangely enough, it is on Temple Mill Island!!  The island is named after the three watermills that used to be there for beating copper and brass. The island now has a modern housing development on it with a marina.  It could have been more interesting!

My favourite steam launch, Alaska, getting up steam ready for a trip. 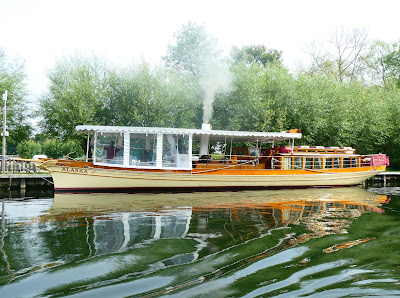 The stretch between Hurley and Hambledon is lovely with some nice properties but, sadly, I was ironing!!

Hambledon Lock is another side filler.  The Lock Keeper got 6 boats, of differing sizes in and made us take two turns round the bollard however he filled the lock so slowly I don’t really think it was necessary.

There was a regatta on the Henley course – it seemed to be a bit of a muddle but I guess the umpire knew what he was doing! 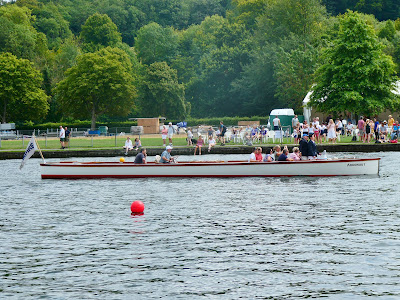 We found a space at Henley thank goodness.  We are moored opposite this house which on the market for £1,175,000 and the agent’s blurb suggests that you knock it down and rebuild it!  It has been interesting listening to passers-by chatting about it – most people say that they wouldn’t want it as everyone would stare in at you!  I agree! 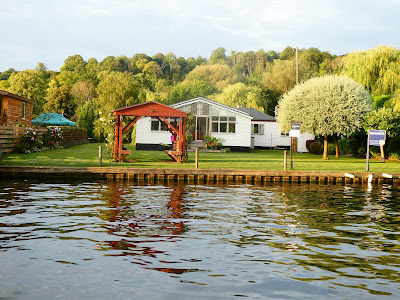 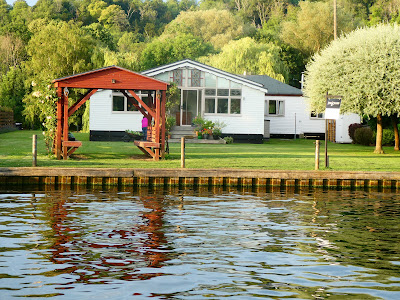 We walked into Henley in the afternoon.  The flowers are amazing especially by the river.  We have decided to do a BBQ tomorrow evening, so I needed to buy more food!!  We also couldn’t resist an ice-cream. 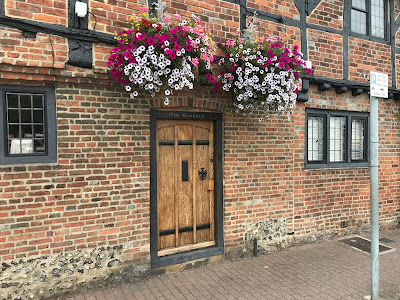 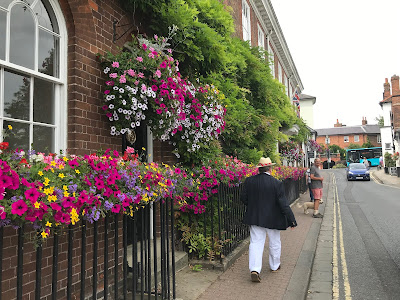 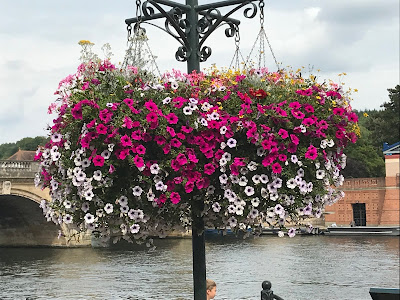 Posted by Linda Gifford-Hull at 20:36