We were having visitors today, so it was all hands to the pump to get the boat looking ship-shape!  As I knew I was going to have to do things today I had let stuff mount up – why on earth do I do that when it really takes a short time to get 60 foot of boat clean!

By the time Ingrid and Bob arrived we were sitting peacefully on the bank.  Muffin went berserk as they have two dogs who are great friends of his, but they hadn’t brought them – one disappointed dog!  We sat and had a coffee and then an early lunch then it was time to do a boat trip.  Bob and Ingrid hadn’t been to the boat before and I think they were quite surprised at what they found – nicely surprised that is! 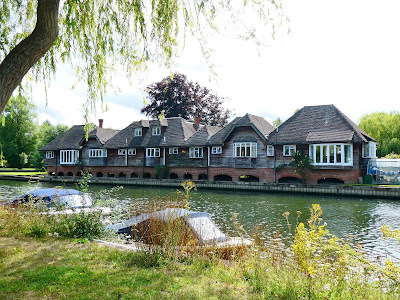 I wanted to take Ingrid up to Shiplake Lock so she could see the beautiful houses.  Unfortunately, everyone else had the same idea and the queue for Marsh Lock was very long.  It didn’t help that the lock was on self service.  Fortunately, by the time we got to the front of the queue he was back and was squeezing as many boats as possible into the lock.

The trip up the river was lovely.  Ingrid and I sat in the cratch and played a game of choosing a house to buy, how many staff we would have and how many and what animals we would have.  As ladies of a certain age it was amusing!!

I took these two photos while we were waiting at Marsh Lock.  Two houses which are in dire need of some renovation which would make them lovely waterside properties. 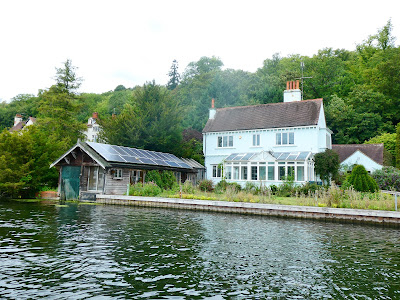 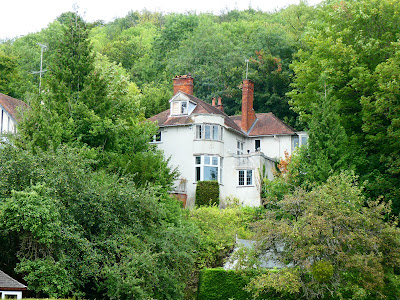 We turned round before Shiplake Lock and headed back to Marsh Lock which was still busy – we had to wait as there was one of the super-large Le Boat in there which took up almost half the lock.

This is the other side of the house on the island which is up for sale for £1.275,000.  It really doesn’t look anything for that sort of money.  Earlier I heard someone say that it had been up for sale for 3 years! 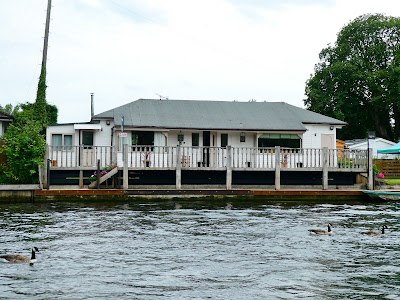 We went down through Henley – it really does look pretty from the river.  Down the regatta course and then we pulled over at Remenham Farm.  The BBQ was soon set up and the coals heating up.  After all the food was eaten, we packed up and went back up to Henley to drop Bob and Ingrid off to collect their car.  We were fortunate enough to find a mooring place in Henley – quite a relief as I really didn’t want to have to go back down to Remenham Farm again.

We had had a lovely day with good friends – a real pleasure to have them aboard.