I had a really bad night’s sleep ☹  Richard had restless legs which, in a 4 foot 6 inch bed isn’t good!  I think it was about 2am when I finally got to sleep then Muffin woke me up wanting to go out at 6am.  We think he had eaten something unmentionable yesterday as his nose had been all green!  Please don’t over think this!

It was nearly 11am when I surfaced from the bedroom, but I was showered and had washed my hair.

Sue hadn’t been well over the weekend, but she was feeling better today and I got a message from her suggesting a lunchtime drink at the Trout.  We decided to have a snack lunch, but I didn’t eat again for the rest of the day!  It was a really enjoyable lunch time which ended up with our last drink being taken in the garden overlooking the weir.

On our way back to the boats we came across two men with a stretcher!  However, on examination of the body we noticed it was a dummy!  They were walking the Thames Path from Cricklade to the Iraq Memorial in London in aid of the Lance Corporal Ben Hyde Memorial Trust.  Ben Hyde was killed in a shooting in Majarr Al Kabir in 2003 along with his five comrades.  The Trust raises money for varying Military Charities along with Community Services.  If you see them, please give them a wave and a donation of course. 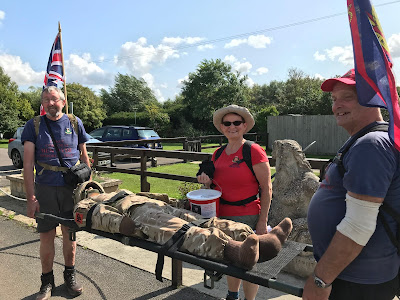 On our way back to the boat we saw a pedalo which would had been rented from the Riverside pub.  It was still very windy across the meadow, so I hope they got back safely. 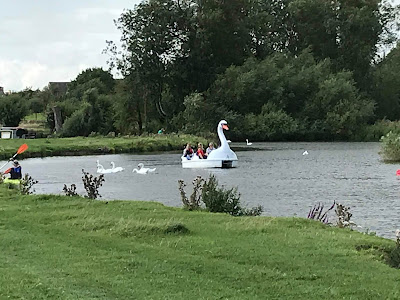 Richard and I then walked into Lechlade to stock the fridge up as there won’t be any shopping for possibly a week!  I wanted to go and look in the Church, but it was closed for the children’s summer club.  The present Church was completed in 1476; but there was certainly a Church on the same site before that. Only small fragments of this earlier church remain – possibly the font, the figure of St Agatha in the north aisle, and 13th Century piscine in the south aisle.  It is thought that there was a Church dedicated to St Lawrence in 1255 and that this Church was one of the few in England that had the privilege of sanctuary.  There is also mention of the parish of Lechlade in 1086 in the Domesday Book. 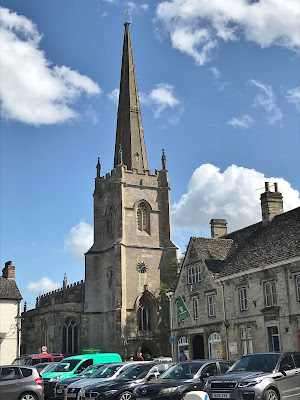 The Church clock has been annoying me since we have been in Lechlade as it is about 5 minutes slow! 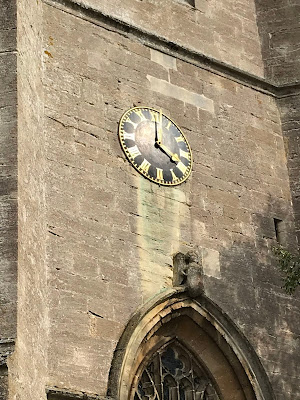 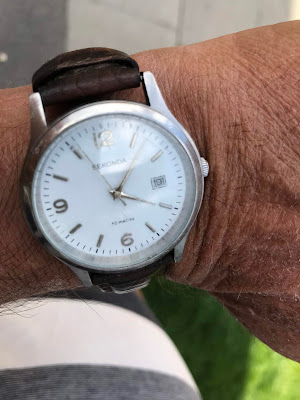 After we had done the shopping we walked back to the boat through the cows.  They are very laid back and don’t really care about people and dogs at all.  A few of the heifers have green spiked nose rings in, these are mainly used for the calf weaning.  The ring is worn on the nose of the calf, when the calf goes to suckle from its mother the spikes stab her and she won’t allow the calf to feed.  It all sounds rather cruel to me but then farming can be a bit like that.  By the way you can buy them on Amazon! 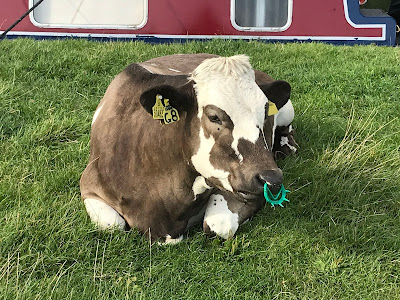 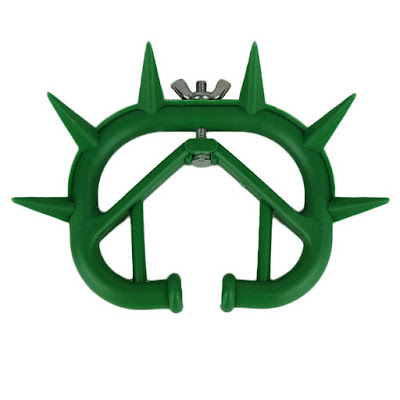