We crept under the low Osney Lock and said goodbye to the gin palaces – oh sorry, motor cruisers with flybridges.  Through Port Meadow where the cattle were having a paddle. 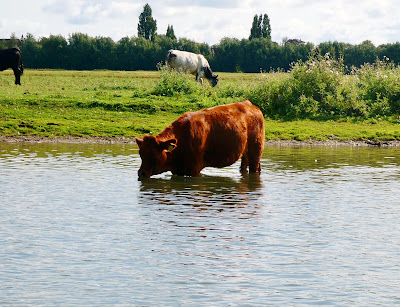 Godstow Lock was our first lock today.  Here I found a lady Lock Keeper who is a Sarah Millican lookalike!  We shared the lock with another narrow boat and the crew in the bow announced it was his first lock and he looked terrified!  “Sarah Millican” helped him with his rope and took it very easy with letting the water in. 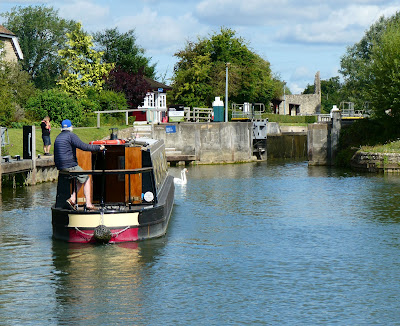 King’s Lock is the first of the manual locks and once more we shared it with the same narrowboat as before and the crew yet again announced that it was his first lock, so the kind Lock Keeper helped him!  I explained to him about throwing the rope over the bollard, but he said, jokingly I hope, that he wasn’t a cowboy! 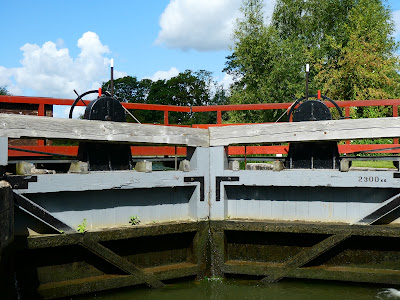 Once through King’s Lock the landscape changes.  It suddenly becomes rougher (I can’t think of a better word).  Gone are the manicured fields of barley (isn’t there a song about that?) and other cereal crops and into rough fields where cattle and sheep graze.  The River’s banks look welcoming though I gather you have to pay for mooring in most places now.  I just love the way the Thames changes – it wasn’t that long ago that we were looking at the expensive houses around Henley.

There are some mighty big termites around here! 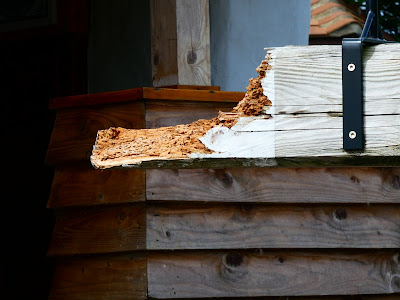 We lost the newbie narrowboat somewhere between King’s and Eynsham Locks.  We pulled over and dumped the dumpables and took on water.  I should add at this point that the family aren’t coming tomorrow.  Tobyn is being potty trained and a long journey probably isn’t a good idea!  Also, the forecast for tomorrow is pretty dire.

Up through Eynsham Lock and under the lovely Swinford Toll Bridge. 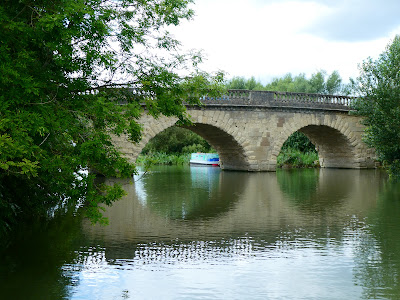 Swinford Bridge is a Grade II* listed structure.  It is exempt from paying income tax, capital gains tax, inheritance tax or VAT thanks to the law passed in 1767 granting private ownership to the Earl of Abingdon.  It was put up for auction in 2009 by the estate of the previous owner who had paid £250,000 for the bridge in about 1985, and went for £1,080,000.  About four million cars cross the bridge every year, paying a 5p toll, while lorries pay up to 50p. It has a gross annual income of around £190,000.  As part of the sale, its new owner gets a two-storey Grade II listed Cotswold stone cottage next to the bridge, as well as a car park and more than four acres of land, which contain part of the riverbank and an area of woodland.

The Thames starts to wind from here on – but not quite as badly as the South Oxford does where one can feel quite disorientated!

Pinkhill Lock was, it turned out, our last lock.  We didn’t really know where we were going to stop, Richard is always on the look out for a good Muffin place and he found one at Pinkhill Meadows.  We pulled over and moored up – Muffin was ashore like a shot sniffing the ground and rolling in the long grass.

Posted by Linda Gifford-Hull at 14:09