We were late getting away this morning but who cares?  We don’t and we aren’t in hurry!

If the theory that a bumper crop of berries means that it is going to be a hard winter is anything to go by, we are in for a really cold one. 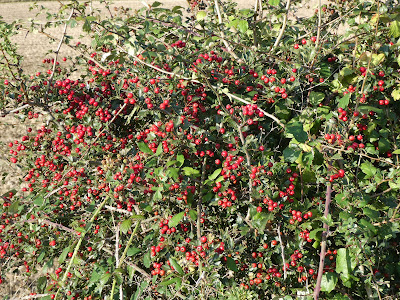 We passed the site of HS2 and were amazed.  We were last here on July 5th and this heap of earth wasn’t anywhere to be seen!  I guess there must be other HS2 sites around the country but what will happen if, in the end, it doesn’t go ahead?? 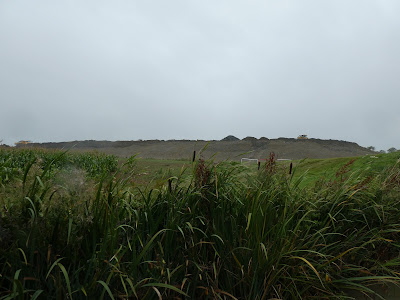 This is a photo of our course today.  The canal between Fenny Compton and Marston Doles is crazy!  It takes 7½ miles to travel the 3¾ miles the crow would fly. (Those are my measurements and I don’t take any responsibility if they are wrong!!!).  The summit pound is also the highest and is almost 11 miles long.  The Oxford Canal is one of earliest canals built. It was initially designed by James Brindley but, sadly, he died in 1772 at the age of 56 and was succeeded by Samuel Simcock and Robert Whitworth.  It was opened in sections between 1774 and 1790 with the purpose of bringing coal from the Coventry coalfields to Oxford and the River Thames. 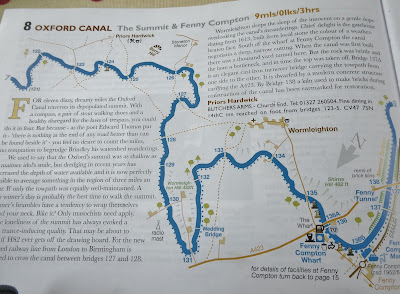 At the top of the Napton flight of locks is Marston Doles, a small hamlet which I guess grew up round a wharf.  Welsh Road, which runs right by the canal, was a drover's road running through the Midlands, used for transporting cattle from North Wales to the markets of South East England but that was well before the canal was built so maybe the two being so close to each other is just a coincidence.  The nearest building to the canal I suppose was the wharf but I have never noticed before that it was built at an angle 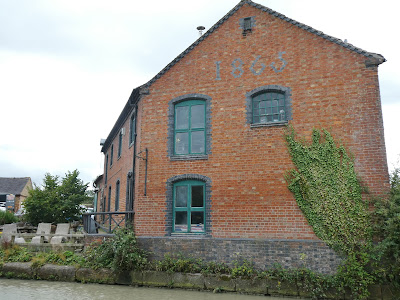 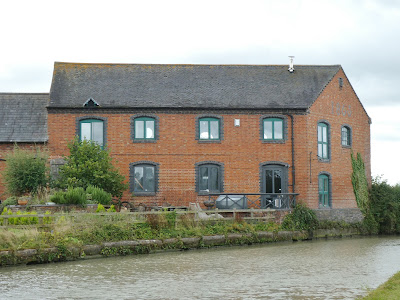 For canal users Marston Doles is known for having a nasty left angled turn (when going down, right angled when going up!!) to the top lock.  Today was very windy and I thought I had got it right but nope, the wind caught me, but I still managed to get into the lock with only a couple of bumps!

We stopped for lunch after the second lock then set off to complete the other seven locks.  There was quite a strong side wind which made holding the boat difficult – either on the bank or in the water.  I got fed up of steering and gave up with only three locks to go.  However, we pulled over just above the bottom lock and moored up in the sunshine.

I was determined to get a good photo of the water buffalo, but the wind had other ideas and twice got me into the reeds – note to self, taking photos while steering on a windy day is not a good idea!  It was rather amusing looking through the photos and I ended up deleting all bar these two. 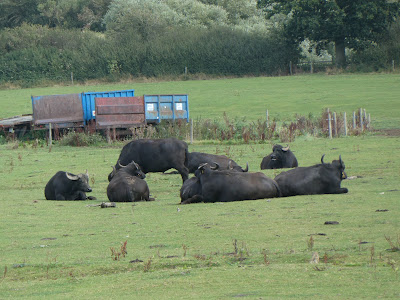 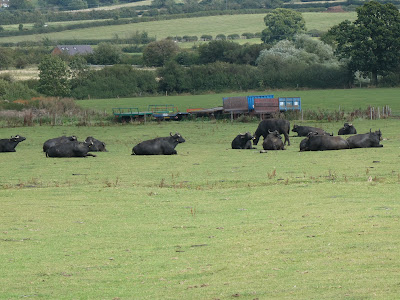 Napton Water Buffalo now milk approximately 140 cows and have around 100 young stock.  You can buy buffalo ice cream and burgers but not buffalo milk as that all goes to make mozzarella at Laverstoke Park Farm, which is owned by 1979 Formula One World Champion, Jody Scheckter.

We moored up just before Napton Bottom Lock as we like that better than the visitor moorings below the lock.  We went to The Folly for dinner, I had booked a table which was just as well as it was busy.  The menu is nothing special, a typical pub one, but the food is cooked well and very hot.  It remains one of our favourite waterside pubs. 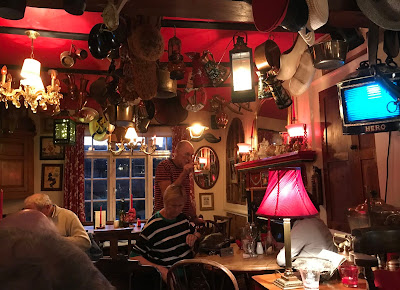