A lovely bright sunny morning and we were away by 9.45am.  It was really strange as not one boat had gone passed us, in either direction, since we woke up but there was one coming out of Hardwick Lock and then one waiting to come in at the top.  We then started to see quite a few boats and the first four locks were easy but then the other boats seemed to stop and our last two locks we had to ourselves.  We had planned to moor the other side of Elkington’s Lock, but Richard pulled over after Varney’s lock and that was us for the day.  We have planned our trip back to the marina, so that we have nice short 3½ hour days.  Wednesday’s trip takes us to the bottom of the Napton flight so it would be really rude not to partake of the Folly’s menu!! 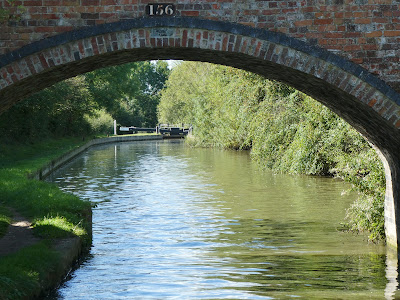 These two are ready for Christmas 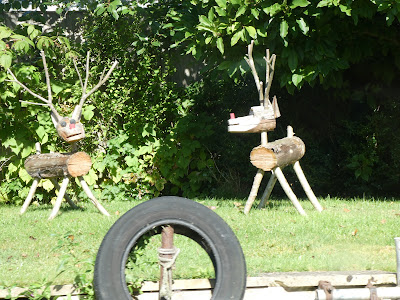 We shared the locks today – taking it in turns. 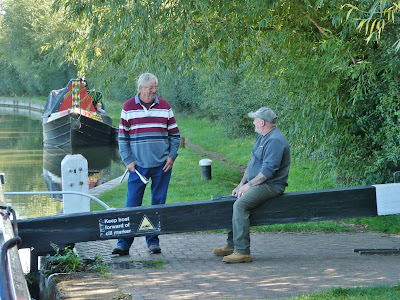 We passed these two ducks who seem to think that there is a flood coming! 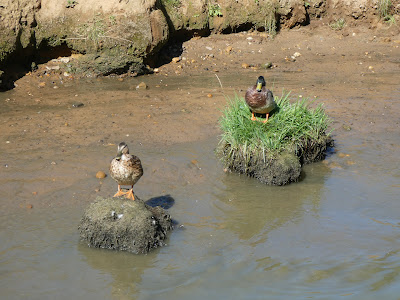 I like Cropredy Lock, it is pretty but I wouldn’t like to live there as one has to walk very close to the front door and windows when operating the lock. 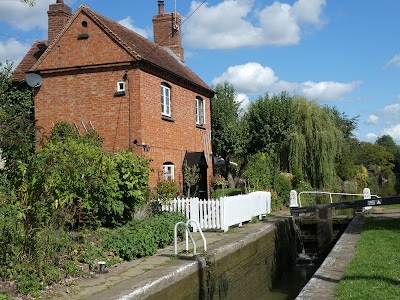 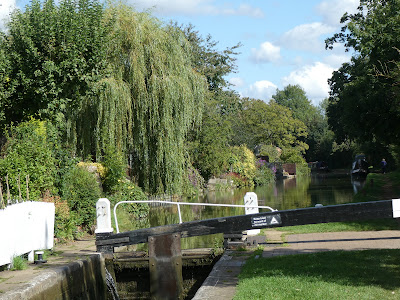 Opposite us are two white geese that appear to live on the bank.  They are a funny pair – I’m not sure what sex they are, but they follow each other around though one of them is a bit lame.  Now me being me just had to look up how to sex a goose – I think I might just leave the venting method, but I did find that “sexing adult geese is more difficult as there are no definitive, obvious differences between males and females. Males are typically larger and have more shrill voices. They also seem to walk around appearing a bit cockier with their chest stuck out, especially when challenged.”  As we don’t know if they are Arthur or Martha (yes, we do watch Eastenders!) we have called them Milky Bar and Kinder!  We are moored just before Varney’s Bridge and have renamed it Goose Pie Bridge! 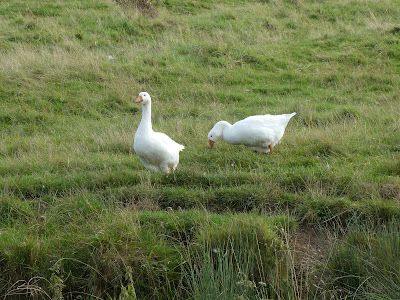 Part of our planned route back to the marina was to stay put today as the weather forecast was for rain all day.  However, we had one shower in the early afternoon!  It wasn’t worth moving on though as we don’t want to get to the marina too early.  There is a BBQ at the marina on Saturday which works out well for us as we were always going home this coming weekend anyway.

I had a dreadful night’s sleep and didn’t get up until midday.  I didn’t sleep the whole time but dozed on and off.  I do hope I can sleep tonight. 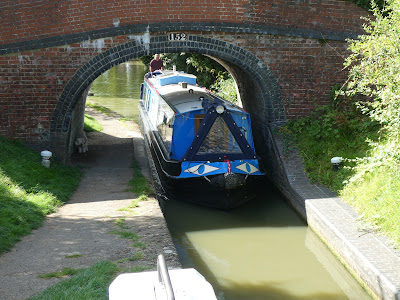 We are having real problems with a Calor Gas bottle.  It was being used at the beginning of our trip and the oven kept going out, so Richard changed it to the second bottle.  That one ran out the other day and we had forgotten about the problem.  I was cooking a Tesco frozen joint of pork which took 3 hours and 20 minutes!  I was also doing some roasted vegetables.  With about 30 minutes to go I went to turn the veg over and found the oven was more or less cold.  I relit it and went back to it about 10 minutes later – it had gone out again.  In the end I sat on the step beside it and watched it like a hawk!  Fortunately I have a meat thermometer on board so was able to make sure that the meat was cooked but we had soggy veg ☹